The most important advice and information before traveling to the Netherlands

Montenegro is distinguished by its distinguished location, which made it a distinctive tourist destination for people from all over the world, as it is located in southeastern Europe, along the Adriatic Sea of ​​the Mediterranean, and is bordered by Bosnia and Herzegovina on the northwest, and Serbia on the one hand. The north-east, and the state of Albania on the southeast, bounded by the state of Kosovo on the east, and the state of Croatia and the Adriatic Sea on the southwest, and this country is located in the central west of the Balkans in the southern end of the Dinaric Alps.

The most important tourist places in the state (Montenegro) Montenegro

1- The city of Ulcinj

It is a wonderful city famous for its beautiful beaches and Ada Bojana Island, which has a picturesque nature. Perhaps the splendor of the minarets in this beautiful city has added charm and a special luster that you can discover when visiting.

Read:The coordinates of the most important places in the Kingdom of Bahrain

Although it is one of the smallest national parks in Montenegro, this beautiful park has unlimited diversity when it comes to plants and animals, including 500-year-old trees.

It is one of the most famous parks in Montenegro, where the park includes high-altitude peaks and 18 glacial lakes, and therefore gives visitors the opportunity to ski during the winter in addition to camping, hiking, cycling, swimming and jumping ropes in the hot weather season, as life includes The wild in the park contains 163 different and varied birds, as well as a number of animals and many types of butterflies. 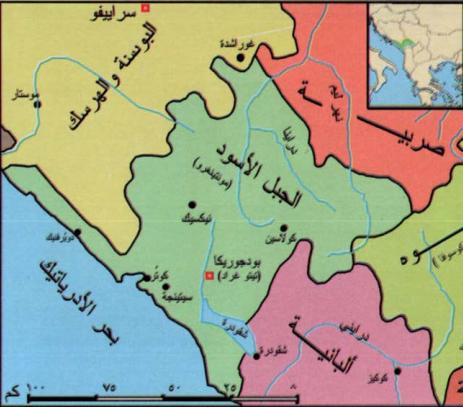 Read:The coordinates of the most important places in the Kingdom of Bahrain
Previous post

The 6 best activities in the Ras Al Khaimah Zoo

What is the capital of Saint Lucia

This is how you keep your things during flights

A tour of Madagascar Island

Report on the Hive Hotel Rome

Tourist program in Malaysia for 8 days