The 3 best apartments for rent in Fez Morocco Recommended 2022

What is the most beautiful cities of Canada?

Turkmen customs and traditions .. The origin of the Turkmen state belongs to a group of Turkish tribes that established dynasties and migrated to Iran, Azerbaijan, and Turkey, and was controlled by the forces of the Soviet Union, gained independence and became a sovereign state with the dissolution of the Soviet Union.

The Turkmen state is located in the north of Iran, northwestern Afghanistan and the North Caucasus, and the official religion in the country is Islam. Its inhabitants live on 5 million people, and its inhabitants speak many languages, including Turkmen, Arabic, Russian, and Persian.

The official religion of the Turkmen that its people owe is Islam, and the Muslims there are divided between Sunnis and Shiites, and despite their religious commitment, they are also some of the customs of the ancient tribes, which are not commensurate with their being Muslims. Each of the Turkmen tribes has a special shrine and it is a cemetery called The shrine of the saint, which is similar to the shrines of the saints in some Arab countries, where they go to the shrine to pray and ask for something specific from the owner of the shrine, such as money or health for a family member or other special wish. 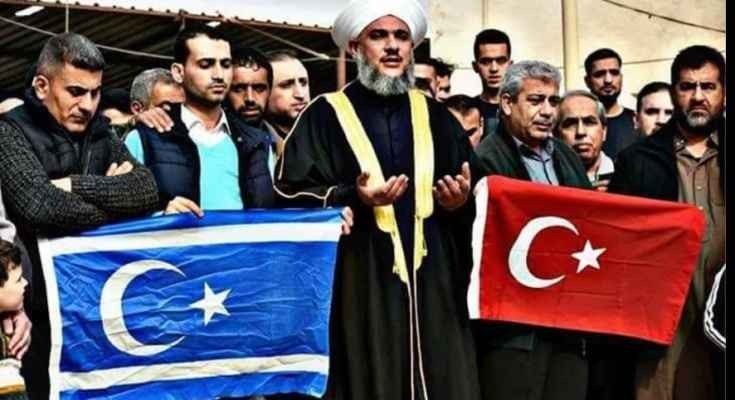 Preserving the traditions, customs and rules of Islam ..

The Turkmen tribes are keen on preserving the general traditions and legacies that they inherited from their inception, and besides that they are also keen on following the rules of the Islamic religion, so we find that they are a people with polite, hospitable behavior, benevolent, respect for the elderly, and respect for polite behavior, although some customs and traditions The old ones had lost it during the Soviet Union’s control over them, except that they were able to preserve their origins, adhere to their good morals, and preserve the values ​​of Islam and the tribe’s morals on which they grew up. 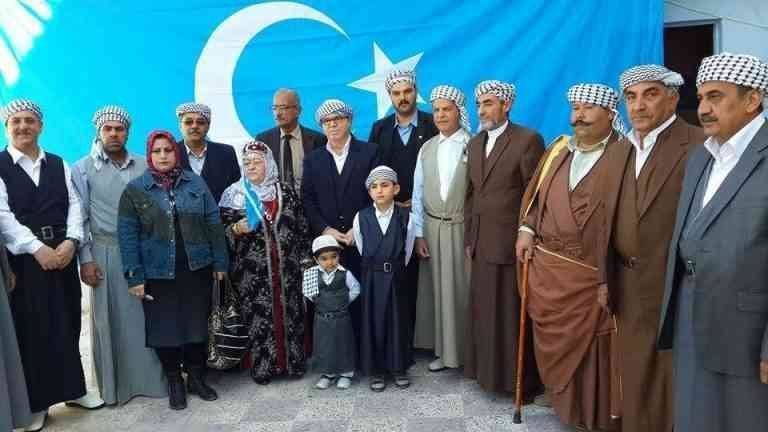 The Turkmen people still hold on to their origins in everything despite the modernity that dominated the whole world, but they still retain their tribal origins. The concept of the tent still exists with the Turkmen, which is the poetic tent that their ancestors used to live in and was called the House of Raid or the Black House, which is a tent that can be erected And easily dismantled and move them anywhere and used by young people now in camping as there are some ancient people who are keen to live with it until now, as is the case in the Turkmen countryside, which also maintains its origins in living so the Turkmen peasants live in very simple one-storey houses surrounded by a large Al Bahah Where cattle and animals, and on the other side there is also modern in the Turkmen cities population lives in modern Manipulator as is the case in most countries of the world.

Read:Sweden’s customs and traditions .. A quiet people who reject racism and tend to nature

Family and marriage in the Turkmen ..

Social and family life in the Turkmen is large and complex, for the Turkmen depend on large families and intentionally have many children who live with their families even after puberty, and the family and brotherhood connections are very strong and the brothers depend on each other when they are in trouble. Marriage in Turkmen depends on several factors that must be Not to be overcome by youth, including tribal factors, as well as the blessing of parents, especially parents, for marriage is one of its most important conditions, and they are keen on material, family and cultural compatibility. And here for the bride and her family, and it is one of the most important manifestations of joy and marriage for them. 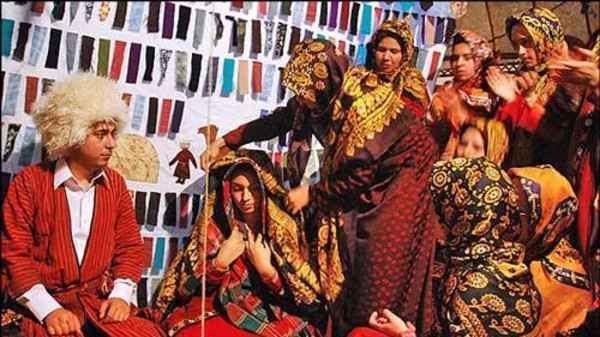 The Turkmen cuisine is very distinctive with its foods and dislocated dishes that depend mainly on meat and its derivatives and dairy products due to the tribal nature of the Turkmen people, because meat is the main component of the Turkmen dishes, as they are interested in dairy products so they extract milk, butter, creams and yoghurt based on camel milk, cows, goats and sheep. Fame and popularity in the Turkmen is “Dojrama”, which is a popular dish among the Turkmen people and depends on the meat, it is a lamb soup with small cubes of meat mixed with onions and tomatoes and added a lot of spices, and the kitchen is keen Rkmena as well as to provide meat in the dough or main Mselloukh.walparwb in the Turkmen which follows each meal is boiled. In green tea customs and traditions of Turkmen put food on the table, but it is placed on a piece of white cloth on the ground. 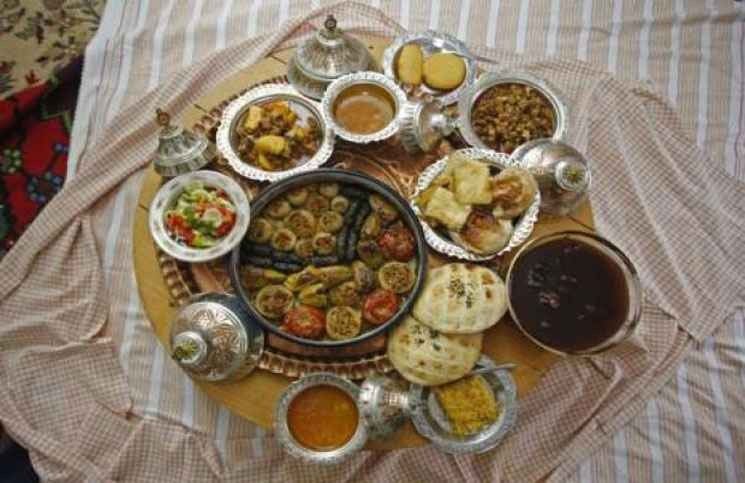 The Turkmen people retain their tribal heritage in many aspects of life. Likewise, the Turkmen inherited handicrafts from the tribe, the most important of which is the craft of carpet making. The Turkmen Yiddish carpets are the most famous and best in the world and are known as Bukharan rugs or oriental rugs. It is for women who make carpets with distinctive decoration, they also make tents, storage bags and a lot of things used in everyday life. 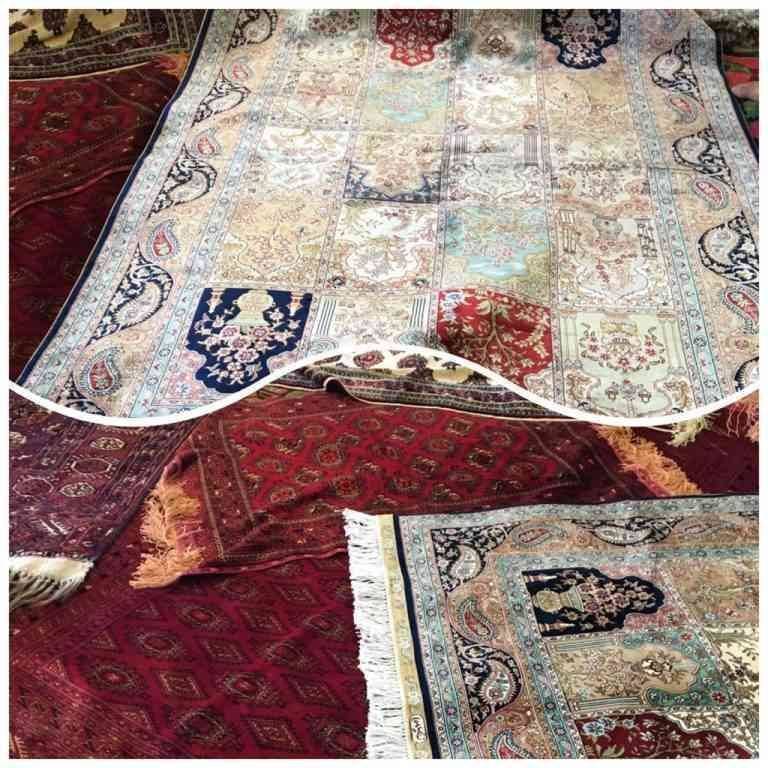 Poetry and music in the Turkmen ..

Despite the economic crises that the Turkmen have experienced since the independence of the Soviet Union, families and families in the Turkmen still care to support their children, especially until the secondary stage, and many children continue to education and join colleges and schools to specialize in a specific field of work. Children go to schools in the Turkmen Compulsory for all children in all families, even in the countryside.

Football and horses are most popular in Turkmen ..

Because the Turkmen people have reliable tribal origins, the Turkmen families are keen to teach their children the art of horse riding and hold a lot of competitions between horses, as well as equestrian competitions. Also, football has gained great popularity among the Turkmen, especially among young people who are keen to play football, and follow up games and competitions The world most famous game around the world. 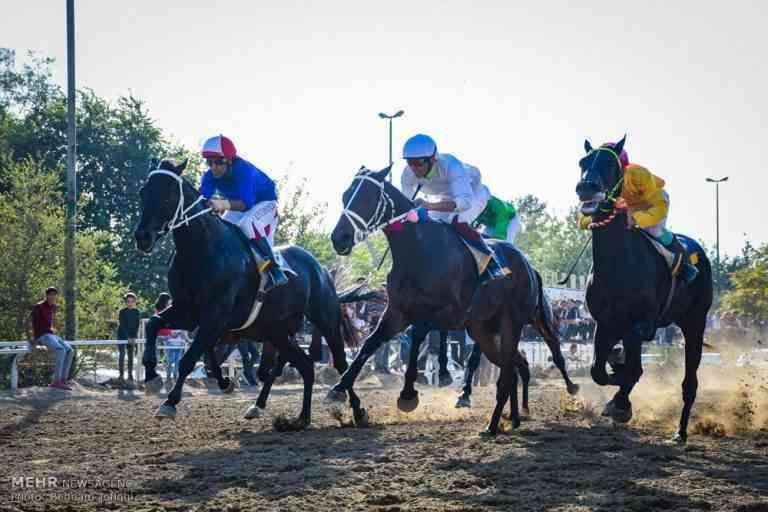 Kindness and generosity when Turkmen ..

The Turkmen people pay great attention to family, friendship and relations. They are a social people keen on social relations, so they are keen on exchanging visits, especially in the summer.

The most important advice before booking Al Hada hotels

The most important tourist places in Selangor Malaysia

Learn about the Coroyanito National Park in Fiji

The most beautiful islands in Malaysia

A report on the Chatrium Hotel Bangkok series

A trip to the Chinese market in Dubai (Dragon)