Report on the Thunder Hotel Aqaba

Archeology in the cities of Turkey

The most beautiful tourist places in Amsterdam Netherlands

Traveling to the Maldives

Your comprehensive tourist guide for Paris, as if we had to choose the most important tourist places in Paris, then you must choose from these places that we will mention in this topic, it is one of the most famous and important places in Paris.

The most important tourist places in Paris: 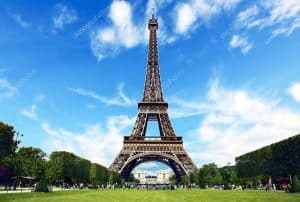 What would be Paris without the symbolic Eiffel Tower? Built by Gustave Eiffel to celebrate the centenary of the French Revolution, it is presented at the exhibition in Paris in 1889 AD, and reaches a height of 324 meters, it is one of the most visited monuments in the world and has approximately 7 million visitors annually.
The first floor includes the Eiffel Tower, which extends on two levels, 58 meters above the ground, the second floor is the best and extends 115 meters, and finally the third floor extends 275 meters.
The rise of the Eiffel Tower is a must to enjoy the wonderful view of Paris, skip huge lines of the Eiffel Tower to reach the top 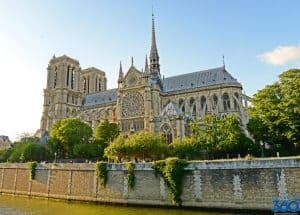 It is a permanent symbol in Paris, considered one of the most magnificent examples of French Gothic architecture in France and Europe. This cathedral started in 1163 and was completed in 1345, and is surrounded by many decorations outside and the ceiling.
We advise you to wander around the cathedral, then go inside steps of 387 meters to the top of the towers. Ascending to the top of the towers can be stressful, but you will get a panoramic view of the area and see everything up close. 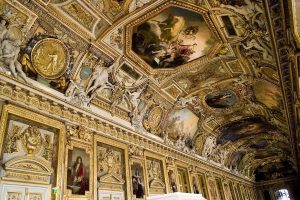 The Louvre is the most visited art museum in the world. This historic building is located in the heart of Paris, a former royal palace, with an area of ​​210,000 square meters including 60,600 square meters for exhibitions. It is originally a castle built in the late twelfth century. The remains of the castle are visible on the floor The lower part of the museum, and the museum can be visited on a daily basis, where the Louvre Museum opens daily from 9 am to 6 pm, except for Tuesdays, it opens until 9:45 pm, and the monuments there are divided into eight sections:
Egyptian antiquities, oriental antiquities, Greek and Romen antiquities, as well as Islamic art, some medieval sculptures, modern Renaissance, art objects, along with a collection of paintings, graphic arts. 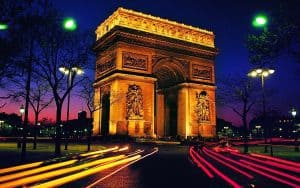 Located under ancient Romen architecture, Napoleon commissioned Jean Chalgrain to design the Arc de Triomphe for the glory of the imperial armies, built in the 19th century, is the largest design of its kind in the world, impressive statues decorate its corners, and in addition, 558 name great victories are engraved on the top From the arch, under the arch of victory is the tomb of the unknown soldier from France. 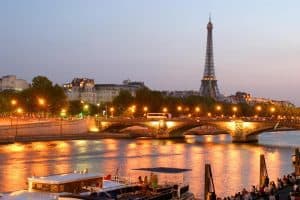 Montmartre is a hill located in the north of Paris, it was completed in 1919, if you are in the region to visit this place you will find a lot of artists who paint tourists there can be found Espace Salvador, a museum dedicated to sculpting drawings of the Spanish painter, the famous cabaret Moulin Rouge is located in Montmartre.

It is the most famous castle in France, built in the seventeenth century as a symbol of military power in France and as a sign of French supremacy in Europe, Versailles was the seat of political power in the Kingdom of France from 1682 to 1789 AD, this huge complex of buildings and gardens is definitely a must visit to see Furniture and works from the Renaissance Renaissance. 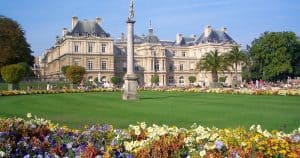 The Latin Quarter is located in Paris on the bank of the Seine. The Latin Quarter is famous for its simple life, lively atmosphere and small pubs. It is home to many higher education institutions, such as the Normol Superieur School, the School of Mines in Paris or the Polytechnic School, the region takes its name from the Latin language.
Luxembourg Park is a private park open to the public created in 1612 AD, at the request of Marie de Medicis, called by the Parisians “Loco”, redesigned by Andre Lunotre, there are 106 statues.

Read:What are the most beautiful places of tourism in Rabat Morocco 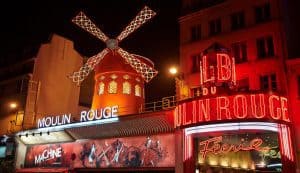 Moulin Rouge known as the famous French spiritual birth, located at the foot of Montmartre Hill, was built in 1889 AD, by Joseph Euler and Charles Zedler, today Moulin Rouge is a place to attract tourism, and provide entertainment for visitors from all over the world. 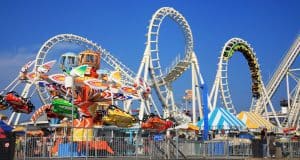 Disney City is one of the most famous monuments in Paris, and it is one of the entertainment places, and the city includes many fun games, along with a group of hotels, and that charming city can be entered free of charge for children under the age of three, otherwise, a fee of seven And a minimum of forty euros.

The perfume museum is one of the most important tourist attractions in Paris, as it is one of the most attractive places for visitors, because it includes many perfumes manufactured in Paris, which are different configurations to suit all tastes, and the museum has an explanation of how to make perfumes in addition to the section on perfume flasks.

What are the best and most important tourist attractions in Cairo?

Landmarks of the city of Hail

Learn the most important family travel trends in the Emirates

London .. star of cities in the season of New Year celebrations 2022