Where is Zahraa Nasr City located?

6 of the most recommended Bihac hotels in Bosnia 2022

We recommend a pleasant stay at the Dreams Tulum Resort.

It is a land of natural beauty, a land of mystery and great historical, South America .. It means the springs of life with the tango, the Amazon river basin, glaciers, ancient monuments and whales that swim just meters away from visitors, this forgotten continent almost includes a huge abundance of natural wonders and history, there Many wonderful places in South America, so if you made a trip to the southern hemisphere, you must visit one of these ten most wonderful places !! 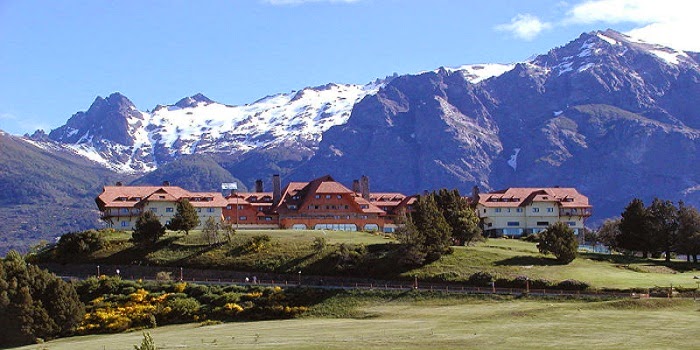 San Carlos de Bariloche (one of the Argentine cities) offers a unique mix of lakes, rivers and mountains unlike anywhere else on earth, and for outdoor enthusiasts there are hiking trails, cycling, camping, climbing and snowboarding, and the city is one of the most cities In the south there is an interest in tourism as it represents a different color from the charming Argentine beauty, as its location along the Andes mountain range that separates Argentina from Chile, is bordered by one of several lakes between the mountains and hills, the most famous of which is Nahuel Huapi lake.

Read:Learn about the most beautiful tourist attractions in Honduras 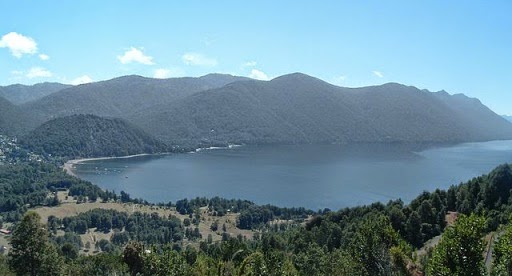 A city in Chile is located in the province of Cayenne, in the region of Orcania, 100 km southeast of Temuco and 780 km to the south of Santiago, the city is characterized by its volcanoes, hot thermal pools and the greatness of the Andes Mountains, where molten lava flows down the sides of Mount Villarrica And you can ride horses on an exciting tour through the mountainous terrain and even the rise of the high Andes mountains that reach above the snow line, and also provides a variety of sports and activities, including recreational adventure for tourists, including water skiing, snowboarding, white water swimming and Canoeing, th Also that Dinah climate is relatively stable, especially in the summer, making it a popular destination for tourists. 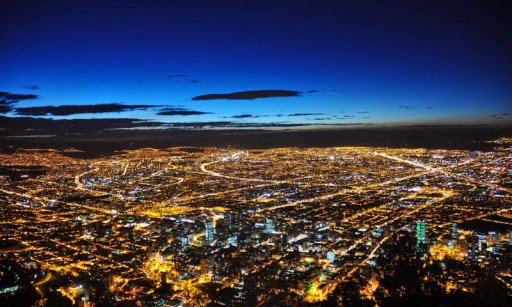 This is the heart of Colombia, and the capital of Colombia, and it is considered the most Colombian city to rise with 2,640 meters, and it is thus the third highest capital in the world after “La Paz” and “Quito”, and it is the most populated city with about 7.8 million people and the population of the city with its suburbs 8.5 million people, which is the largest city in Colombia in the area, and one of the largest cities in South America, with an area of ​​about 1587 km2, which is a vibrant city, and the high mountains surround most of the city, which gives it a place to see the attractive scenes of mountains and charming nature, and is found at the foot The mountain is a palace that was owned by South American General Simon Bolivar Wi Now it will serve a museum that displays the belongings and belongings of Bolivar and the struggle of South America for independence. The Bolivar Square, which mediates the city’s main square and which is a tourist attraction, and the old palaces surround the narrow streets nearby, and the city center also have historical buildings, as well, the city also includes a museum Gold, which contains many holdings of gold treasures, which the Indians of this region carved with their hands for hundreds of years.

Read:Here are the most beautiful tourist places in Chile 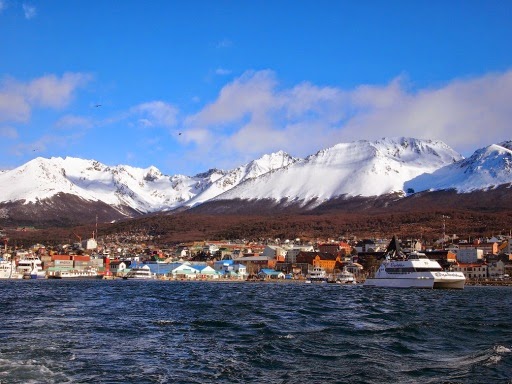 It is called the province of the land of fire, Antarctica and the South Atlantic islands, this is the land at the end of the earth, at the furthest tip of South America lies an archipelago separating the mainland by the Strait of Magellan, on your way there you can explore the expanse of Patagonia or take a whale watching trip along the coast Atlantic Ocean, be sure to visit the colorful city of Ushuaia, where the charming natural areas are. 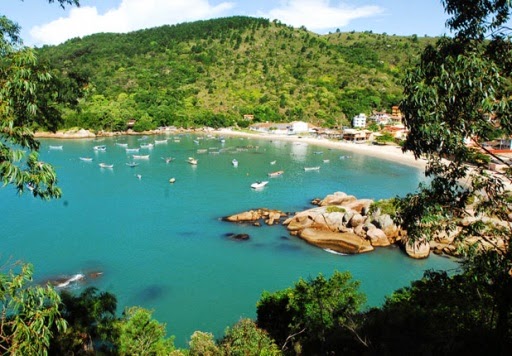 This is undoubtedly one of the best places to live and visit in all of South America, Florianopolis, the capital of the state of Santa Catarina and located on the Atlantic Ocean, the city is characterized by the best standard of living in Brazil, and the city is characterized by beautiful and quiet beaches, to enjoy the most beautiful relaxation on its soft white sands, it is truly the most beautiful What you can see from the magical nature scenes. 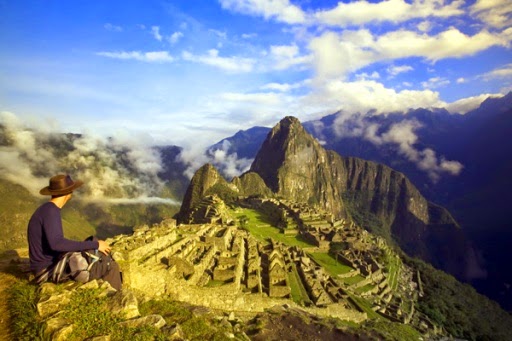 Here in this city all worlds collide, the ancient tribes, the Spanish colonists, the Indians and the explorers, all met here, and it is no wonder that this city with hidden temples such as Machu Picchu, this historical city is not a myth, but a realistic; this city was built by the Inca people in The fifteenth century, located in Cuzco, between two mountains of the Andes mountain range at an altitude of 2340 meters above the sea level, and on both sides is an abyss abyss of about 600 meters high, which was discovered by the American explorer Hiram Bingham on July 24, 1911, has classified this city in List of World Heritage by organizer Of UNESCO in 1983, and was considered one of the seven wonders of the world, and has become a big tourist attraction Maken. 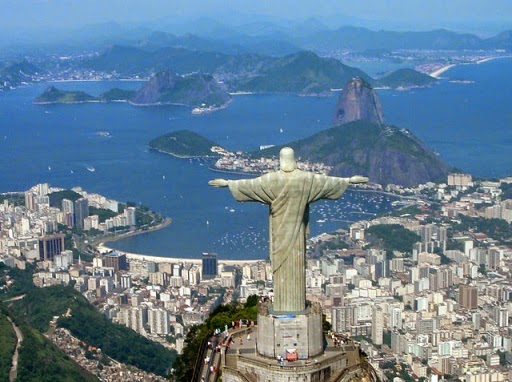 You cannot find a city as vibrant as Rio, as the city has witnessed a great expansion in tourism in the past years and a very big renaissance due to the wonderful landmarks of Rio de Janeiro, and the Olympic Committee chose it to host the 2016 Olympics, and the city of Rio de Janeiro is a densely populated city but it is considered the best place to live In Brazil, residents especially enjoy Rio’s sunny beaches, nightclubs and lively festivals, and you can visit the famous Copacabana Beach or take pictures of amazing architecture, as well as the city’s icon: the statue of Cristo Redentor at the top of Corcovado Mountain. 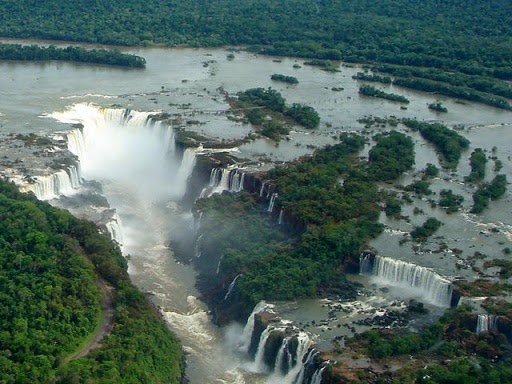 In which Argentina, Brazil and Paraguay participate, it is considered one of the most amazing natural wonders in the world, and the estuary of the Iguazu Falls is an inspiring horror with more than 275 watersheds, and the width of the waterfall is about 2.7 km, 20% of the waterfall is located in Brazilian territory and 80% in Argentina, the waterfalls are considered the second largest flow of water in the world after the Niagara Falls, and the Iguazu River is one of the natural borders between Brazil and Argentina and can also be seen from Paraguay, and the Iguazu Falls are a tourist attraction for the three countries, and you can see the fall through a series of bridges or by Boats. 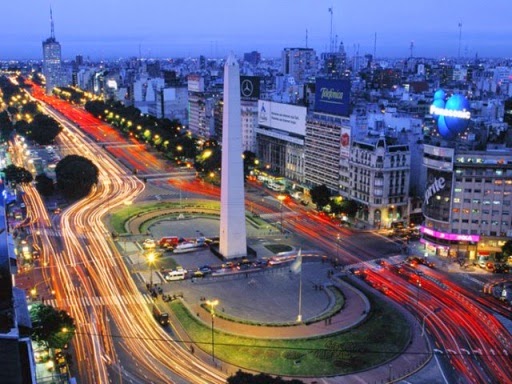 Buenos Aires has a unique mixture of most European and Latin cultures unlike anywhere else on earth. This city on the southern shore of the La Plata River is admired by the bustling nightlife, as local cafes are popular in the city, and the city has the Cabeldo building which is the first government building established In the city, as well as the pink house in which the President of the Republic lives, and one of the most important streets of the city is Florida Street, which is one of the most important streets of Buenos Aires and is an important commercial center that includes many leather clothing stores, shoes, newspapers, and also restaurants and cafes. T contains the tomb of the Argentine fighter Jose de San Martin. 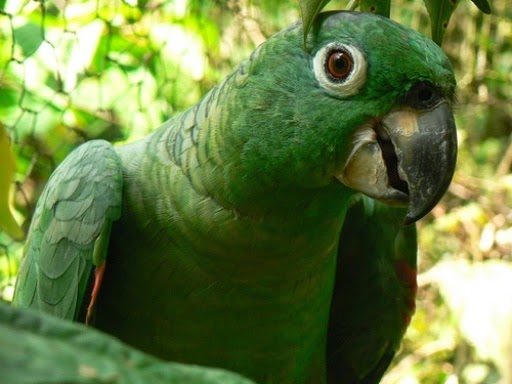 This city is located in the Amazon River basin, it is the largest city in the rainforest in Peru and the fifth largest city in Peru, and the capital of the Loreto region, and the downtown of Iquitos is considered the starting point for a tour of the city, and the Pelin Market in the heart of Iquitos is described as the largest traditional market in the Amazon in Peru, Iquitos visited more than 250,000 visitors in 2012, which is expected to rise due to the Amazon River Basin which is one of the seven natural wonders of the world, and tourism is one of the most vital industries in Iquitos, which has a reputation Growing considering its location on the banks of the Amazon River, it has The international air travel index that comes to the city has grown, so tourism in the city has constituted European-style architecture, from cuisine, drinks, art, culture, and Iquitos has sufficient infrastructure to accommodate tourists of all levels, including its five-star and 4-star hotels Stars and three stars, as well as rain forests, which are a popular destination for tourists and adventurers because of the large and diverse wildlife.

Where is São Paulo and the distance between it and the most important cities of Brazil?

The most important natural reserves in Jordan

What is the reason for building the Great Wall of China?