Where is the patio located? How far is Al-Baha from Riyadh? How far is Baljurashi from Al-Baha? Among the most important questions that come to the minds of many dear visitors wishing to tourism in Al-Baha, Saudi Arabia, in this report we will get to know the answers to those questions and more.
Al-Baha is one of the most important tourist destinations in Saudi Arabia, as it is characterized by the picturesque nature and historical archaeological sites, near it lies the green Raghadan Forest, which includes a large number of wild animals such as monkeys, and located by the village of Dhi Ein, which was built in the tenth century AH.
Al-Baha also contains several tourist attractions, including the Jabal Shada High Park and some places for those interested in history, such as the Al-Baha Museum of Archeology and Heritage, which is one of the most prominent tourist destinations in it. 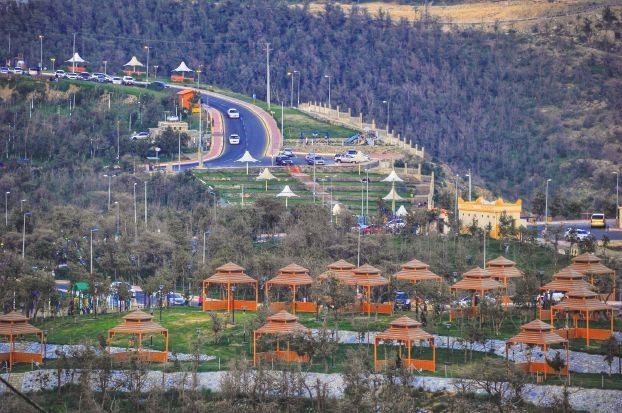 Al-Baha has a good number of the best hotels in Saudi Arabia that it is recommended for guests who tried to stay, and we have collected some of these distinguished hotels and presented it in this guide, which must be reviewed before proceeding to book hotels in Al-Baha … Read more 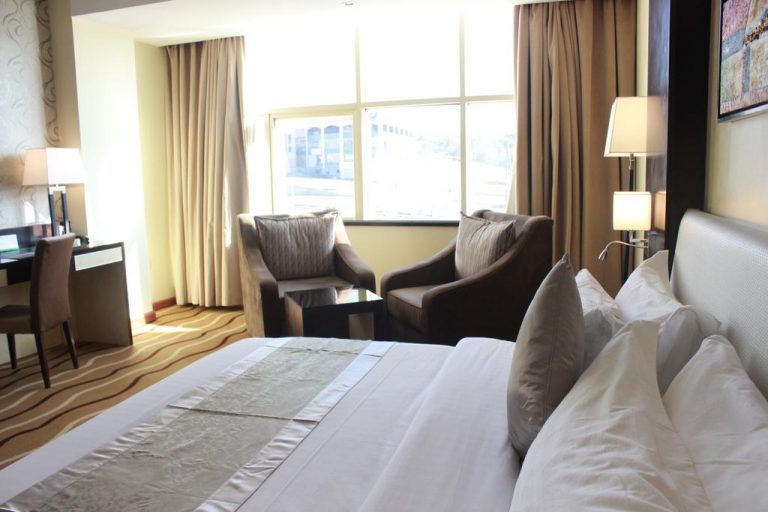 Where is Al Baha located on the map:

Al-Baha is located in the southwestern part of the Kingdom of Saudi Arabia, specifically on the Hejaz Mountains, bordered by Makkah and Asir.
You can view the following map to know the exact location of Al Baha on Google Maps:

The most important cities near Al-Baha:

After we got to know together where Al-Baha is located in Saudi Arabia, let us now know the distances between it and the other important cities, such as the capital, Riyadh, Jeddah, and Madinah.

How far is Al-Baha from Medina?

The distance between Al-Baha and Medina is 708 km, according to Google Maps, and that distance can be covered in seven hours and a third by car, or in four hours by plane.

How far is Al-Baha from Riyadh?

The distance between Riyadh and Al-Baha is 878 km, which is about an eight-hour walk and a third by car, or only an hour and a half by plane.

How far is Baljurashi from Al-Baha?

How far is Al-Baha from Makkah?
The lowest distance between Makkah and the Al-Baha region is about 300 kilometers, which is about a 4-hour walk, but 10 minutes by car.

What is the distance between Al-Baha and Abha?

The distance between Abha and Al-Baha on the shortest length between them is 316 km, and it can be reached from one of two destinations to the other in 4 and a half hours by car.

How far is Al-Baha from Taif?

The distance between Al Baha and Taif is approximately 220 km, via the shortest path between them, and that distance can be covered by car in three hours, but a quarter when you drive carefully.

How far is Agate from the courtyard?

Al-Aqeeq is considered one of the closest areas to Al-Baha, as the distance between them is only about 41 kilometers, which is approximately 35 minutes’ drive.

How far is Al-Baha from Jeddah?

The shortest path between Al Baha and Jeddah is approximately 423 km, and the distance between Jeddah and Al Baha can be traveled in five hours, except for a third of the car.

Articles that may also interest you in the Saudi courtyard:

The best 3 furnished apartments in Al-Baha

The best 4 tourist places in Al-Baha

The 5 best apartments for rent in Marsa Alam recommended 2020