Where is Amman and the distances between it and the most important cities of Jordan?

The Jordanian capital, Amman, is one of the most important cities in the Arab world and one of the most visited tourism cities in Jordan. It is characterized by a mild climate and includes a large group of the most important tourist attractions preferred by tourists.
There are many tourist attractions in Amman between the ancient and charming civilization, there are museums and monuments such as the Jordanian Archaeological Museum and the Roman amphitheater, and there are wide green gardens such as King Hussein Gardens.
The period between March and May is the best time to visit and tourism in Oman, as the climate is characterized by moderation and kindness more than the rest of the year.
In this short report, we answer you about the most common questions we have about tourism in Amman, Jordan. We will get to know where Amman is, how far it is from the historic city of Petra, and a group of other Jordanian cities such as Zarqa and Maan. 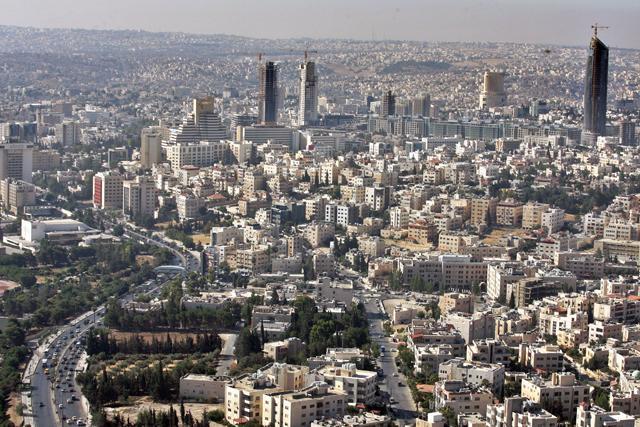 The capital, Amman, includes many of the best luxury hotels in Jordan, which are characterized by luxurious services and varied facilities. read more 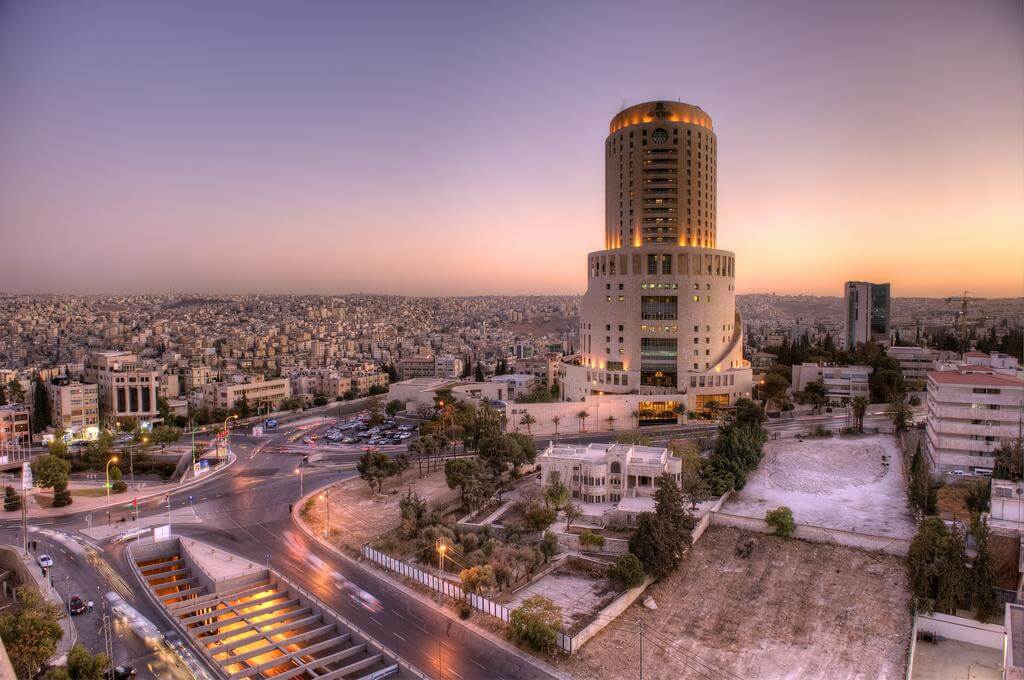 Where is Oman located on the map:

Distances between Amman and the most important cities in Jordan:

After we got to know you, where Amman is located in Jordan, and touched on a quick overview about tourism, let us now know the answers to some common questions about the distances between them and other important Jordanian cities, in addition to the distance between them and the historical city of Petra.

How much is the distance between Amman and Aqaba?

The shortest distance between Amman and Aqaba is about 325 km, according to Google Maps, and that distance can be covered in approximately four hours by car or in 50 minutes by plane via direct flights.

How much is the distance between Amman and Irbid?

Irbid is one of the nearest cities to Amman, about 91.4 km away from it, and it is possible to move between the two cities by car in an hour and 32 minutes via Track 35 and Jordan Street as shown on the map below.

How much is the distance between Amman and Zarqa?

Zarqa is also considered one of the nearest cities to Amman, about 27.2 km away from it on the shortest road linking them. Zarqa can be reached from Amman and vice versa in just 40 minutes by car.

How far is Oman to Maan?

The distance between the two destinations is about 217 kilometers, which is approximately a three-hour drive, only a quarter of a car on the M45 track connecting it and shown on the map below.

How much is the distance between Amman and Karak?

The shortest distance from the land between Amman and Karak is 129 km, and it can be covered in two hours, only 11 minutes by car.

How far is Oman and Petra?

The distance between the historic ancient city of Petra in Wadi Musa and the capital, Amman, is about 233 km on the shorter road linking them. This distance can be covered in three hours and 5 minutes by car.

Do you have another question about where is Amman located in Jordan or its tourism? Please put it in the comments box below and we will answer you as soon as possible. You can also learn more about where Oman is located and the attractions of Oman in the following article .. Read more

Articles you may also be interested in in Amman:

The best 4 restaurants in Amman Jordan

The best 4 malls in Amman Jordan

The best 4 of Khamis Mushait malls that we recommend visiting