Bosnia Hotels: List of the best hotels in Bosnia cities 2022

Top 4 activities in the Maximir Park in Zagreb

Where is Kazakhstan located and how to travel to Kazakhstan

Astana is the capital of Kazakhstan and it is now called “Nur Sultan” and it is the main center of management and business as well as tourism in Kazakhstan, although Kazakhstan is a landlocked country but it is one of the most famous tourist and civilized countries.
Astana, the capital, contains many ancient monuments, as well as beautifully designed buildings in an unusual style, alongside recreational places and parks, which guarantees that thousands of visitors flock to visit them.
During the article we answer the questions of everyone who plans to travel to Astana and the most important of these questions is where is Astana located between the cities of Kazakhstan and how to travel to it from the center of those cities, with your support with maps that clarify that.

Astana is one of the most important developed cities, which was built in a very short period. This architectural development was reflected in the luxury hotels in it, which are on the throne of the best hotel in Kazakhstan.
The Astana hotels are luxurious, as the design of the hotel’s interior and exterior is impressed by travelers, along with recreational facilities and professional service, which makes the visitor not want to return at all.
In the event that you have decided to visit Nur Sultan and are confused about choosing among the best Astana hotels, you can read our next article … read more 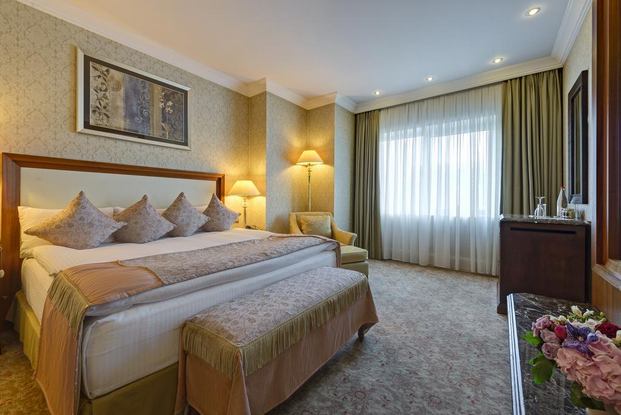 Where is Astana located on the map?

After we became acquainted with the Astana site, we also have to determine the distance between it and the best tourism cities in Kazakhstan in addition to the path used for transportation according to Google Maps.

Where is Astana from Aktau?

Where is my book located from the city of Nur-Sultan

Nur Sultan is located 1472 km from the city of Aktobe, where the distance between the two cities takes about 19 hours and 49 minutes by car and an hour and a quarter by plane according to the path shown in the following map.

Where is Nur Sultan located from the city of Almaty?

The distance between Arcalik and Astana

The distance between Astana and the city of Arcalik is about 556 km, which is equivalent to 8 hours and one minute by car, according to Google Maps.

How far is Astana from Atyrau

Astana is a distance from the city of Atyrau by a distance of 2072 km, where the journey between them by plane takes about two hours while traveling by car takes 30 hours to arrive, by following the path shown in the following Google Map.

Dear reader, in this article, we presented to you the location of the city of Astana in Kazakhstan and we also determined the distance between it and the best cities of tourism in Kazakhstan to help you in planning well for your next trip and determine the tourist areas worth visiting in order to enjoy your vacation.
You can learn in detail about the most important tourist attractions and attractions in Nur Sultan by reading our next article by clicking on … Read more

Articles that may also interest you in Astana:

The most important 4 tourist places in Astana

Where is Kazakhstan located and how to travel to Kazakhstan

The most important 4 tourist places in Astana Kazakhstan

The 6 best activities at Khan Shater Entertainment Center in Astana

We advise you to visit Sochi, the most beautiful city on the Black Sea

The best 8 activities in Bejaia Falls

Top 5 activities at the dock in Chicago

The most important means of water transport Dubai

The best tourist attractions in the Emirates Ajman

The best tourist places in the city of Berlin