Brussels is one of the most important European tourist destinations that attract a large number of tourists coming to the white continent to enjoy its historical buildings, its recreational parks and its famous squares.
What remains the most important and permanent question when thinking about tourism in Belgium and the movement between its most important tourist areas is where is Brussels, the capital of Belgium specifically?
This report is a guide for you, through which we inform you about the Brussels site in Belgium and how to move from its center to the nearest cities of Belgium and vice versa. 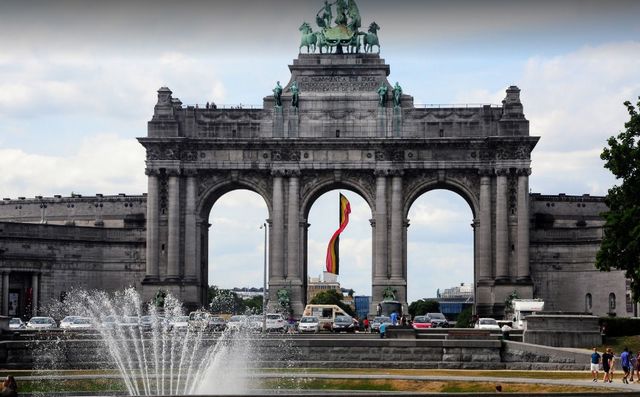 Brussels enjoys one of the most important cities in Belgium and the European Union as a whole with a group of the best Belgium hotels and accommodation units that offer a high level of services, facilities and entertainment with a high historical architectural style and varying prices that suit different budgets. The following link reviews with you the following link a group of the best tried and award-winning Brussels hotels Reviews .. Read more

Where is Brussels located

Brussels is a region that belongs to the Belgian lands and enjoys great political and strategic importance within the group of European Union countries, as it is the unofficial capital and the seat of hosting its and NATO sessions.
Brussels is classified as the largest urban region in Belgium, up to 70 meters above sea level and an administrative division that includes 19 municipalities and history dating back to the 10th century AD. To find out where Brussels is located on the map of Belgium and among the most important cities you should review the following map:

The most important cities near Brussels

Brussels is surrounded by a number of the main tourist cities in Belgium such as Luxembourg, Verne, Bruges, Dinant, among others.
In order to save you the hassle of research and to facilitate your enjoyable and enjoyable holiday, we offer you through the following lines the distances and routes from the city center of Brussels to the centers of the most important tourist cities in Belgium.

The distance between Brussels and Luxembourg

Where is Brussels from Bruges?

Bruges is 97 km from Brussels, the equivalent of an hour’s 7-minute drive via E40.
The duration of travel between the two cities by public buses ranges between an hour and 4 minutes to an hour and 44 minutes.

How far is Antwerp from Brussels?

Brussels is 44.9 km from Antwerp, equivalent to 42 minutes ‘driving, or 55.5 km, equivalent to 45 minutes’ driving.
The distance between Antwerp and Brussels by public buses ranges from 41 hours to 5 minutes.

Where is Brussels located from Ghent?

Ghent is 57.2 km from Brussels, the equivalent of a 52-minute drive via Track E40.
The distance from Brussels to Ghent and vice versa by public bus takes 37 to 40 minutes of travel.

How far is Dinant from Brussels?

Brussels is 92.9 km from Dinant, which is the equivalent of 1 hour 17 minutes’ drive via Track E411.
Or 112 km, equivalent to one hour and 27 minutes of driving along E42.
The distance between the two cities can be covered by public buses within one to 41 minutes to two hours.

Where is the spa located in Brussels?

Brussels is 140 km from the spa, equivalent to an hour and 36 minutes of driving across the E40, the route shown on the map.

The distance between Brussels and Verne

Verne is 133 km from Brussels, the equivalent of an hour 25-minute drive via Track E40.
Or 149 km equivalent to driving for 1 hour and 48 minutes on E40 and E17 tracks
It is also possible to transfer between Verne and Brussels by public buses within one hour and 50 minutes to two hours and a quarter at the latest.

The distance between Anderlecht and Brussels

Anderlecht is one of the closest cities to Brussels, with an estimated distance of between 5.3 km to 8.3 km, the maximum equivalent to travel for 15 to 17 minutes by car, and half an hour by bus.

How far is Exel from Brussels?

Excel is also one of the closest cities to Brussels, with an estimated distance of 2.4 to 4.3 km, which equates to 10 to 29 minutes’ drive by car.

Brussels has a number of the most important archaeological and entertainment attractions that attract tourists from everywhere to visit when traveling to Belgium, such as the Royal Palace, Walibi Park, Atomium, Grand Square, and other attractions that you can learn in detail by reviewing the following article .. Read more

Articles you may also be interested in in Brussels:

The best 7 places to visit in Brussels, Belgium

Report on the Atlas Hotel Marrakech