Colmar is one of the most beautiful tourist and architectural destinations in France, with its distinguished historic and archaeological buildings, some dating back to the Renaissance and what appeared to be before, as an architectural miracle that excels the city from other tourist cities of France, in addition to water tables that are similar in beauty and elegance to ancient Venice .
For everyone who put tourism in Colmar on its priority list when considering a vacation, we present to them the following article which explains in detail where Colmar is located and how it can be reached from different French cities. 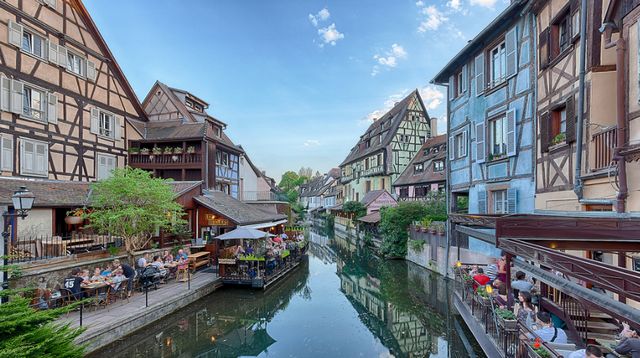 Colmar enjoys the inclusion of a number of the best hotels in France in terms of services and facilities, prices that suit different budgets, the ideal location of the city’s sights, and we offer you through the link a comprehensive list of the best Colmar hotels that Arab visitors recommend staying .. Read more 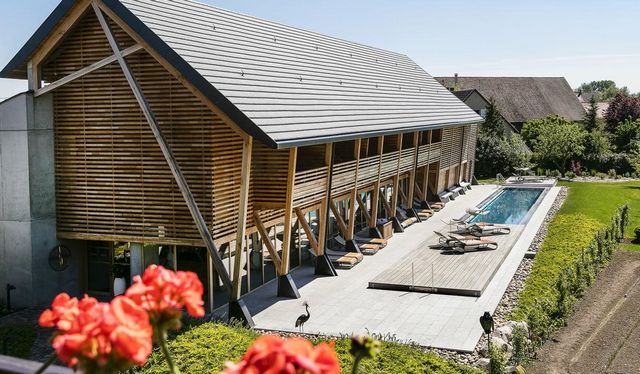 Where is Colmar located?

Colmar is a French tourist city located in the northeastern region of the country known as the Alsace region and adjacent to the German city of Trier along the so-called wine route.
To clarify where Colmar is located in France and among its most important cities more accurately, you should follow the following map form:

Where is Colmar located in the tourist cities of France?

Colmar is surrounded by a number of the most important and famous tourist cities in France, notably Paris, Nice, Marseille, and others.
The following paragraphs address the distances and routes of access between the center of Colmar and its sisters from the French cities that are visited by tourists.

How far is Paris from Colmar?

Paris is 459 km the equivalent of 5 hours and 367 minutes driving via the N4.
In the event that the public buses are independent, you will arrive within two hours 30 minutes to two hours 56 minutes.

Where is Colmar from Marseille?

Colmar is 723 km equivalent to 7 hours and 2 minutes driving along the A7, as well as the A36.
Public buses can be reached within 5 hours 18 minutes, and the shortest route between the two cities is to travel by pilots in a maximum of 3 hours 20 minutes.

How far is Colmar from Nice?

Colmar is 714 km from Nice, which means driving on the A2 track for 8 hours 8 minutes.
It is also possible to travel for an hour 10 minutes aboard Air France, Basel-Switzerland.

The distance between Colmar and Strasbourg

The distance between Lyon and Colmar

Lyon is 414 km from Colmar, the equivalent of a 4-hour drive 20 minutes via tracks A6 and A36.
The distance between Colmar and Leon can also be covered within 3 hours 13 minutes via public transport.

How far is Chamonix from Colmar?

Where is Colmar located from Annecy?

Annecy is 357 km from Colmar, the equivalent of 3-hour and 53-minute driving via path A1.
It is possible to travel a distance of 354 km in 4 hours and one minute if you follow the A36 track in addition to the previous track, and in the event of a public bus resizing, the travel time to hours is 54 minutes.

Colmar is 661 km from Nimes the equivalent of 6-hour 30-minute travel using the A7 and A36 tracks.
The distance can also be limited in an hour 15 minutes via Montpellier Airlines, France – Basel, Switzerland, providing 3 flights per week.

How far is Montpellier from Colmar?

Colmar is 712 km from Montpellier, the equivalent of 6 hours 53 minutes’ driving by tracks A7 and A36.
Also, the distance can be limited in an hour 15 minutes on the lines of pilots Montpellier, France – Basel, Switzerland, providing 3 flights per week.

Where is Colmar located from?

Cannes is 854 km from Colmar, equivalent to 8 hours 12 minutes of driving via the A7 route, while public buses follow 8 hours of 10 minutes, and the shortest travel time between the two cities is about 10 hours by pilots.

Colmar has a number of attractions that attract attention and visits such as: the old city, the Dominican Church, Little Venice, and other landmarks that you can learn about in detail during the following article .. Read more