Cuba is one of the most important tourist destinations for many around the world, as it attracts more than 3 million tourists every year from several different countries, as it includes a large group of amazing tourist attractions, one of the most beautiful of which is the island of Cayo Coco.
In the next report, we will answer our distinguished visitors on the most important questions that we have about tourism in Cuba, the most important of which are where Cuba is located, how to travel to Cuba, and what are the distances between tourist cities in it. 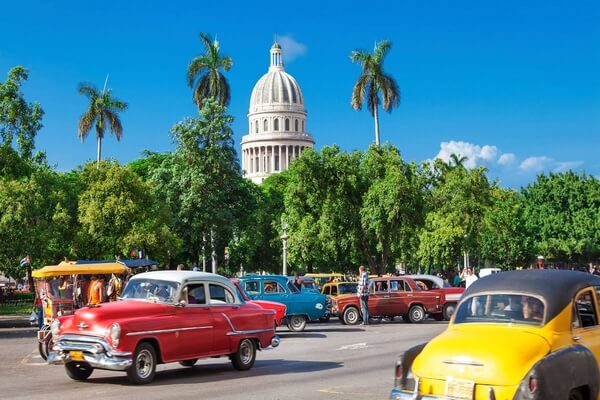 Where is Cuba located on the map:

To answer where the country of Cuba is located? It is in the northern side of the Caribbean, surrounded by a group of major countries, such as Mexico in the west and the United States of America in the north.
The following map shows where Cuba is located through the Google Maps service:

How to travel to Cuba:

You can get an entry visa to Cuba at its embassy or consulate in your country, and residents of many countries of the world including Arab countries can obtain the so-called tourist card, which is an alternative to the entry visa through the official website by clicking Here

Distances between cities in Cuba:

Below we show the distances between the most important and important tourist cities in Cuba, the time required to travel from one city to another and the costs of different means of transportation between them.

The distance from the capital, Havana, to the tourist island of Cayo Coco, is approximately 511 km, according to Google Maps, and that distance can be covered in 50 minutes by plane, at a cost ranging between $ 130- $ 900, or by car in six and a half hours.

The distance between Havana Cienfuegos:

Distance between Havana and Vinales:

Vinales is about 183 km from Havana, which is approximately a two and a half hour drive on the road shown on the map below. It is also possible to travel by bus in four hours except one third at a cost ranging from 11-16 dollars.

The distance between Cienfuegos and Vinales:

The distance between Vinales and Cienfuegos is approximately 413 km. Vinalis can be reached from Cienfuegos and vice versa in five hours by car or 8 hours and 7 minutes by bus, at a cost ranging from $ 21 to $ 40.

The distance from Vinales to the famous island of Caio Coco is about 691 km, and that distance can be covered in 9 hours by car.

The 6 best parks in Abha, Saudi Arabia We recommend you to visit