The Republic of Cyprus is an independent country consisting of an island within the Mediterranean Sea. It was famous in the past for its richness in copper metal. The Greeks called it Cyprus, meaning copper in the Latin language.
Cyprus is considered one of the best islands of the Mediterranean and is called the jewel of the Mediterranean. It also ranks third in terms of area after Sicily and Sardinia. Tourism in Cyprus attracts thousands of visitors thanks to its charming nature, especially since it is located on the coast of the Mediterranean, besides it includes a group of Mountains that enhance their beauty and look.
If you intend to visit Cyprus soon and travel there, you must need to know where Cyprus is located specifically on the map and the distances between the cities of Cyprus in order for you to move easily between them, and this is exactly what we will review in this article. 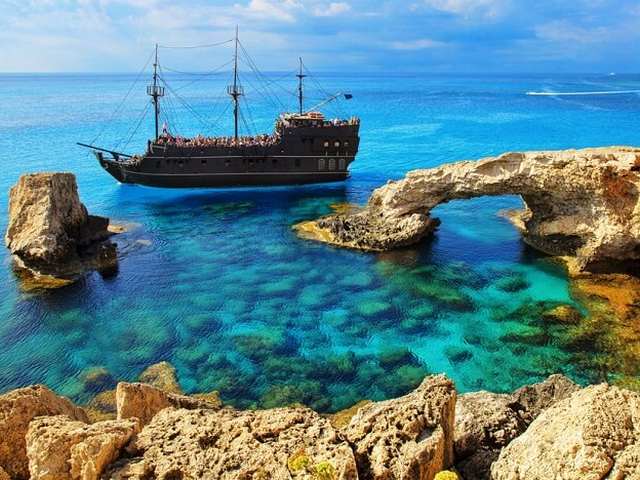 Cyprus Island owns a group of international luxury hotel chains, in addition to the average Cyprus hotels, cheap hotels or even integrated hotel apartments. To see a list of the best Cyprus hotels and choose what suits your taste we recommend you to read our next article … Read more 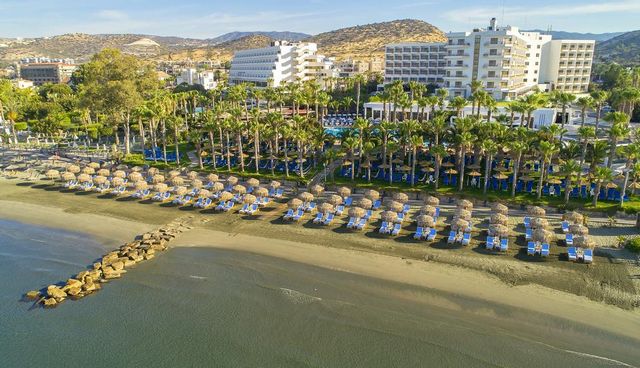 Where is Cyprus located on the map?

Cyprus is located in the eastern Mediterranean basin near the state of Turkey, specifically to the southeast of the continent of Europe and northwest of the Asian continent, and Cyprus has an important strategic location as it is located at the crossroads of the three largest continents in the world Asia, Africa, and Europe.
You can see the map shown below to find out exactly where Cyprus is located, according to Google Maps.

How to travel to Cyprus

Cyprus is one of the countries of the European Union, and despite that, it does not apply to the Schengen visa system. The Cyprus visa is only for it and does not enable you to enter the rest of the European Union.
Obtaining a Cyprus visa requires some papers, including a travel request form to Cyprus, a bank statement, a letter from the employer, a hotel reservation and an airline ticket.

The distance between the most important tourism cities in Cyprus

After we got to know in detail where Cyprus is located, we explain below the distance between the best tourist cities on the island of Cyprus, which you must visit all to enjoy its coastal climate and bright sunlight.

Where is Nicosia located from Larnaca?

You can move between Nicosia and Larnaca by renting a car in less than an hour. The distance between the two cities is about 58.8 km, as shown in the following Google Map.

Where is Famagusta from Limassol located?

116 km is the distance between Famagusta and Limassol. You can travel this distance in two hours to a third by following the path of the following map.

Where is Nicosia located from Famagusta

Famagusta is 84.9 km from Nicosia, the capital of Cyprus. The estimated time of journey by car is approximately one hour and a quarter by following the path of the following map.

Where is Limassol located from Larnaca?

The distance between Limassol and Larnaca is estimated at 87.7 and the journey between the two cities by car takes approximately one hour and five minutes, by following the path shown on the following Google Map.

Where is Limassol located from Paphos

The distance between the city of Limassol and the city of Paphos is about 74.7 km, which is approximately one hour and five minutes, according to the following Google Map.

Where is Paphos located from Nicosia?

The journey between the two cities takes approximately two hours, ten minutes by car, and the distance between them is 153 km, as shown by the Google Map.

Dear reader, we explained to you in this article where Cyprus is located specifically, the distance between the capital and the most important tourist cities in it, as well as the best and most important group of hotels in Cyprus, and in case you want to know exactly the best tourist attractions in each of the amazing cities of Cyprus, all you have to do is read our article Tourism in Cyprus .. Read more