France is one of the best tourist destinations in Europe and most ideal for all family members for different ages and purposes, if you are a new wedding then there is no romantic poetic place better than the dreaming cities of France, and if you are looking for recreation then your place is among the French green parks and archaeological buildings that attract attention, but if you are Family or friends, so much more fun and entertainment.
If you have already decided to travel to France, this article is a comprehensive guide for you explaining where France is located and how you can travel to it and reach among its most important tourist cities. 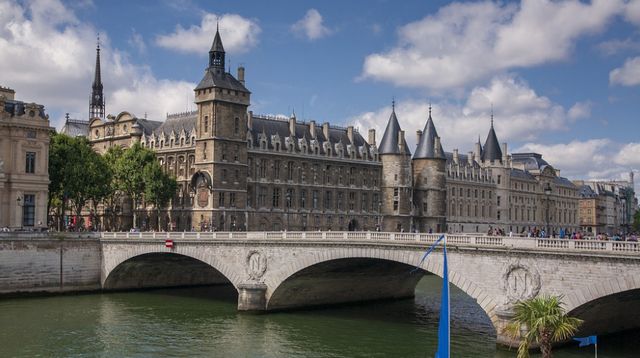 As a tourist country, France has many of the finest and best European hotels and the oldest in history and heritage, which is evident in its attractive architectural styles that oscillate between European classics and modern spirit of modernity, with a luxurious level of services and facilities and varying prices that suit the different budgets of visitors. The following link provides a comprehensive guide to the best France hotels according to reviews and nominations of previous visitors … Read more 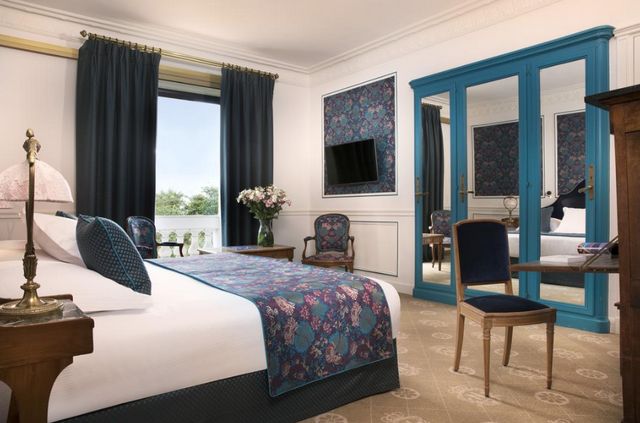 Where is France located on the world map?

France is one of the largest countries in the European Union and the eight major industrialized countries. It is located in western Europe, with some regions outside the borders of the European continent, the most famous of which is the territory of Guyana in Latin America, which borders Brazil and Suriname.
Europeanly, France has borders with many countries such as Germany and Switzerland in the east, Belgium and Luxembourg in the northeast, Italy and Monaco in the southwest, Spain and Andorra in the southeast, as well as the Alpine and Pyrenees and Jura ranges in the south and east.
From the water borders, the North Sea extends to the north of France, the English Channel to the northwest, the Atlantic Ocean to the west, the Rhine to the east, the Mediterranean to the southeast, and the French Non-European Territories also overlook the Indian and Pacific oceans.
For more clarification and to know where France is located on the world map, you can see the map of France attached to the article, which shows France’s position among the countries of the world and the location of the most important and largest cities:

Where is France located and how can it travel to?

Having known together where France is located on the map of the world in particular, we are now taking with you travel procedures to enjoy an unforgettable trip and vacation.
Initially, Arab citizens traveling to France require obtaining a Schengen visa, which allows the holder to enter about 25 countries that are signatories of the agreement, which means that your trip can extend to and from cities bordering France such as Germany, Belgium, the Netherlands and Luxembourg.
The Schengen visa gives its holder the opportunity to reside in French territory for a period not exceeding 90 days, which may extend to a year or two or more, depending on the purpose of travel.
In order to obtain a Schengen visa eligible to travel to France, the contact form should be printed on the website of the French embassy with a clear personal photo attached to a white background, a passport that is valid for at least 6 months, a bank account statement or commercial record or a document proving the employer, income or pension Previous travel visas, an international health insurance policy of 30,000 euros, booking airline and destination accommodation in France.
Completed papers are submitted to the embassy to determine the date of the personal meeting and to obtain a decision on the visa.

Where is France located and the distances between the most important cities of France?

France includes a number of the most important tourist cities in Europe and the world, such as Paris, Cannes, Nice, Marseille, and many others.
After becoming familiar with France, where exactly is France, and in the event that during your trip you decide to pass through more than one of the French cities that are popular with tourism, we save you the trouble and effort of research and offer you through the following paragraphs the distances and the best ways to reach between the centers of these cities.

Where is Paris from Lyon located?

Where was it from Marseille?

Where is Nice from Chamonix located?

How far is Colmar from Annecy?

Where is Strasbourg from Dijon?

Strasbourg is 331 km the equivalent of 3 hours and 12 minutes driving via tracks A35.36.
Or 356 km, equivalent to driving for 3 hours and 31 minutes on A31.
Dijon is about an hour and 56 minutes from Strasbourg, traveling by bus.

The distance between Eckrich and Berg

Where is Avignon located from Penfield?

Where is Nimes located in Montpellier?

Where is Macon from Valence located?

Finally, after becoming fully aware of where France is located and if you have some questions and inquiries about the location of France and the size of the distance between its most important tourist cities, you can write it in the comment box below and we will provide you with an answer as soon as possible.
And now we leave you on a short tour with the most beautiful, popular and popular tourist destinations in France, which you can go through by visiting the following link .. Read more