Dubai is the perfect city for wedding and honeymooning

What is the capital of India

7 of the best Munich hotels in Germany recommended 2022

Germany is one of the most important tourism destinations in Europe, as it is one of the few countries that suit tourism tours with all age groups and financial classes. Tourism in Germany varies from charming nature, valleys, coasts, glaciers and alpine mountains, to archaeological scenes such as palaces, forts, castles and the Berlin Wall, which reflect a civilization that began It flourished in a time immemorial and continued and changed the face of the world, as well as the joy of the arts, festivals and museums.
So we will be your guide on your trip and answer all your questions about where Germany is located on the world map, how to get a travel visa to it and the distances between the most important cities in it. 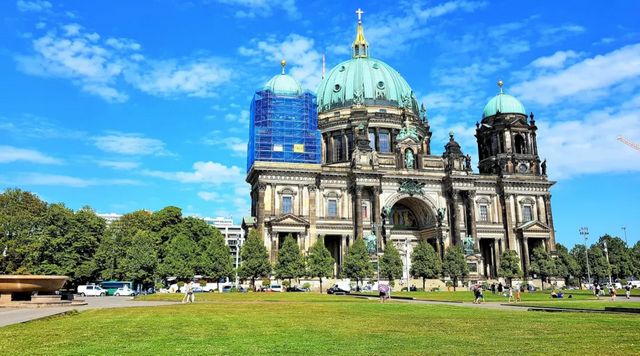 Established in Germany, an integrated group of luxury and international hotels, and all of them have won the satisfaction of visitors for the multiplicity of their features, such as their locations near the tourist attractions in Germany, and for their services that are comfortable and luxurious, and below we will display a list of the best hotels in Germany, according to the reviews and opinions of Arab visitors .. Read more

Read:Tourism in Qarmash … Europe’s best city for skiing and mountaineering 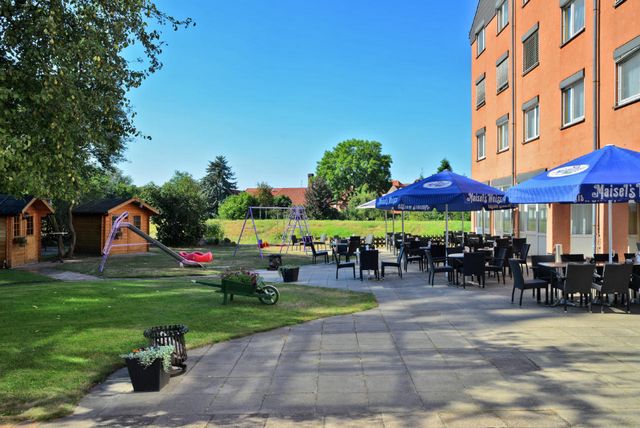 Where is Germany located on the map?

Germany is located in central Europe, and shares its northern borders with the North Sea, Denmark and the Baltic Sea, and is bordered to the south by the states of Austria and Switzerland, while from the east it is bordered by Poland and the Czech Republic, and to the west by France, Luxembourg, Belgium, and the Netherlands. Below we will display the map of Germany and where Germany is located specifically on Google Maps:

How to travel to Germany

Tourism to Germany is divided into two types, the first is the Schengen visa, which can be extracted from all countries of the European Union, and its duration ranges between 3 to 6 months is not extendable except in very simple exceptions, and the second type is the tourism visa issued by countries that are not members of the European Union , It is granted only for the duration of the tourist program and is not subject to extension.

The distance between the most important cities of Germany

After we got to know where Germany is located, we will know below what is the most important and prominent city in Germany and the shortest way to travel between each city and another, while supporting this with maps showing the distance in kilometers.

Read:7 of the best Munich hotels in Germany recommended 2022

Where is Frankfurt located from Hamburg?

Frankfurt is 4 hours 23 minutes away from Hamburg, which is 492 km when traveling by car via the A7 route
While the distance between the two cities takes 3 hours 44 minutes when traveling by bus.
The distance between Frankfurt and Hamburg is 1 hour 10 minutes by flying via Lufthansa Airlines, Royal Dutch Airlines, British Airways, with an average of 10 to 17 flights per day non-stop.

Where is Cologne from Dresden?

The distance between Leipzig and Heidelberg

The distance between Leipzig and Heidelberg is 5 hours 8 minutes, which equates to 495 km by car via the A5 and A4 trails.
The distance is 5 hours 42 minutes from the bus.

Where is Munich from Dusseldorf?

The distance between Munich and Dusseldorf is approximately 612 km, which equates to 6 hours and 24 minutes’ travel by car.
While the distance can be traveled by public buses in an estimated time of 5 hours 26 minutes.
The distance between the two cities by plane is estimated at a time of up to an hour and 5 minutes via Lufthansa Airlines, Eurozone EasyJet, which provides between 12 and 27 daily flights.

The distance between Berlin and Baden-Baden

Berlin and Baden-Baden are approximately 709 km away, which equals 7 hours 31 minutes’ drive via the A9 route
While the distance between the two cities is 2 hours 50 minutes by plane via RNB one or more stops.

Where is Stuttgart from Bonn?

If you still have some questions and inquiries about where is Germany located or how to travel to it? You can write your inquiry in the comments box below to answer it as soon as possible, and to find out the most beautiful places of tourism in Germany you can follow the following link .. Read more

Where is America located and how to travel to America

What is the capital of Lebanon

How to bring a travel bag

The most important tourist places in Bishkek, the capital of Kyrgyzstan, the country of beauty and mountains

The best cities of Germany for family tourism