Ireland is the country of legendary beauty, that island with amazing views, which is one of the most magnificent tourist destinations that attract tourists from all countries of the earth, to enjoy the picturesque nature, and see live pictures of the magic of nature between the waters of blue and the mountains covered with plants, and the archaeological sites that carry many parts of their parts History of the country.
To answer the most important questions and inquiries about where is Ireland? How much is the distance between the most important tourist cities in Ireland, in this article we will give you the answer to them. 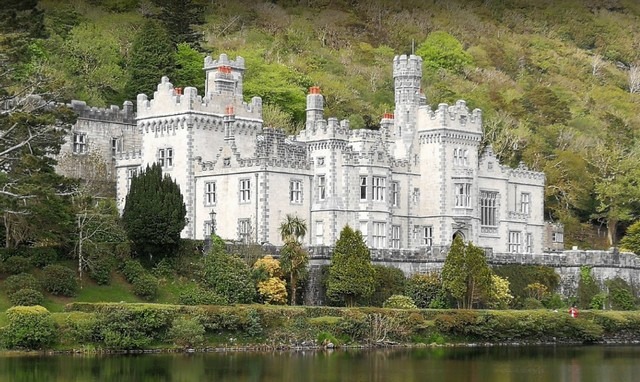 Where is Ireland located on google map?

The State of Ireland is one of the islands located in the northwestern part of the continent of Europe, Ireland constitutes one-fifth of the island on which it is located, which is the island of Ireland which is called the Emerald Island, and that island is divided into both the Republic of Ireland, and Northern Ireland that follows the British Crown, the island is located In the Northeast Atlantic, near the British island, Ireland separates three seas from Britain, the North Sea, the Irish Sea, the Celtic Sea, and the St. George’s Channel.

How to travel to Ireland?

After we got to know where Ireland is? We will know how to travel to it, if you want to travel to Ireland you must ensure that your passport is valid for at least six months, and you can obtain the visa by visiting the official website to submit the application, then review the Irish embassy or consulate in your country, which allows you To stay in Ireland for no more than 90 days.

After we got the most important information that answers many questions when tourism in Ireland and we got to know where Ireland is? We are now reviewing the distance between the most important Irish cities according to Google Maps estimates, and how long it takes for them to travel by car or plane if available.

The distance between Dublin and Galway

The distance between the capital Dublin and the city of Galway is about 208 km, and this distance can be traveled in two hours and 24 minutes, when using a private car to travel through the fastest roads leading between them, according to the map shown below.

How far is Cork from Limerick?

The distance between Cork and Limerick is about 98.7 km. When traveling by car, this distance will take one hour and 29 minutes, to walk through the fastest roads between them, while there are two other roads that differ between the distance, as shown in the following map.

The distance between Waterford and Kilkenny

Waterford is 52.1 km from Kilkenny, and when using the vehicle as a means of transportation it will travel the distance in 46 minutes, across the only road between the two cities, and this is shown in the following map.

The distance between Dublin and Sligo

According to Google’s estimates, it was found that the distance between the two cities was estimated at 207 km, which can be traveled by private car in two hours, and 37 minutes via the highway, while there are two other methods that differ in the distance and the duration of arrival, as shown in the map below.

The distance between Kildare and Dublin

The distance between Kildare and the capital Dublin is about 55.3 km, and this distance can take only one hour when getting in a private car, by walking through the fastest roads leading between them, according to the map shown below.

That way, we know you and you on a quick tour, where is Ireland? How far is the distance between the most famous tourist cities in Ireland, so that you can visit the most important tourist attractions, archaeological sites, and each city among them.
In case you want to know more about the most important tourist attractions in Ireland, you can read the following article through .. Read more

The 4 best parks in Rome that we recommend you visit