Langkawi Island is an archipelago made up of 99 islands in the West Coast of Malaysia surrounded by the wonderful turquoise sea and surrounded by hills covered with bushes and picturesque rice fields, in addition to the attractions of Langkawi historical and archaeological attractions attracting a large number of tourists from all countries of the world wishing to spend holidays between the sandy beaches and charming scenery Swaying and recreational activities such as hanging carts and fun tours.
If you want to visit the tropical jewel of Langkawi, you should read the following lines that are considered a guide for you and know where the Langkawi is on the map, how far it is between it and the most important tourism cities in Malaysia and a map facility showing the available means of transportation. 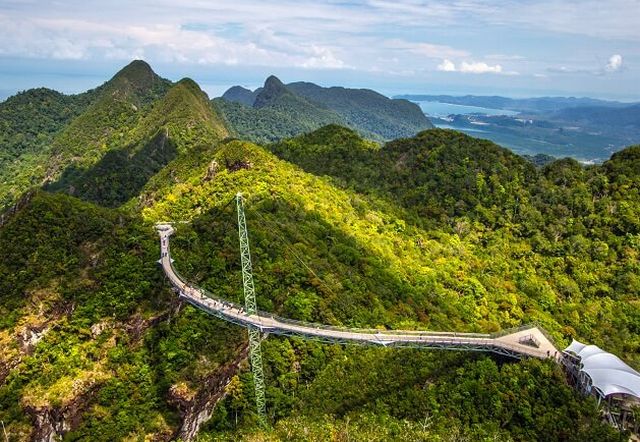 The best of Langkawi hotels

The city of Langkawi includes a huge group of high-end hotels and resorts with a magnificent view of the mountains and gardens, providing all facilities and entertainment services for the convenience of the guests. 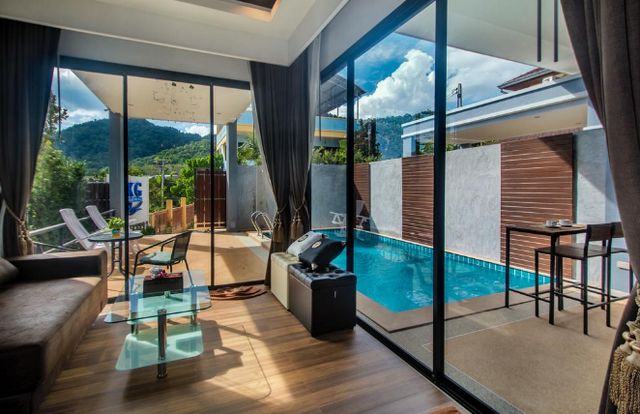 Where is Langkawi on the map?

The charming city is located 30 square meters from the northwest of the state of Malaysia, opposite the bordering state of Thailand, and is one of the largest islands in terms of population. The terrain of Langkawi varies between hills, forests and plains, and rises from the sea about 700 meters.
The following is a map showing exactly where Langkawi is located in the country of Malaysia:

Where is Langkawi from Kuala Lumpur?

When you want to move from Langkawi to the Malaysian capital, Kuala Lumpur, you will arrive within 55 minutes via flights from Air Asia, Malaysia Airlines or Malindo, as it is the only available means of transportation between the two cities, and you can see the attached map.

How far is Langkawi from Cameron Highland

The distance from Langkawi to Cameron Highland is about 55 minutes and there is no transportation between the two cities except Air Asia, Malaysia Airlines or Malindo Airlines, as shown in the map attached below.

How far is Langkawi to Johor Bahru

It is estimated that the distance from Langkawi to the city of Johor Bahru is approximately one hour and 30 minutes. Air travel through Air Asia, Malaysia Airlines or Royal Brunei Air, and this is considered the available means of transportation between the two cities.

Where is Langawi from Shah Alam

You can travel the distance within fifty-five minutes by plane travel via Air Asia, or through Malaysia Airlines or via Malindo Airlines, and there is no transportation other than the plane between the two cities.

Where is the city of Langkawi from Ipoh?

The distance from Langkawi to Ipoh is approximately 4 hours and 5 minutes by plane travel via Air Asia, Malindo Air, or via Scott Air and is the available mode of transportation between the two cities.

How far is Langkawi from Selangor?

The distance from Langkawi to the city of Selangor is estimated at about fifty five minutes by plane travel via Air Asia, or by Malaysia Airlines, or by Malindo Airlines, and the flight method is available for transportation between the two cities as you can see the map below.

After we got to know the most accurate details about Langkawi Island and its location on the map and how far it is from the most important tourism cities in Malaysia, you just have to enjoy seeing the most important tourist attractions such as the Eagle Monument Square, the air bridge and the cable car, visit the mangrove forests, the Bata Caves and other monuments and for more information you can visit The following link .. Read more

The best 4 villas in Langkawi are recommended

Top 10 places to visit in Langkawi

The 8 best places to shop in Langkawi

6 most beautiful gardens of Lebanon, we advise you to visit