A detailed report on the Bosphorus trip from Eminonu

Tourism in Warwick .. Enjoy a beautiful trip that you will not forget in “Warwick” …

Tourism on the Spanish island of La Gomera … the most beautiful Canary Islands and a beautiful trip in the “La Gomera Spanish” ..

Mallorca is one of the most popular tourist destinations in Spain, as it is the largest Balearic Islands in terms of area and most visited by tourists from all over the world, due to its enjoyment of natural diversity of beaches and mountains and the geographical diversity of its rural areas and nature reserves.
Majorca also includes a group of important historical and cultural attractions such as the baths of Arab Palma dating back to the Islamic civilization of the Andalusian era, and the castle of Belfair dating back to the fourteenth century AD.
In this report, we answer you about the most common questions that come from valued visitors wishing to tourism in Majorca, where we will get to know together where Mallorca is and how far it is from the rest of the Balearic Islands and other important Spanish cities such as Madrid and Barcelona. 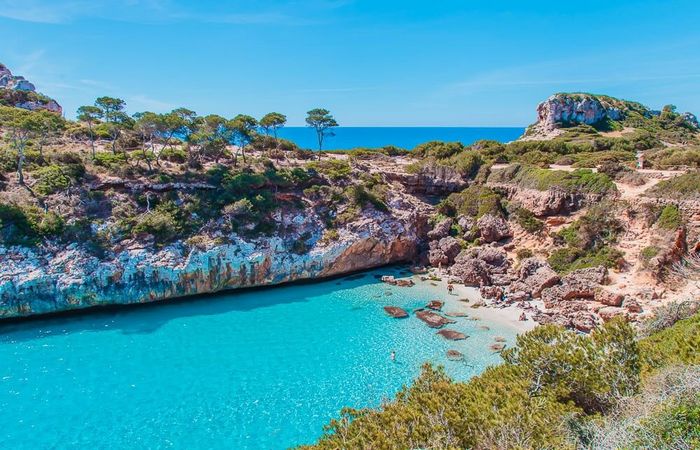 Majorca includes many hotels that are considered one of the best hotels in Spain, which has a lot of positive reviews by Arab guests who have previously experienced residence, and we have collected those hotels in this guide that you can visit by clicking .. Read more

Read:Where is the Balearic Islands of Spain located? 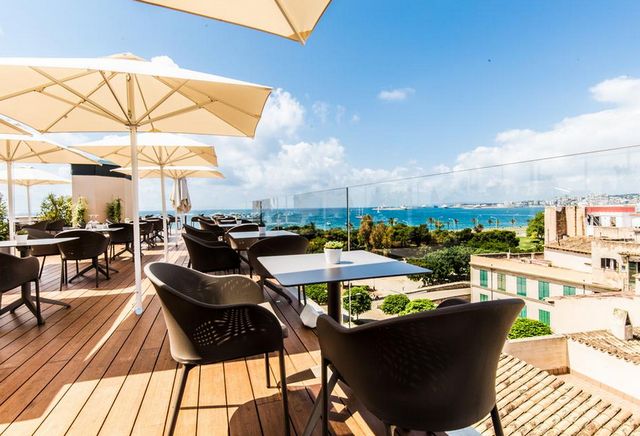 Where is Mallorca located on the map?

Mallorca is located in the archipelago of the Balearic Islands in the western part of the Mediterranean Sea east of the Kingdom of Spain, close to the coast of Valencia on the Iberian Peninsula.
Please see the following map to find out exactly where Mallorca is located on Google Maps:

Distances between Majorca and other Balearic Islands:

We will now know where Mallorca is relative to the other major Balearic Islands such as the island of Ibiza and the island of Menorca, which we recommend to visit while visiting Mallorca for a more enjoyable and exciting tourist trip.

The distance between Mallorca and Abiza

The distance between the two islands is 153 kilometers, according to Google Maps, and the distance can be covered in just two hours by plane when departing from Palma Airport at a cost ranging between 37 to 96 dollars, and the ferry can travel in 4 hours except a quarter at a cost ranging from 55 to 230 dollars.

The distance between Majorca and Menorca

Menorca is 217 km from Mallorca, and it is possible to travel between the two islands by plane in three hours upon departure from Palma Airport and by ferry in four hours.

The distances between Majorca and the most important cities of Spain:

How far is Mallorca from Valencia?

Read:Travel Tips to Barcelona .. Learn tips for an unforgettable visit!

How far is Mallorca from Madrid?

Majorca Island is 637 km from the capital, Madrid, and can be reached by direct flight in 3 hours 20 minutes at a cost of no more than 139 dollars.

How far is Mallorca from Barcelona?

The distance between Mallorca and Barcelona is about 301 kilometers, and it is possible to pass that distance in an hour or a quarter only by direct flights from Barcelona Airport to Palma de Mallorca, the island’s capital, at a cost of no more than $ 100.
Majorca can be reached by ferry in 8 hours and 45 minutes, at a cost between $ 50 and $ 250 (only one trip is available daily).

The best 8 places to visit in Mallorca Spain

The most beautiful 7 beaches in Majorca

The 4 best activities in Unaizah Mall

A report on the Marsa Aqaba Hotel

Our advice to you when traveling in the cold season

A list of the most important tourist interests in Munich

The best entertainment activities in the Singapore Botanic Garden