Where is Marmaris located? How far is it between Marmaris and Antalya? How much is the distance between Bodrum and Marmaris? One of the most important questions that come to the minds of many valued visitors wishing to tourism in Marmaris, Turkey. In our report, we will answer a large group of the most important questions that we have received about the Turkish city of Marmaris, after we learn together some interesting information about it.
Marmaris is distinguished by its magnificent strategic location on the coast of the Mediterranean Sea, and by the beautiful natural beauty, in addition to the mild climate, which made it one of the most important poles of tourism in Turkey, the paradise of the earth.
One of the most popular tourist areas in Marmaris is the Icmeler Beach, or the golden beach is also called for its serenity of golden water and sand.
It is not advised to travel to Marmaris specifically in the summer, when the temperatures are high and approximately 40 degrees Celsius, so the most appropriate time to travel to Marmaris is in the winter where the weather is nice. 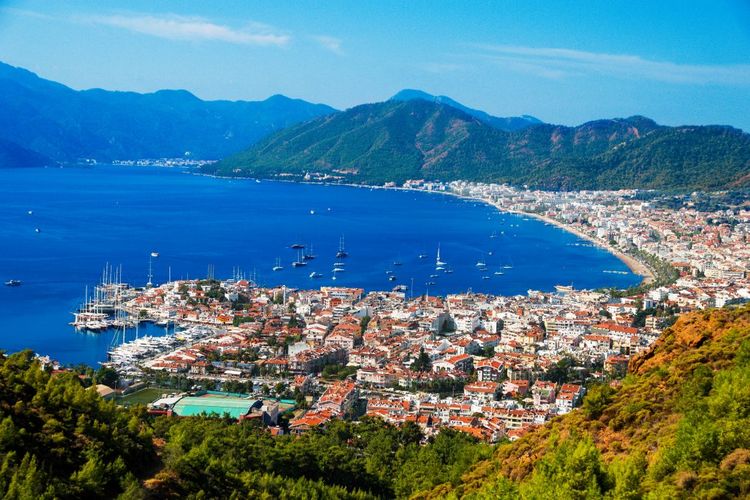 Marmaris includes many of the best luxury hotels in Turkey, and we recommend that you book the hotel in advance of traveling to Marmaris more than a month to get the best offers on prices, and we have collected a large group of the best hotels in it that enjoy high quality service and multiple features in addition to attractive prices and offer in this Quick guide … read more 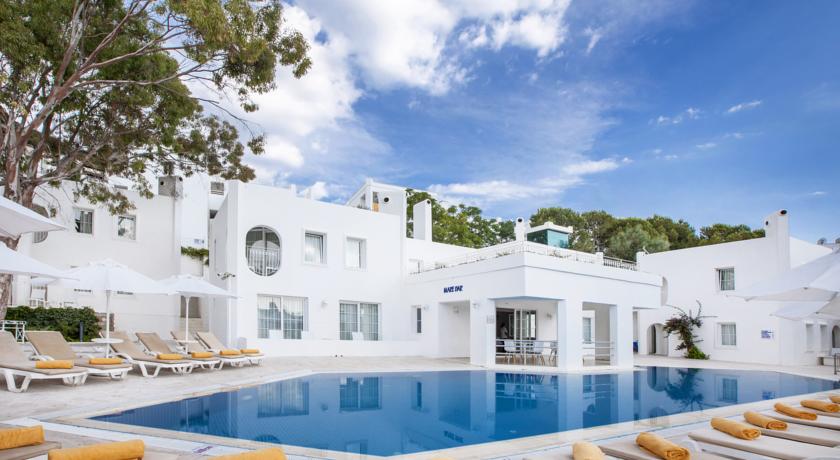 Where is Marmaris located on the map:

Marmaris is located in Mugla Province, in the southwestern side of Turkey, on the coast of one of the Mediterranean branches, which is known as the Aegean Sea, which made it include one of the most important commercial ports in Turkey.
To find out the location of Marmaris on the map of Turkey specifically, you can see the following map:

The most important cities near Marmaris:

After we got acquainted with you on the Marmaris website and some information about it, let us now know the answers to some common questions about its relationship with some Turkish cities, and from those questions Marmaris Turkey is how far is it from Istanbul? How far is Marmaris from Antalya?

How far is Marmaris from Istanbul?

How far is Bodrum to Marmaris?

The distance between Marmaris and Bodrum is about 110 km, and this distance can be covered by car or taxi in two and a third hours, and the bus can be reached in three and a half hours.

How far is Antalya from Marmaris?

The city of Antalya is located in the southwestern side of Turkey. The distance between Antalya and Marmaris is 316 km. This distance can be covered by road or taxi in four hours and 25 minutes, or by bus in six hours and one third.

How far is Dalaman from Marmaris?

The best 7 places to visit in Marmaris

The best 4 apartments for rent in Marmaris

6 of the best Marmaris Hotels tested for 2020

Where is Antalya located and how far is it from Istanbul