Melbourne is one of the most beautiful tourist destinations in Australia and the second largest city after Sydney. Melbourne hosts dozens of attractions that attract thousands of tourists from all over the world, including the Melbourne Museum and the Royal Botanic Gardens Melbourne.
Melbourne has a temperate climate throughout the year, allowing tourists to travel to and tour its suburbs at any time they prefer.
In the following report, we answer a set of questions that come to mind about tourism in Melbourne, we will get to know you and where is Melbourne and how far it is from other tourist cities such as Sydney. 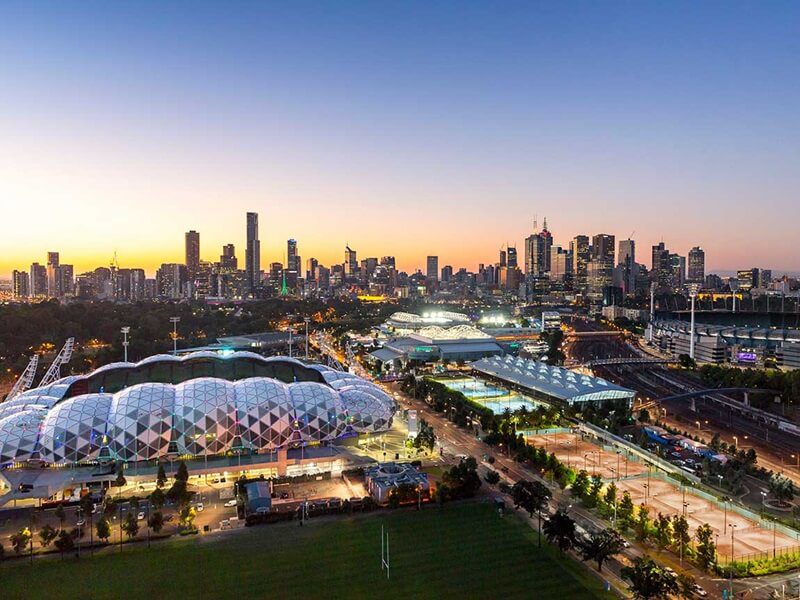 Wherever you travel in Melbourne, you will find many world-class hotels, because it includes a large group of the best hotels in Australia, which have been able to score thousands of positive reviews from guests who have previously stayed there.
To help our valued visitors choose the best of these hotels, we have prepared a report on the best hotel options in Melbourne at the most appropriate rates .. Read more 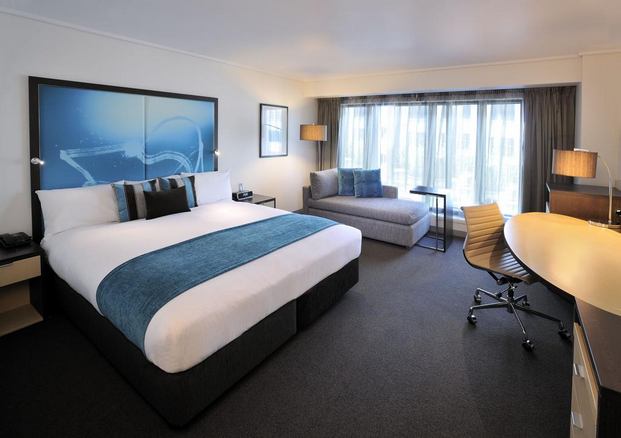 Where is Melbourne located on the map:

The distances between Melbourne and the most important cities in Australia:

Now that we know where Melbourne is located, let us now know where it is relative to some cities and other tourist areas such as the capital Canberra, Sydney, Gold Coast and Brisbane.

How far is Melbourne from Sydney?

Where is Melbourne located for Sydney? The distance between Melbourne and Sydney is about 878 km, according to Google Maps, and that distance can be covered in 8 hours and 44 minutes by car via the M31 track or by train in 10 hours and 26 minutes, and it is also possible to travel by plane in an hour and 35 minutes.

How far is Melbourne from Canberra?

Melbourne is 662 km from the capital, Canberra, which is approximately a seven-hour drive, only a quarter of a car on the route shown on the map below, or a direct flight of 1 hour and 10 minutes.

How far is Melbourne from Gold Coast?

The shortest land distance between Melbourne and the Gold Coast is 1709 km. This distance can be covered by car in 1718 hours and 36 minutes, or by plane in two and a quarter hours via direct flights.

How far is Melbourne from Brisbane?

The distance between the two destinations is about 1684 km, and you can travel from Melbourne to Brisbane and vice versa in 18 hours and 14 minutes by car or in two hours and a third by plane.

How far is Melbourne from Perth?

The distance between Perth and Melbourne is 3,407 kilometers on the shorter land route linking them, and it is possible to travel from one of the two destinations to the other in 36 hours by land by car or by air in 3 hours and 35 minutes.

Where is Aqaba and the distance between it and the most important cities of Jordan?