Miami is the cultural, economic and financial center of southern Florida. The city has an area of ​​about 147 square kilometers, located between Everglades to the west and Biscayne Bay in the east, and is the sixth most populous city in the United States.
The city includes the third tallest skyscraper in the country, and includes more than 300 other skyscrapers, and is a leading city in the financial and commercial sectors, along with culture, media, entertainment and the arts, and has been classified as a global city, and as the cleanest American city.
And the diversity of tourism places in Miami varies between beaches, markets and parks, and is considered one of the most important tourism cities in America in general, and we will assist you in preparing for its visit through this report, which determines where Miami is located among other tourist cities of America. 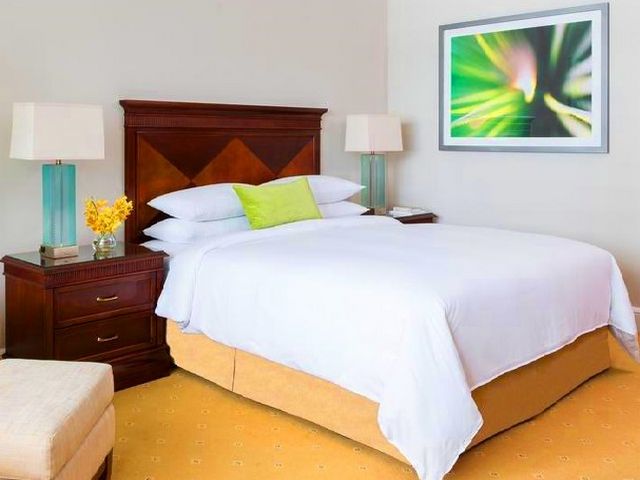 Where is Miami Florida located?

Miami is located in the southeastern United States, and in the southern region of Florida, a coastal city famous for its fresh air throughout the year, and its beaches that provide all means of entertainment and water sports.
To find out more clearly where Miami is located, you can review the following map

Where is Miami located between the cities of America?

Miami is located in southern Florida, near some of the most prominent American cities in the tourism sector, which can be reached through a number of transportation available in the city.
In this report, we will know with you the distances that separate Miami from some of the most important and famous tourist cities.

Where is Miami from Washington, DC located?

Miami is 1,696 km from Washington, and is equivalent to 14 hours and 50 minutes of driving via the I95 North motorway, which can be shortened to two and a half hours by flight.

The distance between Miami and Orlando

Orlando is 380 km from Miami, and the distance can be reached within 3 hours 27 minutes’ drive via the Florida Turnpike Expressway.
The two cities can be switched via flights from Miami International Airport to Orlando in 1 hour and 5 minutes.

Where is Miami from Dallas?

Dallas is 2,109 km from Miami, which is equivalent to 19 hours and 25 minutes on the I10 West to I20 West by car.
The time can be shortened by taking a flight between the two cities, which takes no more than 3 and a quarter hours to travel the distance.

What is the distance between Miami and Chicago?

Miami is 2,220 km from Chicago, which is 20 hours and 26 minutes of driving across the I75 North to I65 North.
It can also be reached from Miami to Chicago via flights from Miami International Airport within 3 and a quarter hours.

The distance between Miami and New York City

What is the distance between Miami and Philadelphia?

Philadelphia is 1,918 kilometers from Miami, that is 17 hours and 25 minutes’ drive on the I95 North motorway, or you can shorten the hours to two hours and 45 minutes by plane.

Where is Miami from Atlanta?

Atlanta is 1,068 km from Miami, which is equivalent to 9 hours and 11 minutes’ drive via the Florida Turnpike Expressway and from it to the I75 North.
You can reach within an hour and 50 minutes by using flights between the two cities, and the following map will show roads and means of transportation more accurately.

It is worth saying that Miami is one of the American cities that is famous for the diversity of its beaches, and it is characterized by an attractive skyline of skyscrapers. Learn more about Miami tourism through the following report .. Read more

Articles you may also be interested in in Miami:

The best 4 places to shop in Miami

The best 4 tried restaurants in Miami

Where is Los Angeles and what are the most important cities near Los Angeles?