The best tourist places in Langkawi

The best 3 activities in the roundabout of the castle in Jazan, Saudi Arabia

Report on the Richmond Hotel Sapanca

Things you should know before traveling to Canada

Here dear tourist the most beautiful winter resorts in Canada

Montreal is the most important tourist destination in Canada, as it is abundant with many historical, natural and modern attractions and destinations, in addition to the wonderful coastal and recreational places, in addition to the fact that shopping is one of the most important tourism activities in Montreal because of the multiplicity of local markets and luxury malls, in addition to the many art festivals and carnivals Recreation annually.
Before heading on a tourist trip to Montreal, learn first where Montreal is located in Canada, as well as distances, fastest and shortest travel routes between Montreal and the rest of the other cities of Canada according to Google Maps estimates. 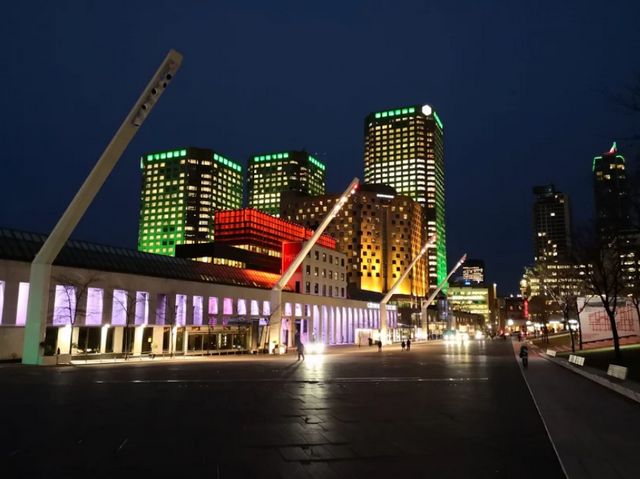 Montreal includes a group of the best hotels in Canada world famous, all of which are characterized by absolute luxury, high-end hotel services and modern entertainment facilities, and then all of them won the admiration of Arab visitors and evaluated them with the highest ratings, you can learn about the best and reservation by visiting the following link .. Read more 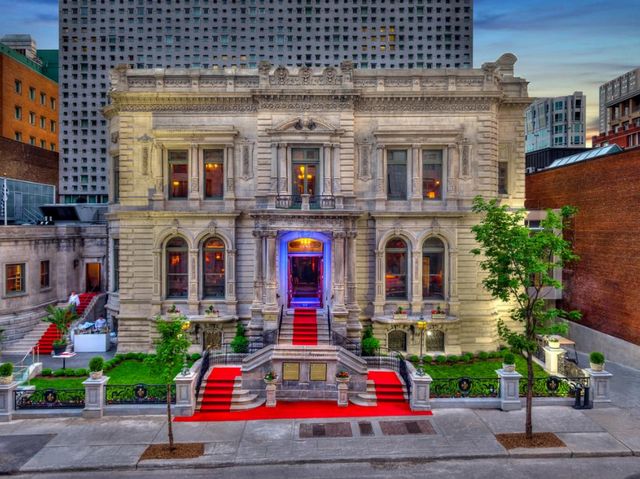 Where is Montreal located?

Montreal is the largest city in the province of Quebec in the south of the Canadian state, located on an island with the name Saint-Laurent River, specifically at the point where the Saint Laurent River meets the Ottawa River, and so the city turns around Mount Royal, and to know where Montreal is located specifically within Canada, you should review Next map:

Where is Montreal among other cities of Canada?

Many Canadian cities with a world-famous nature are approaching spatially in different areas, such as the cities of Toronto and Labrador, and the provinces of Ottawa and Ontario.
In the following lines, we explain where Montreal is, the distances and the access routes from the center of Montreal to these cities, and vice versa to enjoy a tour of enjoyable and distinctive Canadian lands.

The distance between Montreal and Toronto

Montreal is 541 km from Toronto, which is equal to 5 hours 31 minutes’ drive travel through the fastest route shown on the map, and 5 hours 17 minutes in case of public buses.
In the case of plane independence, the distance is shortened to 1 hour 10 minutes via Air Canada WestJet, the airline, Porter Airlines, which provides 37 to 64 flights per day.

Read:Tourism in Montreal .. And your guide to get to know the most beautiful tourist places in Montreal

Where is Montreal from Ottawa?

Montreal is 199 km from Ottawa, which is the equivalent of traveling by car for 2 hours and 2 minutes via the fastest route shown on the map, or 1 hour 56 minutes in case of public buses.

The distance between Montreal and Richmond

Montreal is 547 km from Richmond, which is 5 hours 33 minutes’ drive across the fastest route shown on the map, while the duration is just a little longer than 6 hours 14 minutes while traveling by bus.
You can shorten the time to 1 hour 10 minutes when flying by Air Canada WestJet Airlines, which provides 37 to 64 nonstop daily flights.

Where is Montreal from Vancouver?

Montreal is 4,559 km from Vancouver, which is the equivalent of 46-hour drive travel, using the fastest route shown on the map.
While the distance between the two cities is 4 hours 35 minutes by plane independence, Air Canada Airlines Transat WestJet, which provides 4 to 5 flights per day non-stop.

Read:The best cheap markets in Toronto Canada .. .. get to know them!

The distance between Montreal and Toronto

Montreal is 547 km from Toronto, the equivalent of a 5-hour 34-minute drive, following the fastest route shown on the map, while the distance traveled in 5 hours 17 minutes while taking public buses.
You can shorten the distance between the two cities to 1 hour 10 minutes by flying the plane via Air Canada WestJet, the airline, Porter Airlines, which provides 37 to 64 flights per day non-stop.

Many tourist attractions are located in Montreal, for example, the Botanical Garden, Sherbrooke Street, Notre Dame Church, Chinatown, Bodrum Montreal, St. Louis Square, and other places and activities that you can learn more about by visiting the following link .. Read more

Articles you may also be interested in in Montreal:

The most important 3 tourist places in Montreal

The best 3 Arab restaurants in Montreal

Tourism in Ottawa .. Find out the most beautiful tourist destinations in the Canadian “beauty” capital

Tourism costs in Uzbekistan .. the cheapest countries in the world, and your economic guide for saving more expenses.

Top 4 activities when visiting the missing obelisk in Aswan, Egypt