Where is Oran and the distances between it and the most important cities of Algeria?

Where is Oran located? How far is it between Oran and Algiers? How far is Oran from Tlemcen? One of the most common questions asked by tourists who visit tourism in Oran, as it is considered one of the most important tourism cities in Algeria because of its charming beaches and attractions.
Among the most prominent historical sights in Oran is the Santa Cruz Castle, which was built by the Spanish and the Bey Palace, which dates back to the Ottoman era and was built at the end of the eighteenth century.
In this report, we will introduce you to answers to some important questions about the city of Oran in Algeria, such as its location, the distance between it and Algiers, and how to travel and travel between them. 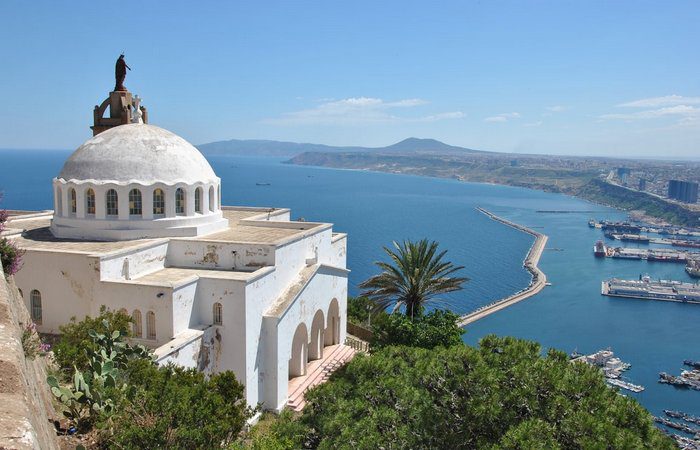 The city of Oran has a good number of the best hotels in Algeria that are recommended by the Arab guests who have stayed before, due to its high quality services and varied facilities in addition to competitive prices.
We have collected some of the unique accommodation options in Oran and presented them in this guide, which we recommend reviewing before proceeding to booking … Read more 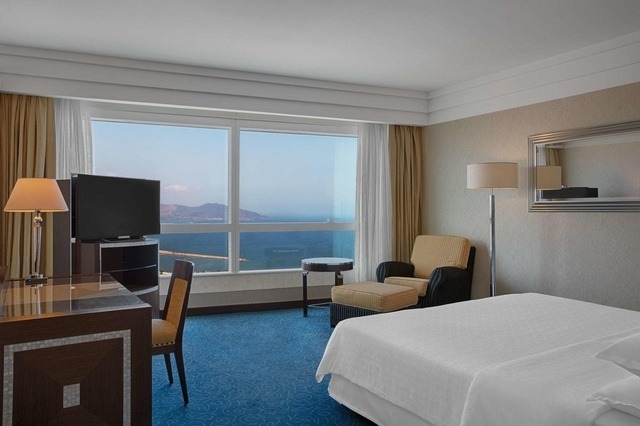 Where is Oran located on the map:

The city of Oran is located in the northwestern side of the state of Algeria, and it partially overlooks the Mediterranean coast. You can see the map below to find out exactly where Oran is located on Google Maps:

The distances between Oran and the most important cities of Algeria:

After we got acquainted with you on the location of the city of Oran in the state of Algeria, let us now know the distances between it and the other important tourist cities and how to get to Oran from it and vice versa.

How far is Oran from Algiers?

Where is Oran from Algiers? The distance between Oran and Algiers is 416 km, according to Google Maps, and that distance can be covered in 4 hours 32 minutes by car or in one hour via direct flights.

How far is Oran from Tlemcen?

Where is Oran from the famous city of Tlemcen? The shortest distance between Tlemcen and Oran is 174 km, and it is possible to move between the two cities in approximately two hours by car via the A1 link between them and shown on the map below.

How far is Oran from Bordj Bou Arreridj?

The shortest distance between Oran and the Wilaya of Bordj Bou Arreridj is approximately 597 km, and it is possible to travel from one of the two destinations to the other in approximately 6 and a half hours by car via the A1 link between them or in two hours except 10 minutes via direct flights.

How far is Oran from Sidi Bel Abbes?

Where is the city of Oran from the city of Sidi Bel Abbes? The distance between the two destinations is approximately 93 km, and it can be passed in about an hour and a quarter by car on the shortest land route linking A1 and shown on the map below.

How far is Oran from Mostaganem?

Mostaganem is one of the closest cities to Oran, the distance between them is about 95 km, and that distance can be traveled in approximately an hour and a half across the N11 path connecting them.

A report on the Disney Disney Paris

Where is Annaba and the distances between it and the most important cities of Algeria?