Search for the Kingdom tower

The 6 best activities on fish lake in Uzungol Trabzon

Tourism on the island of Symi in Greece .. Find out the most beautiful places in Simi island ..

Home ⁄ Indonesia ⁄ Puncak ⁄ Where is Puncak located and what are the most important cities near Puncak?
Share on
Facebook TwitterWhatsapp

Puncak, that elegant Indonesian destination, which possesses the stunning nature of the diversity, between waterfalls, valleys, rivers, and national parks with amazing views, where it forms an artistic painting of harmonious colors that captivates the hearts, as well as diverse entertainment places, which made it the most famous tourist cities in Indonesia Which is especially intended for Arab tourists, as well as nature lovers from all over the world.
If you intend to visit this wonderful city and wonder where Puncak is located? In this article, we will give you the answer to it, as you can learn the distance between Puncak and the most important cities of Indonesia famous. 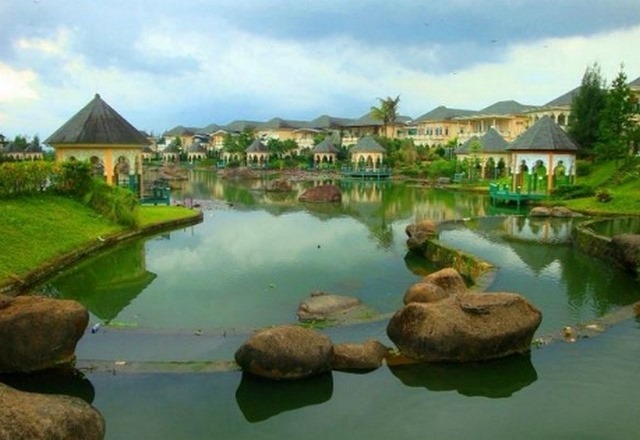 Puncak has a bouquet of the best hotels that enjoy the most beautiful views of the city, as well as ensuring its guests comfort and luxury through rooms and suites equipped with the latest facilities, and provide the best services, and below we will display a list of the best Puncak hotels according to the reviews and opinions of Arab visitors .. Read more 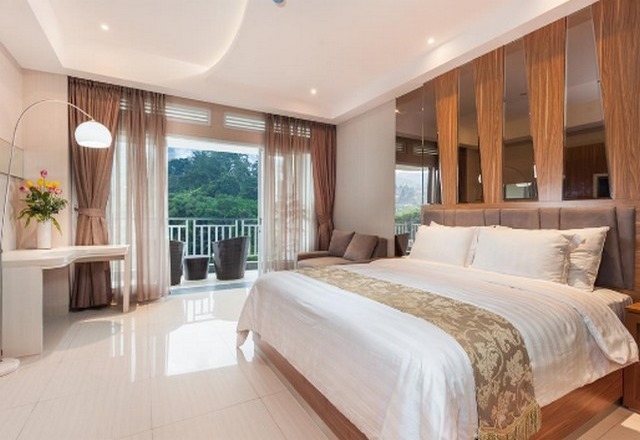 Where is Puncak located on the map?

Posnak city is located about 100 km west of Java, which is located south of Jakarta between the cities of Bandung and Bogor, Indonesia. It can be reached through the Soekarno Hatta varicose airport in Jakarta, or by bus or car. Below we show where Puncak is located on maps Google.

After we got to know where Puncak is, we will know the distance between it and the most important cities according to Google Maps estimates, and how long it takes to travel by car, and travel by plane if available.

How far is Puncak from Jakarta?

How far is Bandung from Puncak?

Bandung is 99.4 km away from Puncak, when using the car as a means of transportation between the two cities, you will arrive within three hours and 52 minutes via the fastest route. The following map informs us about the distance of Puncak from Bandung

How far is Bogor from Puncak?

How far is Bali from Puncak?

The distance between the city of Bali and Puncak is approximately one thousand and 199 kilometers, which can be covered by car in a period of 18 hours and 54 minutes. As for the independence of the plane, this distance can be covered in a period of up to one hour and forty minutes, and this is indicated by the Google map below.

Read:Top 4 activities when visiting a parachute in Puncak

And so we have met with you on a quick tour of where Puncak is located? And how far is the distance between it and the most famous tourist cities in Indonesia, and through this information you can determine the path of your next trip to Puncak, one of the most beautiful cities in Indonesia.
In case you want to know more about the most important tourist attractions in Puncak, you can read the following article through .. Read more

The most important 10 tourist places in Puncak

The best 3 of Puncak hotels tested

The best 3 villas in Puncak Indonesia

The 7 most beautiful destinations in the tourist state of Biskra

The best 8 places of tourism in Bizerte

Top 4 activities when visiting a parachute in Puncak

The best 7 when you visit Outlet Puncak

Report on the Al-Harithiya Hotel Al-Madinah

The most important tourist attractions in Munich

Where is the rocks located and what are the most important cities near the rivers?