Where is Spain’s Canary Islands located?

The Canary Islands or Canary Islands are one of the most famous tourist areas in Spain at all, as it is the preferred destination for thousands of tourism lovers in all parts of the earth.
The Canary Islands consist of an archipelago that includes four major major islands, Tenerife, La Palma, Lanzarote and Greater Canaria, in addition to dozens of small islands that surround it, such as Lobos and Graciosa.
Santa Cruz de Tenerife, the capital of the Canary Islands, is located on the island of Tenerife which is the largest island in terms of population, and includes a group of wonderful tourist attractions such as Tenerife Opera and the Museum of Nature and Man.
The Canary Islands also include many natural attractions such as the charming El Golfo beach in addition to the World Heritage sites of UNESCO, among them the third largest volcano on earth.
Below, we will learn together where the Canary Islands are located in Spain and the distances between the main islands. 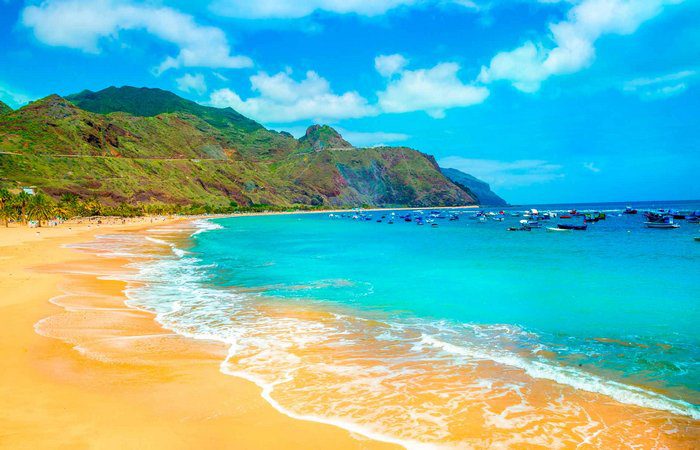 Canary Islands includes many of the best hotels in Spain that provide high-quality service and multiple features in addition to various facilities at competitive prices.
Those hotels have received thousands of positive reviews by guests who have previously stayed in them, and if you are looking for the best accommodation options available in the Canary Islands at the most appropriate price, you can follow the following article .. Read more 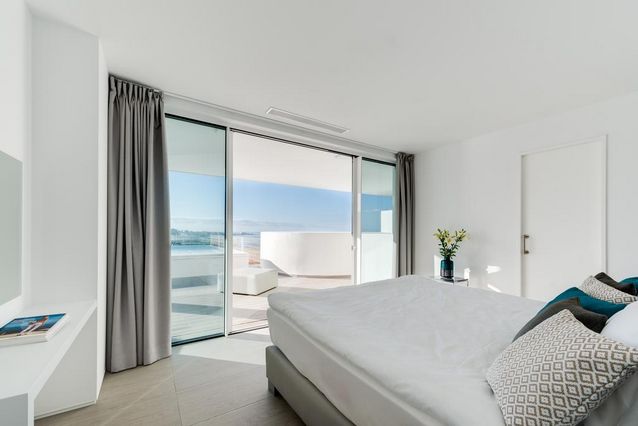 Where is the Canary Islands located on the map:

Distances between the main Canary Islands:

The distance between Tenerife and Palma

The distance between the islands of Tenerife and Palma is about 242 km, according to Google Maps, and that distance can be covered in eight hours, only a quarter of the ferry, while it can be covered in 6 hours and 37 minutes by car via the indicated path.

The distance between Greater Canaria and Lanzarote

The distance between the two islands is 280 kilometers, according to Google Maps. This distance can be traversed by ferry in about eight hours, approximately a quarter, or by plane in an hour, but a third on direct flights, and it can also be traveled in approximately 7 hours by car via the path shown on the map.

The distance between the two particles is about 385 km, and it is possible to travel from one of the two islands to the other in 13 hours by ferry or in 50 minutes by plane via direct flights, and it can be traveled by car in 11 and a quarter hours.

The distance between Greater Canaria and Palma

The distance between Canary Grande Island and La Palma Island is about 364 km, and that distance can be traveled in 12 hours 13 minutes by ferry or in 50 minutes by plane via direct flights, or by car in 11 hours and 21 minutes.

After you got to know where the Canary Islands are located, to know the most important tourist attractions in the Canary Islands that we recommend to visit, you can follow the following article on our website by clicking on … Read more

Where is Annaba and the distances between it and the most important cities of Algeria?

Where is Portugal located and how to travel to Portugal