Sweden is one of the most beautiful countries in the world and contains most tourist attractions, which made it a large number of tourists from different races, but what is Sweden located in which continent? Sweden is located in the north of the continent of Europe, where it is a great place for winter lovers and snow lovers, and is the third largest country in the European Union in terms of area.
Sweden is distinguished by the presence of a large number of museums, universities and international institutes that receive students from different regions of the world, in addition to the ancient buildings, open gardens and charming lakes, in addition to restaurants, entertainment centers, hotels and resorts that make tourism in Sweden an integrated experience. 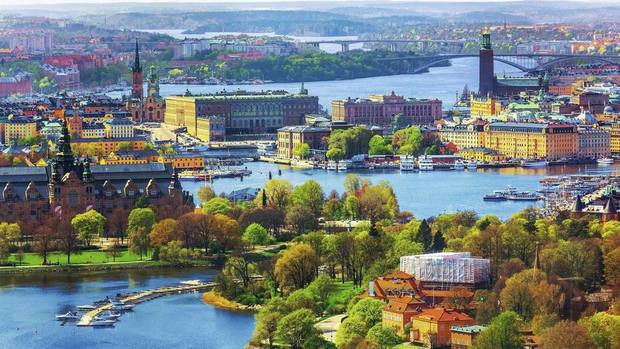 Where is Sweden located on the map?

Sweden is bordered to the west by Norway and to the northeast by Finland. Sweden also has maritime borders with Denmark, Germany and Poland to the south, and from the east it has borders with the states of Estonia, Latvia, Lithuania and Russia.
In the following link, we determine where Sweden is located on the Google map

The distance between the most important cities of Sweden

After we elaborated an answer to the question of where the country of Sweden is located, we will now explain the distances between the most important Swedish cities and each other.

The distance between Stockholm and Gothenburg

Gothenburg, the charming city of Stockholm, is 471 km away, which is equivalent to 5 hours and 5 minutes by car via the route shown on the map, or the equivalent of 3 hours by train.

The distance between Malmö and Helsingborg

Helsingborg is 64.4 km from Malmö, you can drive them in 40 minutes by train, or 50 minutes by car via the path shown on the map.

The distance between Uppsala and Visby

These two cities are 280 kilometers away from each other, equivalent to 5 hours and 22 minutes by car via the route shown on the map, or the equivalent of 5 hours and 18 minutes by train, you can reduce this distance to only 50 minutes if you decide to travel by plane .

The distance between Lund and everyday

The city is a day away from Lund at a distance of 1233 km. You can drive them in 13 hours and 53 minutes via the route shown on the map, or 14 hours and 28 minutes by train, this distance is reduced to two hours and 50 minutes if traveling by plane.

The distance between the cities of Jonkoping and Norrkoping

The distance between Stockholm and Lund

Lund is 604 km from Stockholm, you can drive by car in 6 hours 23 minutes via the route shown in the map, or by train in 4 hours and 12 minutes, or by plane in an hour and five minutes.

After we got to know in detail the answer to a question, where is Sweden? And the distances between the main Swedish cities, you can find more information about the most important sights and attractions in Sweden by reading the following article … Read more

Report on the Jumeirah Baku Hotel

Where is Georgia located and the distances between the most important tourism cities in Georgia?