In this report, we will answer the most important questions we receive about tourism in Tabuk, from which where is Tabuk located? How far is the city from Tabuk? And how it can be reached from the capital Riyadh, and the distances between it and other Saudi cities after learning about a short summary about it.
Tabuk is one of the most popular tourism destinations in Saudi Arabia, as it is a popular destination for residents and tourists, as it includes a group of different historical and natural attractions such as ancient castles and museums, in addition to gardens, amusement parks and wonderful beaches on the Red Sea.
Now, let’s get to know where the city of Tabuk is located, in full detail. 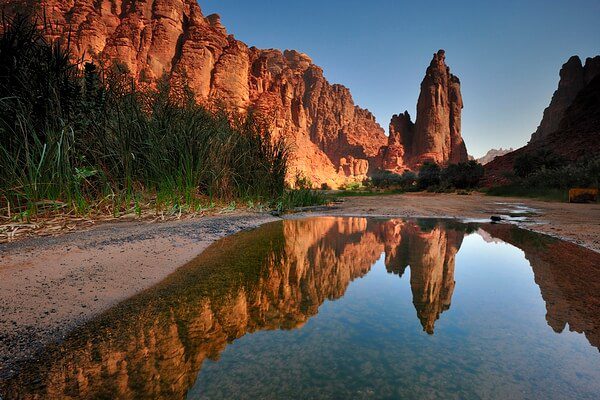 Where is Tabuk located on the map:

The most important cities near Tabuk:

After we got to know where Tabuk is, we show the following distances between the region and the city of Tabuk and the important cities of Saudi Arabia such as the capital Riyadh and some of the areas near them and how to reach Tabuk from those areas based on Google Maps.

How far is Tabuk from Riyadh?

The distance between Tabuk and Riyadh is only about 22 kilometers, according to Google Maps, and that distance can be traveled in 26 minutes by car via Jeddah Road and Taif Street.

How far is Sharma from Tabuk?

Sharma, how far is it from Tabuk? The distance between Sharma and Tabuk is 158 km, which is approximately a two-hour walk, except for a third of the car.

How far is Duba from Tabuk?

How far is Tayma from Tabuk?

Both destinations are 261 km away, and that distance can be traced by car in three hours to a quarter, via the path shown on the map below.

How far is the face from Tabuk?

The shortest way between Al Wajh and Tabuk is 324 km, which is approximately a three and a half hour drive by following the following path. It is also possible to travel by plane in 5 hours and 25 minutes.

How far is Tabuk from Medina?

The distance between Tabuk and Madinah is approximately 683, and it is possible to travel from Tabuk to Medina and vice versa in seven hours except 13 minutes by car, or in an hour and 20 minutes via flights.

How far is Tarif from Tabuk?

The shortest distance between Tabuk and Turaif is about 746 km across the path shown in the map below, and it can be traversed by car in seven hours and seven minutes, or in seven hours except one third via indirect flights.

How far is Tabuk from Yanbu?

Tabuk is about 664 km from Yanbu, and that distance can be covered in seven hours and 10 minutes by car, or in five hours via flights.

Disee how far from Tabuk?

The village of Al-Disah is located in the picturesque nature of the Duba governorate of the Emirate of Tabuk, about 250 kilometers from the city center, and that distance can be covered by car in three hours, but nine minutes.

How far is Tabuk from a field?

The distance between Haql and the city of Tabuk is 228 km, and it can be covered in two and a half hours by car.

How far is Tabuk from Jordan?

The Tabuk region is 311 km away from the Hashemite Kingdom of Jordan, and one of the two destinations can be reached by road by car in three hours and 24 minutes.

Do you have another question about where is Tabuk located in Saudi Arabia and how to get there? If you have questions about Tabuk, you can add it in the comment box below and we will answer you as soon as possible.

Articles that may also interest you in Tabuk:

The 5 best serviced apartments in Tabuk

The 5 best markets in Tabuk are recommended to visit