The Champs-Elysées Street is one of the most famous streets of the French capital Paris, and indeed one of the most famous streets of the world at all. Its total length is about 1910 meters and its width is 70 meters. The shops and outlets on both sides, with extensive greenery, make it the most popular tourist attraction in Paris.
A large number of national celebrations and sporting events are held on the street annually and throughout the year such as the Tour de France bike race, New Year’s celebrations, French National Day celebrations, and a large number of cafes, bars, restaurants, entertainment centers and hotels are spread along the street. 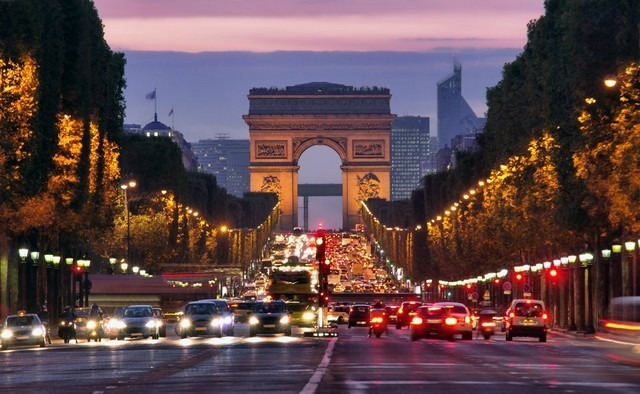 Where is the Champs Elysees Street on the map?

Where is the Champs Elysees Street? The Champs-Elysées is located specifically in the eighth district, northwest of the city, east of the Champs-Elysées Gardens Promenade Gardens, and in the following we will display the location of the street in detail on Google Maps.

How to reach Avenue Champs Elysees

You can reach the Champs-Elysées via the subway, where the street contains 4 metro stations, including Charles de Gaulle Metro Station overlooking the Victory Tower and the Champs-Elysées Clemenceau station. The Paris metro ticket costs 1.9 euros.
The bus can also take you to the Champs-Elysées directly via the bus stop in the Lydans neighborhood.

The most important activities on the Avenue Champs Elysees

You can do a large number of activities inside the Champs Elysées, the most important of which is hiking, or enjoy eating and drinking in one of the cafes there, or even enjoy watching the Arc de Triomphe and taking memorial photos next to it … Read more

Do you have any other questions about where the Champs Elysées is located or how to get there? If you have another question, please add it via the comment box below, and we will answer it as soon as possible, but if you want to know more about the rest of the tourist attractions in Paris you can complete the reading in the following article .. Read more

Articles you may also be interested in in Paris:

10 most famous tourist places in Paris

The most famous 7 places to shop in Paris

10 of the best recommended hotels in Paris

The most important 7 tips before renting a car in Paris

The best 7 when you visit Outlet Puncak