Tourism in the Vatican

Top 6 activities at the Science Museum in Miami

Places to shop in Orlando-Florida

The best 7 activities in Jbeil Castle in Lebanon

The city of Jbeil is one of the oldest cities of tourism in Lebanon, it is the home of ancient civilizations such as the Romen civilization, the Phoenicians and other civilizations, which left a huge legacy of archaeological areas that bring the traveler upside down to get acquainted with the history of ancient glories.
Byblos occupied an important place among the cities of tourism all over the world, and the best evidence for this is that it previously obtained the title of the Arab Tourism City.
Below you will find the most important information about where the city of Byblos is located in Lebanon and the most important cities in Lebanon nearby, with your support with maps that show travel routes and distances in kilometers according to Google Maps estimates. 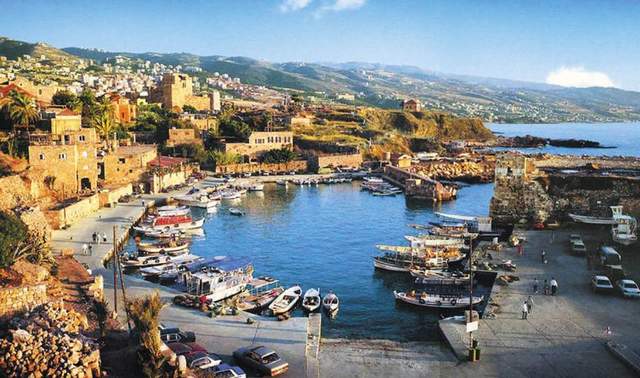 The importance of the city of Jbeil as a main tourist destination in Lebanon has had a great impact on the luxury and spread of luxury hotels, in addition to the beautiful Jbeil chalets as well as the luxurious spa.
If you have made your decision and prepared to visit Jbeil and visit the most beautiful natural and archaeological areas of Lebanon, do not exert yourself to search for the best hotels in Lebanon in Jbeil. 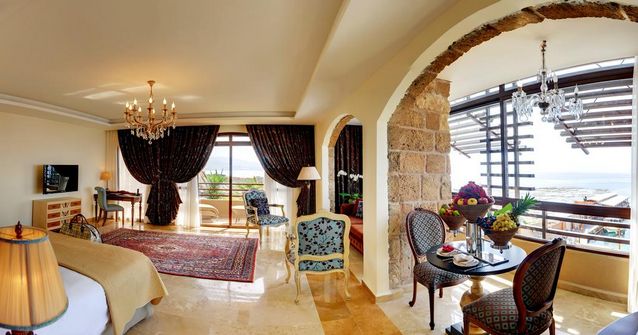 Where is the city of Jbeil on the map?

The city of Jbeil is located in the governorate of Jabal in Lebanon, where it is bordered to the south by the Fidar River valley, to the north by the Gaj River, while the Mediterranean Sea is located to the west.
You can see the following map to get a better understanding of the city of Byblos.

After we got to know where the city of Byblos is located, we also have to determine the distance between it and the best tourist cities in Lebanon, in addition to the path used for transportation according to Google Maps.

How far is Byblos from Beirut

Byblos is 36.9 km from Beirut, as the journey between them takes only about 33 minutes by car, by following the path shown in the following Google Map.

Where is Jbeil located from Baalbek?

The distance between the city of Byblos and the city of Baalbek is approximately 119 kilometers, which equates to an hour and 57 minutes by car, according to Google Maps.

Where is the city of Jbeil from Jounieh?

Where is the city of Jbeil from Tripoli?

Where is Jbeil from Sidon?

Byblos is 80.8 km from Sidon, and the distance between the two cities takes approximately 1 hour and 12 minutes by car, according to the route shown in the following map.

Thus, we have shown you where the city of Jbeil is located and the distance between it and the cities of tourism in Lebanon in order to help you, dear reader, in optimal planning for your next trip and to determine the tourist areas worth visiting in order to spend the best vacation.
You can learn in detail about the most important tourist attractions and attractions in the city of Byblos by reading our next article by clicking .. Read more

Where is Astana located and the most important cities near Astana

The best 4 chalets for rent in Jbeil Lebanon Recommended 2022

The best 7 activities in Jbeil Castle in Lebanon

The 6 best activities at Riley Beach in Krabi Thailand

Report on the advantages and disadvantages of the Sheraton Park Tower Hotel, London