Zagreb is one of the most important natural tourist destinations in the Central European region. The city is distinguished by a variety of rare and flora and fauna that made its gardens the most visited landmark in Croatia, in addition to the mountains and the ongoing rivers that make it the ideal destination for adventure enthusiasts and those looking for a quiet recreational atmosphere, so if you intend Travel and tourism in Croatia is the perfect way to spend a great vacation.
For these, we present the following article to clearly explain and explain to them where Zagreb is located and how it can be reached from the centers of other cities. 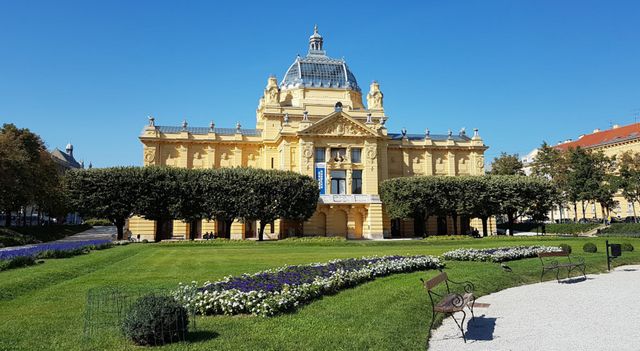 Zagreb includes a group of the finest and best hotels in Croatia as the capital and the first cultural and tourist center in the country. By following the link, you can learn about the best hotels in Zagreb according to visitor ratings for several factors such as the level of services and facilities, the location of tourist attractions, rates of accommodation and service rates, and others .. Read more 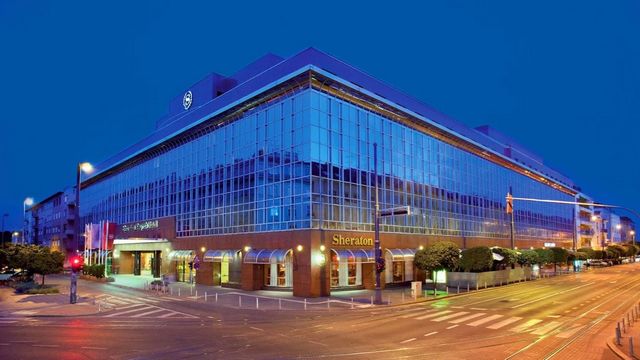 Where is Zagreb located?

Zagreb is the capital of Croatia and one of the most important countries in central Europe thanks to its vital strategic location connecting the region with the Mediterranean.
Zagreb is located in the south of the Medvednica Heights and north of the Sava River, 120 meters above sea level. To know where Zagreb is located, more specifically, see the following sample map:

The most important cities near Zagreb

The Croatian capital, Zagreb, is distinguished by its vital, distinguished location among the most important tourist cities of the country such as Motovin, Pula, Rovinj, Medulin, and others.
So, to save you from the search, we offer you the best distances and the best connections between Zagreb center and its sisters from other major cities of Croatia.

The distance between Zadar and Zagreb

Zagreb is 286 km from Zadar, which equates to driving via E71 for 3 hours 4 minutes, while the journey by public bus takes 3 and a half hours.
If you want to shorten the travel time frequently, you can book a flight between the two cities, not exceeding forty minutes, on the national airline of Croatia or via Lufthansa, which provides one to two flights per day without stopping.

The distance between Zagreb and Split

Split is located 410 km from Zagreb, which equates to driving on the E71 path for 4 hours 21 minutes, and the travel time will increase to 5 hours 13 minutes in case of taking a public bus.
But if you are not a long-term travel enthusiast, flying is your best option, as you can reach Zagreb to Split and back within 45 minutes on the national and Austrian airlines and Lufthansa flights through two to 4 trips that are organized non-stop every day.

Where is Zagreb located from Trogir?

Zagreb is 382 km from Trogir, the equivalent of 3-hour and 51-minute driving along the E71 track. Travel between the two cities increases to 4 hours and 35 minutes by bus.
You can limit the duration to 45 minutes that you fly from Zagreb to nearby Split, or vice versa on Croatian and Austrian Airlines and Lufthansa flights, all of which offer two to 4 daily non-stop flights.

How far is Pula from Zagreb?

The capital, Zagreb, is 268 km from Pula, equivalent to 3 hours of driving 3 minutes on tracks E65 and E751, while the bus is traveled within 3 hours and 30 minutes, while in the case of plane travel the flight does not exceed 40 minutes via Croatian Airlines which provide 6 Non-stop weekly flights.

Where is Zagreb located from Dubrovnik?

Dubrovnik is 600 km from Zagreb, the equivalent of driving on the E71 to arrive in 6 hours and 14 minutes. The duration increases to 10 hours and 37 minutes when traveling by public bus. The travel time is shortened to 55 minutes flying on national and Polish airlines and Lufthansa Airlines They offer two to four daily non-stop flights between the two cities.

The distance between Zagreb and Lucian

Luschen is 245 km from Zagreb, the equivalent of 4 hours and 36 minutes of driving on E65.
The distance reaches 276 km when taking the D100 track in addition to the previous track to arrive in 5 hours and 2 minutes, and the travel time increases to 6 hours and 6 minutes when taking the E70 track, where the distance between the two cities is then estimated at 347 km.

How far is Zagreb from Rovinj?

Zagreb is 251 km from Rovinj, which equates to two-hour and 57-minute drive travel by following E751 and E65 tracks. The duration increases to 3 hours and 50 minutes (318 km) when taking the E70.
By taking public buses, travel time from Zagreb to Rovinj is no more than 3 hours and 15 minutes in all circumstances.
While in the case of plane travel, the distance is not more than 40 minutes via Croatia Airlines, which provides 6 non-stop flights per week.

How far is Zagreb from Karlovac?

Zagreb is 53.6 km from Karlovac, equivalent to driving for 46 minutes by taking the E65 / E71 track. The distance between the two cities is shortened to 1 hour and 4 minutes when traveling by bus.

Where is Zagreb located from Chakovic?

The Croatian capital, Zagreb, is 102 km from اكakovi وهو, which is equivalent to 1 hour 14 minutes of driving along the E65 / E71 track, while the distance between the two cities may extend to 137 km if you follow the E59 path which can be reached within 2 Two hours 12 minutes drive.

Zagreb includes a number of the most important tourist attractions that tourists of different nationalities are keen to visit when traveling to Croatia such as: the National Zoo and Botanical Garden, Mimara Museum, and other landmarks that you can learn about in detail by visiting the following link .. Read more