France, the United States and China are famous for being among the countries that top the list of the most popular countries for travelers, as the number of international visitors who travel annually to each of these countries reaches more than 50 million international visitors annually, but is it dominated by both the Eiffel Tower and the Statue of Liberty And the Great Wall of China on other wonderful tourist destinations in the world, but many tourists around the world overlook it for some reason?

The British Broadcasting Corporation has asked this question and other questions to know more countries in the world that are being ignored by tourists in spite of their distinguished tourist destinations, come with us to get to know the most ignored tourist countries around the world according to the survey:

This beautiful European country is often ignored compared to its neighbors from other European countries and cities including Prague in the Czech Republic or Munich in southern Germany, but what many visitors to Austria’s neighboring countries do not know is that Austria was nearly 100 years ago, One of the most important, most developed and modern imperial countries in Europe, and its cities competed in terms of its popularity and popularity with other famous European cities and capitals such as London, Paris, Rome, but the collapse of the Austrian Empire and the political and economic deterioration that Austria experienced after that for a good period, made many forget what You are the country as a distinct cultural and cultural center in Europe.

Austria actually contains huge numbers of museums and art galleries, which makes it a wonderful tourist destination for amateur study of the cultural heritage of the people and amateurs of art study, in addition to that, Austria contains many historical buildings and wonderful palaces, including Schönbrunn (former imperial palace) in Vienna and all of these The palaces you can access through the network of safe and distinctive tunnels in Vienna, Austria also contains a group of the most famous ski cities in the world and the most famous city of “Innsbruck”.

The truth is that there are many wonderful African countries that deserve to be on the list of the most neglected countries around the world, but we chose to talk about Mozambique because of the great diversity in the distinctive tourist destinations within them in a way that distinguishes them from many other African countries.

Mozambique is located in southeastern Africa and is bordered to the east by the Indian Ocean. Therefore, you will find many amazing beaches with white sand and warm clear waters that characterize the Indian Ocean. There are many islands off the Mozambican coast and they include everything you can find in the famous Maldives. Add Moreover, it is largely uninhabited.

Mozambique contains more than beautiful beaches, it is one of the distinctive tourist destinations for safari trips, and tourists can enjoy a safari experience in the Limpopo River valley, and they can do a number of other activities as well, such as surfing, diving and watching coral reefs off the Tofu coast, Or try swimming with whales and sharks near the Bazaruto archipelago.

Bhutan is a small kingdom in South Asia and is located in the eastern end of the Himalayas and is surrounded by a number of countries that are beyond its fame, namely China, India and Nepal, so what makes the Kingdom of Bhutan one of the tourist destinations worth visiting?
The most important characteristic of the Kingdom of Bhutan is that it is a very peaceful and peaceful country, which allows you to enjoy wandering around the Kingdom freely and see its natural and touristic sights. Because of the country’s location in the Himalayas, Bhutan visitors can see the impressive tourist attractions in Bhutan from over the high mountains, especially Mount Gangkhar Puensum, the highest mountain in the Kingdom of Bhutan, is the highest mountain that has yet to be climbed in the world, with a height of 7,570 meters.

Thimphu City, which is the capital of Bhutan and its largest city, and contains many distinctive tourist areas and monuments, including Buddhist palaces, temples, wonderful local restaurants, and other interesting facts about Thimphu City. It is one of the only capitals in the world that does not contain traffic lights.

But before deciding to visit Bhutan, you must know that the tourist laws in Bhutan are very strict, as it requires that visitors to the country first obtain a visa to visit the country and determine the period and place of their stay through the official Bhutanese authorities, and the government receives taxes from tourists worth $ 65 per day These are taxes that go to the infrastructure for education and health in Bhutan.

Malta is one of the island states that overlooks the Mediterranean Sea and is characterized by its warm wing and easy access to it and the low cost of tourist trips inside it, which makes it an ideal alternative to tourism compared to the famous tourist countries neighboring it, which is famous for the high cost of visiting and most important Italy and Greece, the local people in Malta speak English As well as Italian and Maltese, so the visitor will not find much trouble communicating with the local people, especially if he is an English speaker.

Malta is most affected by its influence on many cultures of the neighboring Mediterranean countries, especially with regard to food, where you can eat many delicious Italian cuisine in one of the beautiful local restaurants and in the open air in moderate weather throughout the year, in addition to delicious food, Malta is home For many of the distinctive historical and tourist attractions, there you can see many beautiful rock temples that were built during the period between 5000-7000 BC, and these temples are of architectural masterpieces due to the magnificence of their design and their large size despite the limited resources available and technical It is the primitive construction that was present at the time of its construction.

While the United States continues to attract huge numbers of tourists thanks to its famous cities, huge national parks and its distinctive natural and tourist attractions, many continue to ignore its neighbor, Canada, which is no less distinguished and contains all the ingredients that qualify it to become one of the famous destinations in the world.

Everyone may think that Canada is only a faded alternative to the United States, but this is far from the truth as Canada contains a group of the most beautiful cities in the world, including the city of Vancouver, where you can enjoy skiing and surfing, and there is also the city of Toronto, which is one One of the fastest cities in North America in terms of rates of development and development, and the city of Quebec, which is the best example of the splendor of European architecture in countries outside Europe, and the city of Montreal, which competes in its beauty the most beautiful and most modern cities in the world, as they are an important cultural center in Canada.

In addition to modern and vibrant cities, you can find in Canada vast areas of vast natural areas and national parks, which are much less crowded than those you will find in its neighbor the United States, and one of the most famous national parks that you can visit in Canada is “Algonquin” park in Central Ontario And there are other wonderful national parks located on the Atlantic coast of the country, including “Gros Morne”, “Terra Nova” in Newfoundland and Labrador. 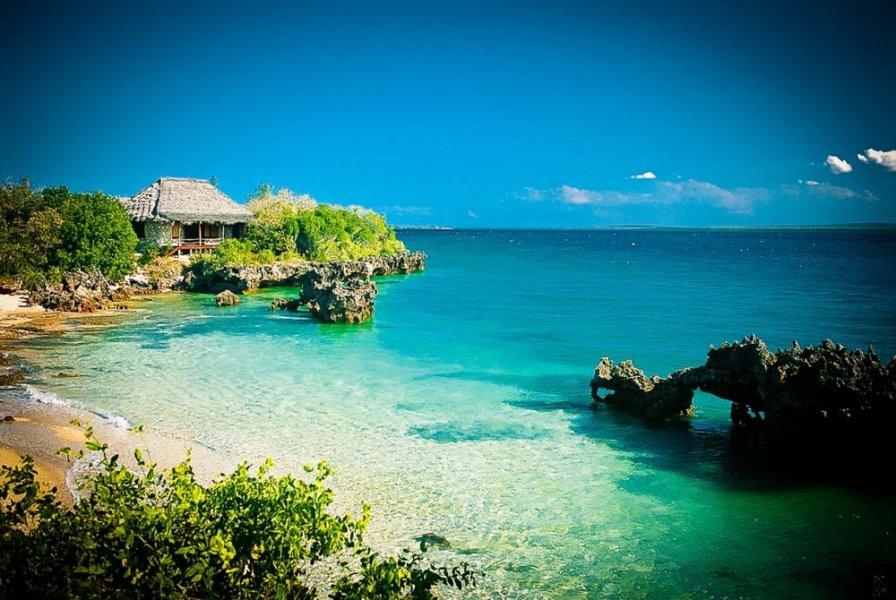 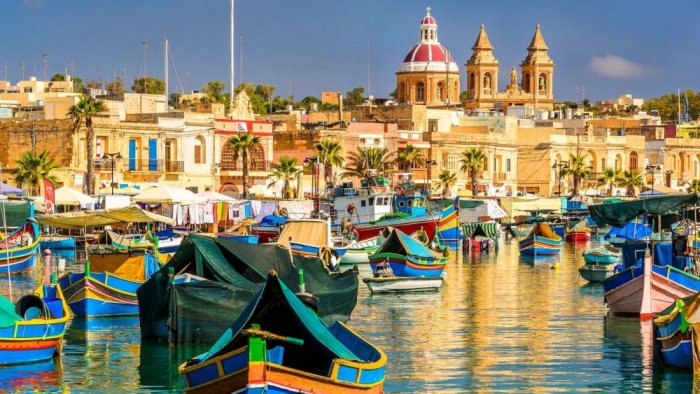 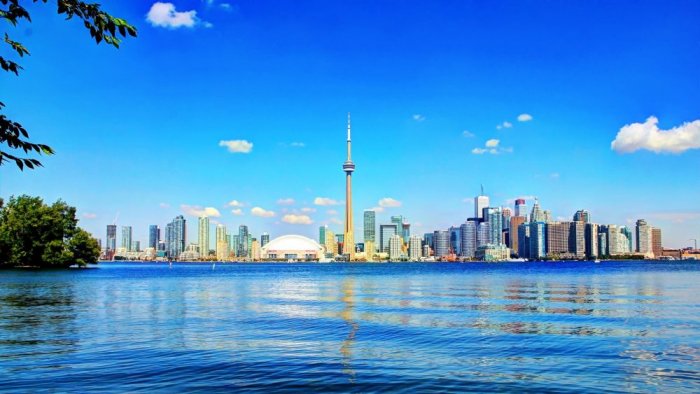 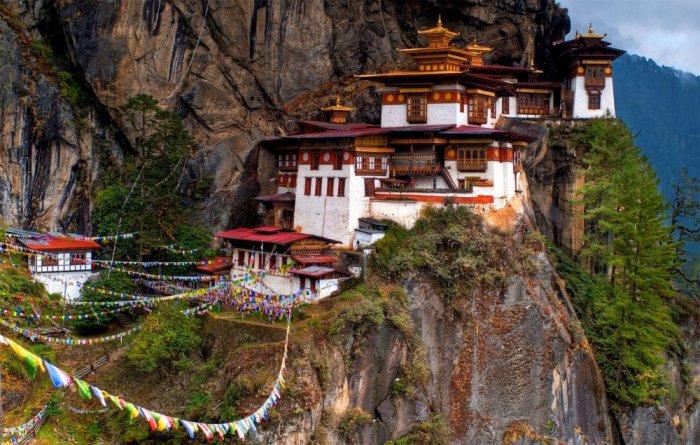 Bhutan, the Kingdom of Bhutan 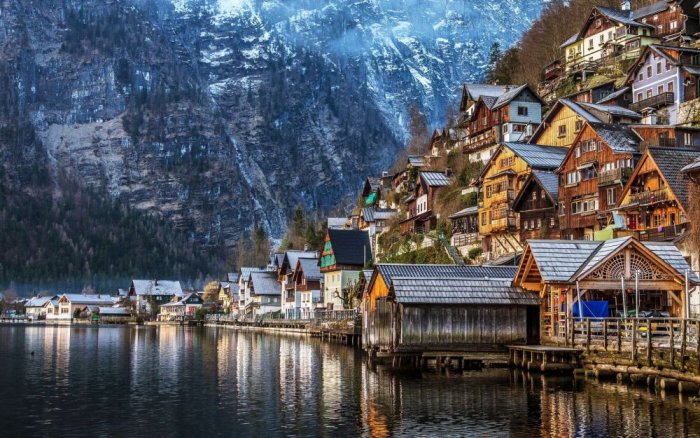 10 tourist paradises summarize the grandeur and splendor of Greece