Beirut Corniche is characterized by lined with palm trees, and the waterfront yard that offers visitors a wonderful view of the Mediterranean Sea and the peaks of Mount Lebanon to the east.

Beirut Corniche was established on French Palace Street, which was built during the period of the French Mandate of Syria and Lebanon along the waterfront that stretches from the old town.
The Corniche surround Beirut Promontory from St. George’s Bay on the northern coast of the city, and in the west it is converted to the place of Rafic Hariri, then to Paris Street and Raouche, and then to General de Gaulle Street before ending on Rafic Hariri Street.
The Corniche is a popular destination for pedestrians, jogging, bikers and vendor pushers that offer a wide range of local snacks and drinks.
Traces of palm tree trunks were lined with cornice with bullet holes from the Lebanese Civil War. 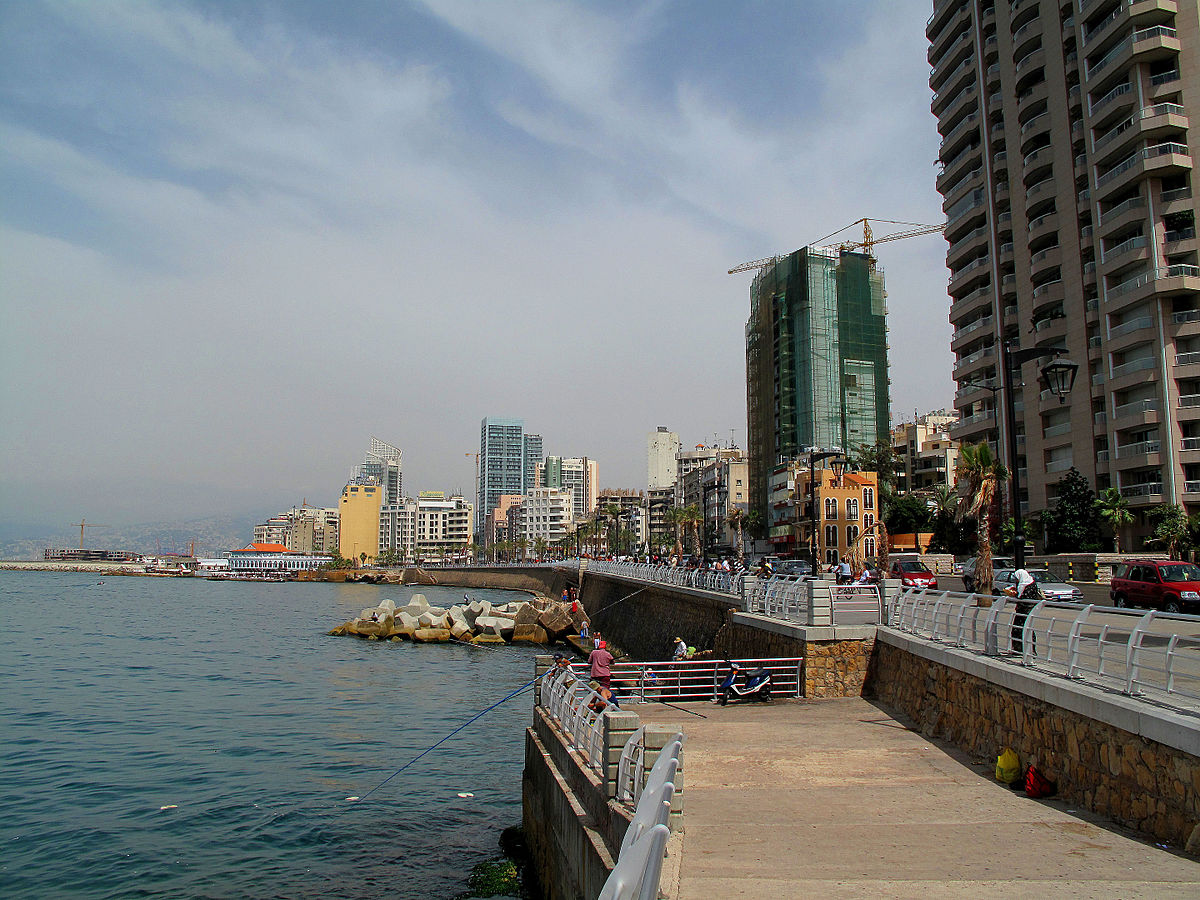 There are many hotels such as the Intercontinental Hotel Le Vendome and the Phenicia Intercontinental Hotel overlooking the Corniche.
In 2001, 76 cement seats were replaced by a new one with ceramic covering of colored pieces designed by Lebanese artist Lina Kalkian, who also designed the Mega Chessboard on the widest part of the pier on Paris Street. 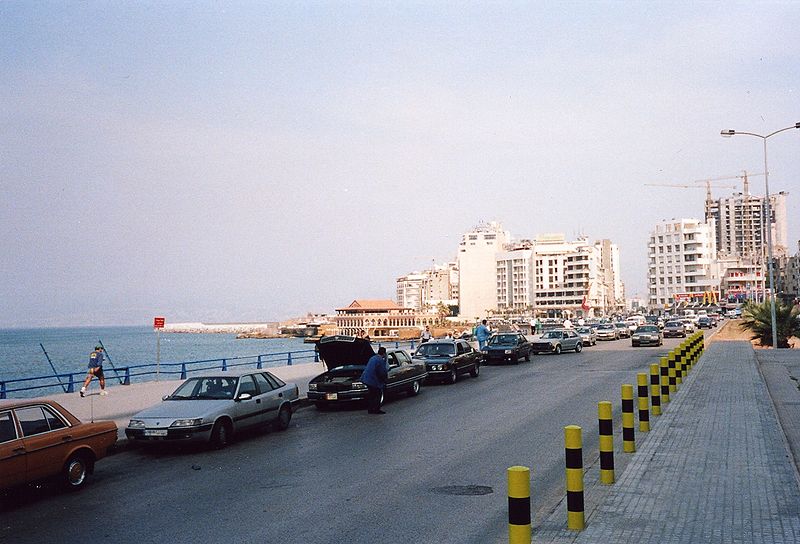 In the summer of 2007, the distinctive blue fence, due to severe rust, was replaced with an elegant-looking aluminum iron, which was modified to make it more difficult for thrill seekers to dive off the fence.

Learn the distances between cities Kerala