Your tourist guide for Kazan, Russia

Football lovers on a date with the World Cup 2020 … the twenty-first World Cup soccer tournament which will be held in Russia during the period between June 14 and July 15 of 2020 on 12 stadiums and in 11 Russian cities are Moscow, St. Petersburg, Kazan, Nizhny Novgorod, Saransk, Kaliningrad, Volgograd, Yekaterinburg, Samara, Sochi and Rostov on the Don River, which is why we will review together the most prominent tourist destinations and the best hotels and restaurants in the aforementioned cities, so that football fans can enjoy a wonderful tourism trip inside the Russian cities in addition to watching the World Cup matches 2020 in football fields For feet in Russian cities.

The most famous sights in Kazan:

Temple of All Religions:

The Temple of All Religions was built specifically to serve as a center for the religious unity of various religions from all parts of the world. It was established in 1992 by Ildar Khanov and is active in the field of charitable and humanitarian work. The Temple of All Religions is not a place for establishing religious prayers in the literal sense but rather it is closer For a social center, the design of the temple’s exterior is inspired by the architectural heritage of at least 16 different religions. It includes the dome of a Greek Orthodox church, a minaret of a mosque, a number of towers and bells, and part of the design of the center is also inspired by Jewish temples.

If you want to know more about what life was like under the Iron Curtain of the Soviet era, you should visit the Museum of Soviet Life in Kazan and there you will learn a lot about the cultural and artistic heritage of the Soviet Union, as well as all the different aspects of life in the Soviet era, including the propaganda methods that were It uses, and the small museum that was in the past and before turning into a museum, includes a shared apartment in which no fewer than 20 people live, a collection of exhibits that focus on the distinct aspects of Soviet life and that belong to time periods ranging from the thirties and nineties of the last century, as well as There are also exhibits on education during Soviet rule, especially secondary education. The exhibition also displays a collection of artworks during the Soviet era, and a selection of promotional books, with a collection of about 60 guitars signed by artists from the Soviet era.

This mosque is a real architectural masterpiece and one of the most prominent features of the city of Kazan, the Mosque of Qura Sharif is a replica of a historic mosque built in the city of Kazan in the sixteenth century, and it is believed that it was the largest mosque in Tatarstan, Russia and Europe, and this mosque was destroyed after the Russian forces invaded Led by Ivan the Terrible in Kazan in 1552, and in 1996, a project to rebuild the mosque began and the construction of the mosque was completed after partial funding from the Kingdom of Saudi Arabia and the United Arab Emirates in 2005 and it was called the Qal Sharif Mosque in relation to the Sheikh The saying of Sharif (Qolşärif) who died and his students while resisting Russian forces that invaded Kazan.

The “Suyumbike” tower is another famous tourist attraction in Kazan and is often described as a wonderful piece of historical Russian architecture that has woven around several legends, the most famous of which is a tragic legend whose heroine is a princess from Tatarstan bearing the name Suyumbike, the princess who believes that the tower was named After her, according to legend, Tsar Ivan the Terrible wanted to marry the daughter of the Khan’s niece after he removed him from power after invading Kazan, and the beautiful princess Suyumbek rejected his offer to marry at first, after which she said that she would agree to marry him on condition that he build a tower for her to be So tall that not Either of them can see its top from the surface of the earth, and indeed Evan the Terrible built the tower and after the completion of its construction the princess expressed her desire to inspect the tower and went up to the tower until she reached the top to jump from the top of the tower to her death.

Bowman Street is one of the most famous streets of the city of Kazan and one of the favorite destinations for tourists especially shopping enthusiasts, Bowman Street is a pedestrian area that runs between the Kremlin, Tokai Square and the Tatarstan Hotel and contains many shops, souvenirs, kiosks and cafes.

The best hotels in Kazan:

It is located in the center of Kazan, a few minutes from the Ploshchad Tokaya metro station, and about half an hour from the famous historical Kremlin of the Kazan. The hotel offers elegant, air-conditioned hotel units and free Wi-Fi.

Close to the Kazan area of ​​restaurants and cafes, the hotel offers comfortable hotel units, free Wi-Fi and free parking.

This hotel is a 40-minute drive from Kazan Airport. The hotel offers comfortable, air-conditioned hotel rooms and suites. The hotel provides free Wi-Fi and parking for an additional fee. The hotel has several restaurants serving snacks, pastries, pizza, and international cuisine.

A few minutes away from the river shore, the hotel offers comfortable, air-conditioned hotel units. The hotel offers free Wi-Fi and private parking, and has a wonderful European cuisine restaurant.

A hotel dating back to the eighteenth century, it contains elegant hotel units with attached and equipped kitchenettes, and a private bathroom. The hotel also provides free Wi-Fi. The hotel has a wonderful restaurant that is famous for serving delicious local foods along with European and Italian food and snacks.

The best restaurants in Kazan:

Dom Tatarskoi Kulinarii Restaurant: It is a fine restaurant that offers Russian and European foods, especially foods from Eastern European and Central European countries. It is also famous for its soup dishes. The restaurant offers an impressive array of vegetarian and halal foods.

“Kremlin” RestaurantIf you are always keen on eating healthy foods, perhaps you should try eating in that restaurant, which is not only famous for serving an impressive array of healthy foods, but also for European food, and grills.

“Big Butcher Grill” Restaurant: American food lovers can enjoy the best and most delicious American food in this amazing restaurant, which is also famous for serving barbecues.

“Chateau” Restaurant: It is one of the finest restaurants in the city of Kazan and is famous for its presentation of French and European food. 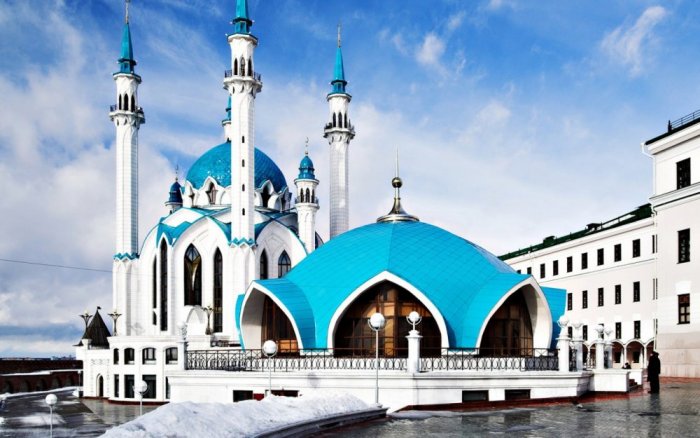 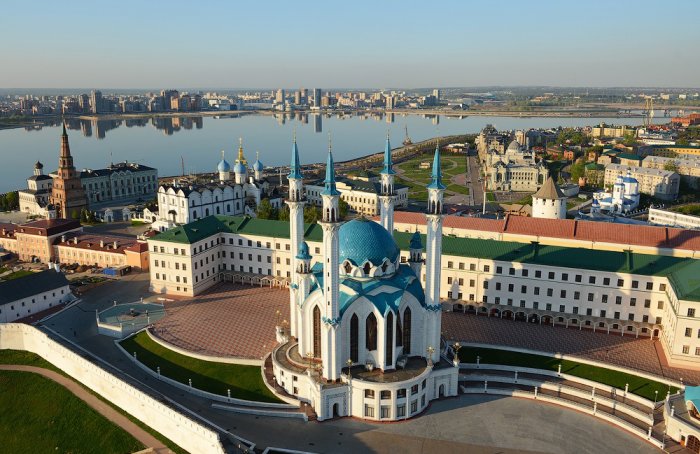 Qul Sharif Mosque This mosque is a real masterpiece of Kazan 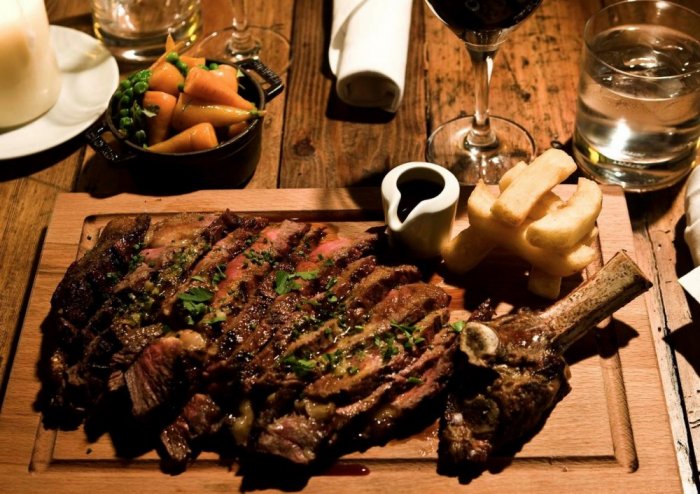 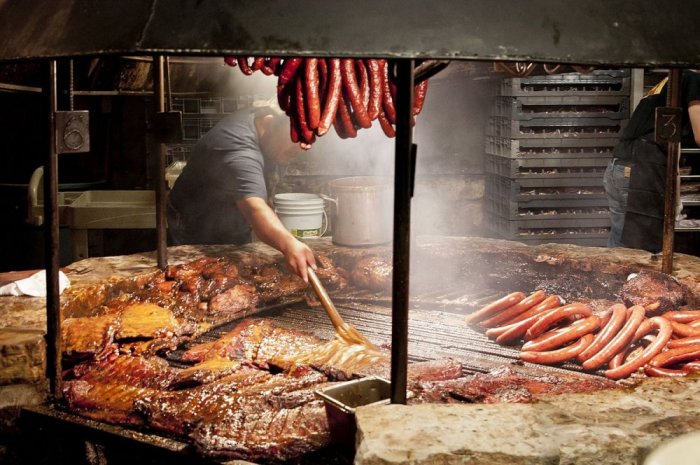 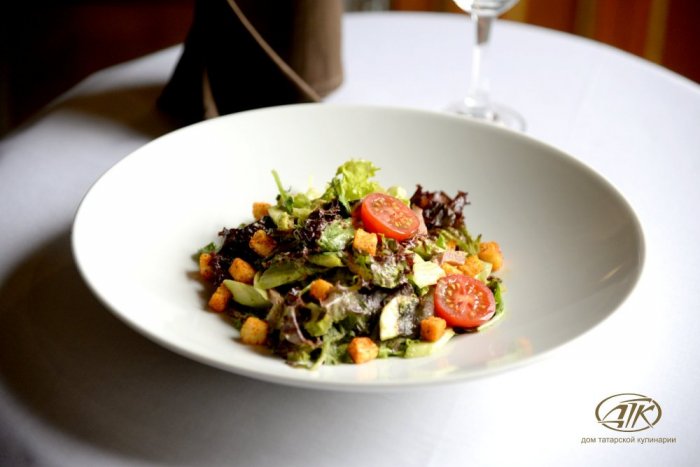 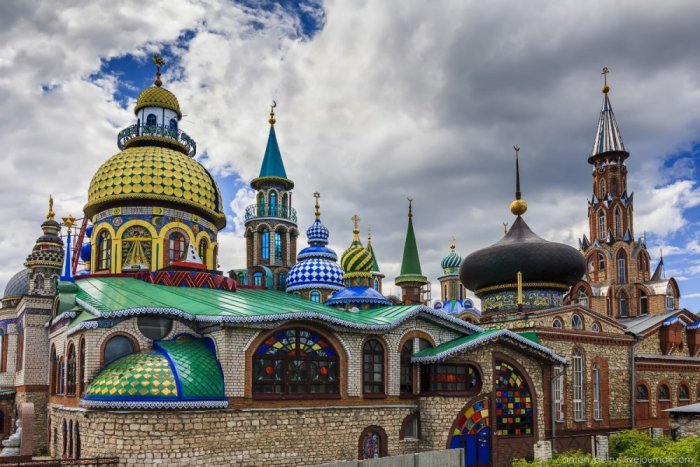 The Temple of All Religions 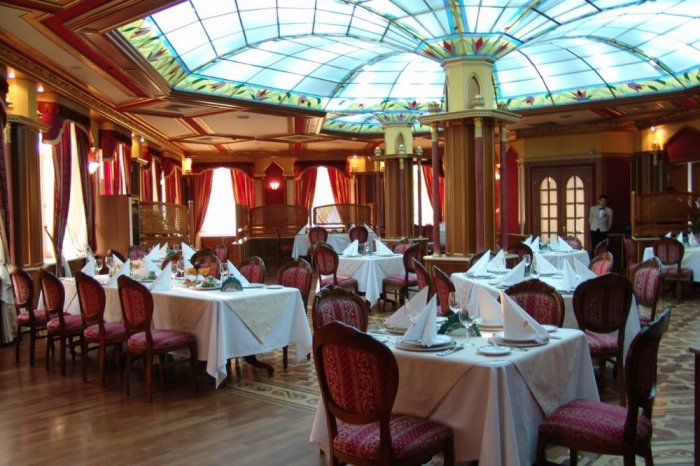 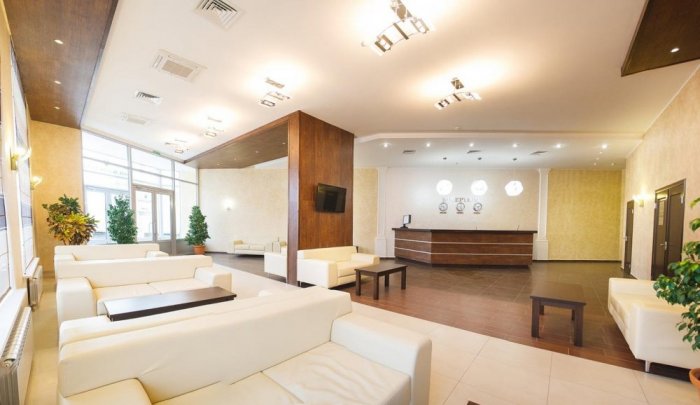 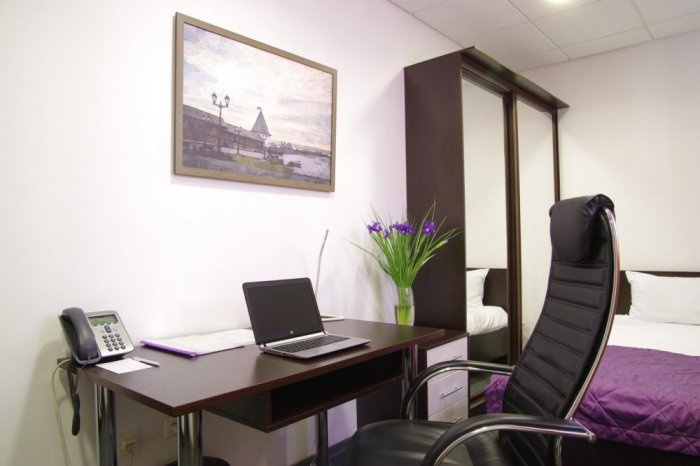 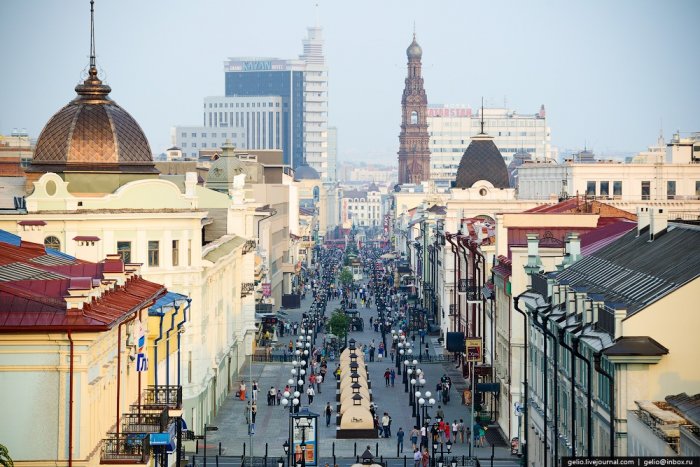 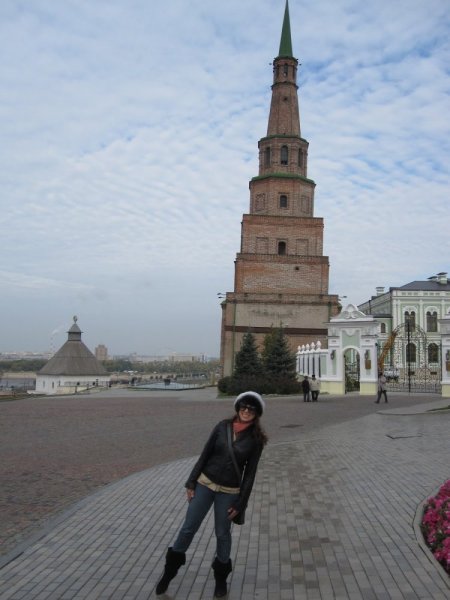 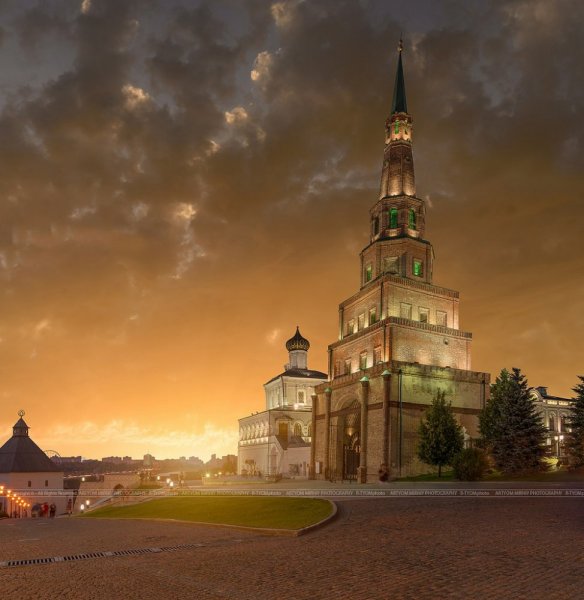 Suyumbike Tower is another popular tourist attraction in Kazan 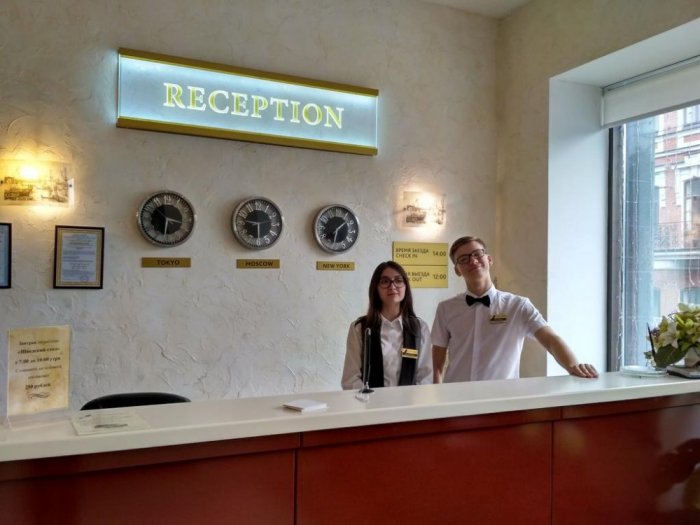 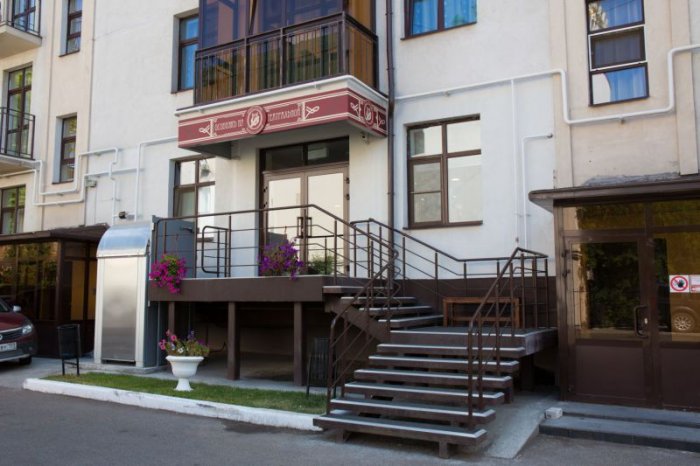 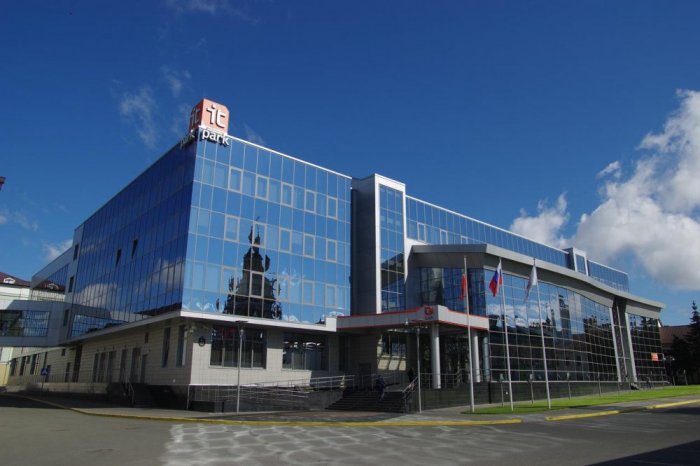 Business Hotel IT Park is a 18th-century hotel 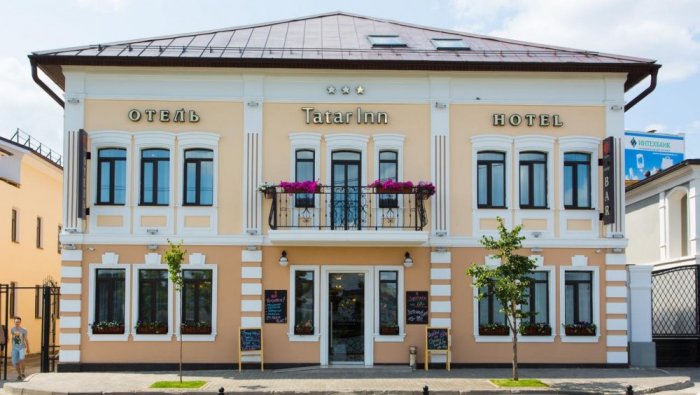 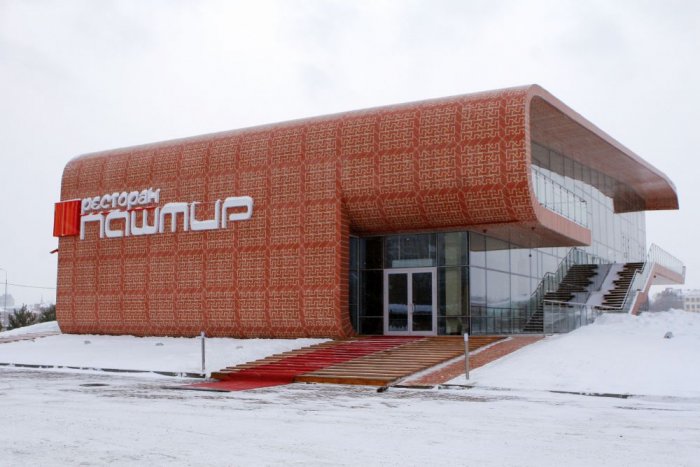