Your tourist guide for Moscow

Football lovers on a date with the World Cup 2020 … the twenty-first World Cup soccer tournament which will be held in Russia during the period between June 14 and July 15 of 2020 on 12 stadiums and in 11 Russian cities are Moscow, St. Petersburg, Kazan, Nizhny Novgorod, Saransk, Kaliningrad, Volgograd, Yekaterinburg, Samara, Sochi and Rostov on the Don River, which is why we will review together the most prominent tourist destinations and the best hotels and restaurants in the aforementioned cities, so that football fans can enjoy a wonderful tourism trip inside the Russian cities in addition to watching the World Cup matches 2020 in football fields For feet in Russian cities.

Today we will talk together about the most important sights and most famous hotels and restaurants in the Russian capital, Moscow:

The most famous sights in the city of Moscow:

The Kremlin is one of the most famous tourist and historical monuments in Moscow and is a symbol of the Russian state, as well as being the official residence of the President of Russia, and in 1990, the Kremlin and the Red Square in Moscow were included in the UNESCO World Heritage List, there are many tours organized for visitors and tourists in the complex The Kremlin Includes a tour of the Armory Room, the Kremlin Museum and the Cathedral of the Virgin. The Kremlin is open for visitors from Friday to Wednesday from 10 am to 6 pm.

It is the most famous theater in Moscow, and the theater offers 3-4 different opera performances, and 2-3 different ballet performances every year. The theater shows focus on Mozart, Verdi, Wagner and Tchaikovsky.

St. Basil’s Cathedral or Pokrovsky Cathedral is another popular tourist destination in Moscow and is located on the opposite side of the Voskresensky Gate in the Red Square, and was built under the rule of Tsar Ivan IV between 1554-1560, and legends say that Tsar Ivan IV, nicknamed as Evan the Terrible has been so fascinated by the beauty of the cathedral after its construction that he even ordered that the architects who built it be so that they do not build an architectural masterpiece similar to it.

The Museum of History in the Museum on the Red Square in Moscow contains a wide range of historical exhibits representing all stages of Russian history, and the museum hosts multiple exhibitions that display the history of Russia from ancient times to the twenty-first century. This museum is one of the most popular museums in Moscow, and it is an ideal destination for those who want to know more about the history of Russia.

It contains elegant and air-conditioned hotel units and is located in a great location where it is just a few minutes from Prospekt Mira metro station in Moscow and near the area of ​​the famous cafes and near the botanical garden (Aptekarsky Ogorod), and it offers free Wi-Fi, laundry and ironing services, and a kitchenette .

One of the best luxury hotels in the Russian capital, Moscow, located a few minutes from the Kremlin, and contains an elegant room and suites with elegant Italian furniture and comfortable mattresses, anti-allergic pillows and elegant marble bathrooms, the hotel also has an indoor pool, sauna and beauty salon.

It is near the subway station and near the “All-Russia” exhibition center. The hotel contains elegant hotel units, a swimming pool, a spa and a fitness center. It also contains 11 restaurants and cafes. The hotel provides Wi-Fi.

This hotel is an ideal place for fans of luxury and hobby hobby parks and public parks, near the famous Izmailovsky Park and near the metro station. The hotel contains elegant hotel rooms and suites. The hotel provides facilities for businessmen and business meetings in the hotel’s business center. Also free Wi-Fi, and free accommodation for children under 7 years old.

It is a fine restaurant famous for serving Russian and European foods, especially the famous foods in Eastern European and Central European countries. The restaurant also offers delicious vegetarian food and gluten-free food.

It is an ideal place for meat lovers and grilled foods, and the restaurant is well known for serving American and European foods and cuisine alongside barbecues.

It is one of the most famous and best cafes in Moscow and is famous for providing Russian and European foods, especially foods from Eastern European and Central European countries. The menu in the restaurant contains multiple options for vegetarians and delicious gluten-free foods.

Asian food lovers can enjoy eating the most delicious Chinese, Japanese, and Asian foods in this wonderful restaurant, in addition to this the restaurant offers a wonderful array of Russian local foods, European foods especially the famous foods in Central European countries, the restaurant is also famous for its serving of grill dishes, vegetarian foods and foods Gluten free. 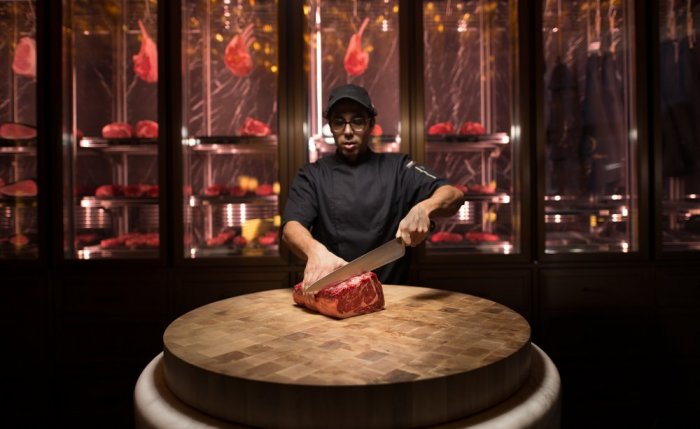 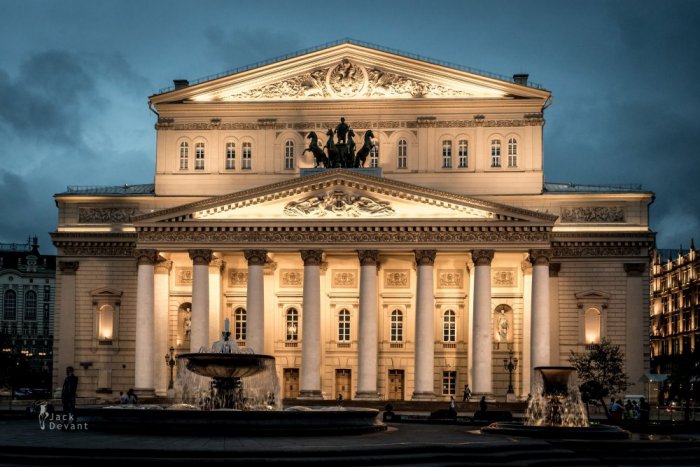 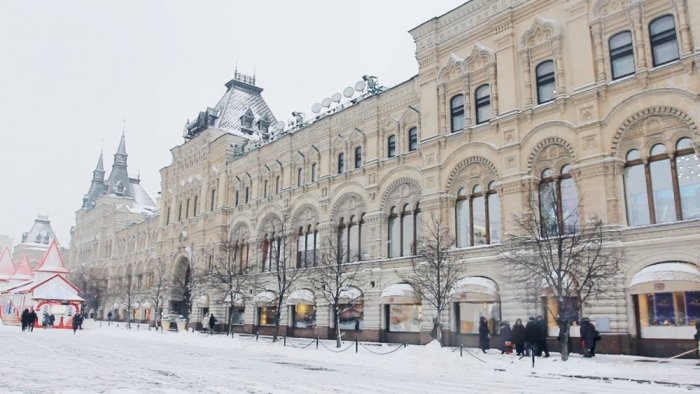 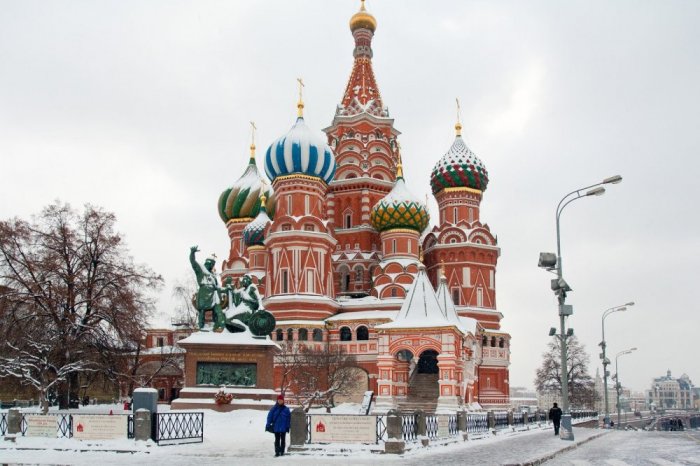 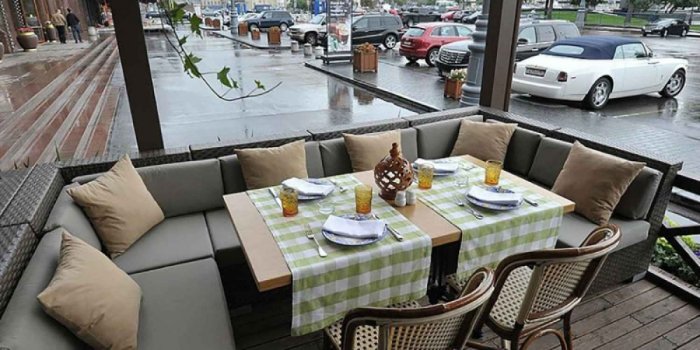 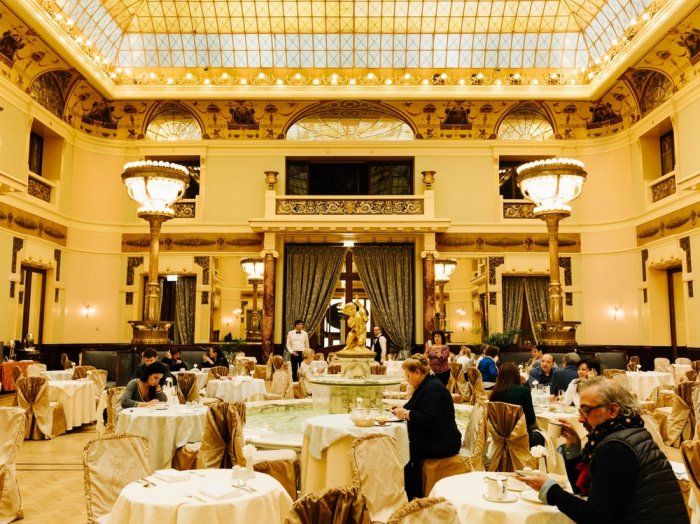 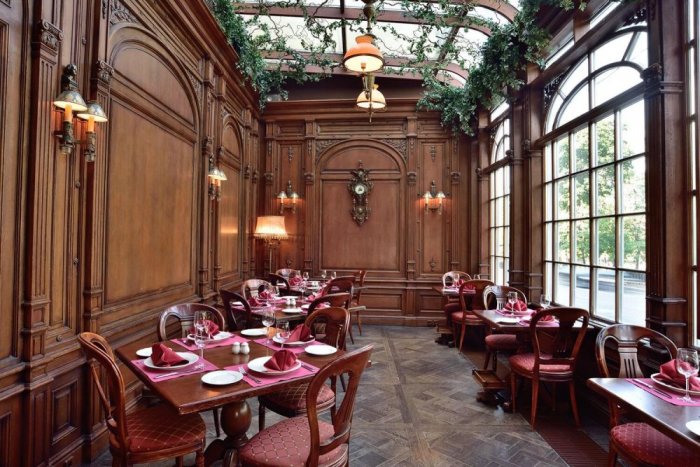 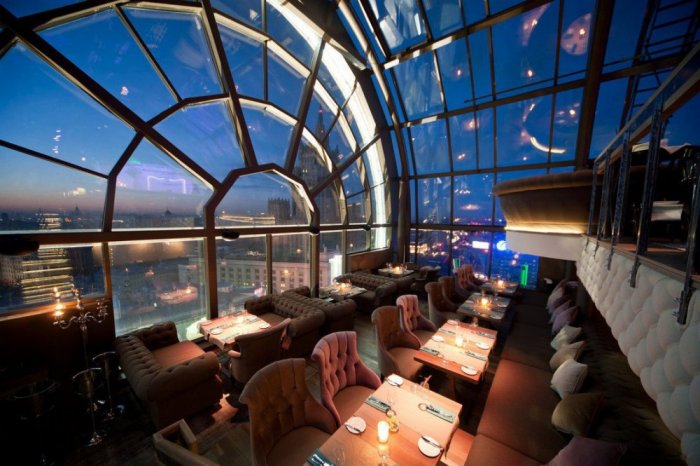 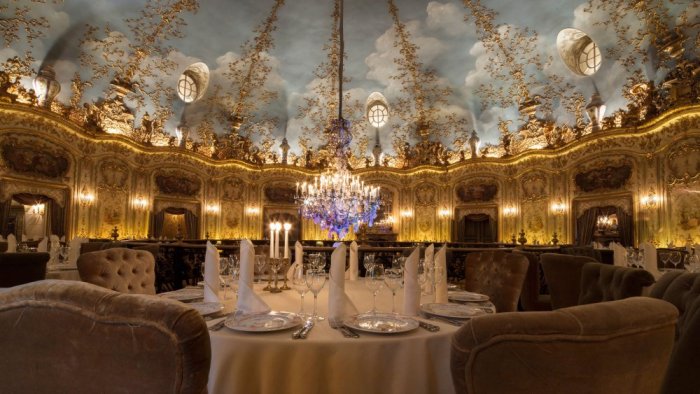 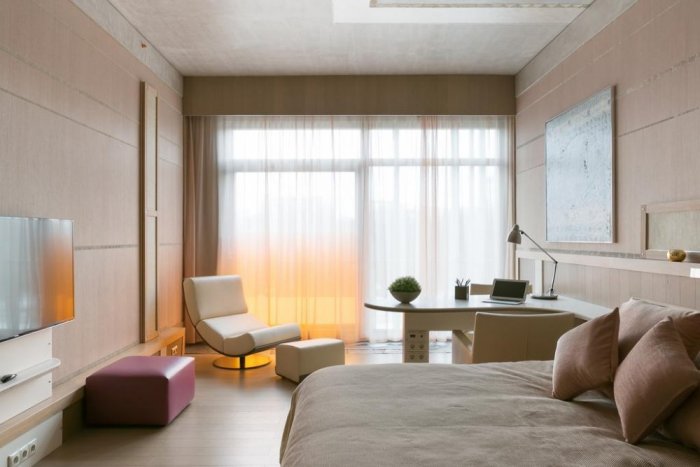 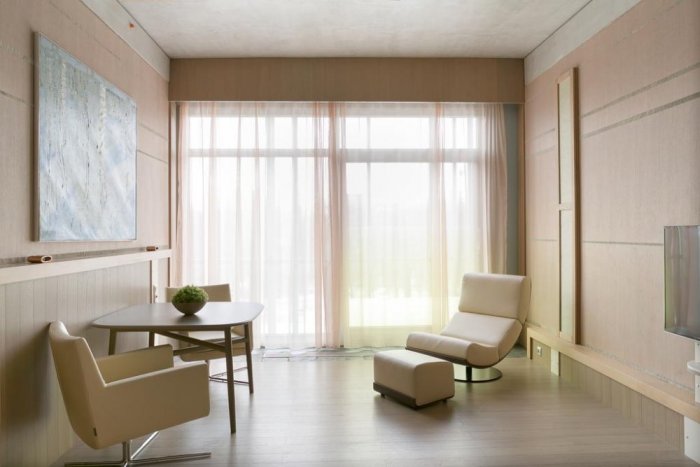 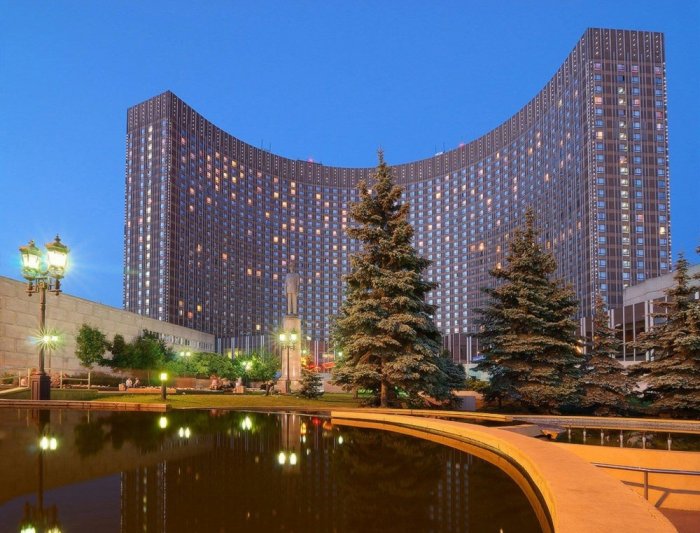 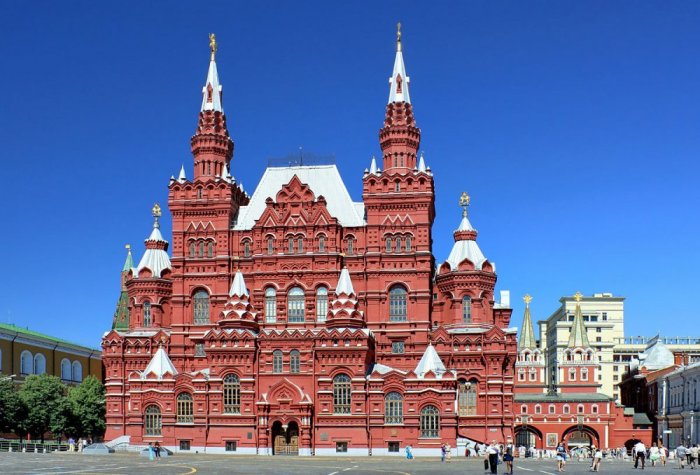 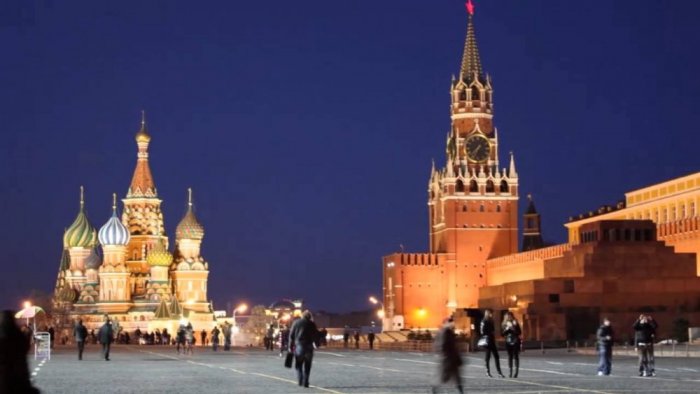 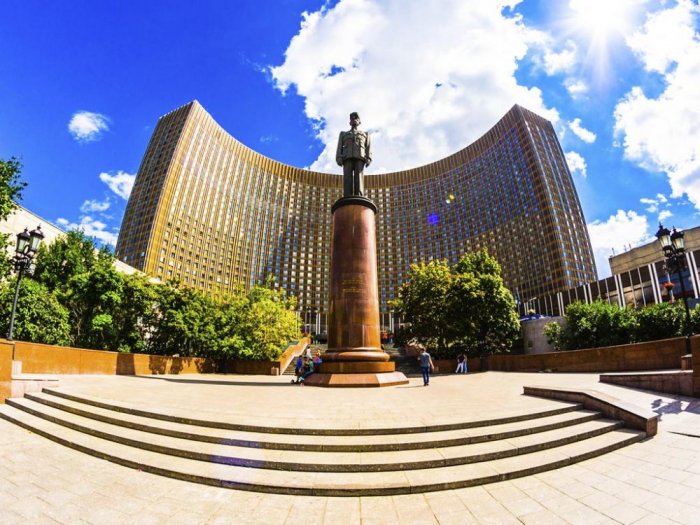 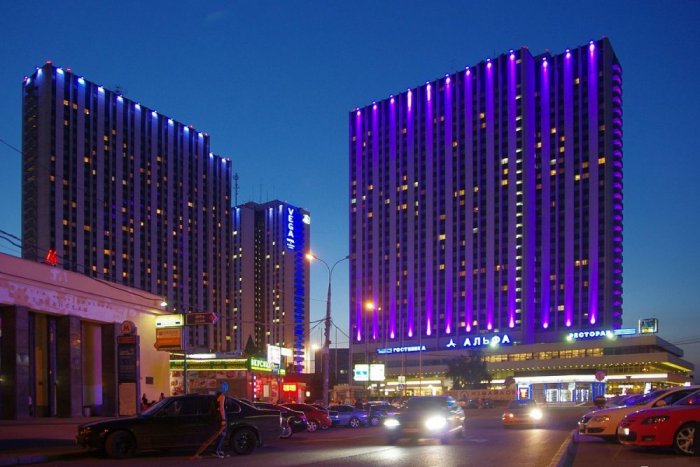 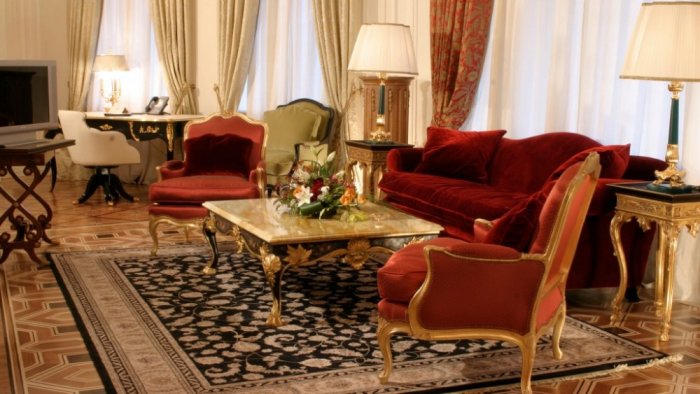 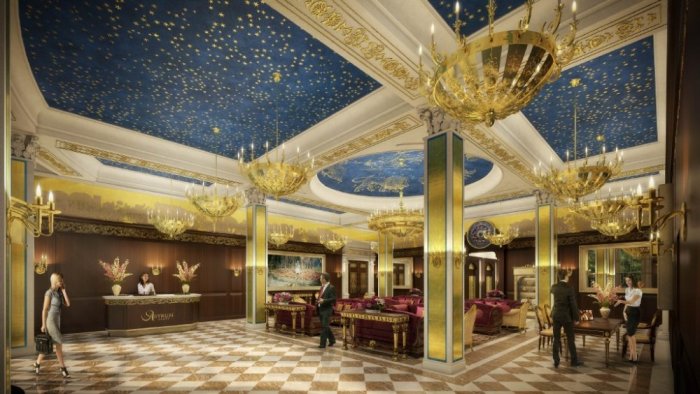 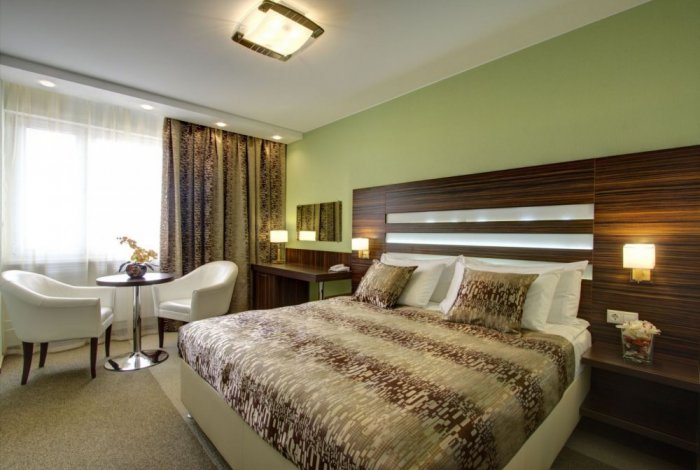 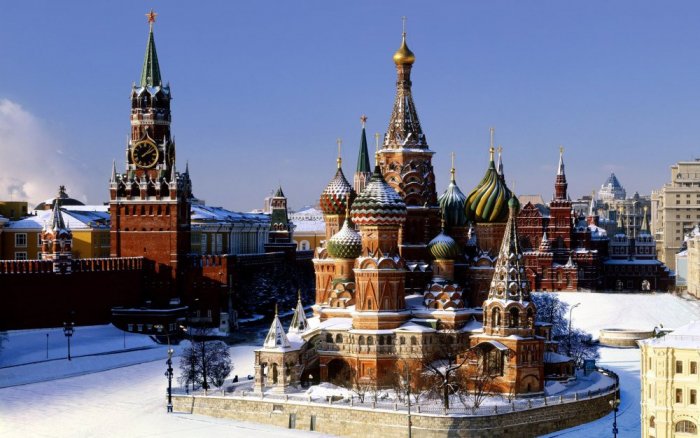 The best Chinese hotels in Shanghai