10 amazing stations to discover the splendor of Jordan

Jordan maintains a prominent position among the most important tourist destinations in the Middle East. It is considered for those who want to discover this important part of the world with a beating heart and an ideal destination for visiting ancient cities, wonderful natural formations, and a combination of deserts and beaches. Therefore, we have chosen for you 10 impressive stations that summarize Jordan’s splendor and its natural, cultural and civilizational beauty, so that your journey to it is full of activities, fun and benefit.

Madaba .. A tour of history

Madaba is located to the south of the Jordanian capital, Amman, and is a small city known for its historical ancient art and prominent religious sites. Among the most prominent features of the map of Madaba is a painting of your mosaics that dates back to the sixth century and carries a map of the city of Jerusalem and many other important historical sites and was found inside the historic Church of St. George. If you are more interested in history, you should also visit the Madaba Archaeological Park as well as the Madaba Museum. To see all these monuments and more, climb onto Mount Madaba to see amazing scenery.

For nature lovers and walking through the beautiful scenery, the Dana Reserve is one of the best points in Jordan. Your base for that would be the 15th century town of Dana. The main motivation for visiting the reserve is to go hiking, climbing some small mountains and gentle valleys. The scenery is beautiful and quiet, and allows great photos to be taken and unforgettable memories.

Besides the Dead Sea, Jordan’s second seafront is Aqaba, which is the city – the only port in the country. Aqaba is also called the Red Sea window and has long been considered one of Jordan’s favorite destinations. It is a mixture of the old and the old, in which you can tour the 14th century through Aqaba Castle, as well as stay in a 5-star hotel among the resorts classified among the best in the world. Aqaba is also a popular place for snorkeling and snorkeling. Training can be obtained from specialists in Red Sea waters.

Karak .. for fans of palaces

If you are a fan of discovering the palaces, Karak in southern Jordan should be among the stops of your visit. Al-Karak Castle, or “Karak Palace”, is the most famous. It remained like a rubble of nearly 500 years, then it was restored years ago, where you can now wander around. In the lower part of the palace is the Karak Museum, which contains an important collection of collections that talk about the history of the region that witnessed important events.

The city of Amman is the capital of Jordan and its largest city. It is also its cultural and commercial center. On your trip to Jordan, there is no doubt that you will spend time in the capital. Another important landmark in Amman is Jabal Al-Qalaa, as it contains Roman ruins and Corinthian columns and a temple of Hercules, as well as contains Islamic monuments dating back to the Umayyad period, where the Umayyad palace is there. In addition, there is the Jordanian Archeology Museum at the top of the mountain that mimics the history of Jordan in general and Amman in particular. Within the area of ​​Ars Al Ain in Amman there are many cultural facilities, including the Jordan Museum, the Hussein Cultural Center theater, the National Institute of Music, in addition to the popular crafts market. You can also visit the Popular Fashion Museum, the Martyrs’ Memorial, the Jordanian Archaeological Museum, the Children’s Museum, the Royal Automobile Museum, the cultural village in the Hussein Gardens and others.

In the desert east of Amman, you can discover a group of distinctive palaces built by the Umayyads in this difficult climatic spot as it was used to defend against the invaders, including what was the seat of the caliphs. The most important of these palaces are the Al Hallabat Palace, the Hammam Al Sarh Palace, and the Umrah Palace with its magnificent murals.

The Dead Sea … a picturesque location

The Dead Sea is world famous for being the most low point on the earth, as it is 430 meters below sea level and its salinity is the highest in the world. The Dead Sea region includes a number of religious and historical sites as well, and hundreds of thousands of tourists visit it annually to visit these sites, especially the Jordan River. The area is also a great point for relaxation and treatments as the water is full of minerals that aid in treatments. You can also stay in one of the many luxurious resorts there.

Jerash – the home of the Roman – Greek monuments

When people think of Roman ruins, they may imagine European destinations, but the Jordanian city of Jerash is one of the most important cities that contain Greek-Roman ruins in the world! A tour in Jerash allows you to see important sites such as the 2nd-century Hadrian Arch and the Roman Hippodrome. You should also visit the Jerash Archaeological Museum, which includes a rare historical collection. Also, annual summer festivals are held in the city, hosting the most important stars from the Arab world and the world.

A desert valley world famous for its charming natural beauty. The valley includes impressive stone mountains and natural marble formations. Umm Frouth Bridge in Wadi Rum attracts attention as well as the orange colors that fascinate the eyes fascinate the eyes as it attracted the most important global filmmakers there, especially the recent Martian to mimic the planet Mars.

Petra .. the wonders of the world

There is no doubt that the ancient city of Petra is the best place to visit in Jordan, as it was recently chosen as one of the seven new wonders of the world. The city is also known as the Red City or the city of Rosary, and it was previously the capital of the Nabatean kingdom before it became part of the Roman Empire. Nearly 3,000 archaeological monuments have been discovered in Petra, of which about 800 landmarks are known, the most important of which is the “Siq” which is the main road leading to the city of Petra and the Treasury, where the Khazna carved building in the rock is considered the most famous and most important landmark of Petra and the “monastery” which is one of the buildings The mission is in the Petra area, and it is believed that it contained statues of animated crowns in addition to the Petra Theater, the Girl Palace, the Great Temple, the Court, and others …

Summary: We have chosen for you 10 impressive stations that summarize Jordan’s splendor and its natural, cultural and civilizational beauty so that your journey to it is full of activities, fun and benefit. 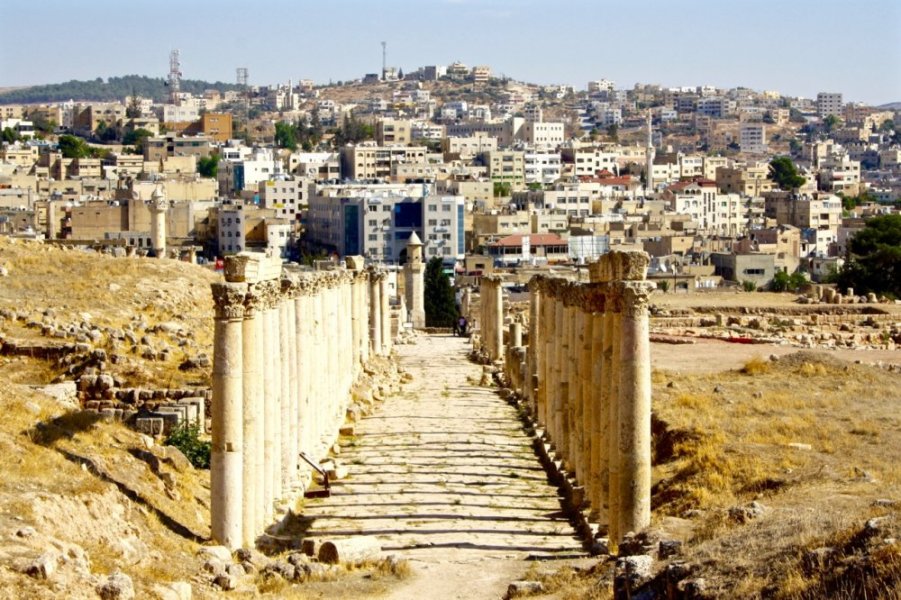 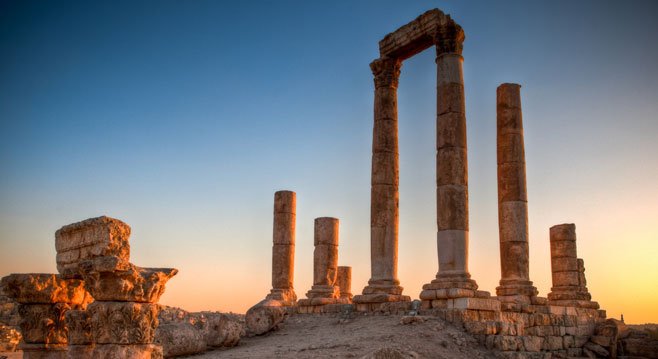 From the effects of Oman 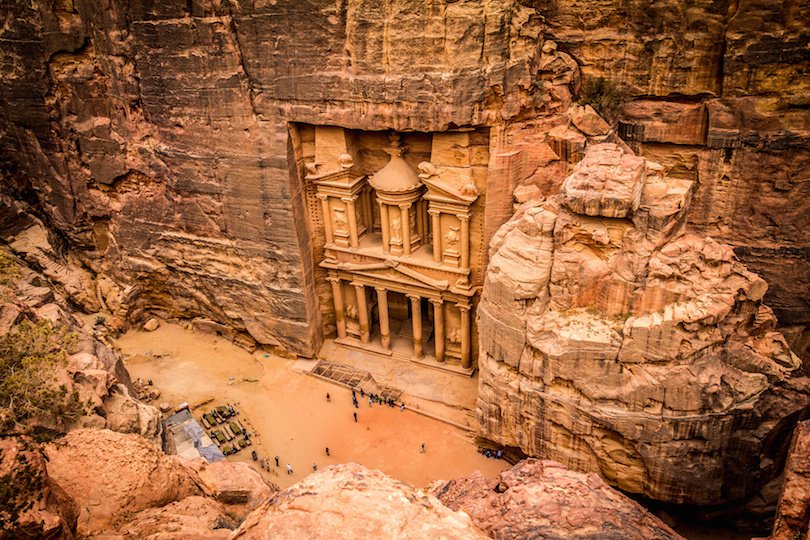 A scene from the Red City, Petra 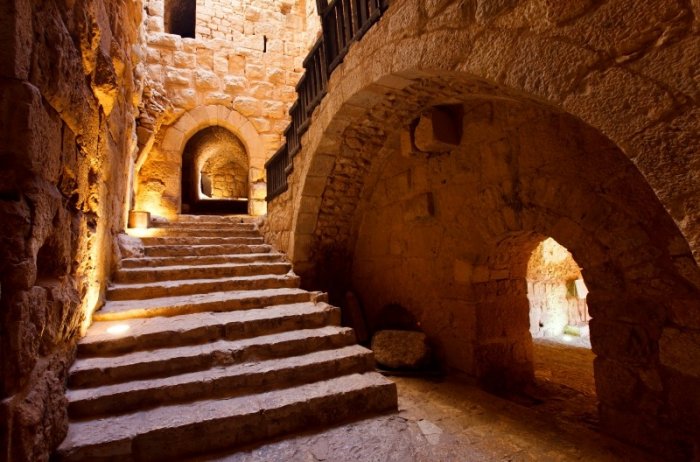 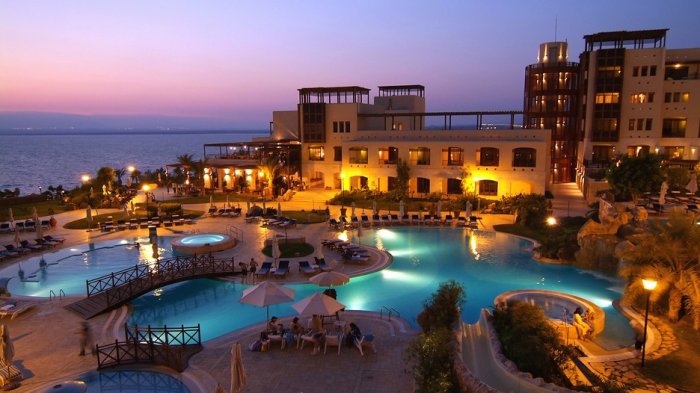 One of the Dead Sea resorts 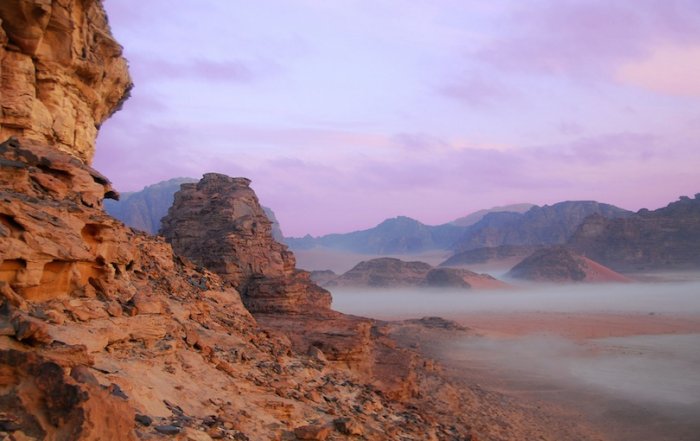 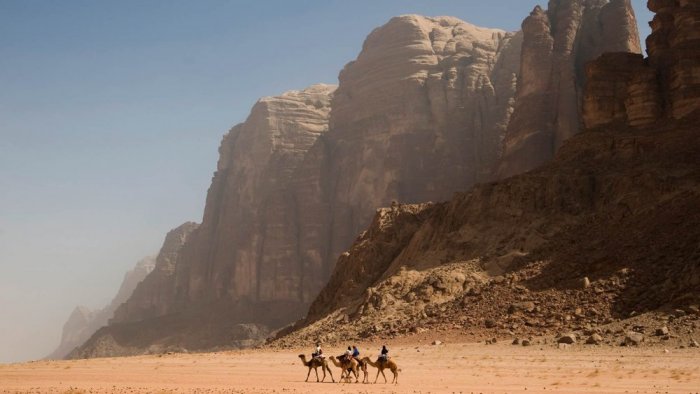 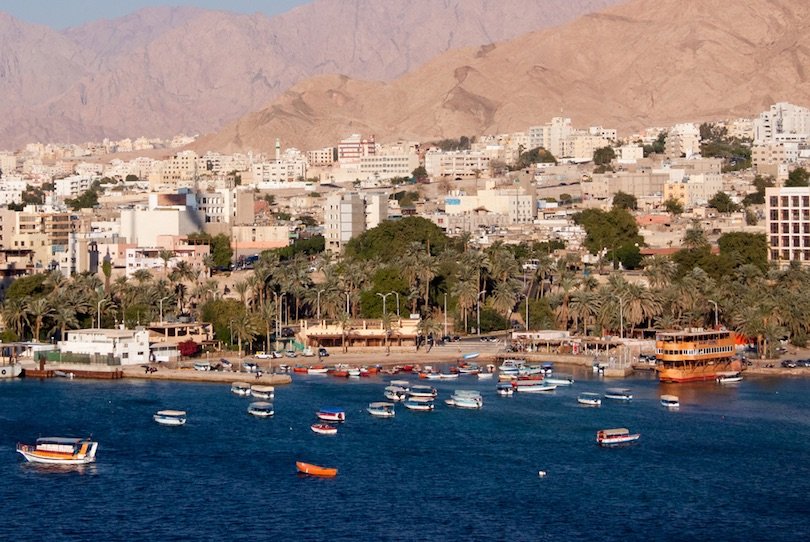 A scene from Aqaba 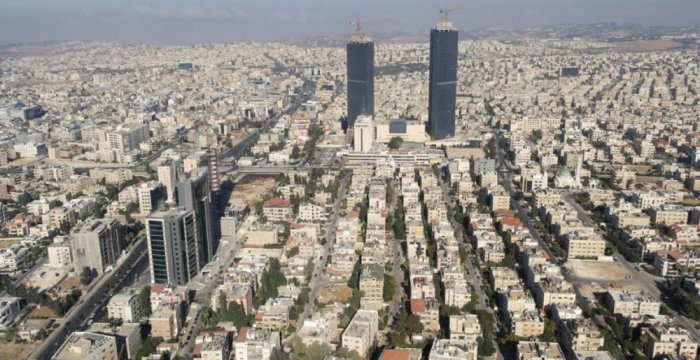 A distant scene for Amman 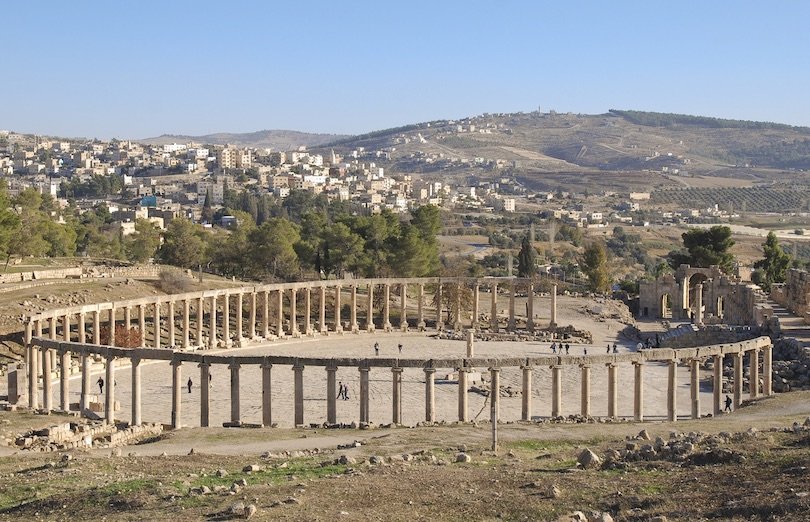 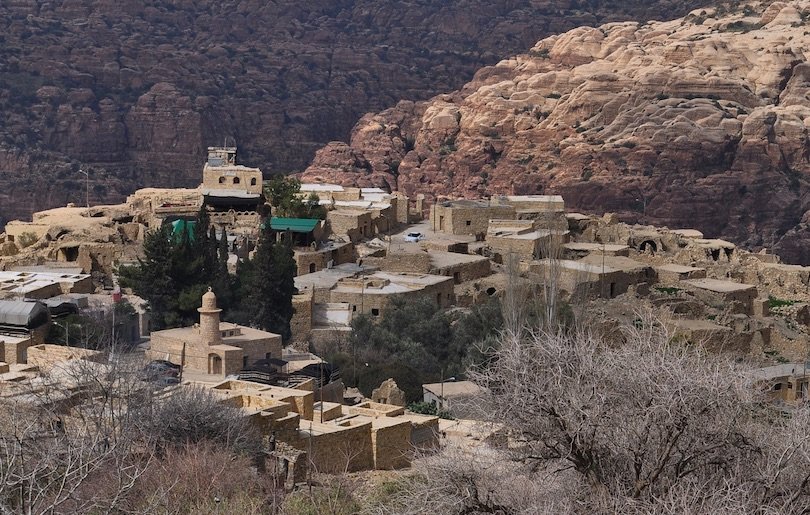 Dana town where the nature reserve 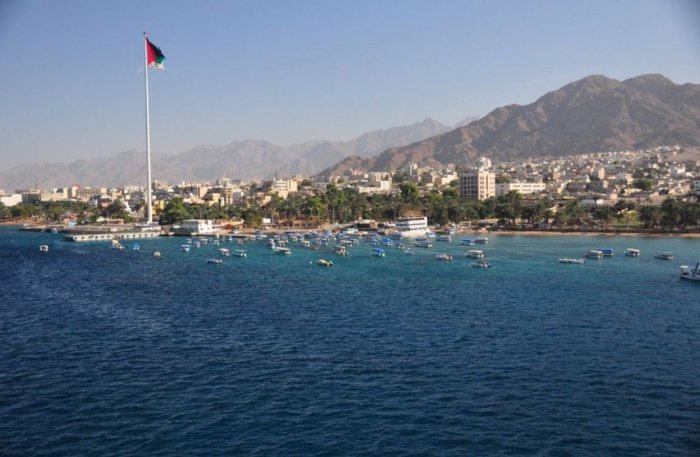 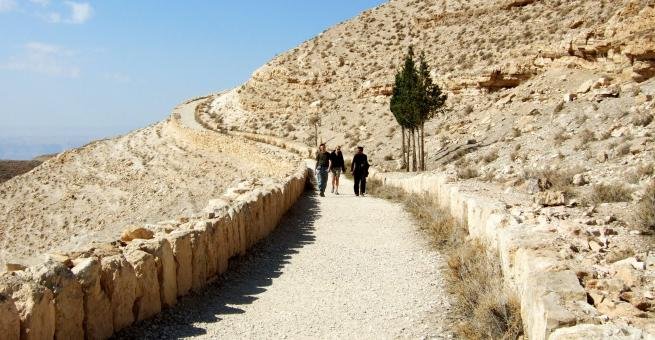 A trip in Madaba 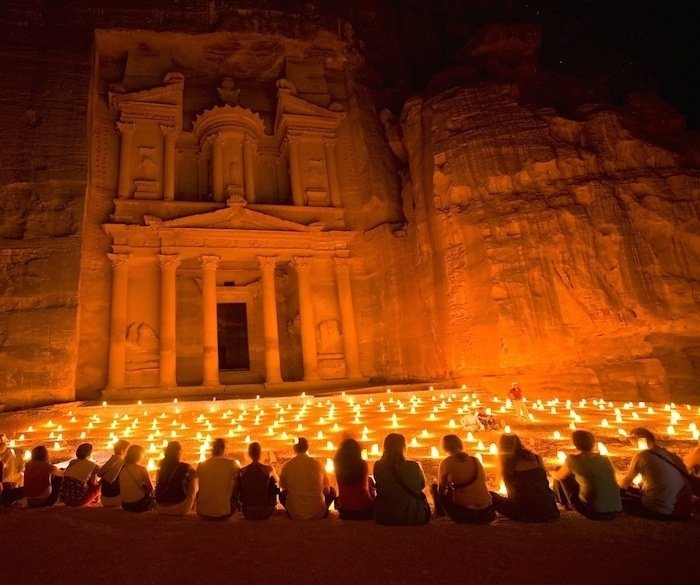 A wonderful visit to Petra 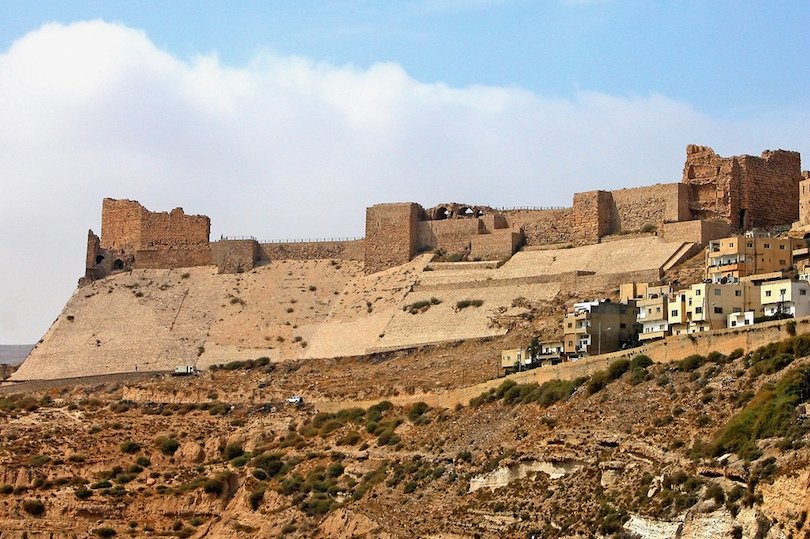 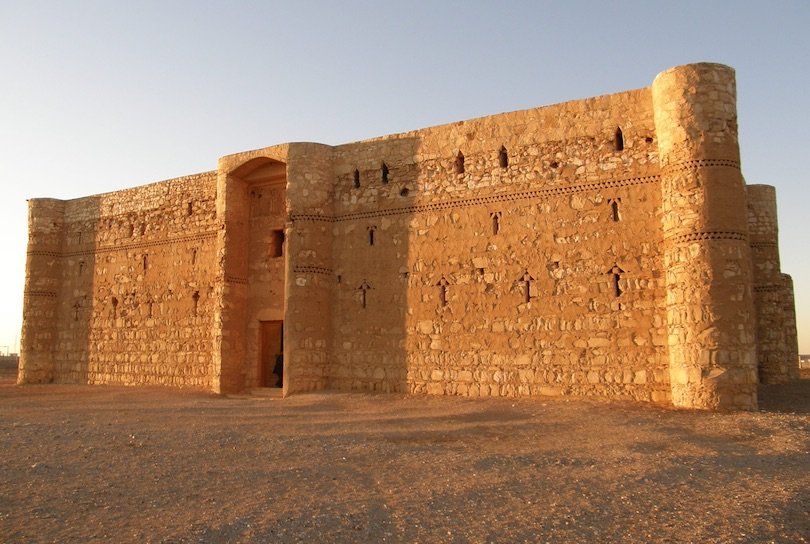 Al-Hallabat Palace in the desert 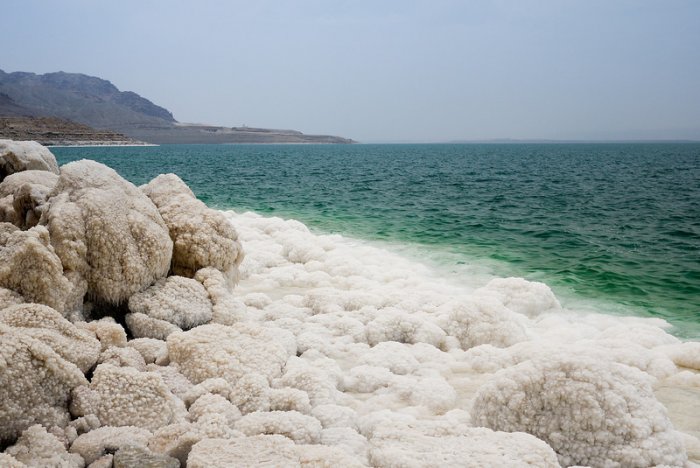