Cheap markets in Medina .. To buy the cheapest gifts and supplies without restrictions from the budget

Medina is considered the second holiest place in the Kingdom after Makkah Al-Mukarramah, and therefore we offer cheap markets in Medina in this article; where thousands and perhaps millions of Muslims flock annually to Medina to visit the Holy Prophet’s Mosque after passing through Makkah to spend the rituals of Umrah. And the most common activities in Medina after worship are shopping for gifts and souvenirs for travel and Umrah, so the more visitors are more economical in buying the better, and in this list you will find the cheapest markets in order to be able to buy whatever you like without restricting you. budget.

The most important cheap markets in Medina

Sultana commercial street is considered one of the most famous streets of the city, as it contains many cheap markets in Medina, and you will find a large number of shops and cheap markets that sell everything. They will not find any
Difficulty going from one store to another on foot. Among the cheap stores you will find are electronics stores where you can get excellent deals and buy better
Electronics at great prices, including the Jarir Bookstore, which always offers offers and discounts on electronics throughout the year; in addition
To clothing stores, and children’s supplies stores such as clothes, toys and gift shops. As for restaurants, you will find a large number of them on Sultana Commercial Street until you have a delicious meal during or after a long day.
Of shopping. 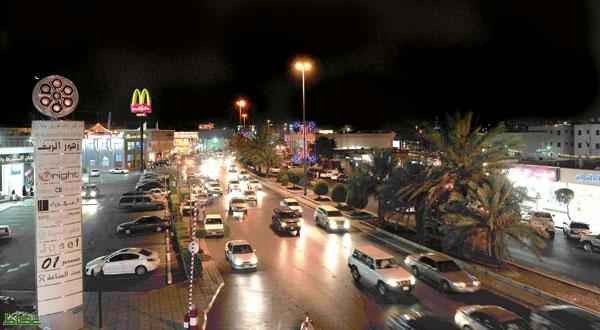 Sultana Street, the street also contains malls and sells goods at cheap prices, and these are the most famous of all ..

Barakat Mall contains a group of shops that sell goods at low prices, as well as shops that sell everything for five or 10 riyals; in addition to oud shops, perfumes, glasses stores and many others.

Al-Dakhil Plaza is located on Al-Sultana Commercial Street, specifically on Abu Bakr Al-Siddiq Street, which is one of the cheapest malls in Madinah.
The center includes up to thirty-eight shops, and sells everything that women may search for or need cosmetics
And shoes, bags, accessories, perfumes and clothes in addition to children and youth clothes and special size stores
Gifts, evening wear, and more, at very cheap rates compared to other markets. 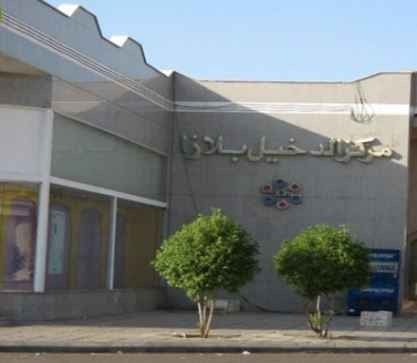 The international city market is considered one of the best cheap markets in Madinah. The market is located on Sultana Commercial Street, Street
Abu Bakr Al-Siddiq specifically, which is also known as Al-Raya Street; the market contains up to a hundred and thirty-six shops.
Various and cheap and located near the Noble Sanctuary of the Prophet. The market was established in about 1990, which makes it one of the old and prominent markets in the city and occupies an estimated area of ​​twenty five thousand square meters, including a large area devoted to parking the private market, and varies Stores
The commercial contains between women, men and children clothing stores of all kinds, fabrics, watches and accessories
And jewelry and electronics, which are sold at very special prices, cosmetics, antiques, furniture and many others
What you are looking for is on the city’s international market. The city market also includes a very large supermarket in which premium quality food is sold. 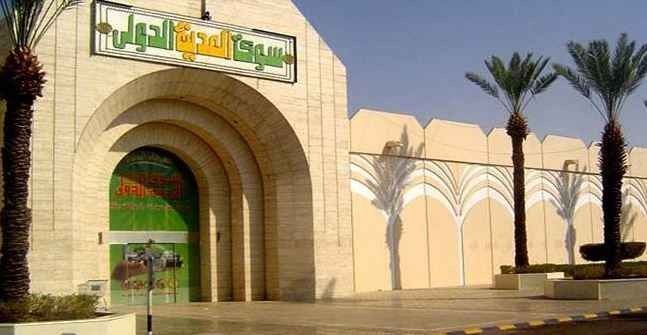 Quba market is one of the most famous and best cheap markets in Medina and the most popular, and the market is located near the campus
The Noble Prophet, to the south, is an extension of two streets located opposite to each other; one of them extends up to the Quba Mosque and the other
It extends down to the Prophet’s Mosque, making it one of the busiest streets in the city. The street contains many cheap shops where it is considered the cheapest market in that region and you will find
It has all the shops, such as abayas, clothes, jewelry, gold, perfumes, accessories and shoes
And household items, incense, fabrics, and many other necessities and luxuries. There are also a large number of well-known commercial centers, including the Al-Qemmah complex, Al-Masarra Mall, and Quba’a Complex, Thebes, and many
Malls we mention to you in another article. 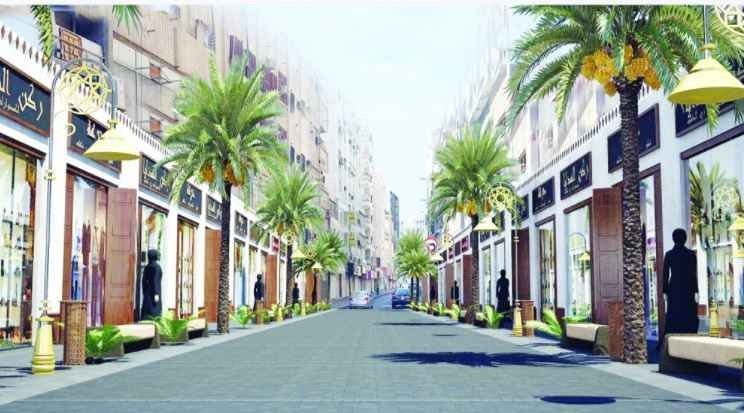 The Bilal Commercial Market is considered one of the newly established markets in Al-Madinah Al-Munawwarah, but it has gained a great reputation
In a short period, the market is located on the southern side of the Holy Prophet’s Mosque, which is only six hundred meters from the Prophet’s Mosque. The building consists of three floors and at the top was the Bilal Mosque which was named after our master Bilal, may God be pleased with him, was built.
The rest of the floors were established various shops that sell various things such as fabrics, clothing, watches and jewelry
Housewares and many other things, but Bilal market is most famous for abayas and gold stores, as they are located in it
In abundance, everything that is on the market is sold at cheaper prices than other places, even gold. As for abayas, the price ranges between
One hundred riyals and one hundred and fifty, which is a very cheap price compared to other prices that exist these days. 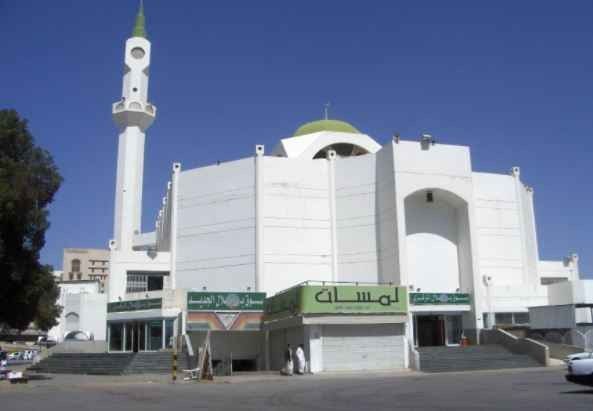 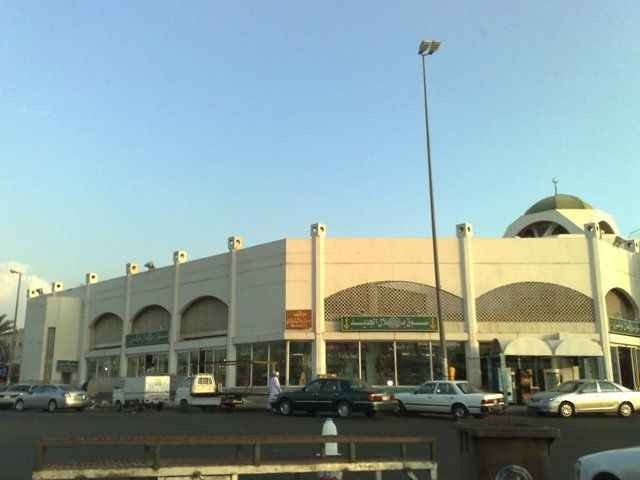 The Hajariyah market is located at the end of the climate tunnel; the market is considered one of the cheapest and best cheap markets in Medina, but it is not
It is well known despite the fact that pilgrims and visitors to the Noble Sanctuary may benefit greatly from them to buy their needs and supplies.
The basic prices are economical to provide as much as possible, and for that reason we have not forgotten to mention it in this list so that you can know it well. The market is specialized in selling basic foods and supplies as it is sold with the finest vegetables and fresh fruits of various kinds;
To fresh meat as well, bakeries are spread across the market where delicious hot baked goods and delicious sweets are sold
The staple, and all the food or food you may need, you will find in the Hajar market, at the highest quality and at the lowest cost. Also, the Hajar market is located near the famous Dates Market, which enables you to walk a few steps and reach
Dates market to buy the finest and most delicious good dates that are unparalleled in its various types. 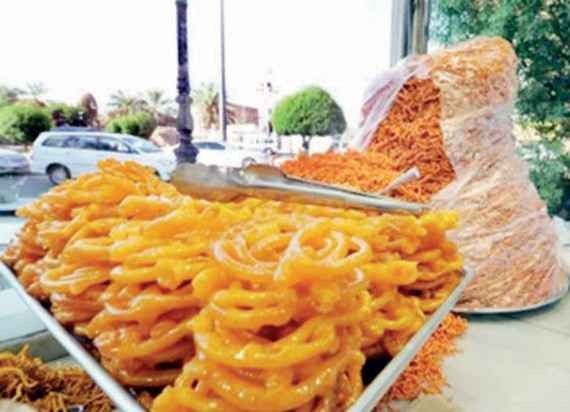 Jeddah markets for cheap abayas .. The finest tastes and models at the lowest prices