Famous sights in the Netherlands

The Netherlands is a country that makes up the European part of the Kingdom of the low lands, and its official capital is Amsterdam, and remains one of the most beautiful European and even global countries because of its rich history and picturesque nature in a distinctive strategic location in northwestern Europe, which made it subject throughout the ages for multiple periods of government still visible to the present day This is in the form of tall tourist attractions. 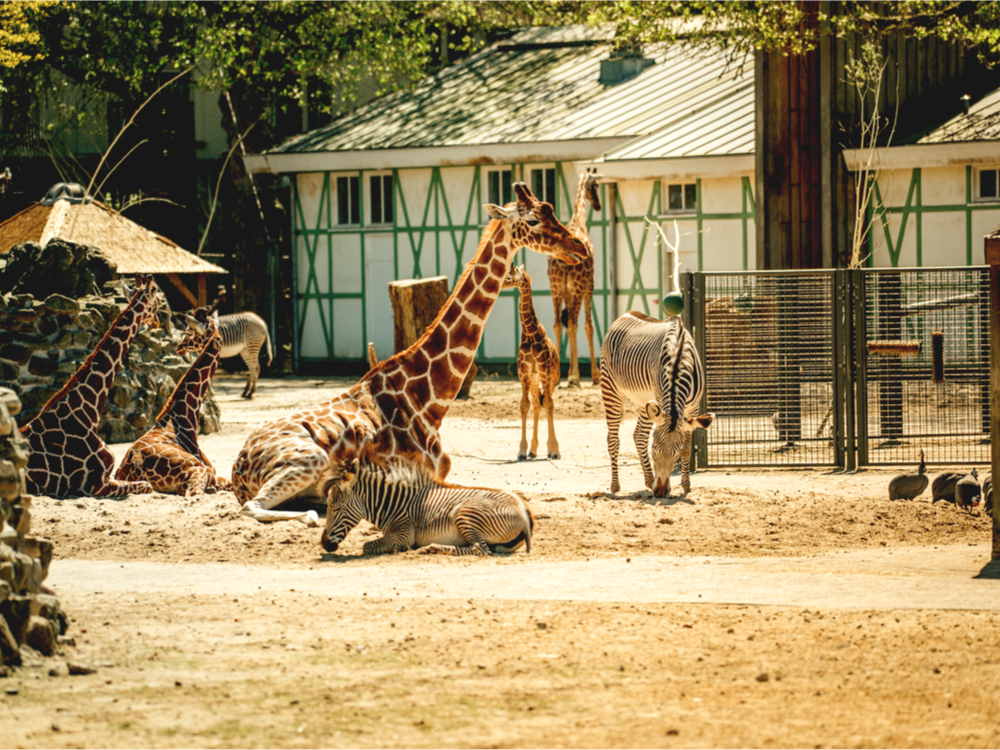 It is located in the heart of Amsterdam, and it is one of the oldest zoos in Europe and the oldest in the Netherlands, where it was established and opened in the year 1838. The park is characterized by its paths, huge and ancient trees, historic buildings and wonderful statues, which return tourists to the atmosphere of the 19th century, and includes a large number of animals Reptiles, insects, and birds, as well as aquariums and botanical gardens. 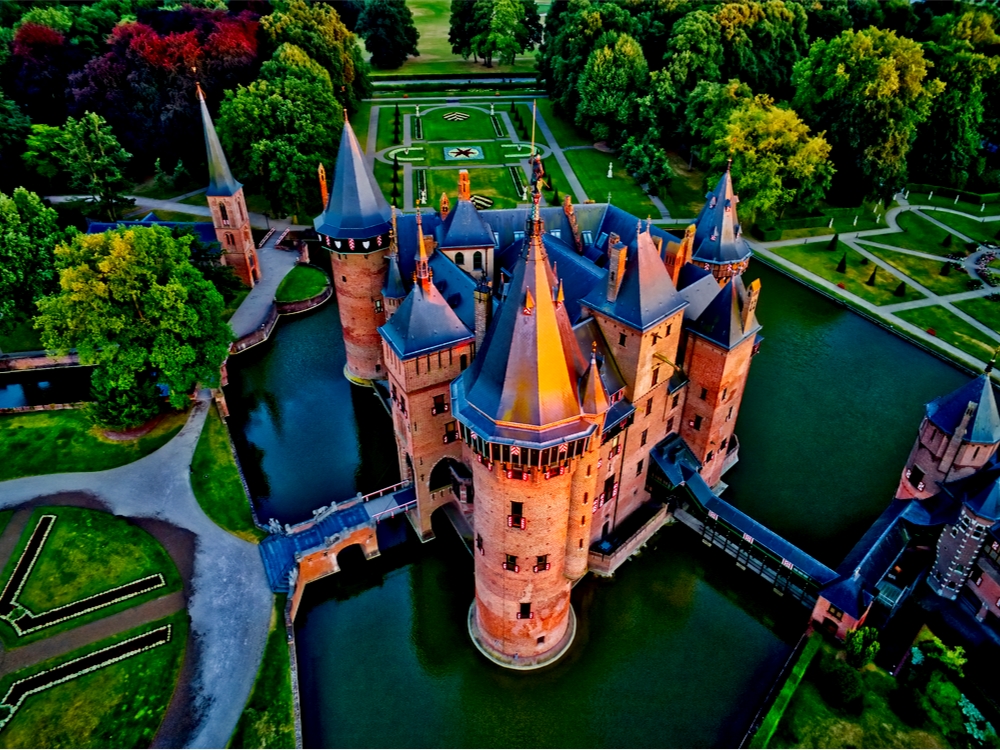 It is located next to the village of Harzollins, half an hour’s drive from Amsterdam, and although its original history dates back to the thirteenth century, the castle that survived wars and natural disasters gained a modern look in the late nineteenth century by the famous Dutch architect Pierre Cowers, within Restoration project on the modern Gothic style. The castle is considered one of the most luxurious architectural masterpieces in Europe, and the largest and most famous luxury castles in the Netherlands, and it features unique interiors. 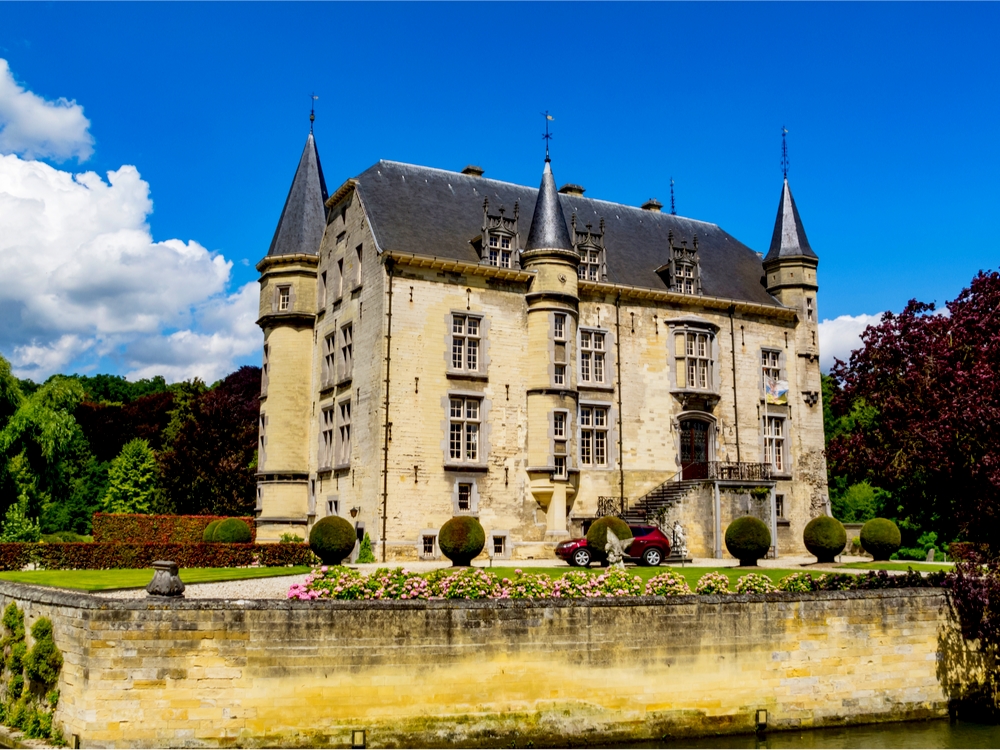 Valkenburg aan de Gul is a historic municipality with distinction in the southeastern Dutch province of Limburg, because for those looking for ancient history Valkenburg is not without attractions of the Middle Ages, and the romantic little town in the picturesque valley of Khul is characterized as being home to the beautiful Valkenburg Castle, which is A ruinous castle, unique in that it is the only castle in the country built on a hill, and is also listed among the hundred best Dutch cultural monuments. The city also contains several other castles such as Sakhalon Castle, Den Helder Castle and Ost Castle, in addition to other tourist areas such as Wilhelmina Tower and Roman catacombs. 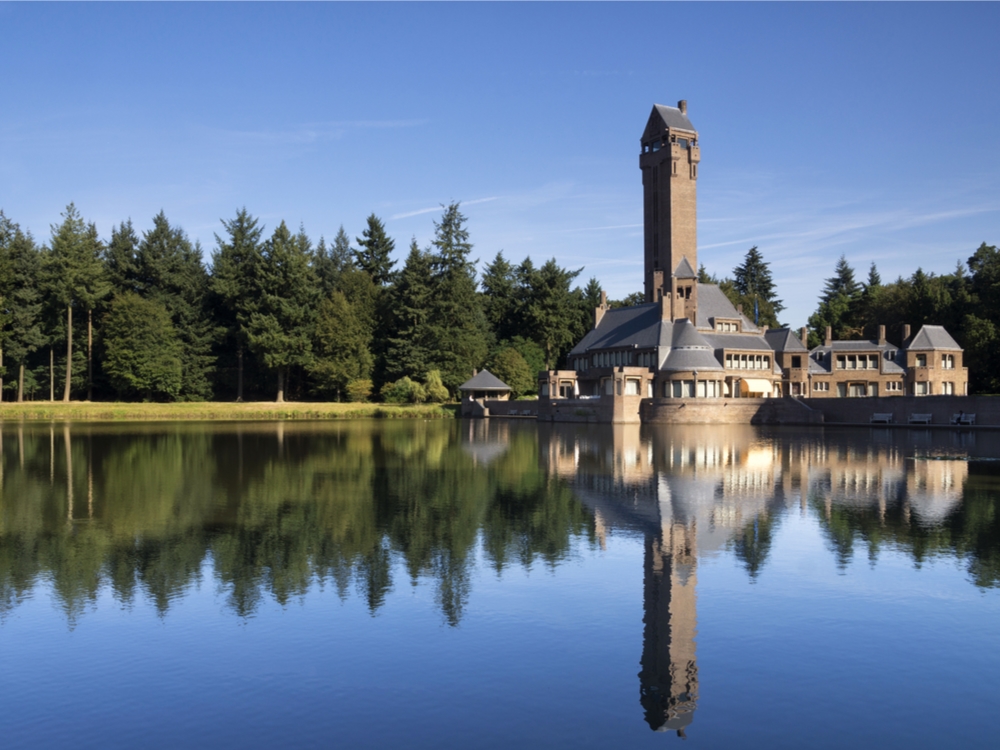 Hoge Veluwe National Park is one of the largest ongoing nature reserves in the Netherlands, famous for its varied and enchanting natural landscapes, and is a safe haven for wildlife lovers, as it consists of meadows, sand dunes and woodlands, and an infinite number of horses live, and many European mammals such as mufflers The red deer roaming around the park in small flocks, as well as hundreds of birds and reptiles. For those who love the wide green spaces and the sport of cycling, they can hike in the park by bicycle in the hard-to-reach areas of the car. 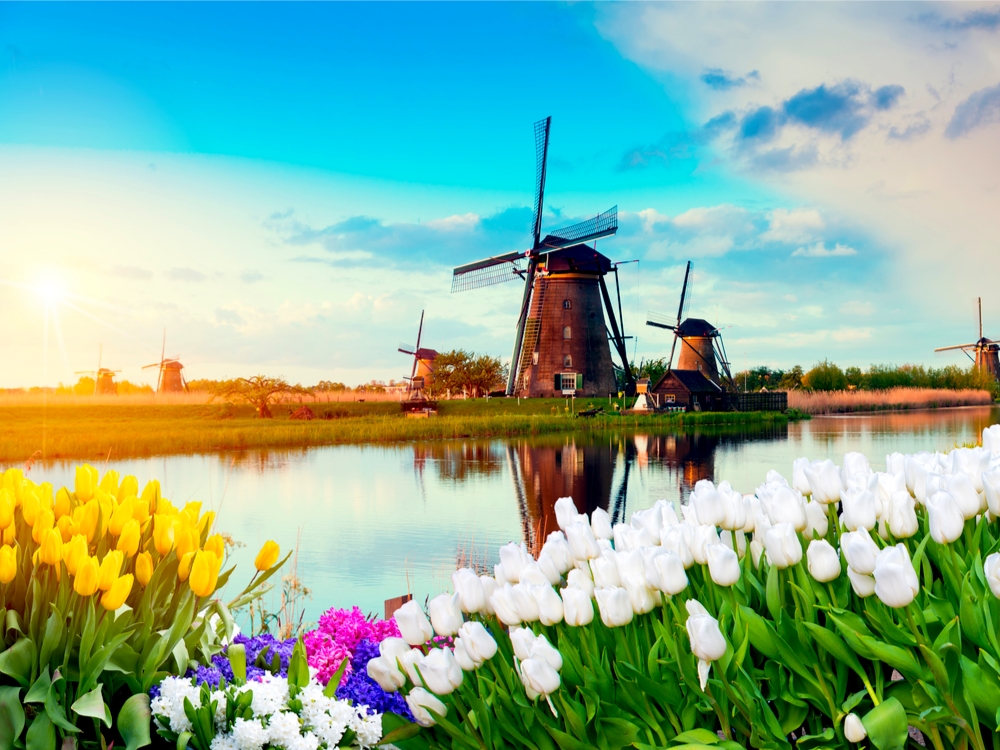 Kinderdijk is a small village in the Netherlands, located 15 km east of Rotterdam, inhabited by only 60 people and visited by 600,000 annually, and is distinguished by the fact that it contains 19 windmills dating back to the sixteenth century, and it is one of the major tourist sites in the country, as it is It is part of the Dutch cultural heritage and is also listed on the UNESCO World Heritage Sites. These mills drain the excess water from reclaimed land, grind grains and generate electricity, and remain the largest gathering of old windmills in the country, and today they have become an important factor of tourist attraction in the Netherlands. 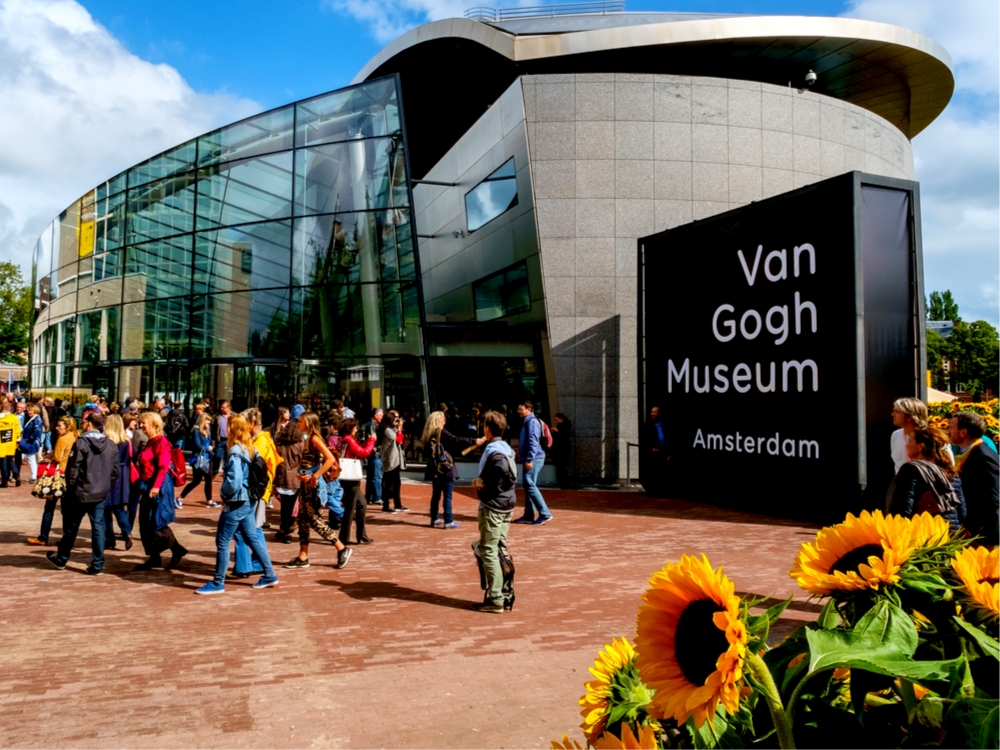 Van Gogh Museum is a museum located in the Museum Square in the capital, Amsterdam, which displays the largest collection of paintings and works by famous Dutch painter Vincent Van Gogh and paintings by his contemporary artists, the museum includes 200 murals in addition to 500 Van Gogh drawings, and a hall that narrates his biography. The museum is one of the most famous tourist places in the city, as it receives more than 1.6 million visitors every year, making it one of the 25 most popular museums in the world. 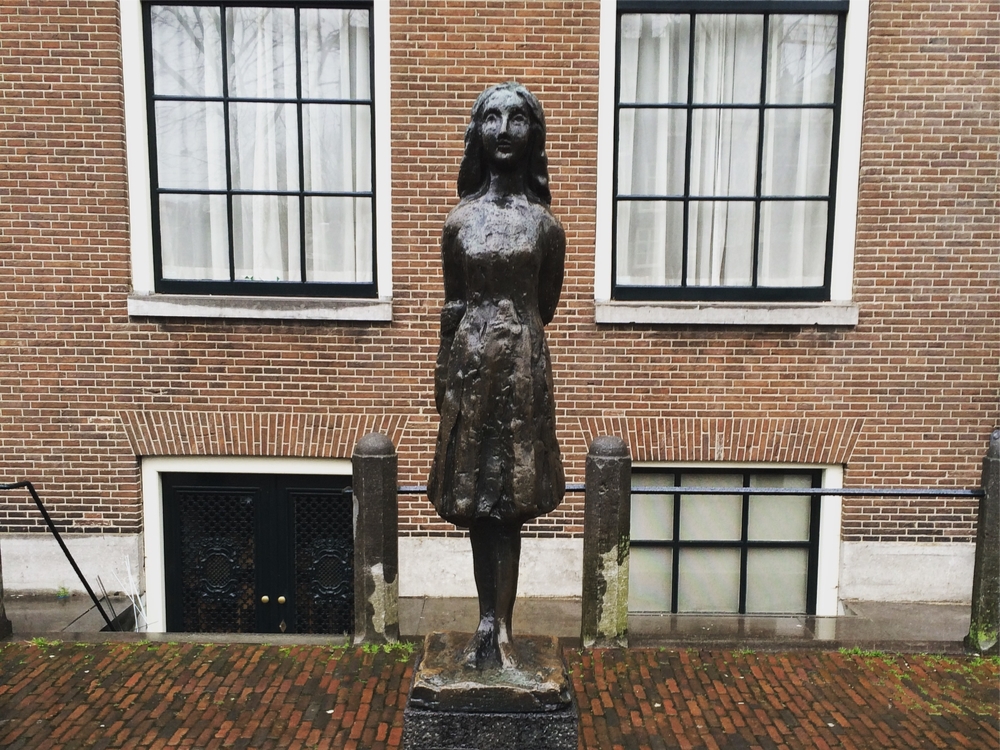 Located in Amsterdam on the banks of the Prinsengracht River, which is the biographical museum dedicated to Anne Frank, the German girl is the author of famous memos dating from her life and family while hiding in World War II in this home in the Netherlands, and in 2013 the museum welcomed more than 1.2 million visitors. This historic house was hidden for Anne, her family, and four other people to escape Nazi persecution, and although she did not survive the war, her memoirs were published in 1947. On May 3, 1960 the house opened as a museum for the public that contains a permanent exhibition on Anne Frank’s life. 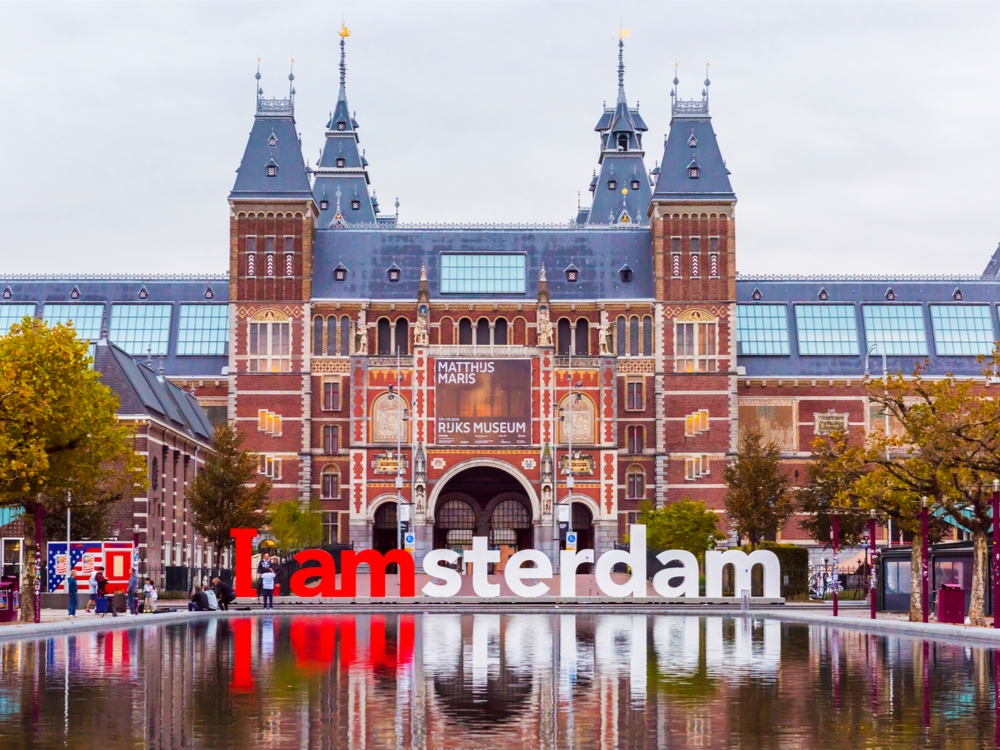 It is an art museum designed by engineer Pierre Cowers. It was founded in the city of The Hague in 1800 and then moved to Amsterdam in 1808 at the request of King Louis Bonaparte, brother of Napoleon Bonaparte. The museum contains a fortune that includes more than 200 works of art from the masterpieces of the Dutch Golden Age, as well as statues and models of applied art work and about 800 thousand paintings of works by famous Dutch artists, such as Rembrandt, Van Gogh, Vermeer and other world art pioneers. The museum also includes a magnificent garden full of huge art sculptures. 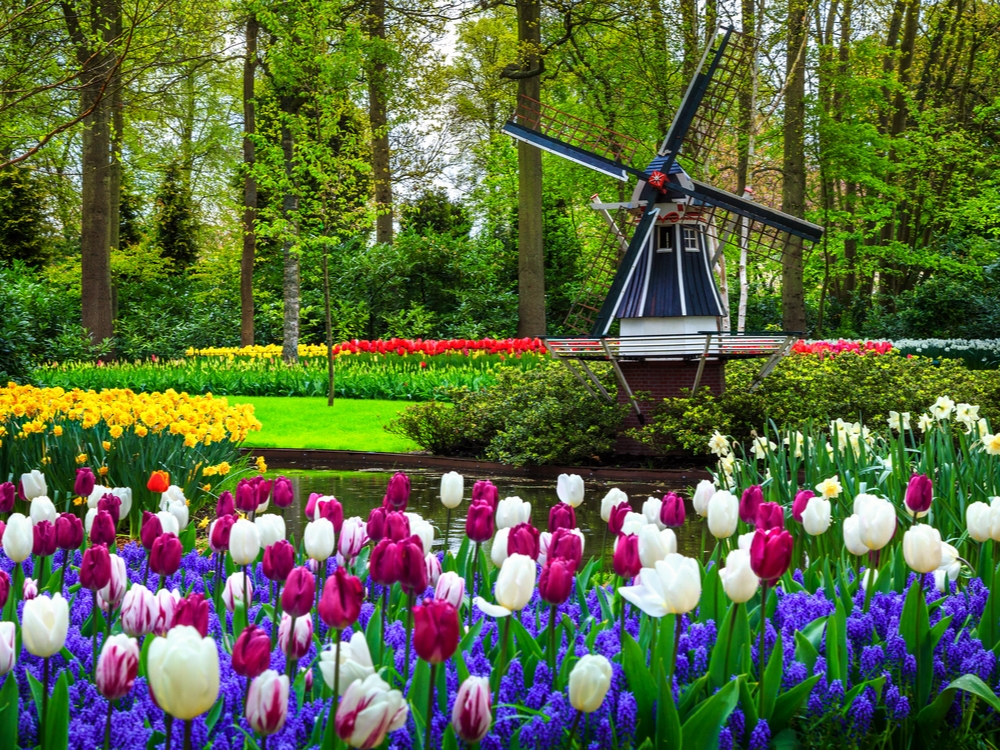 One of the most beautiful and famous gardens in the world, known as the Garden of Europe, which is a park established on an area of ​​32 hectares in the city of Lisse in the south of the country, and it is a seasonal garden that does not open its doors to the public except from mid-March to mid-May because it is a natural reserve that includes a group of the rarest birds and flowers, and contains On more than 7 million flowers and 2500 trees. 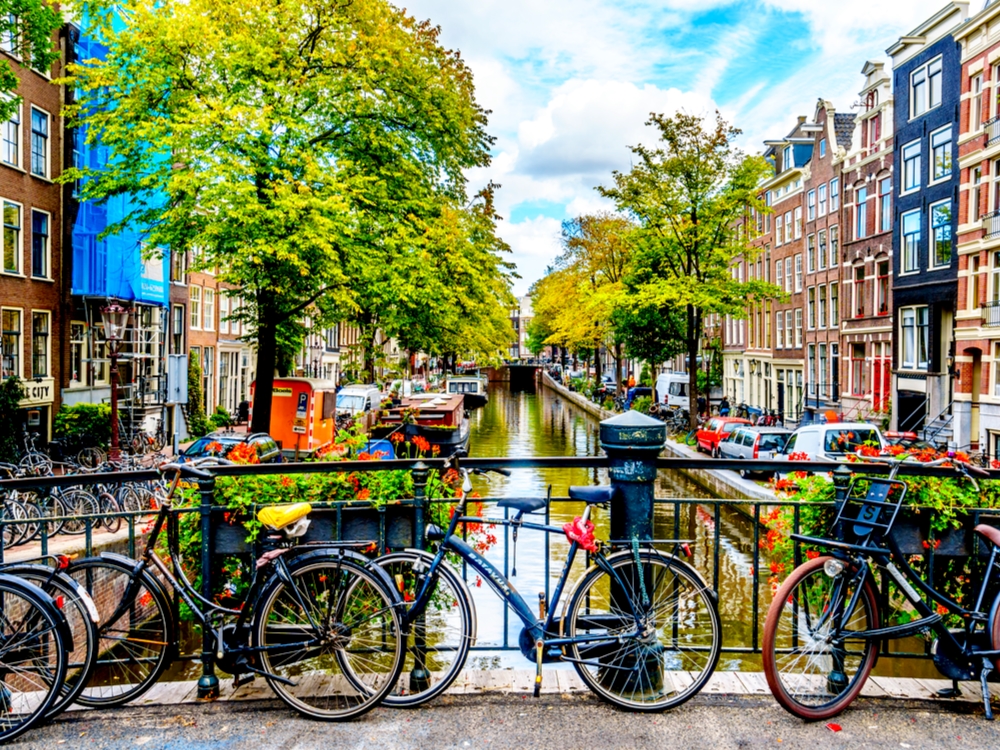 It is one of the oldest neighborhoods in Amsterdam as it dates back to the seventeenth century, and it is one of the most important tourist places where it is located in the middle of the city and near several tourist places, and it includes four major channels in addition to many other small channels, and is characterized by many streets The narrow is perhaps the most famous of Wester Street, and can enjoy a boat trip inside the romantic canals with lighted bridges, and enjoy the beautiful views of the antique houses.