For lovers of exotic places, you should visit the salt lake in America 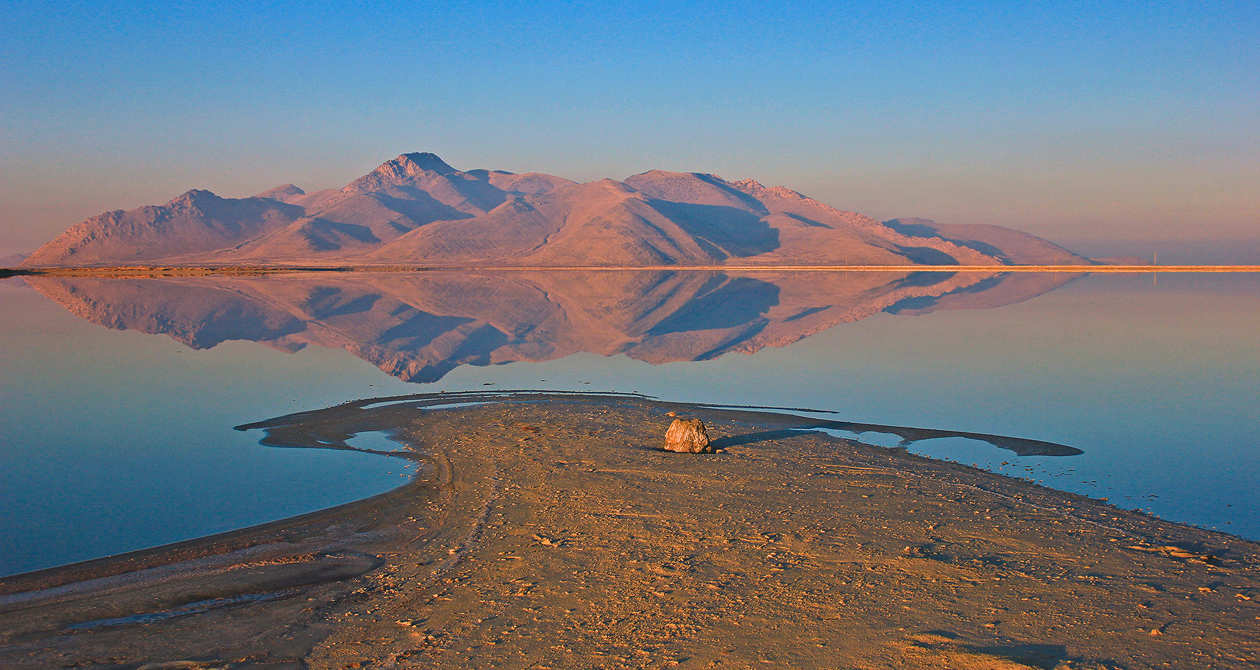 The Great Salt Lake is a salt lake located in Utah, west of the United States of America, and this state has eastern borders with Colorado, western borders from Nevada, and northern borders with Idaho, and has a northeastern border with Wyoming, and this state has joined the federal union in January 4, 1896, and more than half of its population belongs to the Church “Jesus Christ of Latter-day Saints” that was founded in 1830, and has more than 18 million members around the world, was founded by Joseph Smith, and its membership in the United States has more than 5 million members .

It is located on the banks of the Great Salt Lake, Salt Lake City, which is the capital of the state of Utah and its largest city in terms of population, as the population of the population according to the 2014 census reached 190,884 people, and this city was founded by Brigham Young, a follower of the church “Jesus Christ of Latter-day Saints” And that is, around 1847, when these followers sought to escape religious persecution, when they found in front of them a poor and cruel valley and they cultivated it, and it was called the city of salt lake because of its proximity to the great salt lake. 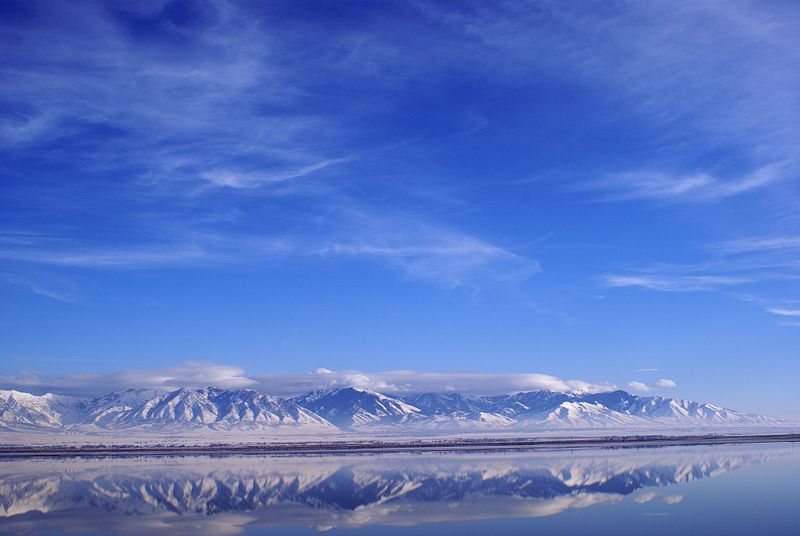 History of the Great Salt Lake
Scientists believe that the Great Salt Lake was originally part of an old lake renewable in this region, and it was larger than Lake Heuron, and geologists called it “Bonneville”, and over time this lake gradually dried up and divided into small lakes, the largest of which is the Great Salt Lake And, in the mid-eighties, the area of ​​this lake expanded and reached its largest size, as its average area is about 6,030 square kilometers, its length is about 130 km, and its width is 80 km.

Although the lake water is fed from freshwater lakes, its water is very salty, as its salinity is more salty than that of the ocean, due to the fact that the lake water does not drain, but it dries out, which works on the emergence of extremely salty water, which is extracted from this lake Each year, more than 180,000 ordinary salt, and the shores of the lake appear in white at a low water level, due to mineral deposits. 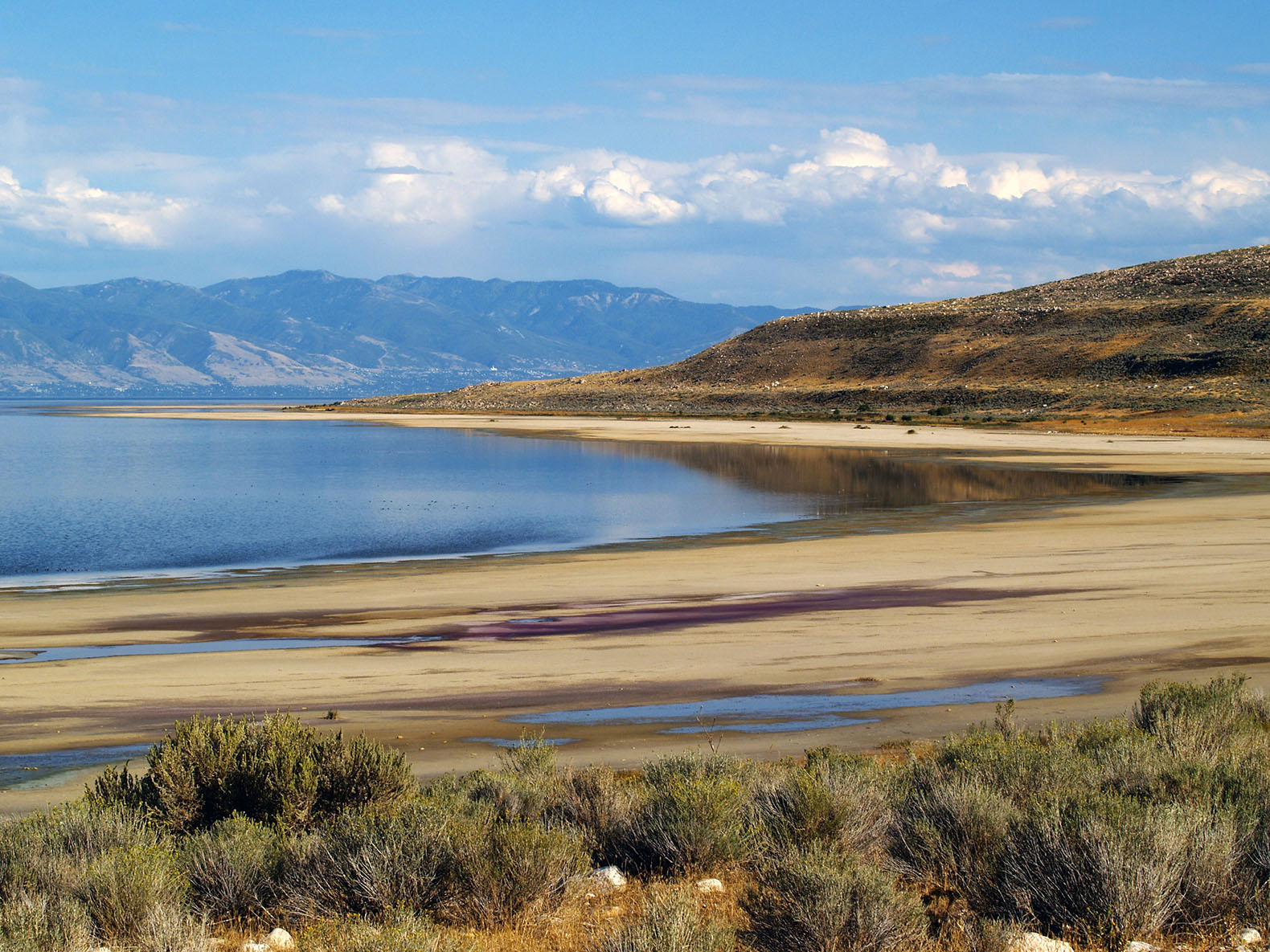 The climate in the lake
Due to the great warm salt water of the lake, the lake affects the phenomenon of snowfall in the surrounding area, as the cold winds in the northern and western regions when they blow across the lake, cause the clouds that lead to precipitation, as well as snow, where it falls Snow in the lake is often in late fall and early winter, and during the spring, and these differences in temperatures cause thunderstorms, especially in the summer, where it can occur from 6 to 8 storms per year. 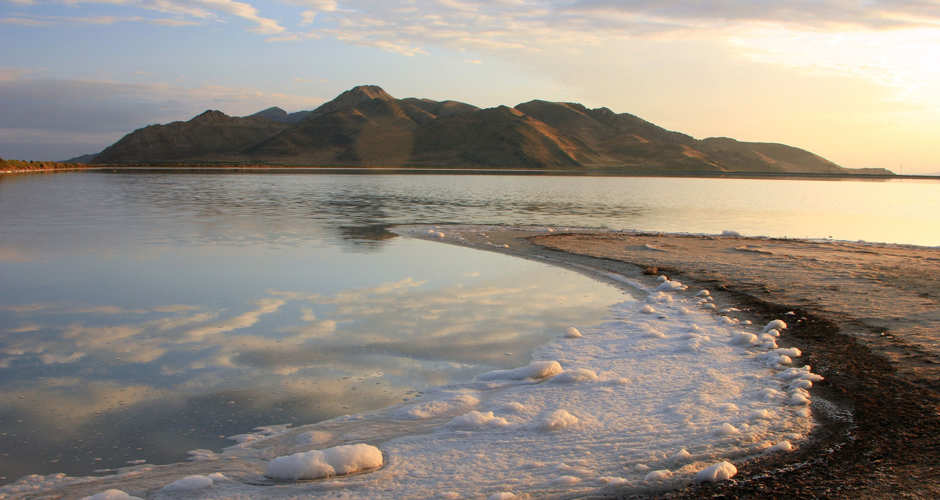 Lake islands
It is difficult to determine the exact number of islands in the lake, because what can be considered an island in a year in which water is high, it can be considered in another year in which the proportion of water is low peninsula, but according to the US Department of the Interior and the American Biological Survey, there are 8 islands all Linked to the mainland, the lake in addition to the eight islands contains a group of rocks and coral reefs. 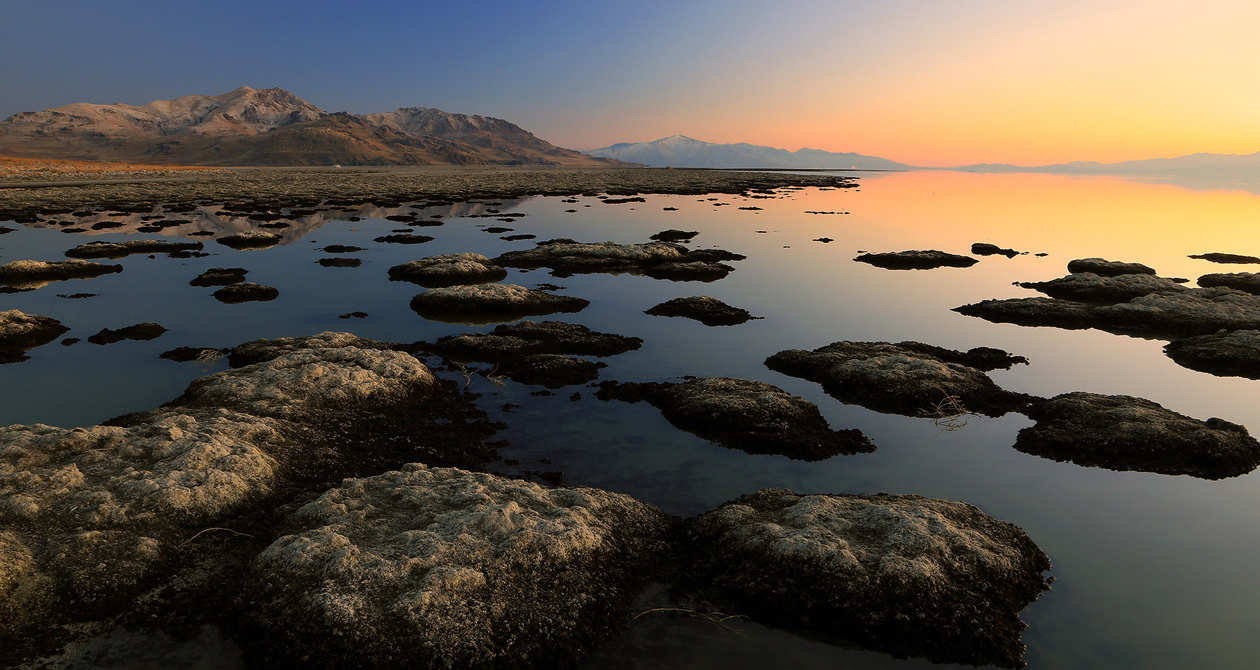 On the other hand, geological survey studies in Utah state that there are 11 islands, seven of which are located in the southern part of the lake, and four in the northwestern part, and according to the difference in the level of water in the lake, the arrangement of islands from the largest to the smallest is as follows: Antelope Island, Island Stansbury, Fremont Island, Carrington Island, Dolphin Island, Cobb Island, Badger Island, Gunnison Island, Ege Island, Gunnison Island, and Strunger.

List of the best malls on Orchard Street, Singapore

The best activities with children in tourism in Singapore