For lovers of mysterious tourist places, learn about the most important regions in the Arab world

Our area has many mysterious tourist sites, so keep it in mind the next time you plan to travel outside your country.
Hercules Cave – Morocco 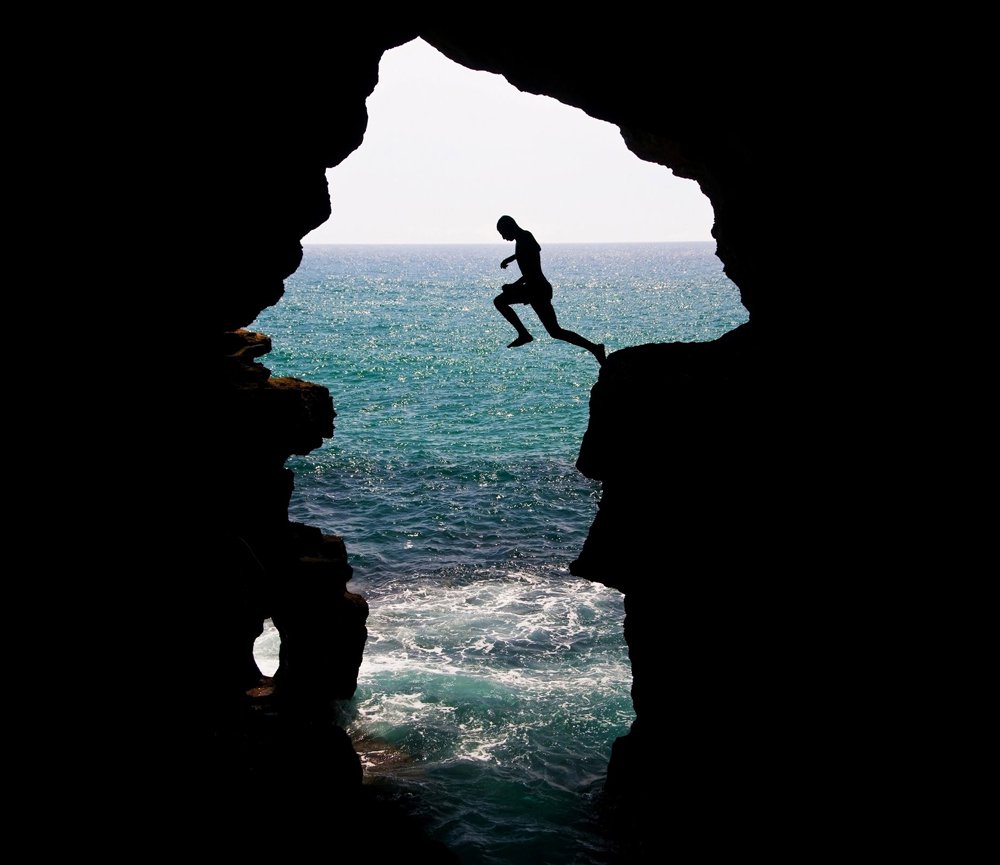 A cave located in Tangier, one of the largest in Africa. Dozens of myths are woven around, and most of them belong to Greek culture. The cave catacombs extend to 30 meters in the ground and date back to the settlement of 5,000 thousand BC.
In that place, reality cannot be separated from the legend. It is said that Heraclius was a prisoner in the cave, so one day he tried to get out of it and hit the wall, creating a large hole similar to the map of Africa, and the blow was so strong that it led to the separation of the African and European continents.
Another story talks about Ibn Neptune’s atlas, who had three daughters living in a grove producing a golden apple and guarded by a monster whose killer Hercules was defeated, but during the battle Hercules struck the mountain and split apart to mix the blue waters of the Mediterranean with the waters of the Atlantic and Europe separated from Africa.
Qisfa Lake, Tunisia 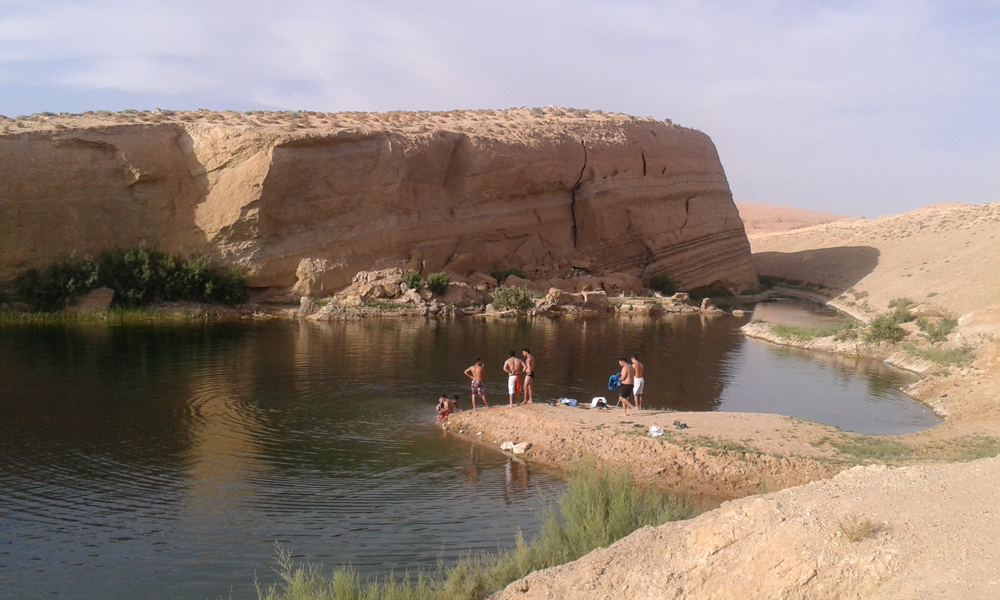 This lake suddenly appeared in 2014 in the wilaya of Qafsah in the southwest of Tunisia. What is really strange is that it appeared out of nowhere during the month of August, that is, in the dry season. The cause of its appearance is still unknown, but experts suggested that a slight earthquake hit the region and caused cracks in the rocks. Millions of cubic meters of groundwater flowed to the surface to form a lake covering an area of ​​one hectare with a depth of 10 to 18 meters. Two days after its appearance, it turned blue to turquoise green, because the area there is rich in phosphates, and algae has grown in them very quickly. This lake for some is a miracle and a blessing, and for others it is a curse and a curse.
Bahla – Amman 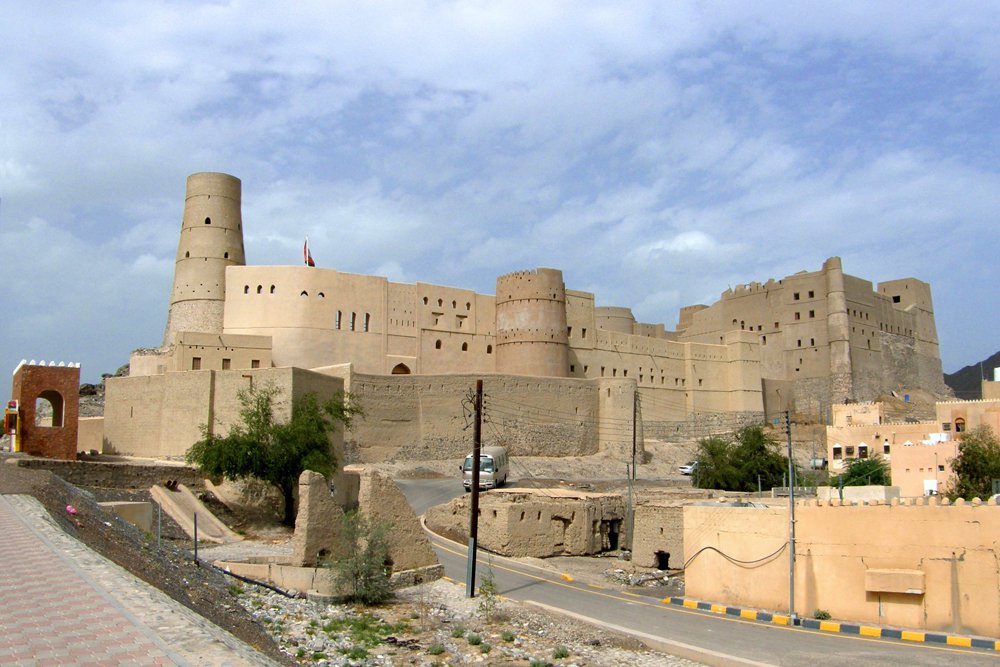 Bahla is known as the city of legends and has woven thousands of stories around it. Her wall is described as magic, which extends around it for seven miles, a well-constructed and well-built building and still remains a bewildering puzzle for scientists who were unable to agree on the direction of his daughter or a specific era. But the most famous novel is the two-story novel, Ghaitha and Maitha, in which history overlaps with the stories of witchcraft and jinn.
It is said that in this flame lived the two sisters who learned the science of the jinn and the mysteries of magic and used it for the benefit of the people of civilization. But a nearby kingdom whose king decided to impose a tribute on them, and the conditions of the city deteriorated .. Thus the people slept on an unprotected city to wake up to a city with a wall of their protection from all dangers.
The fortress of Bahaa is known as the fortress of the jinn, as it is said that the jinn has made it his private residence, and anyone close to it is harmed. During the past years, tales of archaeologists have been reused as stories of restoration of a part of it and its existence goes back to what it was. And of course we do not forget about the haunted market, which is the most obscure part of it.
Tree of Life – Bahrain 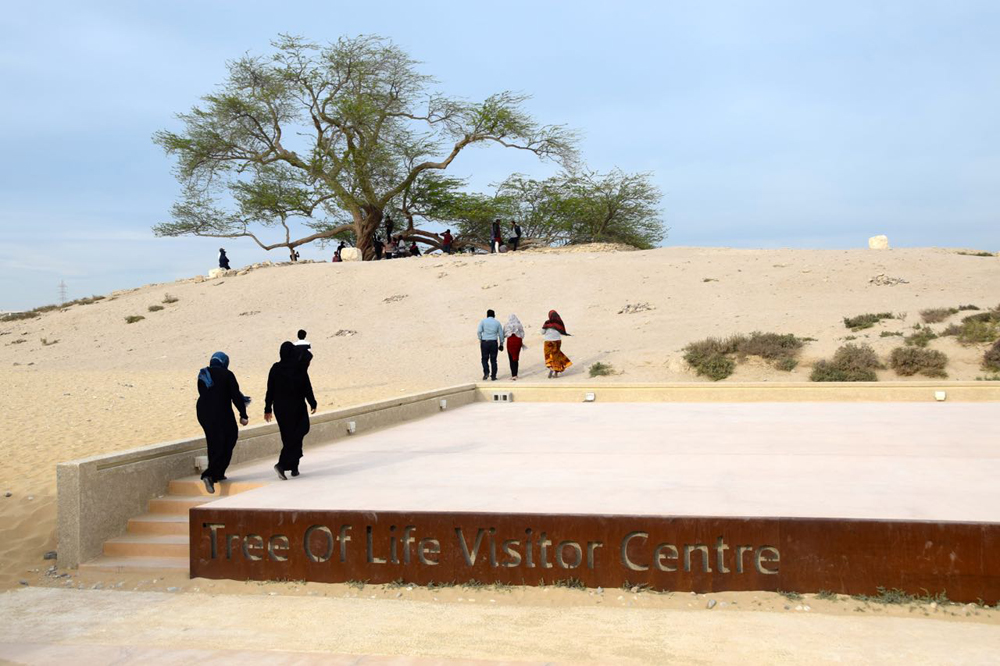 Waheedah stands in the Bahrain desert .. It is estimated that she is more than 400 years old and she is of Ghaf al-Ramadi type. No one knows the reason why this tree was able to survive without water, and although Dr. Ghazi Karaki presented research on it, he tried to explain this phenomenon, but the justifications did not convince all scientists.
One scientific explanation indicates that it has adapted to the desert atmosphere due to a sandy belt around which its roots extending under the sand enable many kilometers to stretch to get water from the neighboring villages. . But this theory did not explain why this tree remained while all the trees near it were destroyed.
Baron Empain Palace – Egypt 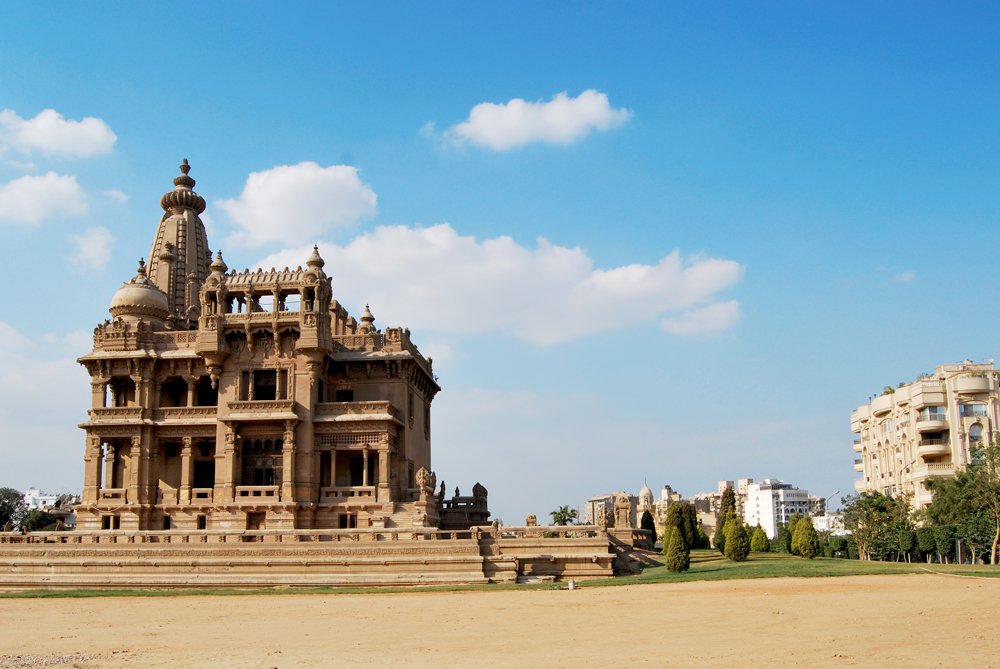 A Belgian millionaire and an accomplished engineer who falls in love with Egypt and decides to build an unparalleled palace. In a spot near Cairo and close to Suez on the desert road east of the capital, an architectural masterpiece came out .. A palace with statues in the form of elephants and a tower that spins on a mobile base full cycle. 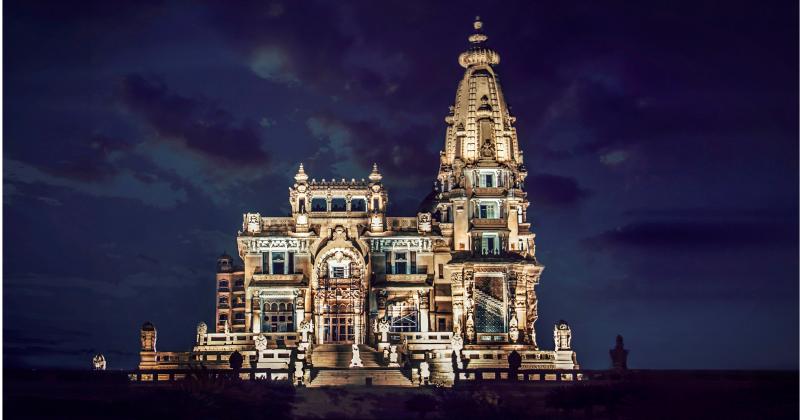 One night, while he was running the tower, his sister, who fell from the balcony of her room, screamed, and because he was late and was unable to save her, her “soul” got angry at him. The tower stopped rotating and was unable to fix the defect, and it is said that sounds are heard from the palace at night, and the lights are on. Perhaps the most famous incident was in 1982, when a group of passers-by saw smoke coming from the main room of the palace, and then it entered the window of the main tower of the palace, after which it showed the glow of fire, which was then extinguished alone.
Round temples – Sudan 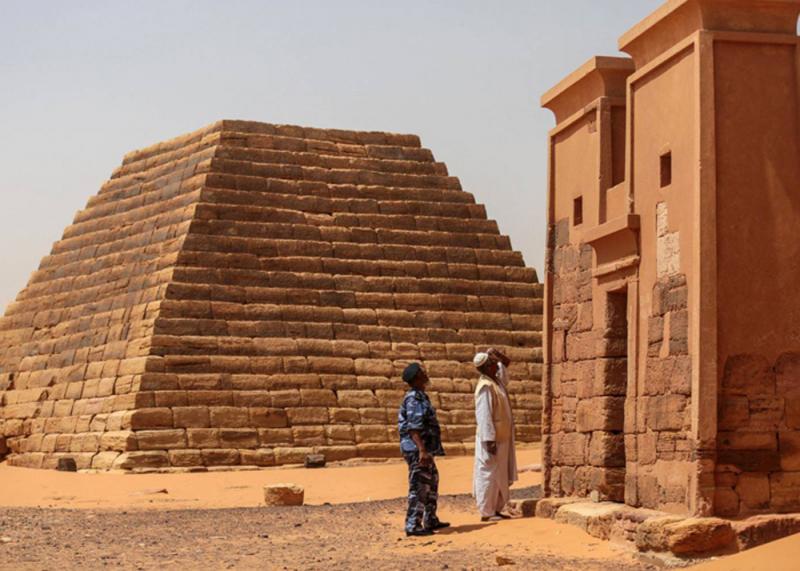 Temples were discovered at the site of Daki Qi, 2 kilometers from the city of Karma, the capital of the Nubian kingdom, and according to archaeologists, they hold secrets that may reveal the hidden pasts of the brown continent. The temples vary between round and oval in shape and date back to the period between 1500 and 2000 BC.
The architecture of these temples was not previously known and there is nothing similar to it in central Africa or in the middle of the Nile. Since it is rare in the world, there is no way to compare it to discover who built it, why and what its purpose is. The discoveries in the Karma region are connected to a new world, about which we know nothing yet.