Here are the best tourist places in Izmir

Located in the city center on Konak Square, this tower is the most distinguished of Izmir as it was designed by the French oriental architect and was built in 1901. 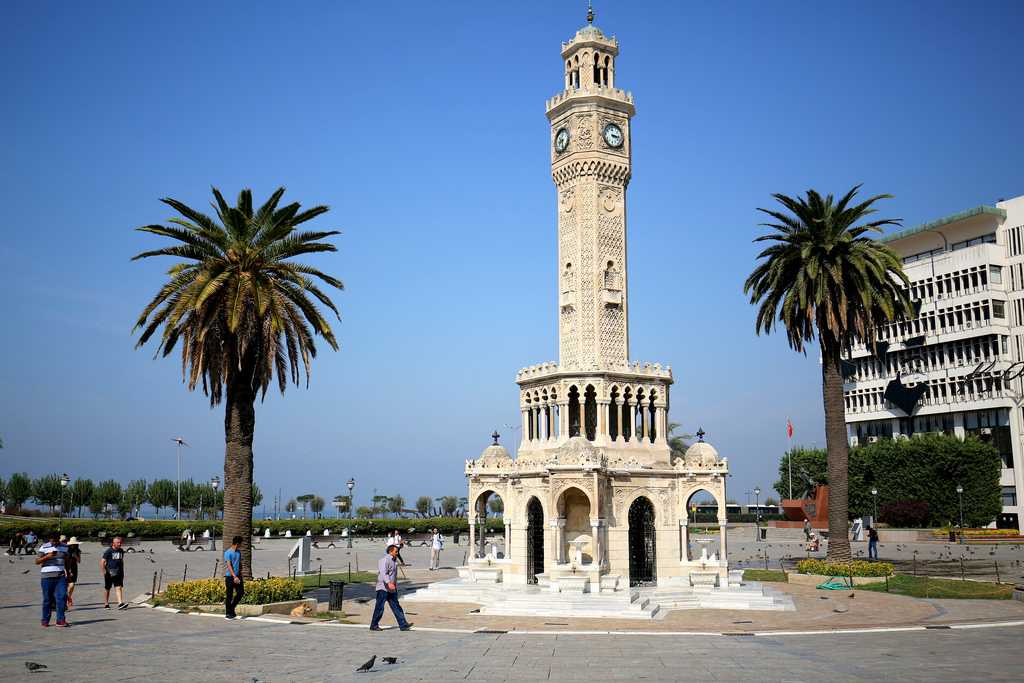 The tower is 25 meters long and contains 4 separate fountains in 4 corners and 4 hours. The tower also features a picturesque appearance and Ottoman-style architecture.

The ancient ruins of Ephesus

The ancient Ephesus region contains ancient historical settlements dating back to the Hellenistic, Roman, Byzantine, Seljuk and Ottoman periods, including the Isa Bey Mosque: a mosque that is characterized by a wonderful artistic engineering architecture of Seljuk architecture and is one of the oldest and most important Anatolian mosques in Turkey 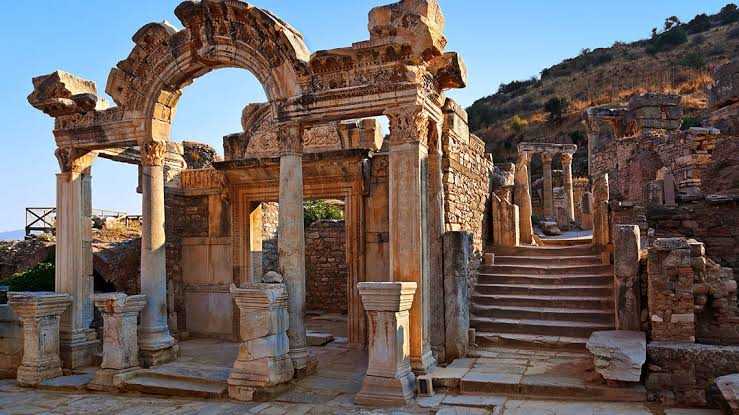 It is an ancient city located near Izmir, and a gateway to a long history with ancient temples, theaters, offices and cultural heritage, where the ancient Pergamon settlement is the capital of the Hellenistic family 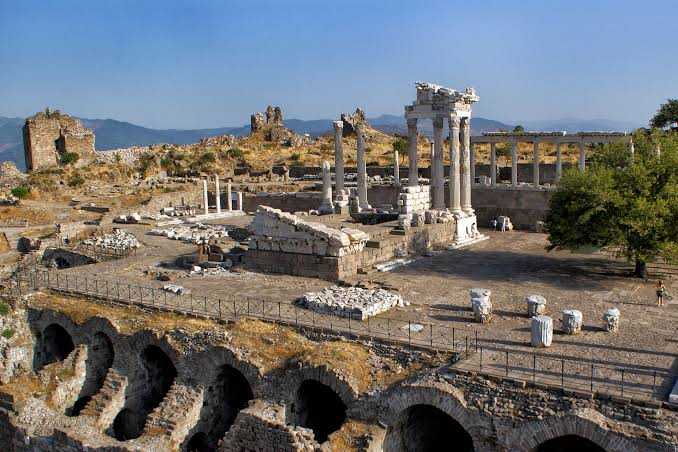 It features many huge Hellenistic architecture, including: the Temple of Athena, the Hellenistic Great Theater, an ancient library, the great altar of Pergamon, the Dionysus Temple, and the gymnasium. The Great Altar is considered one of the wonders of the world since the second century BC, as this altar and many other works produced by Pergamon Sculpture represent the pinnacle of sculpture in the Hellenistic period.

It is a popular destination for many and is a golden beach with a length of approximately 1.5 km, and the favorable wind conditions make Ilica along with the nearby beaches of Alaçati, it has a wonderful global location for windsurfing. 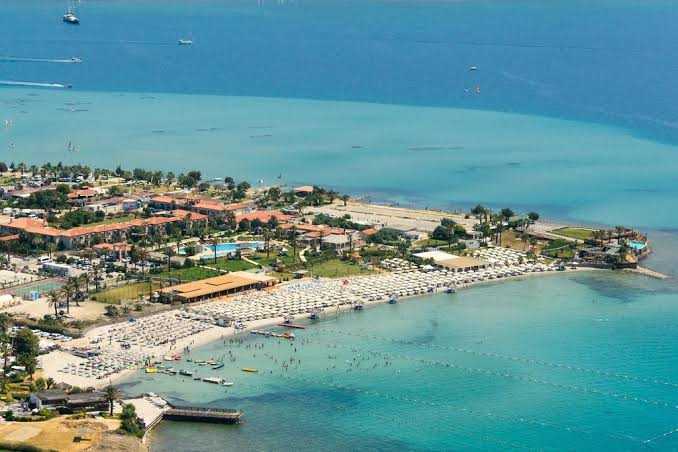 It is one of the distinctive beaches of Izmir, where it is characterized by windsurfing, and enjoys its pure, clear and windy waters, and well-known Turkish hospitality.

It is one of the best locations for surfers, as this beach is characterized by many waves, winds and shiny sand and is located about 10 kilometers from the center of Çeşme, this beach is also a favorite destination for skiers and surfers.

Also known as “Aquarium”, due to its crystal clear waters, this beach is an ideal place to observe underwater life from the top of the roof, and of course you must jump into the water to truly enjoy the turquoise bay that can be reached by boat tours only. 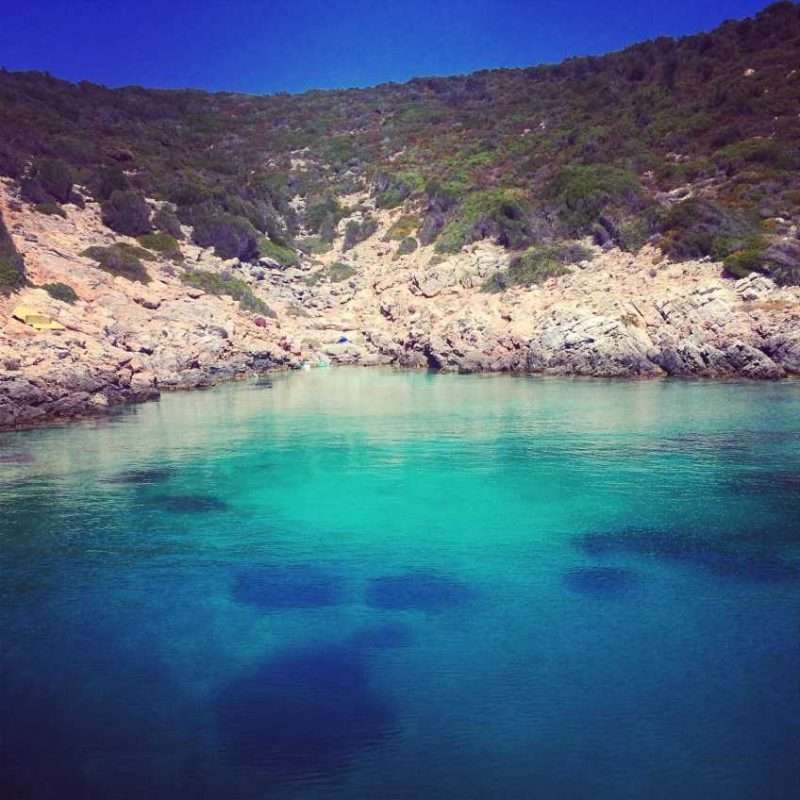 You can book a tour with some Turkish companies like Poseidon which move from Çeşme to Mavı Koy as well as the Eşek and Makri Islands.

Being a city on the Aegean coast, it gathers a variety of marine plants and fish as Izmir features a rich kitchen and delicious cuisine, and there are many restaurants that offer delicious dishes made from herbs grown in the region by adding olive oil 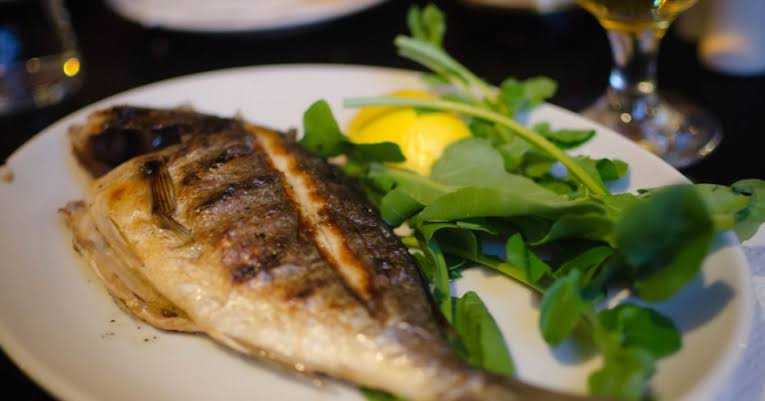 It also offers a variety of fish and seafood dishes from the Aegean Sea. So Izmir is the perfect blend of traditional Aegean cuisine, healthy and balanced diet, fresh vegetables and wild herbs.

The most famous festivals of Izmir

Izmir is one of the most beautiful cities of Turkey that holds many local fairs and festivals throughout the year. 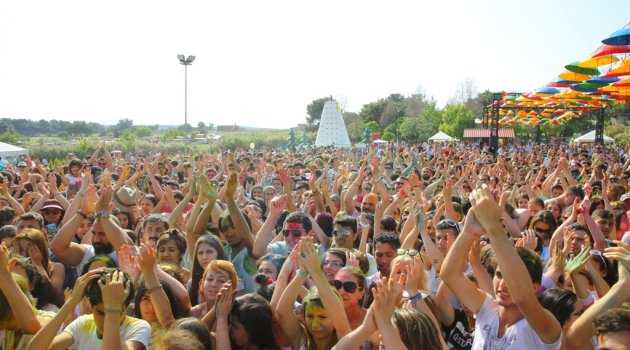 Some of the city’s festivals include the Izmir International Fair and the European Izmir Jazz Festival as well as sports and musical entertainment fairs.