How to spend 48 hours in Yerevan, Armenia

Yerevan is considered one of the most popular tourist destinations in the Caucasus region, as it attracts tourists throughout the year to moderate its weather in most of the seasons. Yerevan is distinguished by its beautiful gardens and its ancient museums that preserve the collective memory of Armenia. This city also combines luxurious architecture that expresses the civilizations and cultures that followed it and the scenic landscape. Below we will present an integrated tourist program for those who want to spend 48 hours in Yerevan and experience the best this city has to offer to its visitors.

Have breakfast at a restaurant Cosi È La Vita 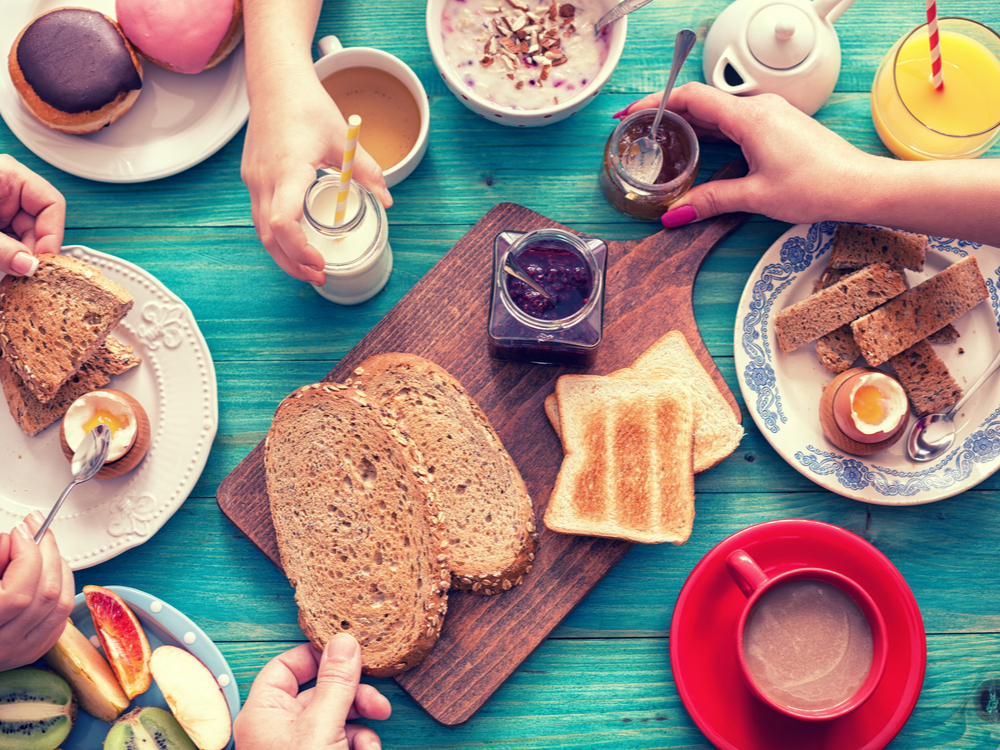 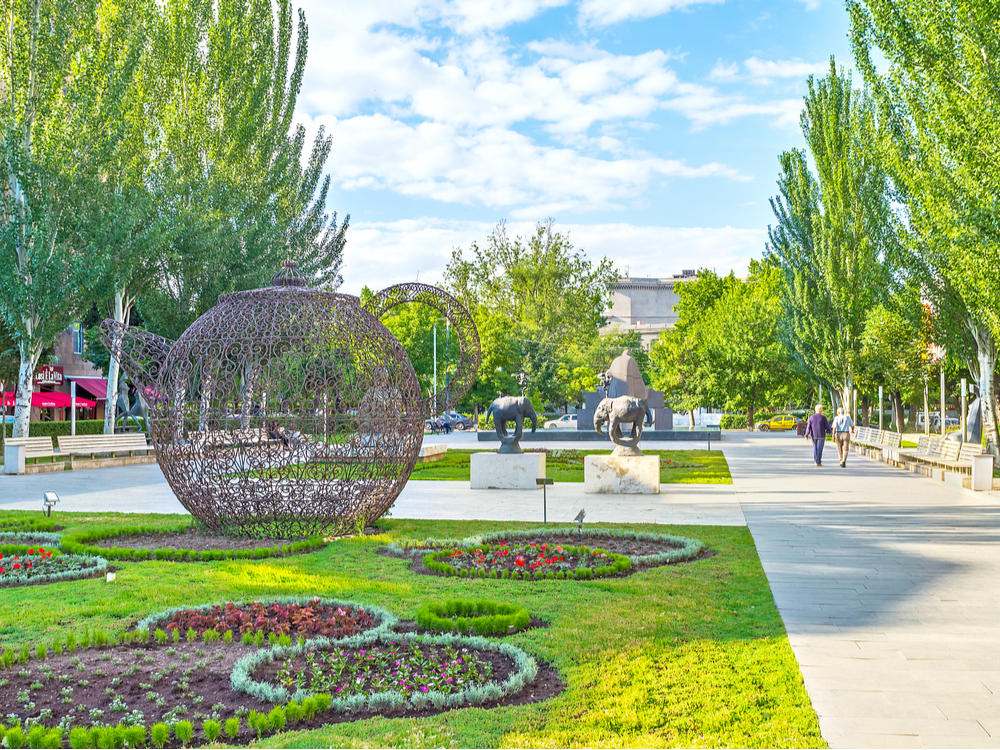 Kvessjian Arts Garden features contemporary Armenian sculptures and fountains that attract tourists with its unique design
After breakfast, continue walking for two minutes on the same street until you find directly in front of Kvissjian Art Park, which features contemporary Armenian sculptures and beautiful fountains that attract tourists with its unique design.
Near the park is the Kvissjian Museum of Art, which opens its doors on Friday, Saturday and Sunday. This cultural and architectural edifice attracts more than a million tourists annually since it opened in February 2009, and the museum houses a large collection of exhibitions inspired by “Gerard Kevsjian” for contemporary art. It also offers Unique pieces, historical films and concerts

Walk around the Yerevan waterfall 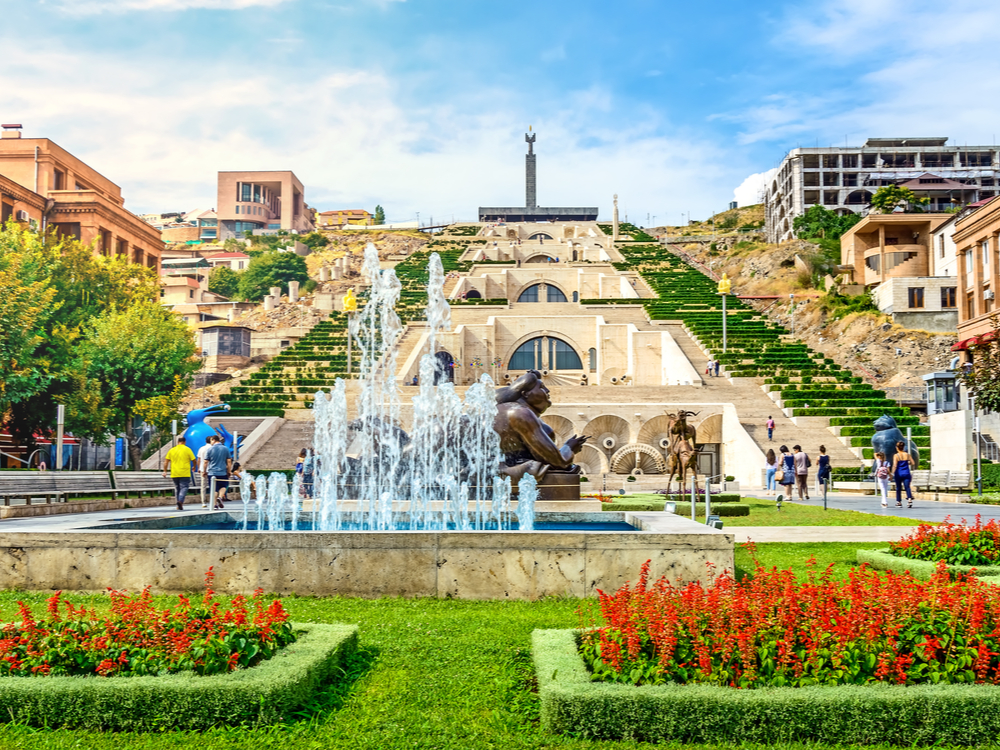 Learn about the history of Armenia by visiting the Matnadran Museum 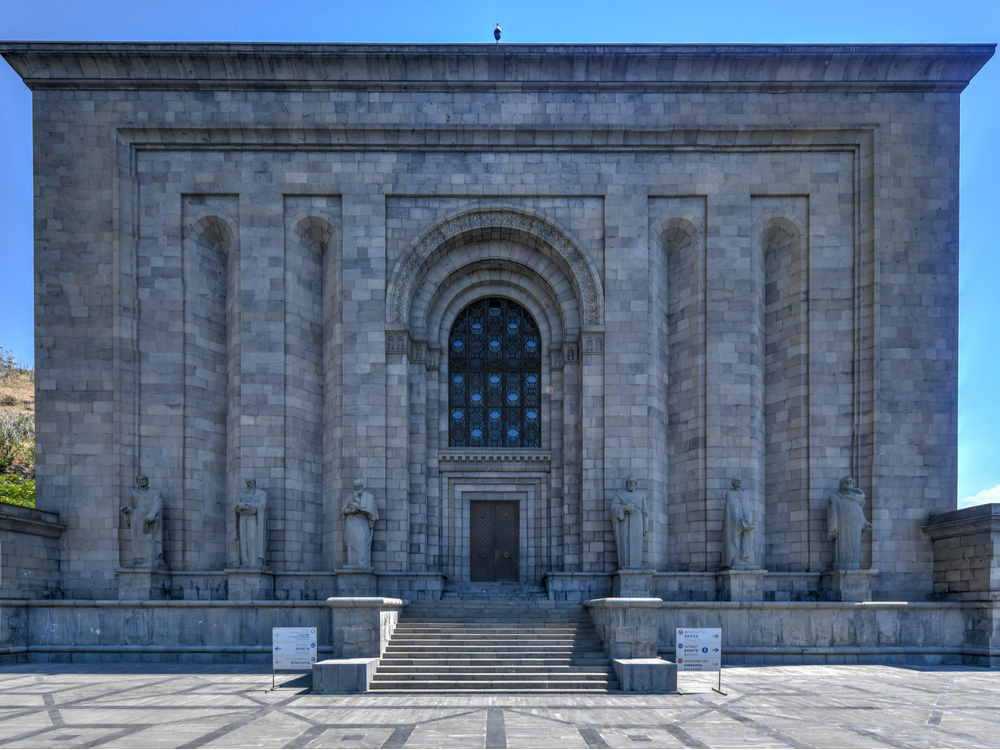 Lunch in a restaurant Zeituna 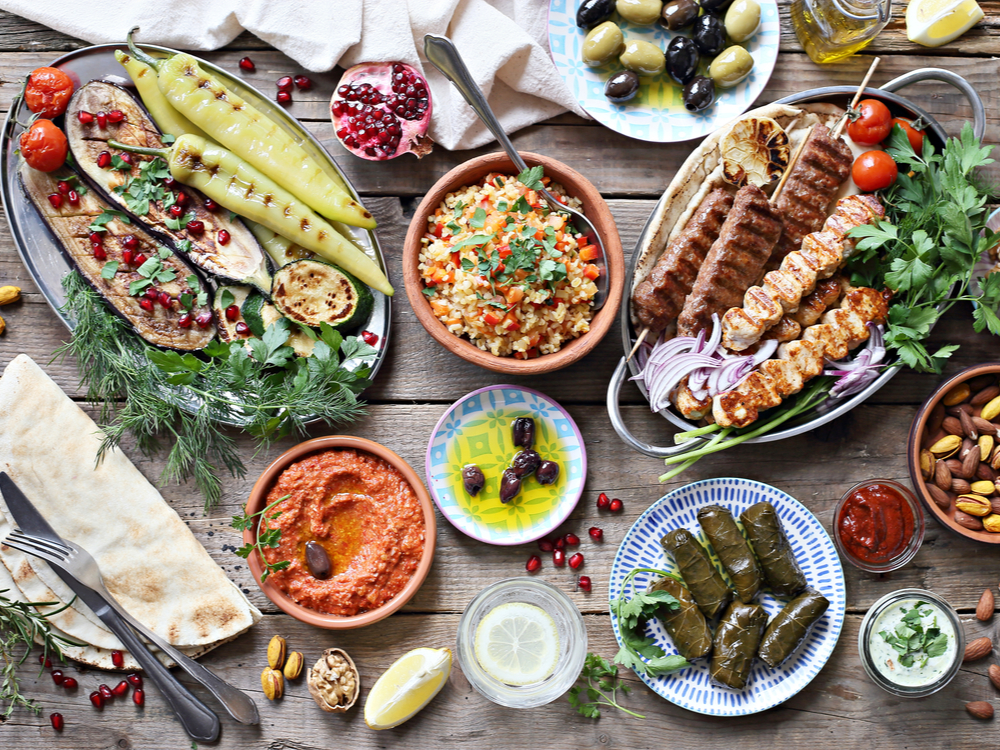 Restaurants serving Armenian halal food in Yerevan
After an hour and a half in the Matnadran Museum, take a break before completing this exploratory tour of the city, and stop for lunch at Zeituna Restaurant on Ishaqyan Street, which is a suitable place for those looking for restaurants serving Armenian Halal food in Yerevan. The restaurant specializes in providing the most delicious Armenian and Lebanese dishes of all kinds, and is known for its distinguished service and favorable prices.

Visit the Mother Monument of Armenia 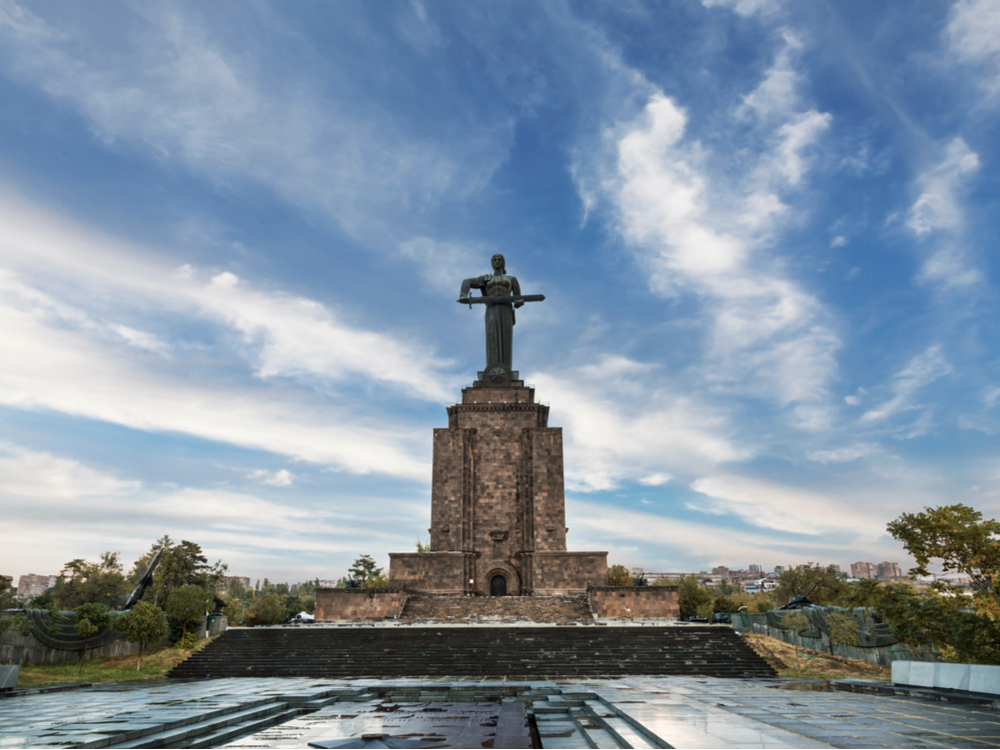 Walk around the Victory Park 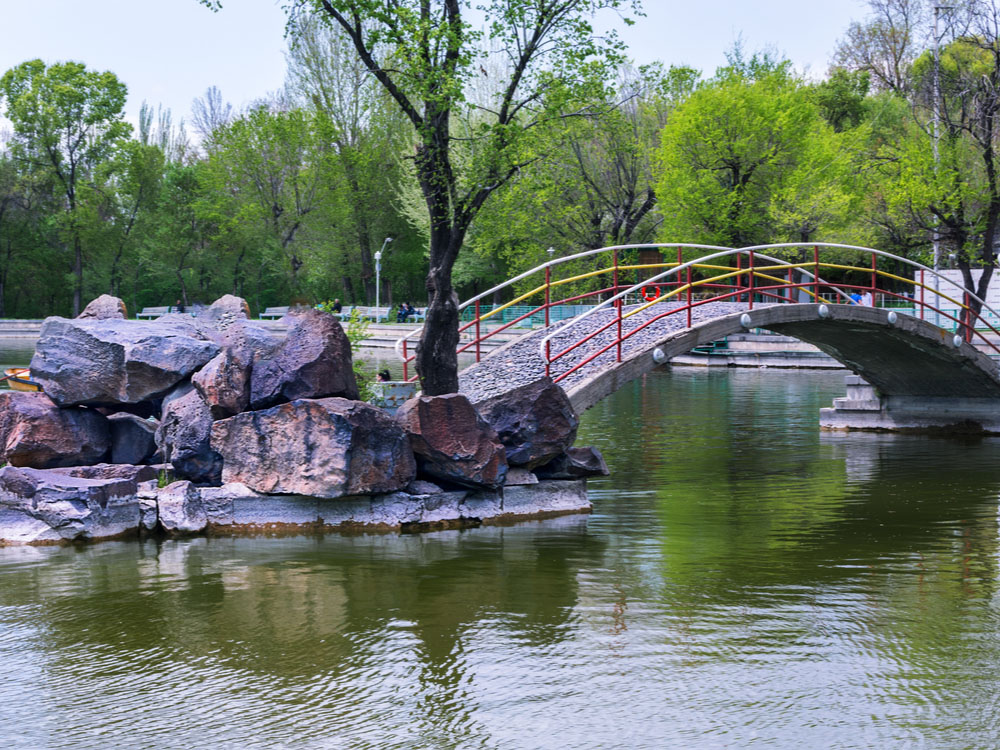 Victory Park is among the important tourist destinations in Yerevan
Continue wandering around this park which includes many wonderful sights that express the ancient history of this ancient Armenian city. Verifan is among the oldest inhabited cities in the world, as tribes and peoples have continuously and continuously succeeded since the eighth century BC.

Visit the Catholic Church or the Holy Mother of God 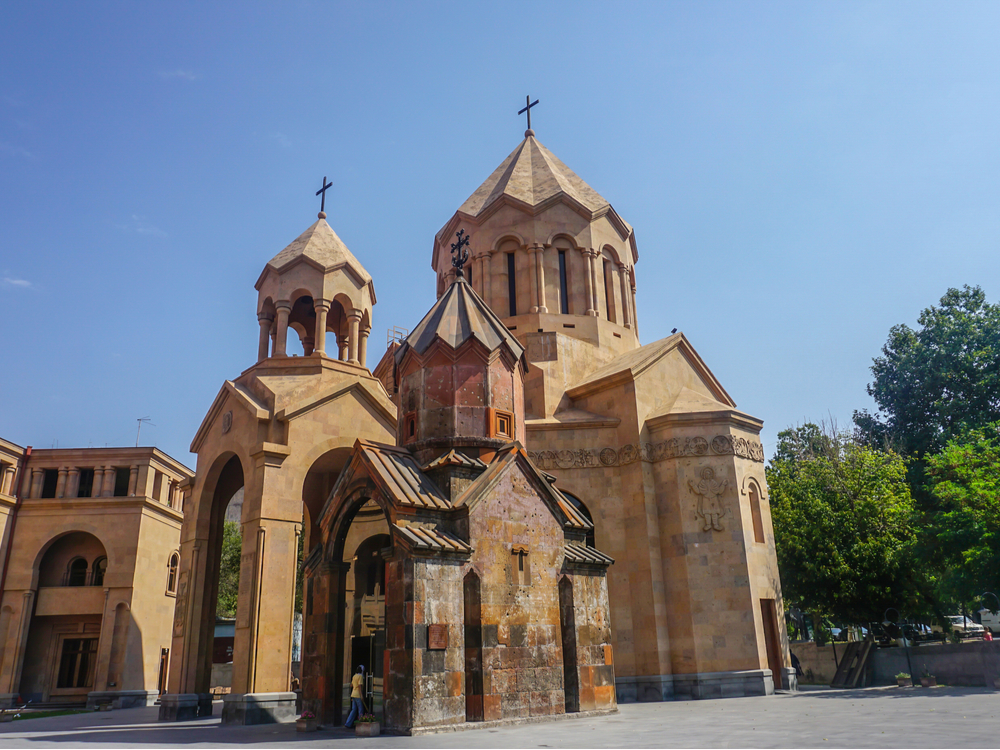 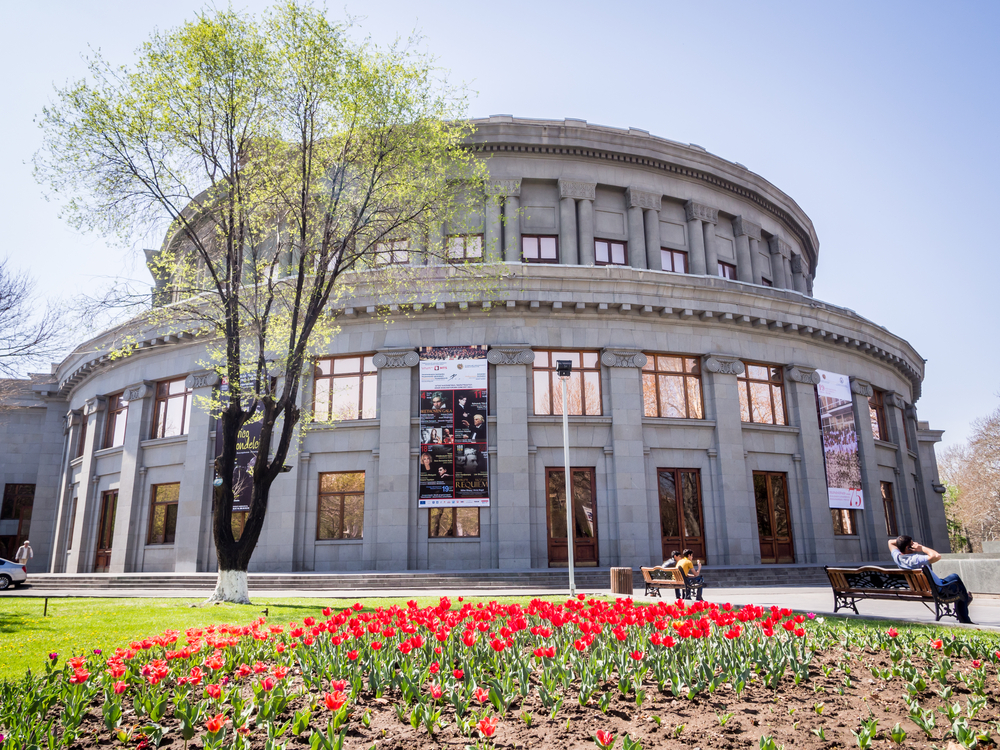 Have dinner at a restaurant Tospia 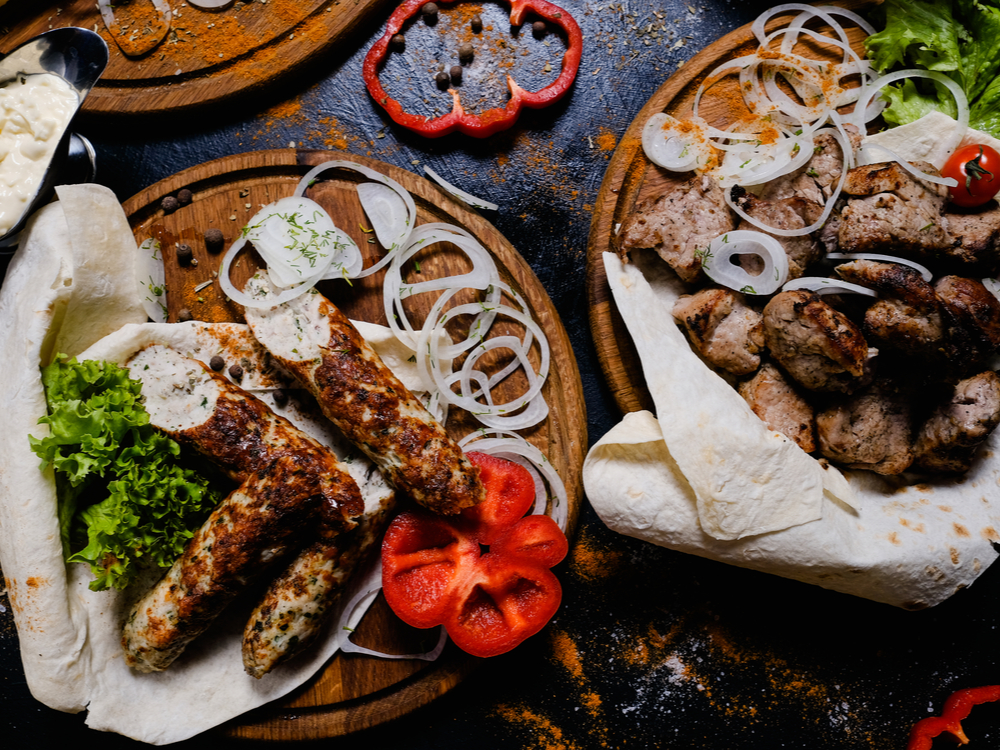 Restaurants offering vegetarian and marine options in Yerevan Armenia
Cross the square, passing through the lake known as “Swan Lake” and turn left towards Tomanian Street to the “Toscia” restaurant, which is characterized by its unique décor and a varied menu of Armenian and international cuisine, including vegetable and marine goods. This restaurant also includes a bakery from which you can buy Armenian and famous bread and various types of pastries and cakes.
After these tourist activities in Yerevan, we recommend returning to the hotel and taking a break in preparation for the second day.
Among the hotels we recommend staying in Yerevan:

Tourism in Yerevan – the second day:

Have breakfast at Masoor Restaurant 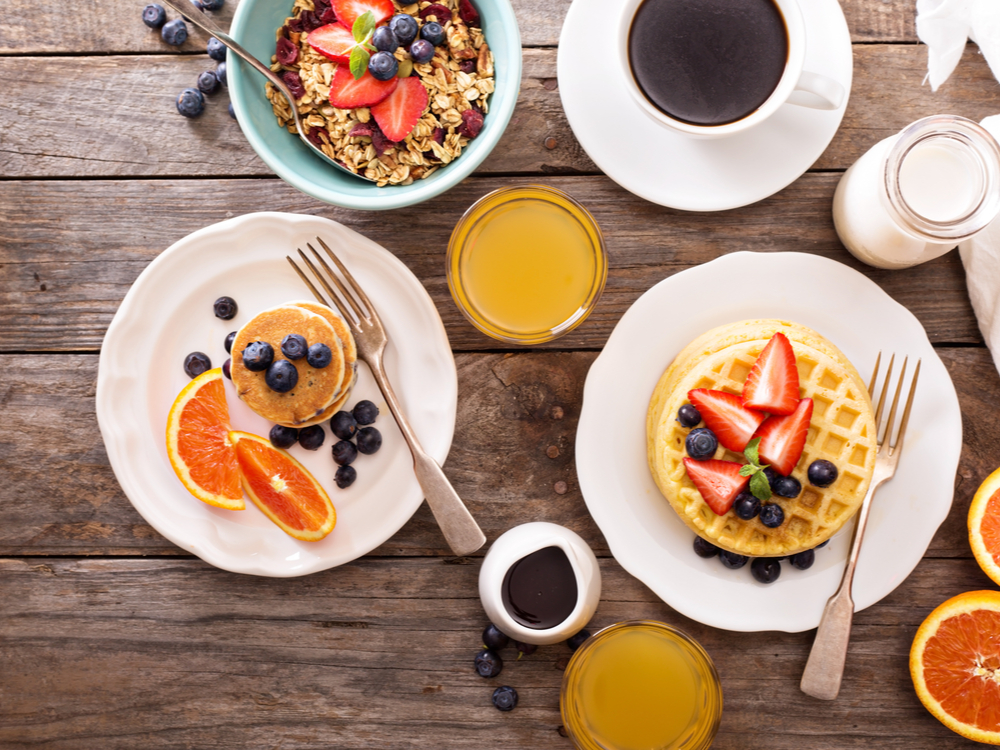 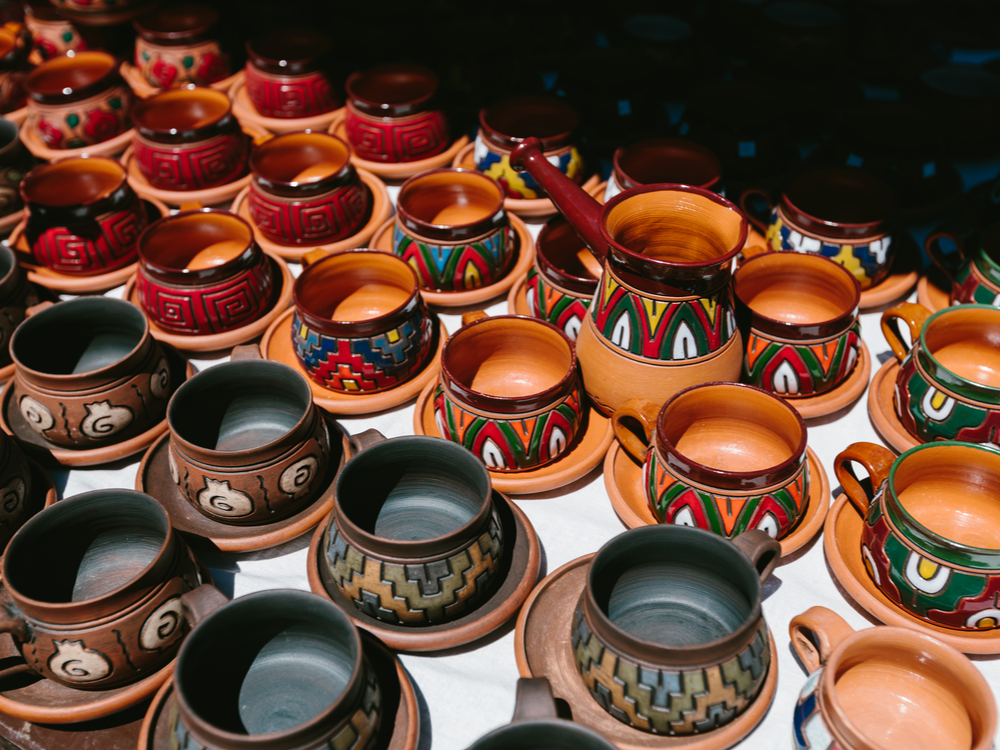 Shop local Armenian products
When you leave the restaurant, continue on the same main street for two minutes, towards the “Fernesage” market, a popular open market near the “Republic Square” that displays its products throughout the week. This market contains handicrafts such as Armenian carpets, Soviet handcrafted souvenirs and sculptures, delicately carved stones and gifts that reflect the country’s culture and history.
If you are looking for major stores and commercial complexes, you can go to the Mall “Russia” or “Yerevan Mall” and “Dalma Garden Mall” which includes various international brands.

Visit the Cathedral of St. Gregory 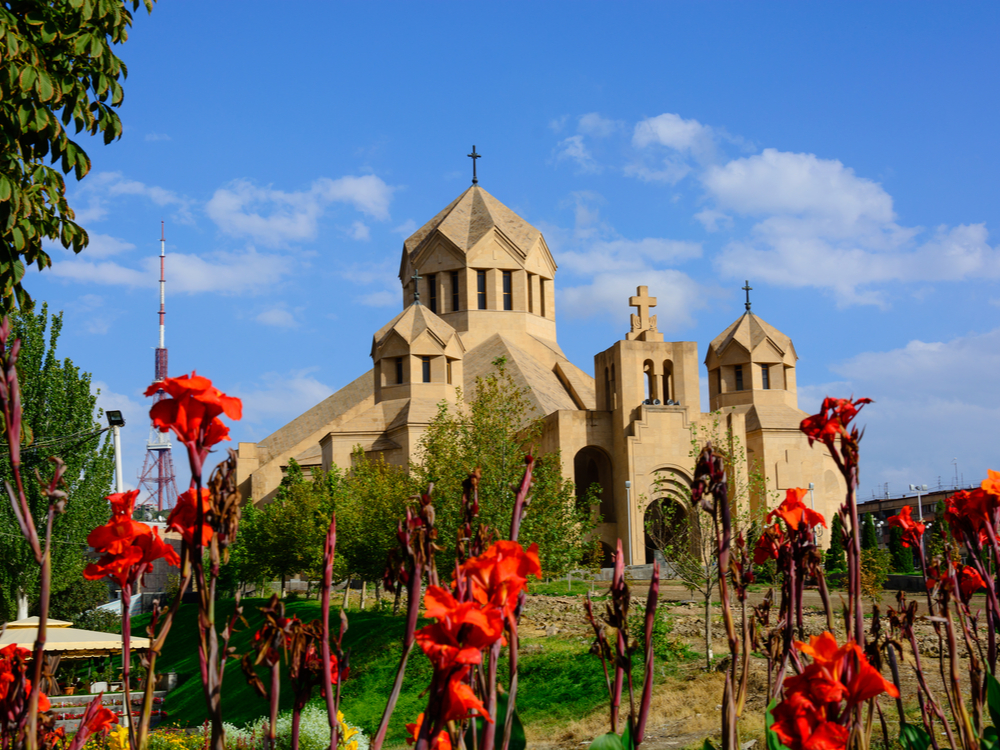 Touring and taking photos in the Republic Square 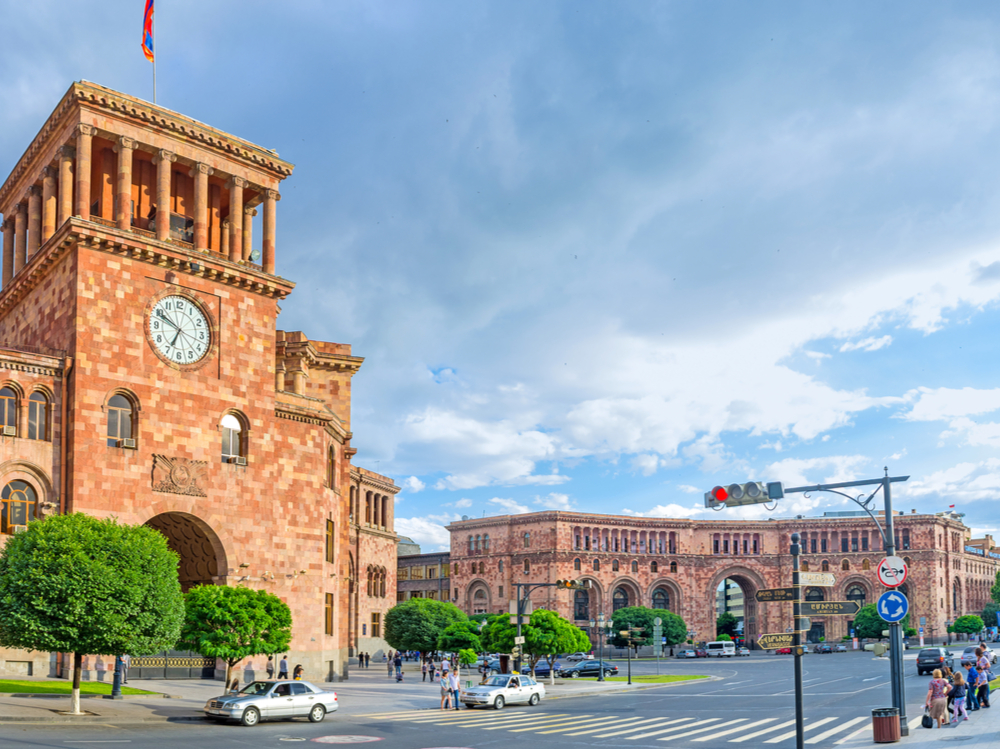 The Republic Square is one of the most important squares in Yerevan and includes a group of historical buildings
Follow the walk from St. Gregory’s Cathedral towards the Republic Square, which is surrounded by five classical buildings and built using volcanic stones and decorated with ancient Armenian drawings, and includes the Government House, History Museum, National Museum, Armenia Marion Hotel and ministries of foreign affairs, transportation and communications.

Explore the exhibits of the Armenian History Museum 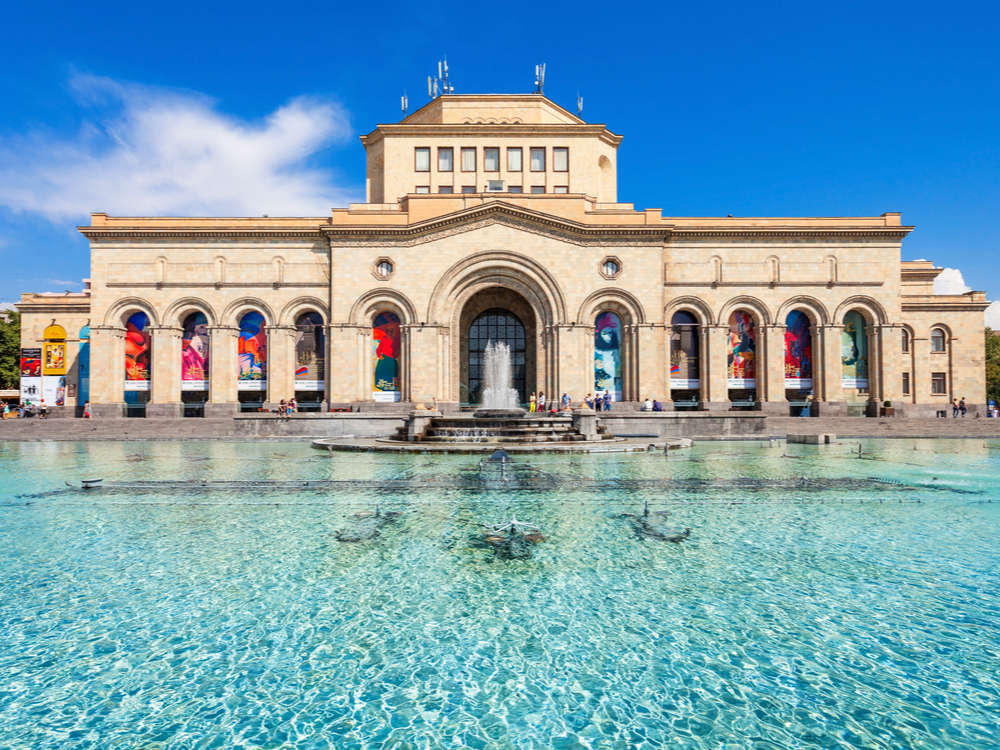 Visit the Museum of Modern Art in Yerevan

The Museum of Modern Art in Yerevan is located in the district of Machdots, 12 minutes from the continuous walk of the Armenian History Museum. This museum was built in 1972 at the initiative of the Armenian painter Henrik Ejetian who also managed it for 37 years.

Have lunch at Tavern Yerevan 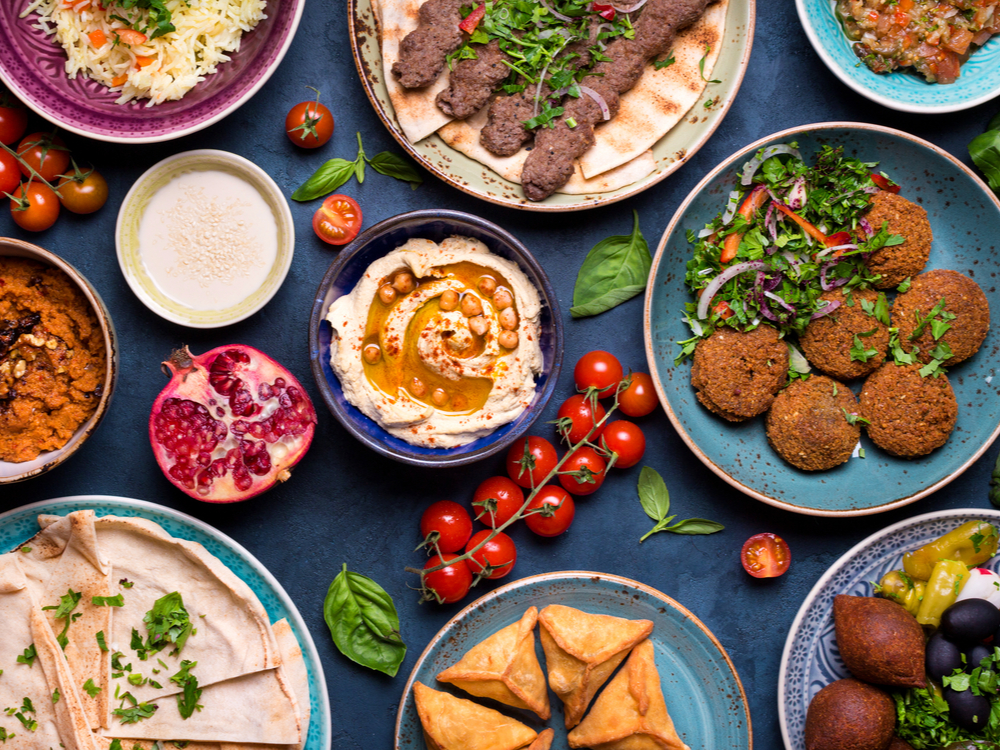 This restaurant includes the most delicious Armenian and Lebanese dishes
Exit the museum towards Mayesian Street and turn left to Emirian Street to reach “Tavern Yerevan”, which offers a wide selection of multiple restaurants such as European and Armenian cuisine, in addition to oriental specialties, delicious Lebanese dishes, and also provides vegetarian food at affordable prices. 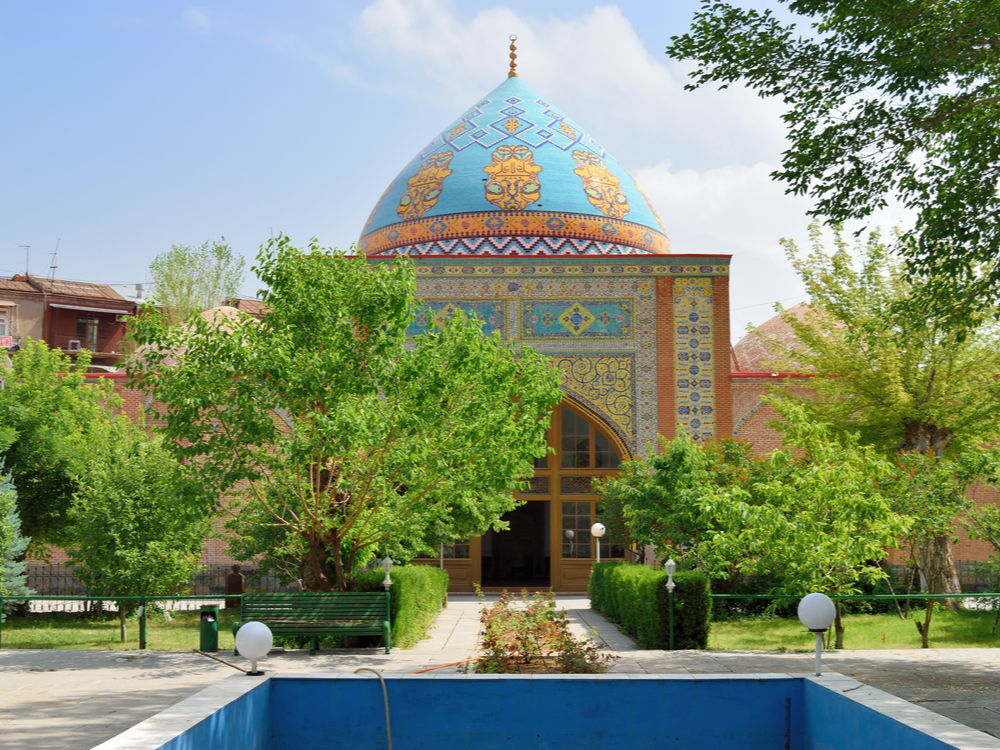 Blue Mosque in Yerevan
After lunch, walk on Amirian Street to Zakiyan Street, until you see in front of you this mosque, which is characterized by its blue color, unique design and beautiful garden. It is also the only kiss of Muslims in this city, as its dome, which is 24 meters away, can be seen. 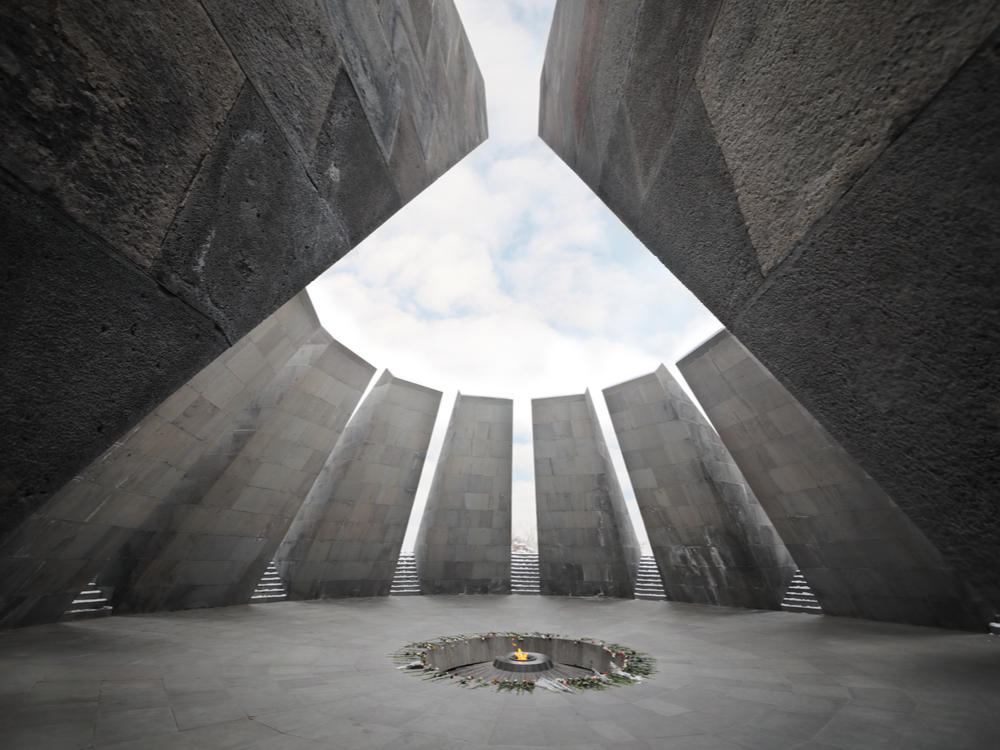 The memorial to the victims of the Armenian genocide that took place between 1915 and 1916
You can then wander around the city’s markets, but if you are not tired and want to continue tourism in Yerevan, we advise you to visit the “Tsetsirnakaberd” hill on which a memorial was built for the victims of the Armenian genocide that took place between 1915 and 1916, and here you can share the Armenians in the laying of flowers as well See pictures and testimonies of people who lived during this period to know a large part of the history of Armenia, and from this hill you can see wonderful views of the city of Yerevan.
Note: Please note that this monument is 3.4 km from the Blue Mosque, and it takes approximately 50 minutes on foot to reach it. However, the hill can be reached within a short time via one of the taxis available in the city.

Return to the Republic Square and watch the dancing fountains 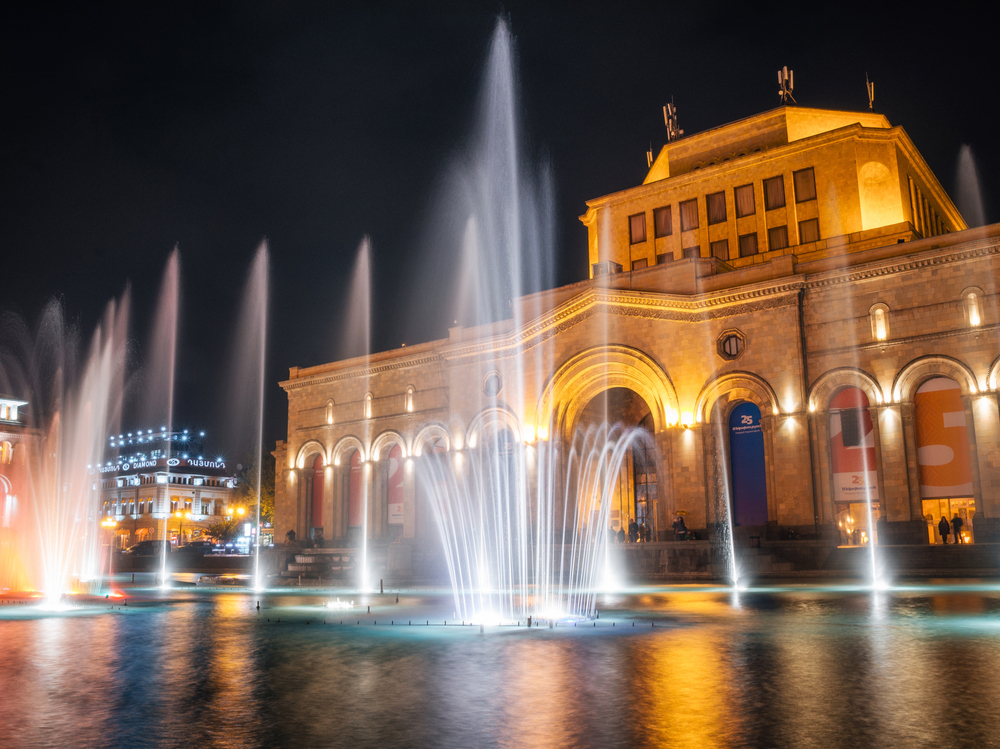 Have dinner at a restaurant Sherep 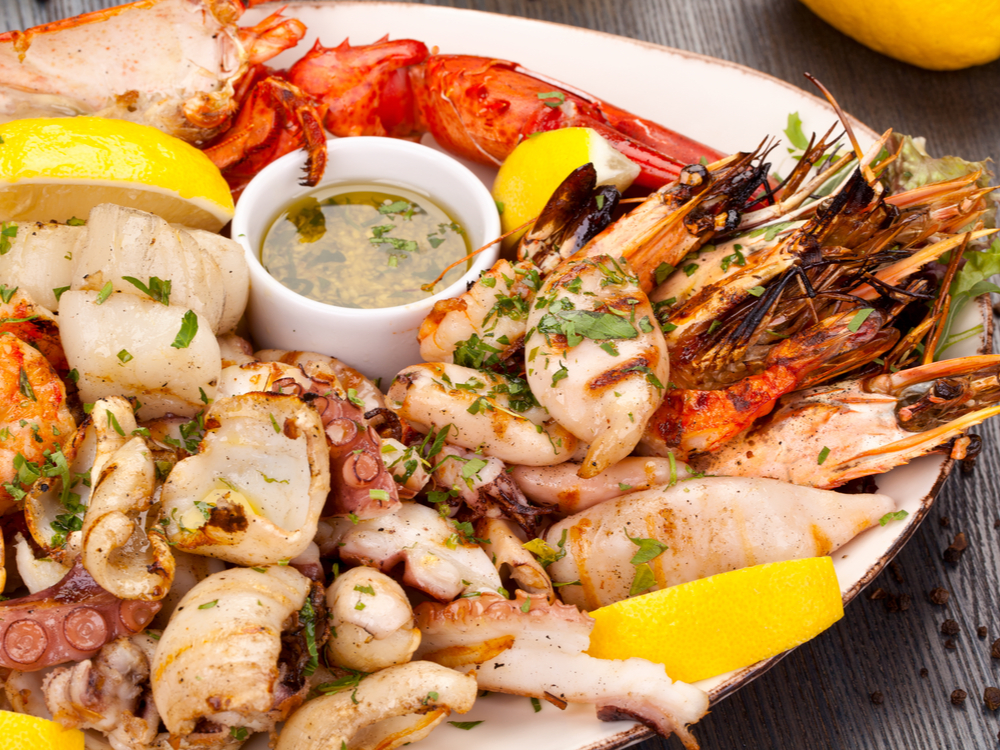 End your tour with a delicious dinner in the “Sherep” restaurant, which is among the best in the city. He combines on his menu between Lebanese, European and Armenian cuisine, and also offers vegetarian and marine options, and he is known for his excellent service, beautiful atmosphere and artistic manner of serving dishes.

Planning to visit Yerevan soon? Did you find this program useful? What other destinations do you want us to write about?

The most beautiful tourist cities in Switzerland

Tourism in the Italian Cagliari .. and your guide to reach the most important tourist attractions in Cagliari ..