The 5 best activities in the city of Zahra, Cordoba

Medina Azahara is one of the prominent places of tourism in Spain, especially in the city of Cordoba, which is the remains of an ancient Andalusian city built by Caliph Abd al-Rahman al-Nasser, and some ruins that introduce you to the architecture of this era still exist today.
The city of Al-Zahra was built at the foot of a mountain and was the seat of the caliphate at the time.

Things to do in Zahra, Córdoba

• As for the second section, it includes the ruins of the guard houses and the entourage, such as the houses of the soldiers, the eastern army corridor, and other landmarks that were discovered over various years.

• Going to the third section, you will meet the most important trace that was discovered in the city of Zahra, which is the Ambassadors’ Hall as it was called, and was intended to receive kings and ambassadors from all over the world.

• One of the important landmarks that you should look at is the ruins of the Jami Mosque, which was an important part of the city of Al-Zahraa earlier. 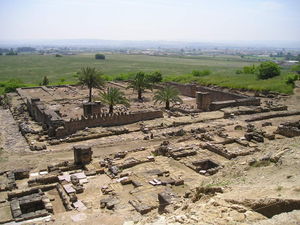 You also have to go through the Zahra City Museum, which is the museum that was opened in 2009 and includes a number of artifacts that have been found in the city in addition to providing and displaying some information about the city of Zahra through Cordoba through this museum. 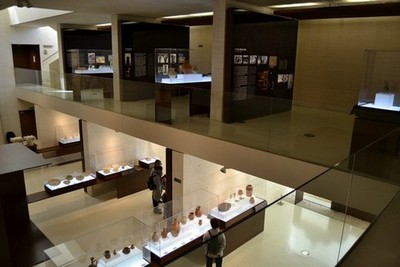 Hotels near the city of Al-Zahra Cordoba

Hospice Palacio del Baileo, a 5-star hotel in Spain, Cordoba, is 7.9 km from the city of Al-Zahra.
Reviews of Arab visitors at this hotel:
Most of the Arab visitors gave him an excellent evaluation of the location, cleanliness and style.

Eurostars Palace, a 5-star hotel in Cordoba, is 7.2 km from the city of Al-Zahra.
Reviews of Arab visitors at this hotel:
Most of the Arab visitors gave him a great evaluation regarding the location, cleanliness and services.

The city of Zahra, Cordoba site

The most important 3 activities in Ankara, Turkey Castle