The 5 best historical doors of Marrakech, we recommend you to visit

Marrakech is one of the most beautiful cities of Morocco and the Arab Maghreb in general and this is due to its importance as one of the best cities for tourism in Morocco next to its economic, commercial and political position.
The city of Marrakesh is characterized by its moderate climate throughout the seasons of the year and it also includes a large number of important tourist, cultural and historical attractions such as the Dar El Si Said museums and the Marrakesh Museum, or palaces such as the El-Badi Palace, the Bahia Palace and the old city, in addition to a large number of shrines, theaters, mosques and other tourist attractions .

Marrakech is distinguished by the presence of a great diversity of accommodations in it, between vacation homes, apartments and hotels of various levels. In the following report, according to the opinions of Arab visitors, we offer you a group of the best hotels in Morocco in Marrakech .. Read more 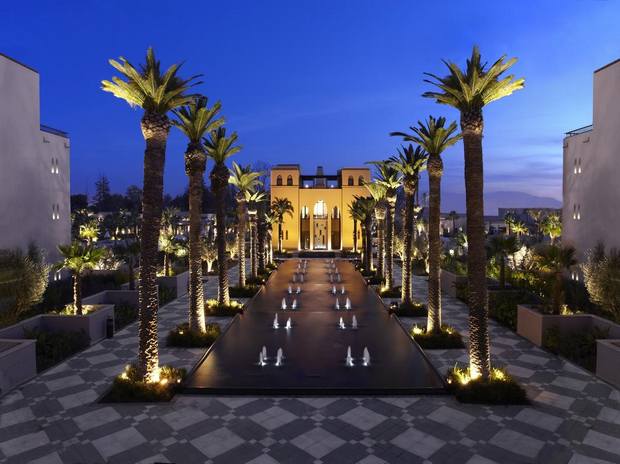 The doors of Marrakesh

The Medina of Marrakech has 10 main gates, whose window is distributed over the wall of the old Medina and the neighboring cities. Most of these doors still exist to this day and it is one of the most important tourist and historical monuments in the city, and in the coming lines we will get to know the most important doors of Marrakesh, perhaps it is your next destination.

It is an internal door to the wall of the old Medina of Marrakesh, separating the Kasbah of Marrakesh from the rest of the city and being its main entrance.
The door is distinguished by its unique Andalusian design and its red color caused by the wind, although the color of its original stones is gray, the door attracts a large number of tourists throughout the year in order to view it closely and take memorial photos.

The door of the Lord

This door was created in the era of Almohads and the purpose of its ancient establishment was to enter alcoholic beverages into the old Medina of Marrakesh, and this door is currently one of the most prominent tourist attractions in the city.

It is the most crowded gate in Marrakesh, and it is located to the west of the old city. This door connects the famous Mamounia Palace, which is the most important tourist attraction in Marrakech, and the neighborhood of Ifranej.

It is one of the most preserved doors in Marrakesh. Since its establishment in the twelfth century AD, this door connects the river with the tanneries area located inside the old Medina.
The door is distinguished by its emergence slightly from the city wall, unlike the other doors, and you need to pass through it to rotate five times, as it is the most complex door of Marrakesh.

The best 8 activities on Arab Street in Hamburg