The 6 best activities in Al Hokair Land in Riyadh

One of the most famous amusement parks and tourist places in Saudi Arabia in the city of Riyadh is Al Hokair Land because it contains many recreational games in addition to green spaces, facilities, restaurants and others.
Al-Hokair Theme Park in Riyadh is distinguished by its distinctive exterior and interior design, and it is also distinguished by its features on figures of the most famous international monuments. It is located in the eastern ring district of Riyadh.
It is worth noting that this theme park has a section for women only, which made it one of the best amusement parks in Riyadh.

Activities you can do inside Al-Hokair Theme Park in Riyadh

• As Al-Hokair Theme Park in Riyadh enjoys vast green spaces, you can take a walk inside the park to enjoy the green and nature of the city, you can also wander around the lake and enjoy watching and taking pictures next to it. 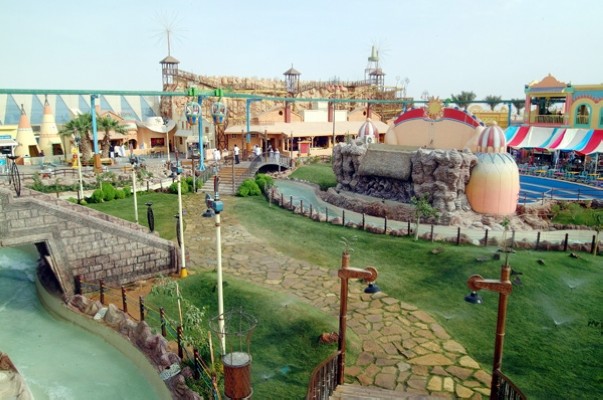 • You can also go around to see the miniatures of the most important and famous landmarks in the world, such as the Eiffel Tower in Paris and many others. You can also take pictures next to those landmarks. 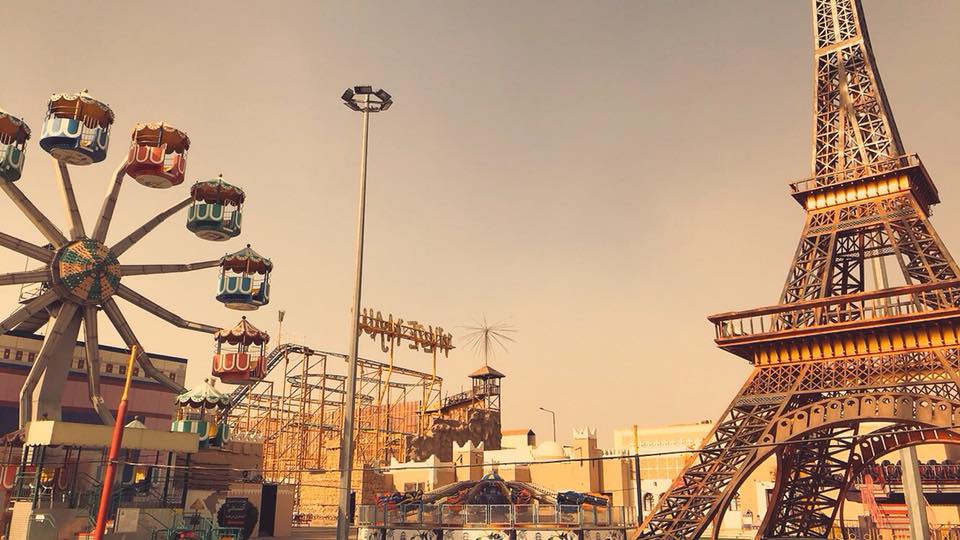 • There are also closed halls for playing, including a ski hall and another hall for electronic and electrical games, in addition to multi-dimensional cinemas.

In addition to entertainment, Al Hokair Land includes a number of other facilities such as markets and shops, among which there are the most famous brands of clothing, accessories, shoes, etc., which makes it a good opportunity to shop.

• Of course, Alhokair Land in Riyadh includes a large number of local and international restaurants as well as fast food restaurants that offer you a variety of dishes that satisfy different tastes.

Everyday from four in the afternoon until twelve in the middle of the night.

99 Saudi riyals.
Children under the age of four are free of charge.

Tiara Riyadh Hotel, a 5-star hotel in Saudi Arabia, Riyadh, is 2.7 kilometers from Al Hokair Land in Riyadh.
Reviews of Arab visitors at the hotel
Most of the Arab visitors rated it very well for its location, cleanliness and quietness.

Vivienda hotel villas Granada, one of the best 5-star hotels in Riyadh, is 2.9 km from Al-Hukair Land in Riyadh.
Reviews of Arab visitors at the hotel
Most of the Arab visitors gave him an excellent evaluation of the place’s cleanliness and good services.

The 3 best activities in the Snow City in Riyadh