The 7 most beautiful places of tourism in Duba

The city of Duba or the pearl of the Red Sea as it is called the people of the Kingdom, it is that small city overlooking the northern Red Sea coast that enjoys natural beauty, and picturesque views represented by green valleys and rocky mountains that embrace the coast of the sea.
The city of Dibba is located in the Tabuk region, and it was long known for being the safe harbor for commercial ships and fishing, as it owns many tourist attractions in Duba, archaeological shrines, and parks of charming nature, while it has a diverse tourism dome that attracts tourists from different countries, which gave it great importance from Among the tourist cities of Saudi Arabia.

The best of Duba hotels

The city of Duba has a distinguished group among the hotels of Saudi Arabia, which overlooks the wonderful city and its charming nature. It also includes the finest rooms and suites equipped with the latest facilities, and also provides the best services. Below, we will display a list of the best hotels in Duba according to the reviews of Arab visitors .. 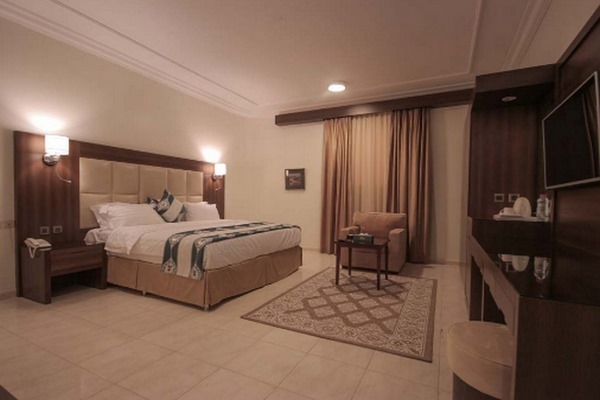 One of the most important tourist attractions in Duba, whose construction dates back to 1933 AD during the reign of King Abdul Aziz in the stage of establishing the state as the seat of government in the region, it is distinguished by a great location on a high plateau, which gives it the best views of the city of Duba and the coasts of the sea.
It was built of limestone in the Islamic heritage style of this region, and was also restored to be a tourist facility, allowing its visitors an unparalleled panoramic view through 4 high towers, in the middle of which is a courtyard with a number of rooms, in addition to the Grand Mosque in the castle. 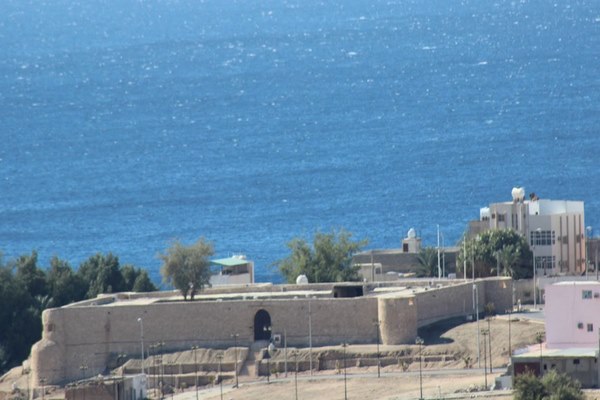 The rhythm of Duba fountain

The rhythmic fountain is one of the most beautiful places of tourism in Duba and the most attractive for tourists, which possesses stunning beauty and delightful views, as it is characterized by its amazing location on the Red Sea coast, which gives it the greatest tourist importance, where visitors enjoy the fountain of Duba with its dazzling colors. Memorial photos next to it. 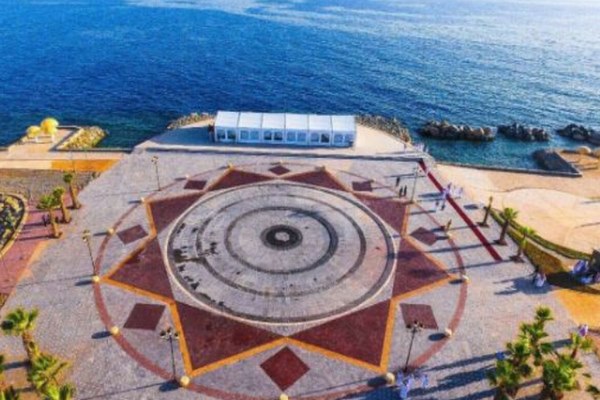 Prince Fahd Mosque is the largest mosque in Duba Saudi Arabia, and one of the most beautiful religious and tourist attractions that decorate the city and give it a splendor and splendor, surrounded by gardens with a wonderful view.
It is characterized by a wonderful and unique design and is known as a rare architectural dora that boasts a duba, with 3 domes in the form of broken ribs, while the minarets rise 28 meters in the sky, while an area of ​​15 km consists of two floors, and the mosque accommodates more than 1500 worshipers, the mosque houses the mosque For women on the upper floor, Imam’s residence, the mosque, and parking. 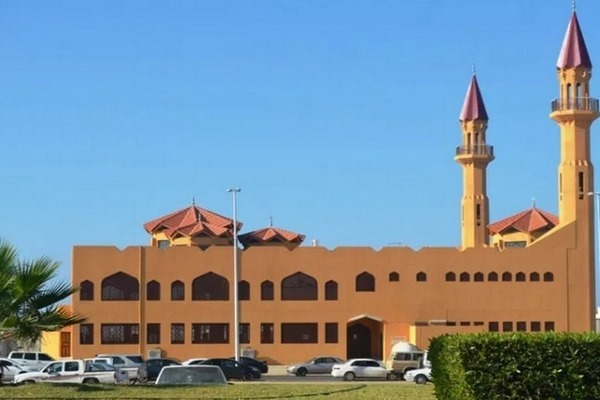 The best places in Duba, which are considered the most important refuge for the inhabitants of the region and one of the most beautiful recreational places for visitors from outside the city, because of its delightful green spaces mixed with varied flowers in bright colors and high trees, as surrounded by mountains covered with grass, in a wonderful palette of amazing beauty of nature.
The Libra Park also has comfortable seats, while lovers of walking and jogging provide dedicated paths for them, and a large area for children’s games that gives them joy and joy. 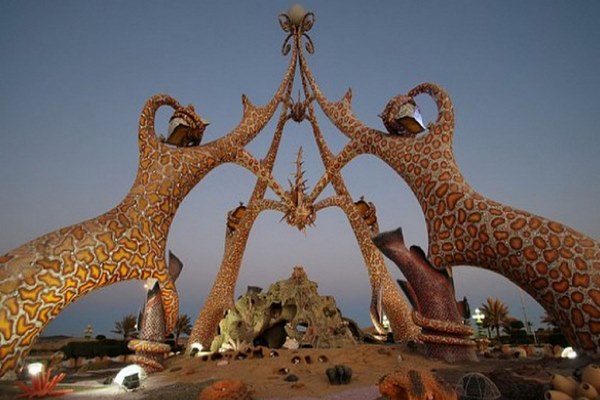 Completing the march of magic and beauty in this special city, and in one of the most beautiful places of tourism in Duba, the most enjoyable and magnificent, enjoy the amazing nature and fresh fresh air, with a turquoise water page, this is all you need to spend perfect times with family or friends.
The Duba Corniche features comfortable seating with sun protection umbrellas, places for children’s games, for everyone to enjoy their special pleasure in this unique place, and you cannot miss sunset and take pictures of souvenirs. 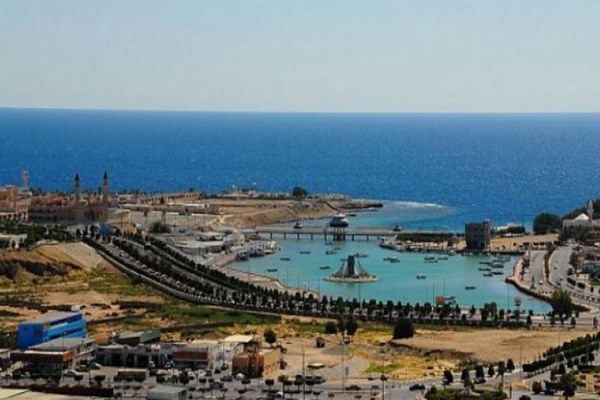 The area of ​​the effects of Duba

One of the most important tourist attractions in Duba, which is characterized by its magnificent location, it is located above the Duba Valley and is decorated with inscriptions of Kufic art dating back to the second century AH, in addition to four folded wells of limestone, known locally as the Royal Wells, you will feel in this region the fragrance of history, the originality of the city and its longevity . 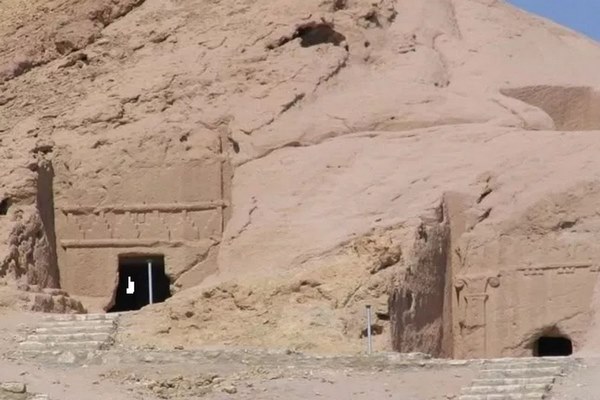 One of the oldest monuments that narrates the ancient history of the country, and is one of the most important places of tourism in Duba, the castle is located south of the city, and the history of its construction dates back to the era of the Mamluks and is the only archaeological monument remaining from this era.
The castle of Al-Azmal was famous for its being one of the stations of the Egyptian pilgrims in the Mamluk and Ottoman eras. The castle also consists of a large courtyard and a number of rooms of various sizes in a distinctive architectural design. 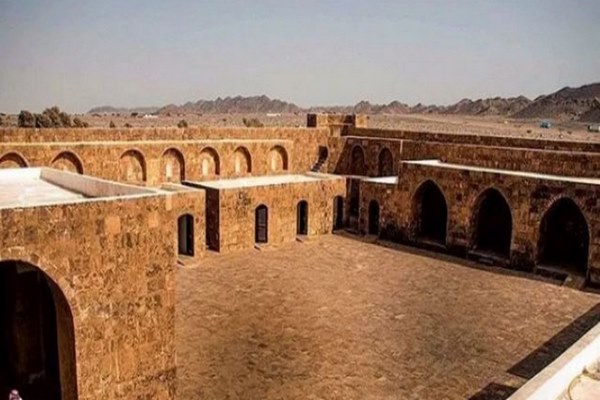