The best activities in the Bahia Palace Marrakech

• You can walk outside the palace to see the art of building it from the outside and how to decorate its walls and its beautiful distribution.
• Then you can start wandering inside the palace, where you can start by visiting the small Riyadh wing, which is considered one of the distinguished wards inside the palace.
It is characterized by its building, similar to the antique schools, in terms of corridors topped by wooden friezes decorated in bright colors with natural materials.
Each of the palace’s wings is separated by small green gardens. 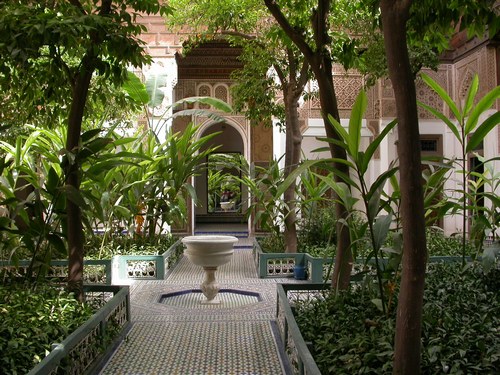 You can also visit the Great Marble Square, which is a large courtyard and one of the largest palaces in the palace, surrounded by corridors consisting of 52 wooden columns. 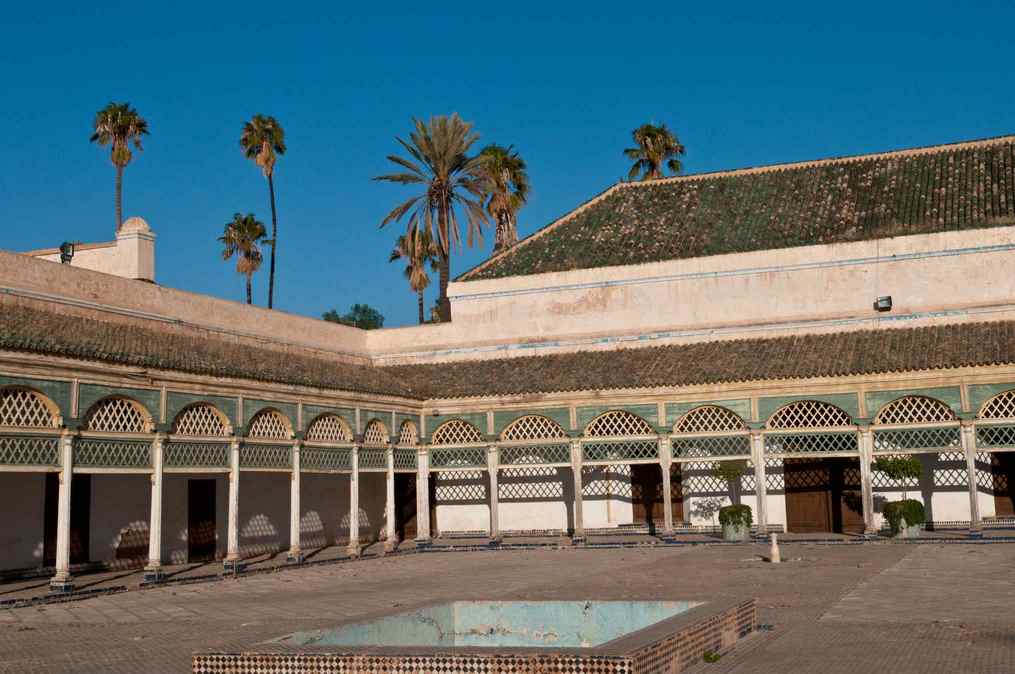 The floor is made of marble, and it has three fountains, one of which is in a small tank. This part is often used for concerts and plastic exhibitions.
You can also visit the northern Great Hall, where there are poetic verses engraved on plaster.

The times of visiting Bahia Palace in Marrakech

Bahia Palace Marrakech is available for visiting all days of the week from 9:00 am until 16:30 pm.
Entrance to the palace is free and may require a small amount, depending on the tourist season.

The best hotels near the Bahia Palace in Marrakech

The Palace of Art Hotel and Riad, Marrakech is a 5-star rating among the best Marrakech hotels. It is less than a 10-minute drive from Bahia Palace Marrakech.
Summary of Arab visitor ratings
The hotel received great reviews in all respects, especially the location and services.

Les Jardins de la Koutoubia is a 5-star hotel, considered one of the best hotels in Morocco, Marrakech, less than 15 minutes by car from the Bahia Palace.
Summary of Arab visitor ratings
The hotel is rated great for location, cleanliness, staff, comfort, and breakfast.

The best 3 activities in Marrakesh Museum of Morocco