A pleasant trip in the italyn city of Salerno

The statue of Memnon Luxor, or as they were previously called singing statues, which is one of the most beautiful landmarks of tourism in Luxor, where they were famous in ancient times for the issuance of sounds unknown the reason at dawn, and with the passage of time, scientists interpreted these sounds as a result of the passage of air through the pores of huge stones Time to sleep.
The statues of Memnon of Luxor are located on the western mainland, on the road to the Tomb of Thebes in Luxor in the Valley of the Kings, where they receive visitors from the eastern bank of the Nile, and embody the pharaoh Amenhotep III and his wife Tiye, and they were made in the fourteenth century BC, with a height of each of them reaching up to About 22 meters, it is one of the most important tourist attractions in Egypt.

Things to do when visiting Memnon Luxor Statue

• Independence of the ferry from the eastern bank of the Nile to reach the good cemetery in the modern city of Luxor, where you will be greeted by the giant statue of Memnon Luxor.

Read:Report on the Saint Luxor Hotel 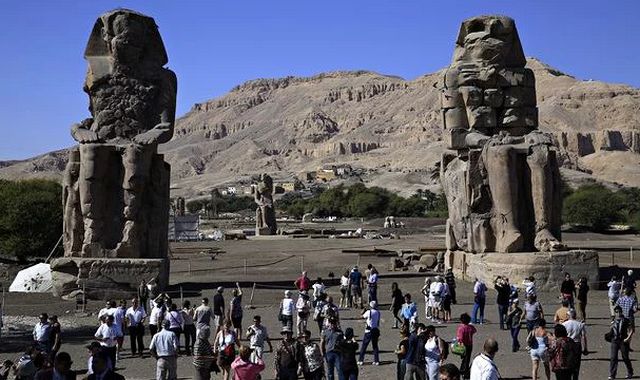 • Watching the Memnon Luxor statue closely and getting to know their history and the legends that are told about them, which are a pair of huge statues made of stones. 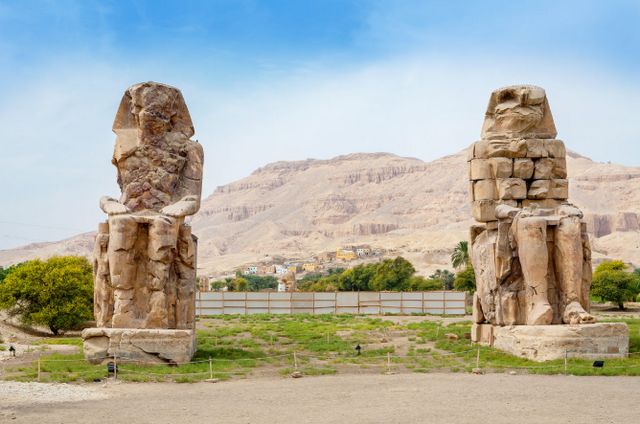 • Close to the statue of Memnon Luxor, just steps away, you can visit the heads of Luxor and enjoy the collective art, where you can watch and listen to the finest arts of music and singing. 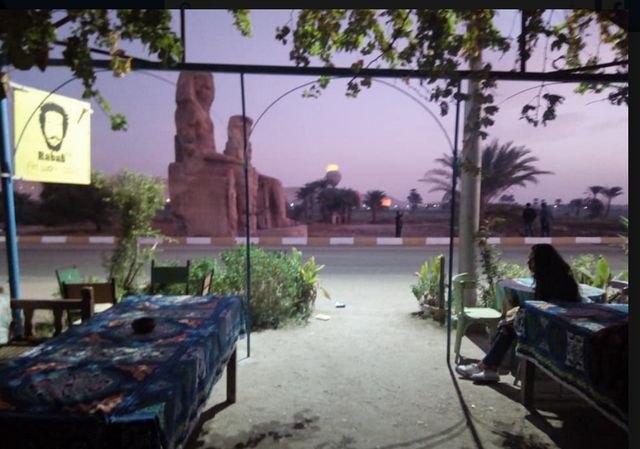 • Before leaving the West Bank, you can also visit the Valley of the Kings of Luxor and see the most famous tombs of the Kings of the Pharaohs, as it is located steps from the statue of Memnon and on the same way to return to the eastern bank of the Nile River. 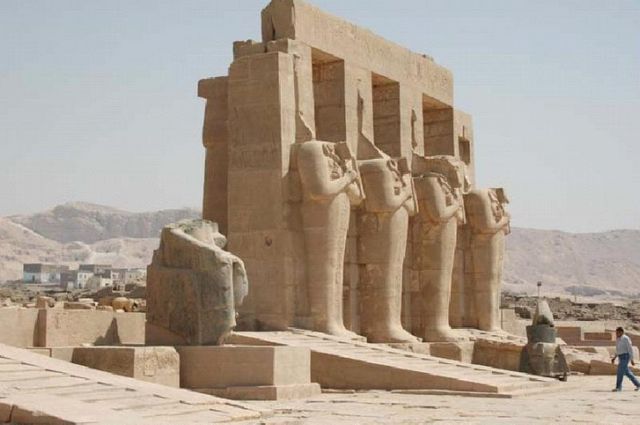 New Memnon Hotel is one of Luxor’s best 2-star hotels, located in the West Bank and only 100 meters from the Memnon statue.
Summary of Arab visitor ratings
The hotel has an exceptional rating for its great location, cleanliness, comfort, staff, free Wi-Fi, amenities.

Memnon Hotel Luxor is one of the best 2-star hotels in Egypt, just 10 meters from the Memnon statue.
Summary of Arab visitor ratings
The hotel has not yet received ratings.

Top 5 activities when visiting Luxor Valley of the Kings

The most important tips before booking Luxor hotels

Report on the Raha Abha hotel

A report on Kuwait Aquamarine Resort

The 5 best water parks in Istanbul