Mostaganem is a coastal city overlooking the Mediterranean coast and the Algerian Gulf, and it is one of the most popular tourist cities in Algeria. Tourism in Mostaganem is primarily a summer beach tourism, as it is well known among the residents of the city and the neighboring cities, and even among tourists from different countries that appear to the world as well.
This is in addition to the historical and archaeological sites of a military and religious nature that are included in the tourist city of Mostaganem, and it is one of the most important and most popular attractions in it.
During the article, we review with you the most important tourist areas in Mostaganem, Algeria, as well as the best tourist places in Mostaganem to suit different tastes.

Mostaganem has a number of the best hotels in Algeria and the ideal resorts to host individuals and families with different prices and luxury services that suit different possibilities. Arab visitors who have previously lived in these hotels .. Read more 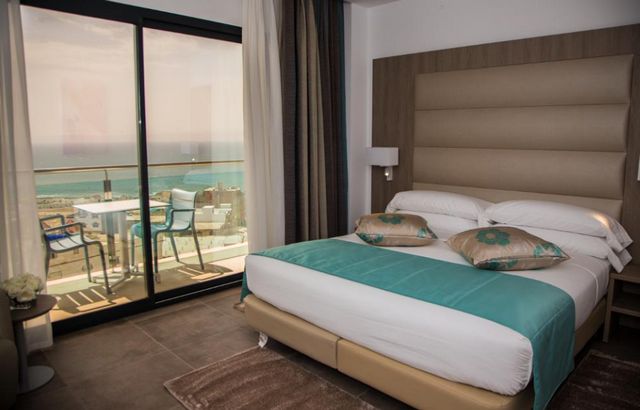 The most important tourist places in Mostaganem

The city of Mostaganem Algeria includes a number of the most important regions and tourist places in the country that satisfy different tastes, and can be monitored in the following locations:

One of the most important tourist places in Mostaganem, which dates back to the Ottoman era, specifically during the period from the 16th to the 18th century, and it serves as a military reconnaissance tower located at the eastern edge of the city and oversees several historical neighborhoods are the landfill and Tjdit from the west and the bar from the east. 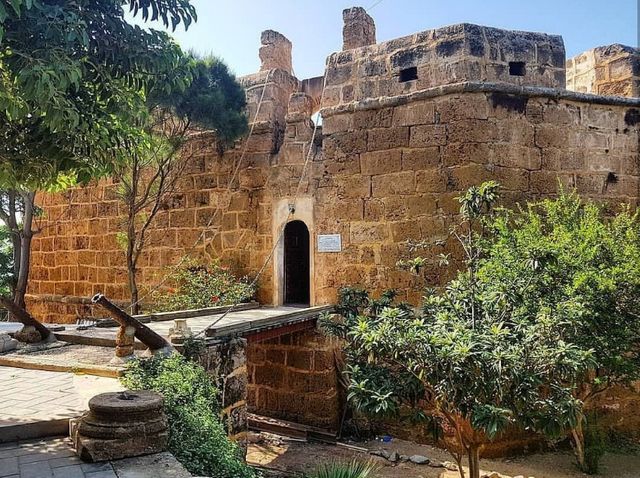 The historical religious tourism in Mostaganem is a popular tourism that attracts large numbers of local tourists and expatriates from different countries to enjoy visiting the Ottoman monuments in the tourist city of Mostaganem, the most prominent of which is this mosque dating back to the year 1340 AD during the reign of Sultan Hassan bin Saeed Al-Marini.
The mosque is characterized by its spacious spaciousness and its three arched gates, which lead to the ablution room, prayer hall, and the center for teaching the Qur’an, in addition to the women’s prayer hall.
The historic mosque, which witnessed several renovations, the largest of which was in 2004 after witnessing the destruction during the era of French colonialism in the country, is also famous for its domed dome in its semi-circular dome and its adjacent marble witness and documents the history and details of its construction. 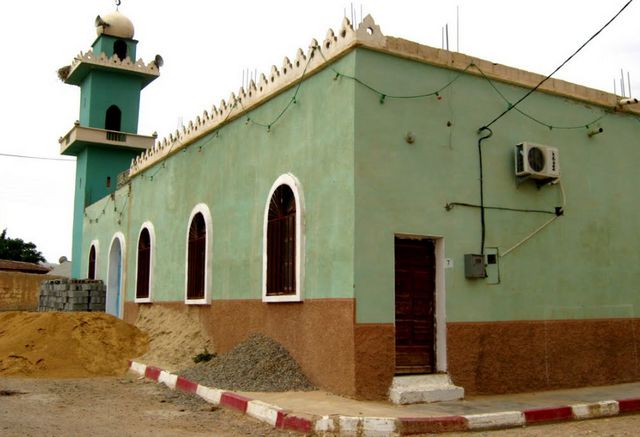 The town of Sidi Al-Khader Benkhlouf

It is one of the most famous tourist areas in Mostaganem that attracts large numbers of tourists who prefer Mostaganem as a tourist and religious beach visit.
The state includes about 23 public beaches and is open to the public. The beaches of Ain Ibrahim and the small port of Sidi El-Khadr Benkhlouf are among the three most famous beaches of Mostaganem, Algeria. Spectacular clear waters, pure sand and great opportunities for water and beach sports entertainment that attract children and teenagers.
The town also includes a mosque and a mausoleum bearing its name, and they belong to one of the righteous Awliya of God who grew up and grew up in the city of Mostaganem and their number reaches 300, during which you can visit the town in the summer, specifically in August, to attend the annual birth of Nakhlouf and enjoy horse shows, lyric arts, folk joys, gunpowder and poems Noodles all night for 3 days. 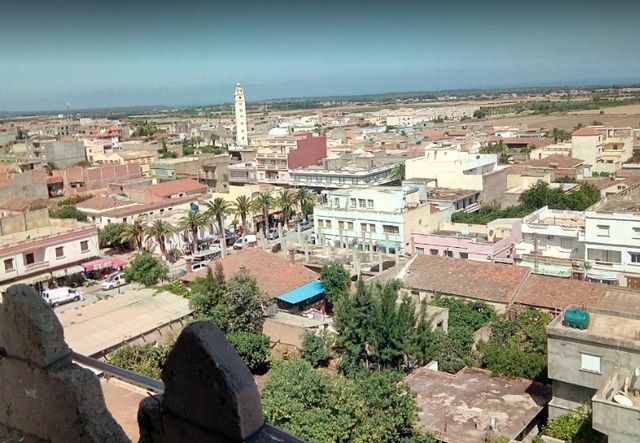 Tourism in Mostaganem is also a historical cultural tourism. The fortress dating back to the era of the Ottoman caliphate in Algeria, which was built to fortify and protect the city from the attacks of the enemies at the time, is linked to six doors and fences for observation, the most important of which are: Bab al-Maskar, Bab al-Arsah, Bab al-Mursi, Bab Mujahir.
The fort is located above the hillock in the archaeological district of Mostaganem in Mostaganem. It also bears the name of the Fortress of the Orient or Fort de l’Ast. It is one of the most important monuments recommended to be visited in Mostaganem. 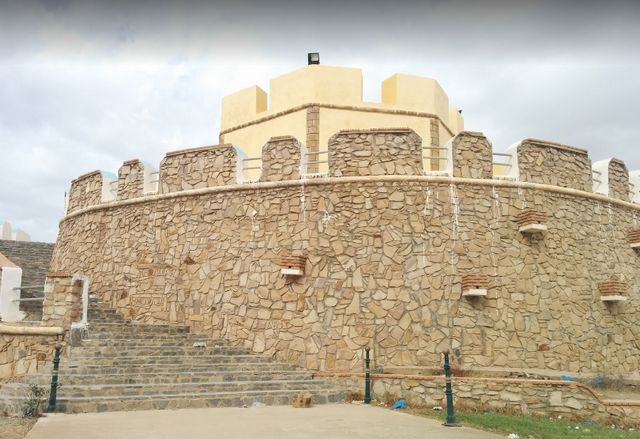 Mostaganem tourism is mostly summer beach tourism, with its picturesque clear beaches attracting a large number of local tourists or residents of neighboring states or even foreign tourists from the country’s immigrants or from different countries of the world.
The pilgrims beach is one of the most important tourist areas in Mostaganem that enjoys this aura because of its distinctive rocky nature with fine golden sand covered with dense green forests, a coast teeming with service sites such as modern restaurants and cafes and small stores to collect gifts and some famous local goods, with the possibility of swimming or sunbathing Or relax on the deck of a sailing ship.
Perhaps the most important characteristic of the beach is its satisfaction with the desires of different visitors of all ages, if you are looking for a quiet summer vacation and hours of relaxation, you are welcome in the quiet secluded part, or if you have come to Mostaganem tourism and spend a fun vacation with friends, you will find your way. 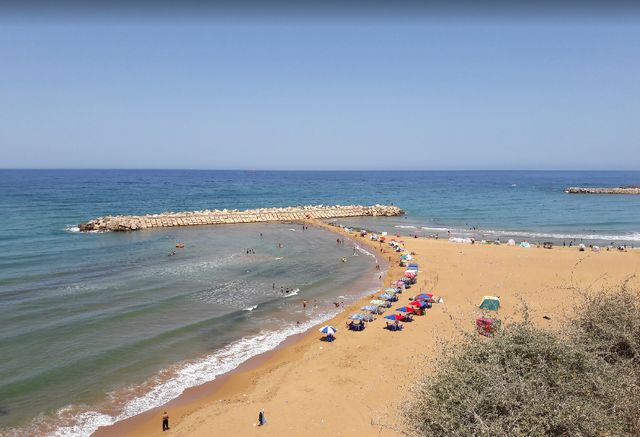 The fame of Mostaganem may be beach tourism, but those who do not know much about it may miss a visit to its ancient archaeological sites, some of which date back to the era of the Ottoman Caliphate in Algeria, such as the Cape Levy Lighthouse, one of the most popular tourist attractions in Mostaganem, which is 25 km away from the state to the northeast .
The importance of the lighthouse as one of the most beautiful tourist places in Mostaganem, Algeria comes from the extension of its light beams that reach the port, 22 nautical miles, up to 18 meters above sea level.
Previously the lighthouse was used to guide the Ottoman ships of the port during the invasions, now a tourist attraction that tourists pass during their visit to the beaches and port of the charming city of Mostaganem. 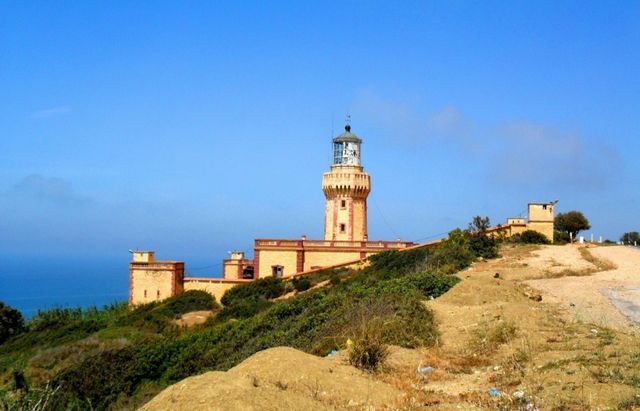