The list includes the best recommended chalets in Riyadh 2022

Where is the city of Hebron located?

The best places in Dubai for the New Year holidays 2022

Report on the Krebs Hotel Interlaken

The city of Evian is one of the most beautiful tourist destinations in France and ideal for hiking and entertainment for all family members, as it contains many tourist places that give visitors enjoyable times in an atmosphere of purity and calm.
But it is a city full of secrets and adventures that every tourist must know before traveling to tourism in Evian so we will give you insight into all the pleasures of the French city of Evian so that you have an intellectual content about the city in its entirety, then you can pack your luggage and head there.

Evian is a city replete with hotels and hotel apartments that meet the needs of visitors with hotel facilities and services, and works to provide the finest elegant modern accommodations, and is distinguished by its strategic location near the most important historical and cultural monuments, learn about the best hotels in France in Evian through the following report. . read more 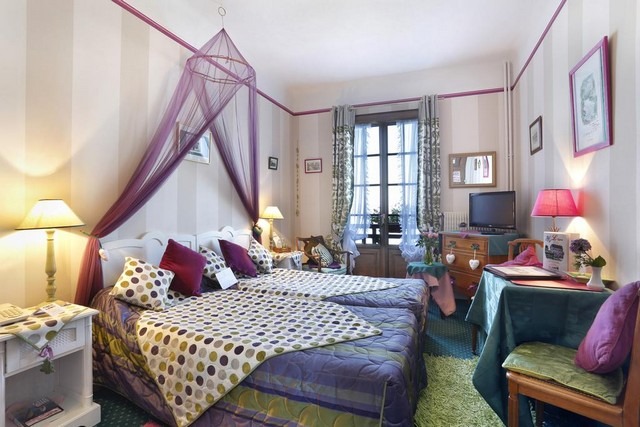 The most important tourist places in Evian, France

There are many tourist attractions in Evian, France, which we will show in the coming lines to know the most important attractions of the city of Evian, which has a wide reputation among Arab visitors.

It is one of the most distinctive landmarks of Evian. When Evian is definitely said, your thinking will go to the fresh mineral water that Evian exports to all parts of the world, which is famous as one of the best types of fresh water globally.
It is one of the most famous places of tourism in Evian and near it, there is the Evian Thermal Resort, which works to attract millions of tourists to take advantage of the thermal water in treating many skin diseases. 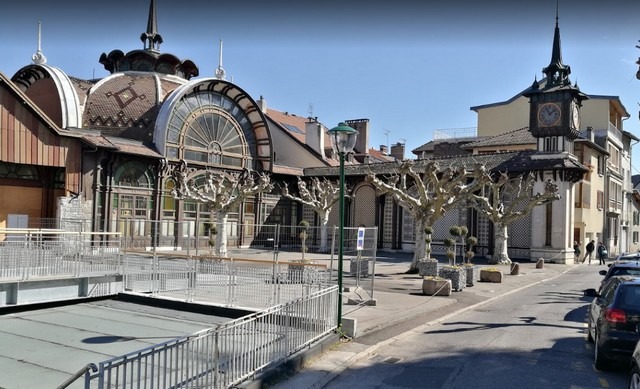 This palace is distinguished by its bright views of Lake Geneva, and it has a civilized history full of accomplishments, so it is intended by many tourists because it is one of the most important cultural and artistic centers in the city of Evian, as it is one of the most important places of tourism in Evian surprising.
It includes many photographs, paintings, and stone carvings, and it also creates many art galleries every year that host large groups of talented people worldwide. 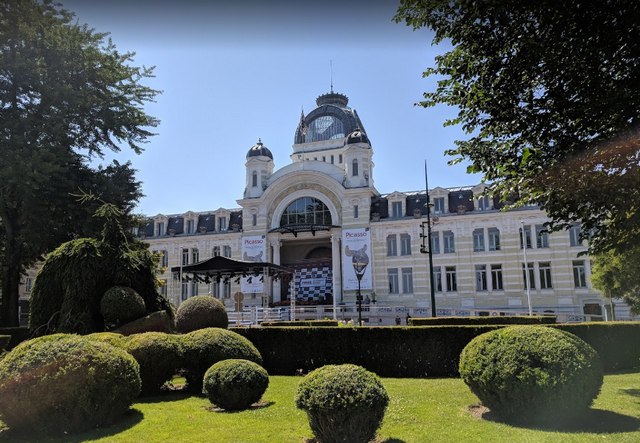 One of the most magnificent tourist attractions in Evian, France, where it is reached by riding a solar powered boat that crosses Lake Geneva until it reaches this dazzling park that pleases the eyes of the spectators.
The Rio Koryo water park contains many rich nature manifestations from mountain streams, ponds, swamps, flowering roses and lush plants scattered everywhere in the garden. 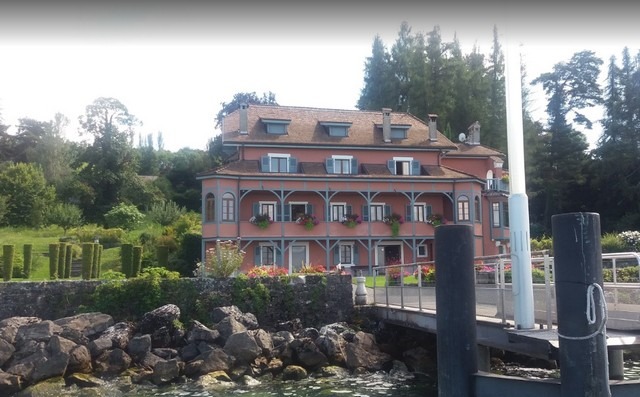 The house of Gribaldi

It is one of the most important attractions that tourists come to every year to see the archaeological remains and historical archives of the city of Evian, where they are highlighted so that the history of Evian remains engraved in the minds.
Many art galleries, which include large groups of schools, are given to give children an introduction to the city of Evian, and many art workshops, conferences, and exhibitions are held. 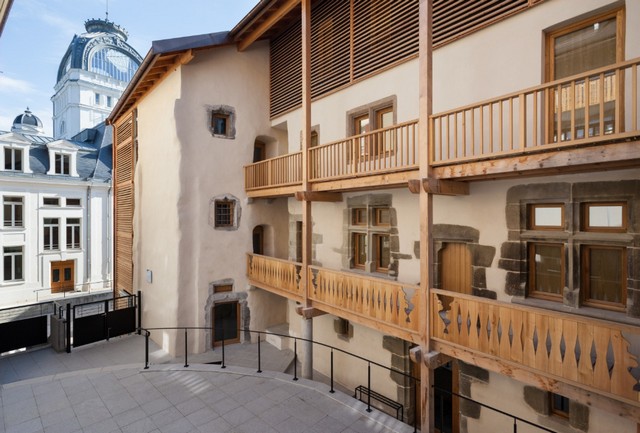 This park includes fascinating landscapes of high mountain plantations overlooking the fresh lakes, which includes the wealth of the city of Evian mineral water, so it is one of the most prestigious tourist places in Evian France, which attracts lovers of calm and mental clarity.
Everyone who visits the Geo Park will marvel at the forms of rocks of the Alps formed by erosion, and it is one of the oldest historical places that are unique to its stories and myths. 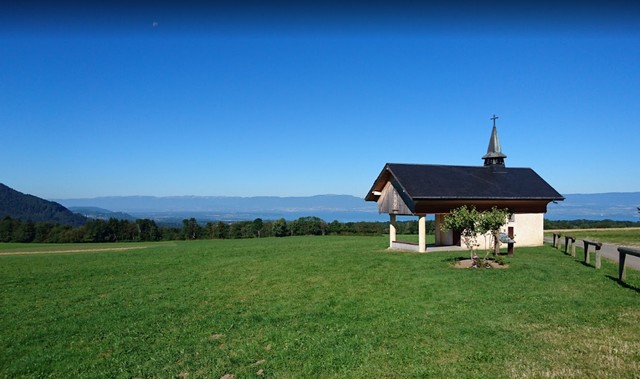 This place holds many mysterious legends, and attracts thousands of tourists annually to get to know first-hand the mysteries of this strange place, it was formed by a landslide and has been exploited and made a large bridge so that visitors can enjoy walking tours and see its amazing nature.
It is considered one of the most important places of tourism in Evian, where the journey of the Devil’s Bridge strait begins from the middle of the picturesque beech forests until visitors reach the canyons and gorges formed by erosion. 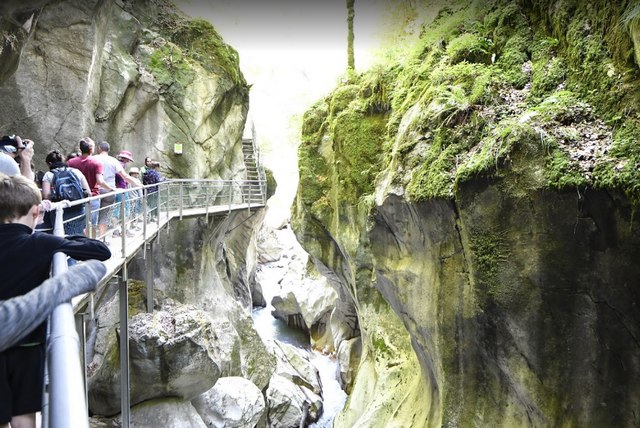 It is one of the most important tourist attractions in Evian, as it is a landmark for war dead, so it attracts huge numbers of visitors daily.
It is a huge pillar topped with a winged victory statue, and in the middle there is a statue of martyrs of war, and at the bottom there is a statue of a woman with her young children, and this monument has been carved out of granite. 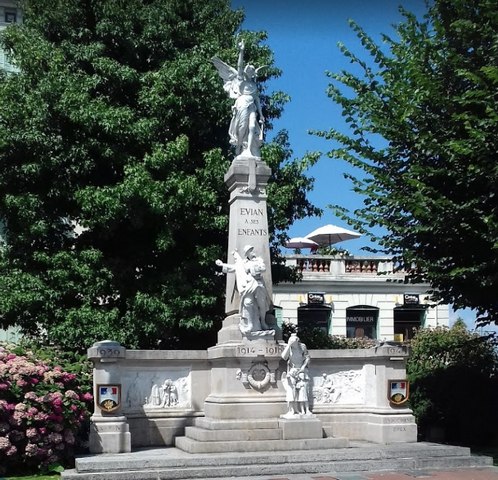 Report on the Gloria Hotel Medina

Report on the advantages and disadvantages of Fraser Hotel Istanbul

Where is Big Ben?