Alanya Turkey is a coastal city overlooking the southern coast of the Mediterranean facing Turkey, while it is located 130 km east of the city of Antalya, and compared to other Turkish cities, Alanya enjoys a tourist leadership and an important source of attraction to tourism in Turkey, because of its archaeological sites dating back to ancient times. Stunning and scenic landscapes, attractive beaches and exciting activities have their own pleasures in Alanya Antalya alone.

Thanks to its charming coastal nature, the city of Alanya in Antalya owns a series of high-end hotels and beach resorts, despite the varying level of its hotel services to suit the capabilities of the guest, but in all cases it targets its pleasures .. Read more 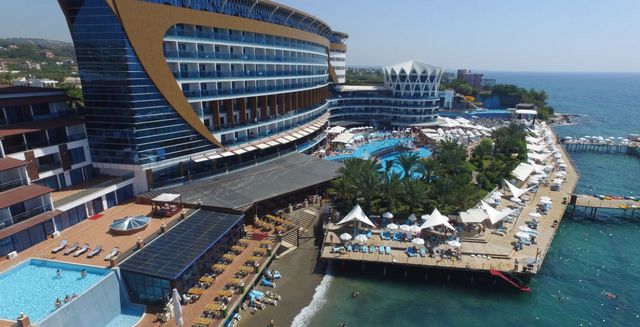 It is one of the most important tourist places in Alanya that attracts the attention of thousands of tourists, as it attracted the attention of UNESCO to its inclusion of world heritage sites thanks to its ancient history as a fortified protector of the country, which dates back to the 13th century and in other sayings to the third century before AD along with its amazing views of the city. 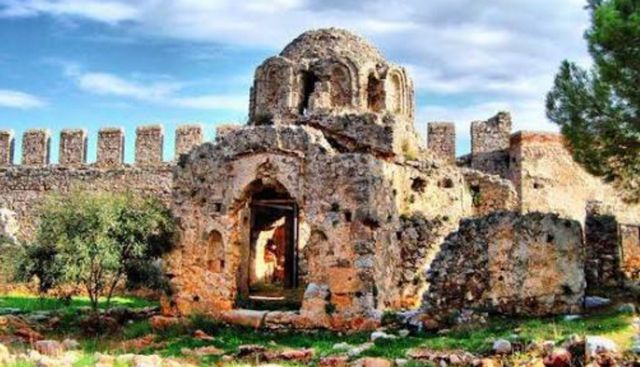 It is one of the most important landmarks of tourism in Alanya, Turkey, where the museum explains the deep periods of the history of the Turkish city of Alanya through a large group of statues carved with giant stone bases dating back to the Roman and Byzantine civilizations, perhaps the most famous of which is the statue of Hercules. 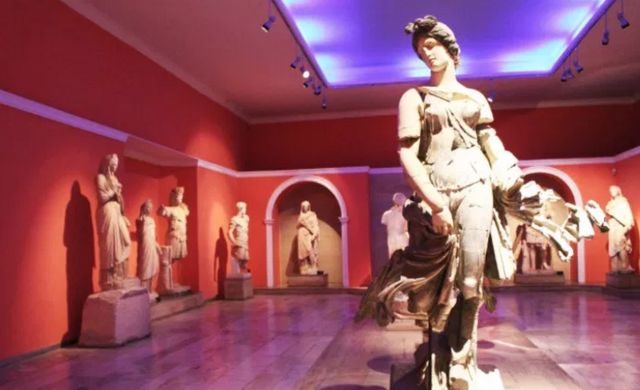 It is a sign of Alanya Turkey, which attracts the attention of tourists from everywhere. The monument located in the port area represents the first president of Turkey and the founder of its modern state, Mustafa Ataturk.
But there is something that distinguishes the monument more from a tourist than its owner, which is its creative construction and the lights that decorate it and the surrounding landmarks during the night hours. The monument is also an excellent opportunity to visit the nearby port and the old shipyard. 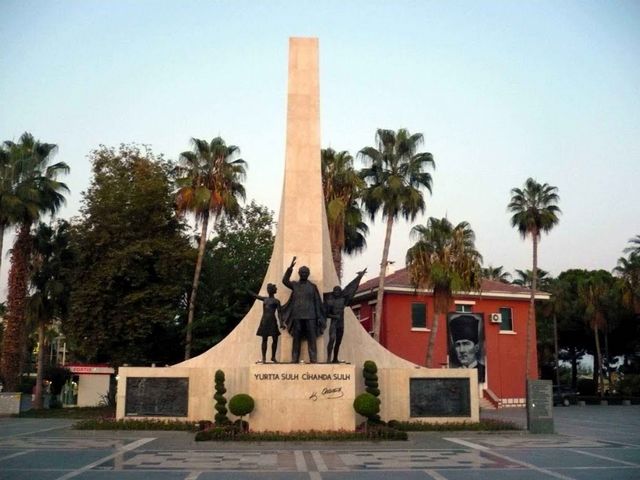 One of the most famous landmarks of Alanya Antalya since the 13th century. The tower, which is located at an altitude of 35 meters, is famous for the red stones that were used in its construction and its name was derived from it along with its historical role as a headquarters for shipbuilding and executions against prisoners. 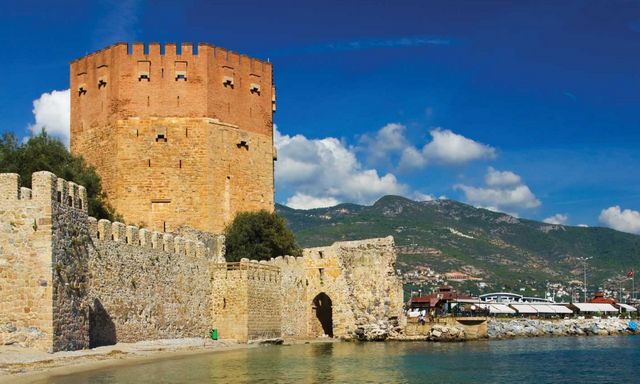 One of the most tourist attractions to the city of Alanya in Turkey, where the ancient wooden stalagmites reveal to you the beauty of the stone construction of the ancient cave.
But this is not all that attracts the attention of tourists to the cave, as the cave has great therapeutic benefits for those suffering from respiratory diseases, and Dim Cave is also one of the most famous cave chains in the city of Alanya in Antalya. 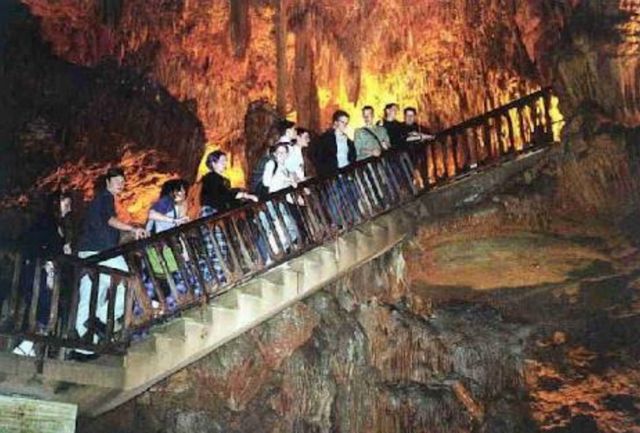 It is one of the most beautiful activities that can be practiced in Alanya Turkey, where the charming city offers different locations for organizing safari tours with SUVs, motorcycles and mountainous.
Perhaps the most famous of these sites is the Taurus Mountains, which are located in eastern Turkey, Alanya, at an altitude of 1200 m above sea level and the mountain villages that extend along its path, the Sabader Canyon waterfall. 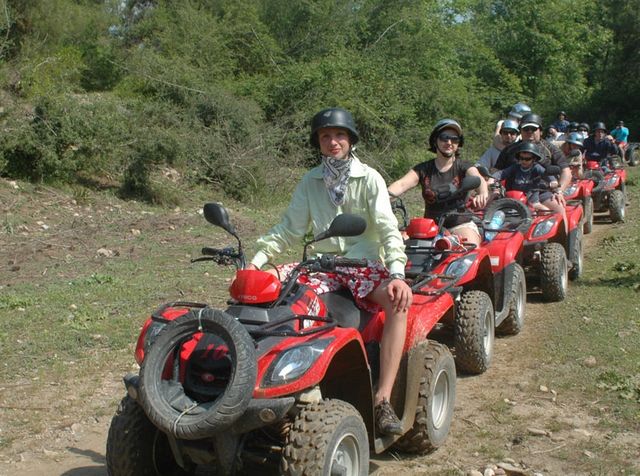 Nile cruises are one of the most beautiful things you can do during tourism in Alanya by visiting one of the surrounding fertile villages, where you can enjoy the beautiful natural scenery that surrounds you from all over the place and the breezes of fresh air that emanate from the pure river water with relaxation and recreation on the boat and eating Lunch or dinner on it or one of the scattered restaurants on the banks of the river.
Perhaps the best two places to win a fun and quiet Nile cruise are the Demkai River, which is 22 km from the Turkish city of Alanya, and the Green Valley area.

Thanks to its location on the Mediterranean coast, Alanya owns a series of picturesque beaches that are characterized by clear turquoise waters, fine golden sand, high mountains covered with greenery and pleasant sunshine that attract thousands of tourists annually to spend their summer holidays in them .. Read more 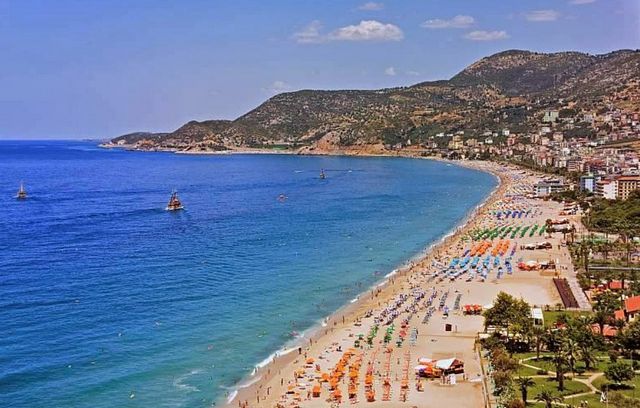 Articles you may also be interested in in Antalya:

The most important 20 questions and answers about traveling to Antalya

13 most beautiful tourist places in Antalya

The most beautiful 3 places for tourism in Antalya in winter

The best 4 of Antalya restaurants

The 6 best activities in goblins in Gourmet