The most famous tourist cities in Niger

Niger, or as it is known as the African Republic of Niger, which has a small nature and great internal wealth, it is a landlocked landlocked country.
It is located in West Africa, the lands of which are crossed by the Niger River, bordered to the east by Chad, to the west by Burkina Faso and Mali, Algeria and Libya to the north.
The French language is the official language of the country, in addition to some ancient tribal languages, the dominant currency is the African Franc.
Niger possesses tremendous underground wealth such as uranium, gold, many precious metals, natural jewelry, and massive oil wells.
The country of Niger has a host of attractions and sites worth exploring, such as the mountainous mountains such as Mount Air, flat plains.
It also contains many important tourist places, including: Niger National Park, Niger National Museum.
Holy religious sites such as: Our Lady of the Aid Cathedral, Niamey Grand Mosque, Old Town, Popular Markets as Maree’s Great Market.

The best seasons of tourism in Niger

In Niger, tropical climatic conditions predominate with droughts with high temperatures of 38 ° C.
The period from April to October is the best time to visit Niger to let tourists enjoy the scenic attractions between the city and its wonderful animal reserves. The climate also varies between three regions of the country.
In the dry desert region, which is in the north, temperatures are high during the day, and may reach 40 degrees Celsius with little rain.
As for the hills and eastern highlands, it is much lower due to its extreme sea level rise.

How far can you stay in Niger

To obtain a Niger visa, you must first make sure that your passport is valid for at least six months.
Any foreign person who wishes to enter the Niger country must hold an entry visa, and the visa is issued in the normal way, by going to the embassy or consulate of Niger in your country.

The capital and largest city of Niger, which is located in West Africa, where most of its population and population activities are concentrated on the west bank of the Niger River.
The capital, Niamey, is also the country’s main cultural, economic and administrative center.
Niamey is famous for several distinctive traditional industries, among which are: brick making, ceramic products, cement, textile industries.
The Niger National Museum is the first of its kind in Niamey, and it is the first museum in Niger. The capital Niamey also includes a museum of popular architecture.
The center of traditional crafts, the zoo contains rare species of African animals.

The city of Zinder is the second largest city of Niger after the capital Niamey, with an area of ​​145.430, as it is located east of the capital with a distance of 861 km, and it is 240 km from the Nigerian city of Kano.
The city has many vital facilities for the state, as it contains many features in addition to popular restaurants and classic cafes.

Niger has a group of good hotels that serve visitors with the best potential available, and in this report follow us with a detailed guide on the best hotels near the places of tourism in the Niger based on the evaluation of Arab visitors to them .. Read more 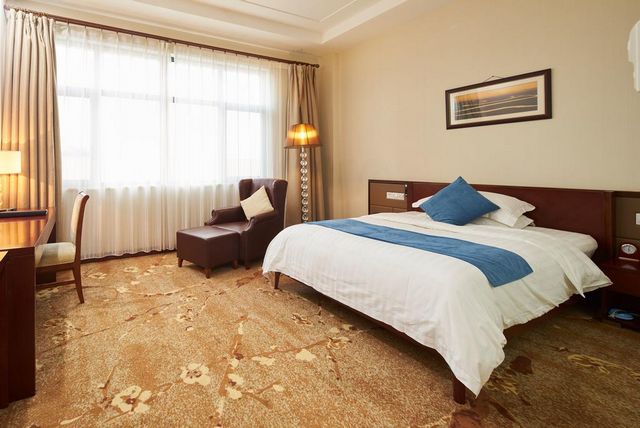 A report on Calista Hotel Antalya