Tourism in Dallas, USA .. The most beautiful 12 tourist places

Dallas in the state of Texas in America has a long history related to agriculture, oil production and livestock, and this has developed into one of the most important centers of trade. Tourists can enjoy Dallas through its many museums, which reflect the city’s history, as well as art, parks and various entertainment destinations.

The Museum is located on the sixth floor in the Daily Plaza, and one of the attractions in Dallas interested in the political history of the United States. It includes exhibitions that reflect the political climate of the early sixties. One of its most important stations; President Kennedy’s visit to Texas in November 1963, along with a focus on the last days of his life. As you wander further, you find many pictures and audios that commemorate the tragic assassination that shocked the entire world. You will also find traces of the accident, such as forensic evidence and purposes used by the FBI, along with Lee Harvey Oswald’s wedding ring and Jack Ruby’s hat. 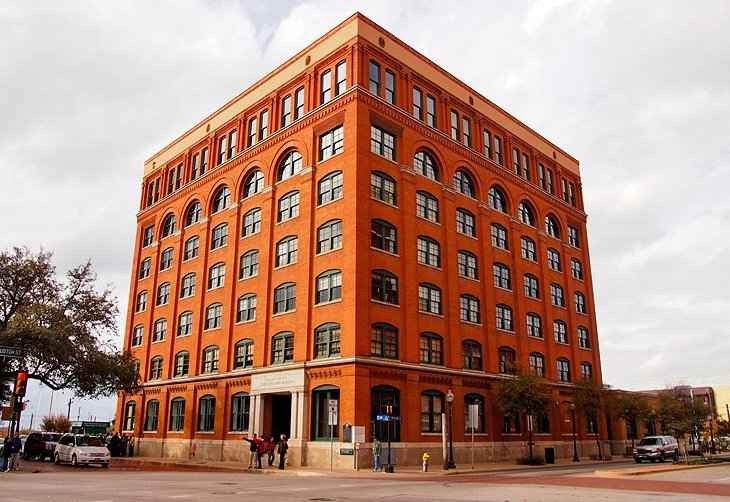 The Dallas Arboretum and Botanical Garden

Minutes from downtown, you will find one of the most beautiful places to visit in Dallas. The nursery and botanical gardens extend over an area of ​​sixty-six acres along the southeast of Lake White Rock. There are groups of the best seasonal flowers, ornamental shrubs, trees, and plants in the world. Gardens are also held by a group of; festivals, concerts, shows There are also artistic tours to learn about the place. You will also find a group of amazing sculptures and fountains, don’t forget to wander around the White Rock Lake, which includes ten miles dedicated to hiking and nature exploration. 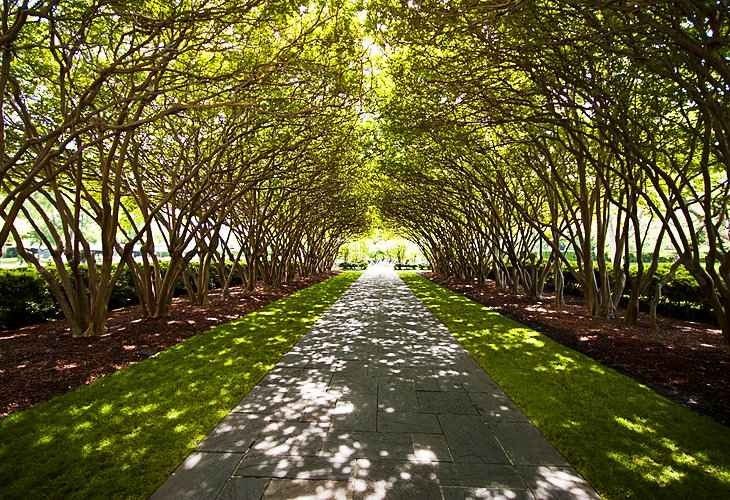 The Dallas Arboretum and Botanical Garden

Perot Museum of Nature and Science

The Peruvian Museum of Nature and Science is located; one of the best tourist attractions in Dallas within; an architectural masterpiece designed by Garlic Maine, and is a great destination for families and curious tourists. The museum is divided into several regions, each dedicated to specific sciences with; interactive educational stations, games, and high-tech shows These sciences include; engineering and invention, energy, development, earth sciences and others. Also includes a 3D theater as well; a Moody Family Children’s Museum and playground. 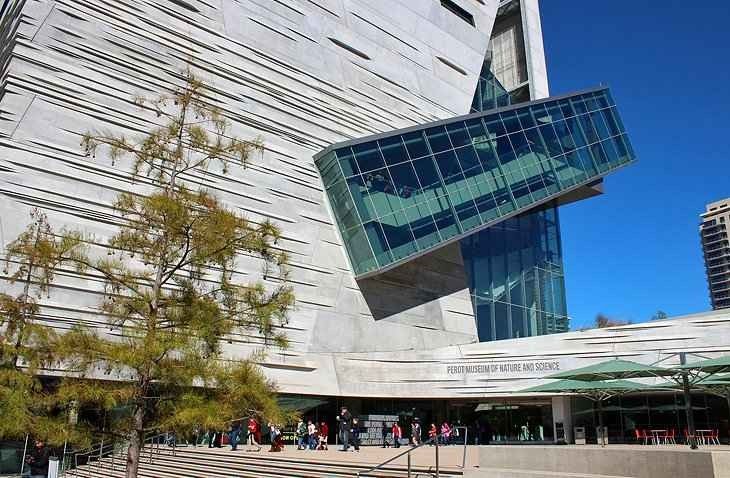 It has remained in shape since 1903 and is one of the ten largest museums in the United States, making it a unique destination that should not be missed when traveling to Dallas. It includes a collection consisting of; more than twenty-four thousand artworks from America and around the world; classical art, artifacts belonging to ancient Egypt, Rome and Greece are among the most prominent works of the group besides; drawings by Claude Monet inside the European Art Gallery, and contemporary pieces by artist Jackson Pollock. The museum also has several temporary exhibitions that focus on; a number of works by prominent artists, as well as historical collections, and focus on some important art topics. 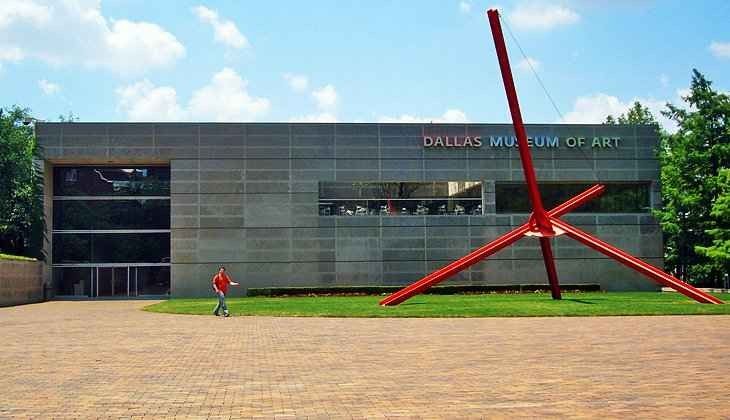 It is one of the best places to visit in Dallas for both adults and children, as it is an enjoyable educational and entertaining destination. It is located within eighty-seven gallons of salt water, various forms of marine life such as; pointed-headed sharks, rays, jellyfish, mammals, and the dragon, along with a huge coral menstruation. Also includes the Orinoco Rainforest Gallery, which includes species Many birds like toucans. There are also amphibians such as the Orinoco crocodile and poison frog. 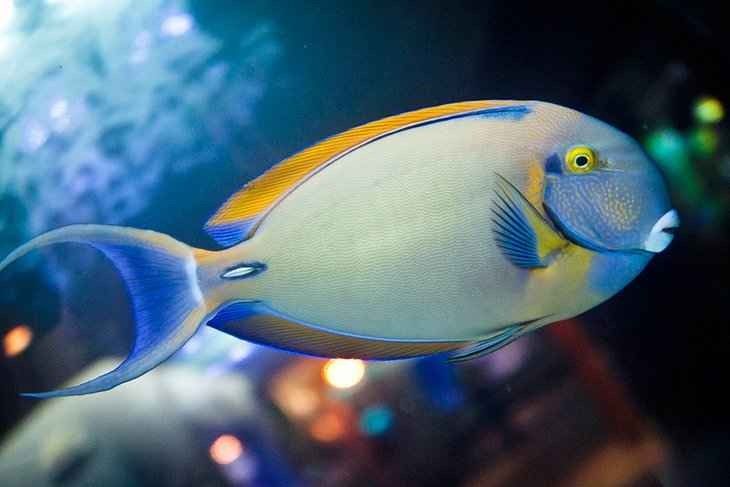 The Dallas Drive sculptures are located within the Pioneer Park, one of the attractions of Dallas that are of great interest as it is considered an important natural archaeological site, including the path that was crossed by cattle in the nineteenth century. The river, by three mountain cowboys. These sculptures were designed by Robert Summers. 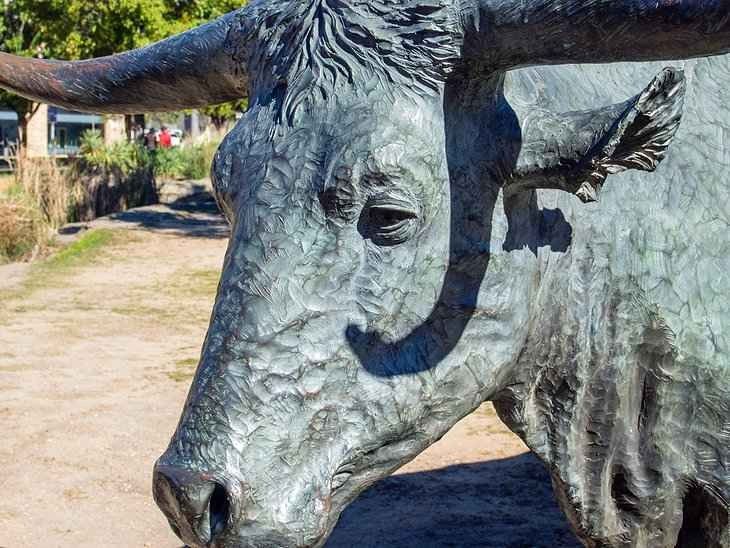 One of the most important places of tourism in Dallas, an area of ​​one hundred and six acres, and includes more than two thousand animals of four hundred and six different species. Three miles from the city center, and an ideal destination if you travel with your children. It was founded in 1888, making it one of the oldest United States zoos. Focuses on the wildlife of North America and Africa. 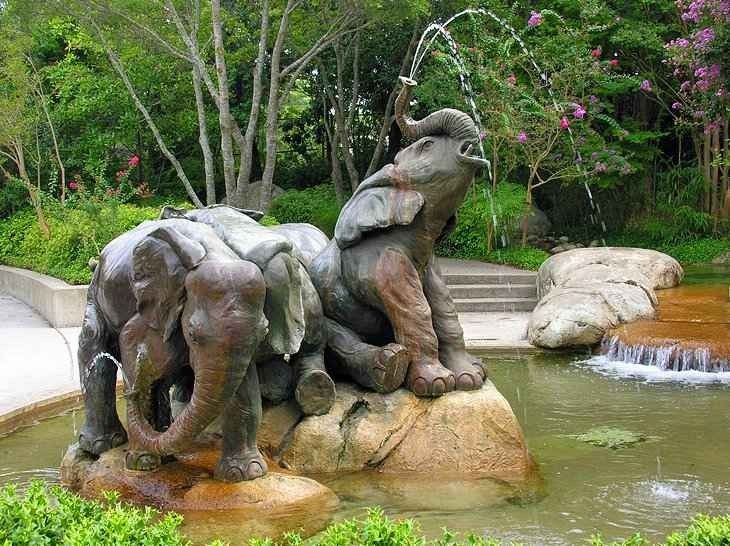 Reunion Tower, although it is not the tallest building in town, but it is definitely a must visit when traveling to Dallas because of its distinctive design, which is characterized by five pointed concrete cylinders up to five and six feet wide, and enjoys a magical view at night. It was completed in 1978 and today includes a restaurant It features a unique breath-taking view and also contains a Jue disc that provides visitors with building information. 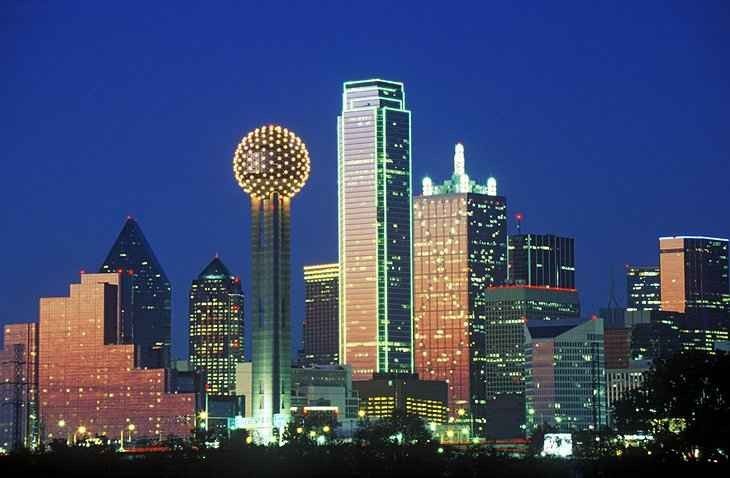 The Nasher Sculpture Center opened in 2003 and includes a group of modern and contemporary sculptures, as well as exhibitions that explain the history of sculptures, which places it among the most important tourist attractions in Dallas. It is located in the middle of the Dallas Art District, which contains a huge external sculpture. The center also houses outstanding artworks by: Edgar Degas, Henry Matisse, Pablo Picasso, Max Earnest, and Andy Warhol. He also holds a number of lectures and concerts. 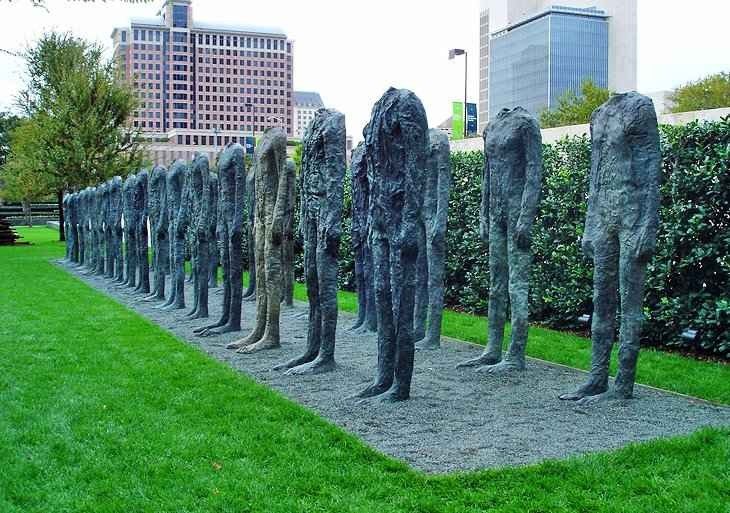 The Museum of Aviation Limits is one of the most prominent places in Dallas. It includes more than thirty aircraft, and displays the history of aviation from Leonardo Da Vinci to modern space exploration. Among the aircraft on display are Wright Flyer and World War I and II aircraft. There are also exhibitions on commercial aviation, and its development over the ages. 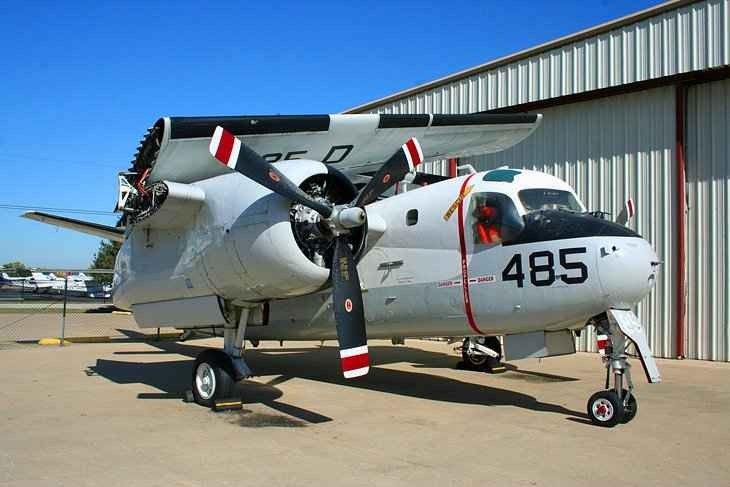 Founded the African-American Museum in 1974 and includes exhibits on African-American culture, art and history, as well as references to African traditions, and cultural icons making it one of the best places of tourism in Dallas especially for history lovers. There are also pieces of art, and a library with historical archives. The museum also holds a number of entertainment and educational programs.

The Bishoy Arts District is one of the most important destinations in Dallas there; you can do an endless number of activities such as shopping, eating some delicious food, or attending a number of entertainment events. You can find many clothing stores, restaurants, and simple and amazing cafes beside this; Many festivals you can attend. A unique destination that allows you to socialize with the locals, and huge cultural diversity so don’t miss it.

Tourism in Dresden, Germany … and the most beautiful 12 tourist places